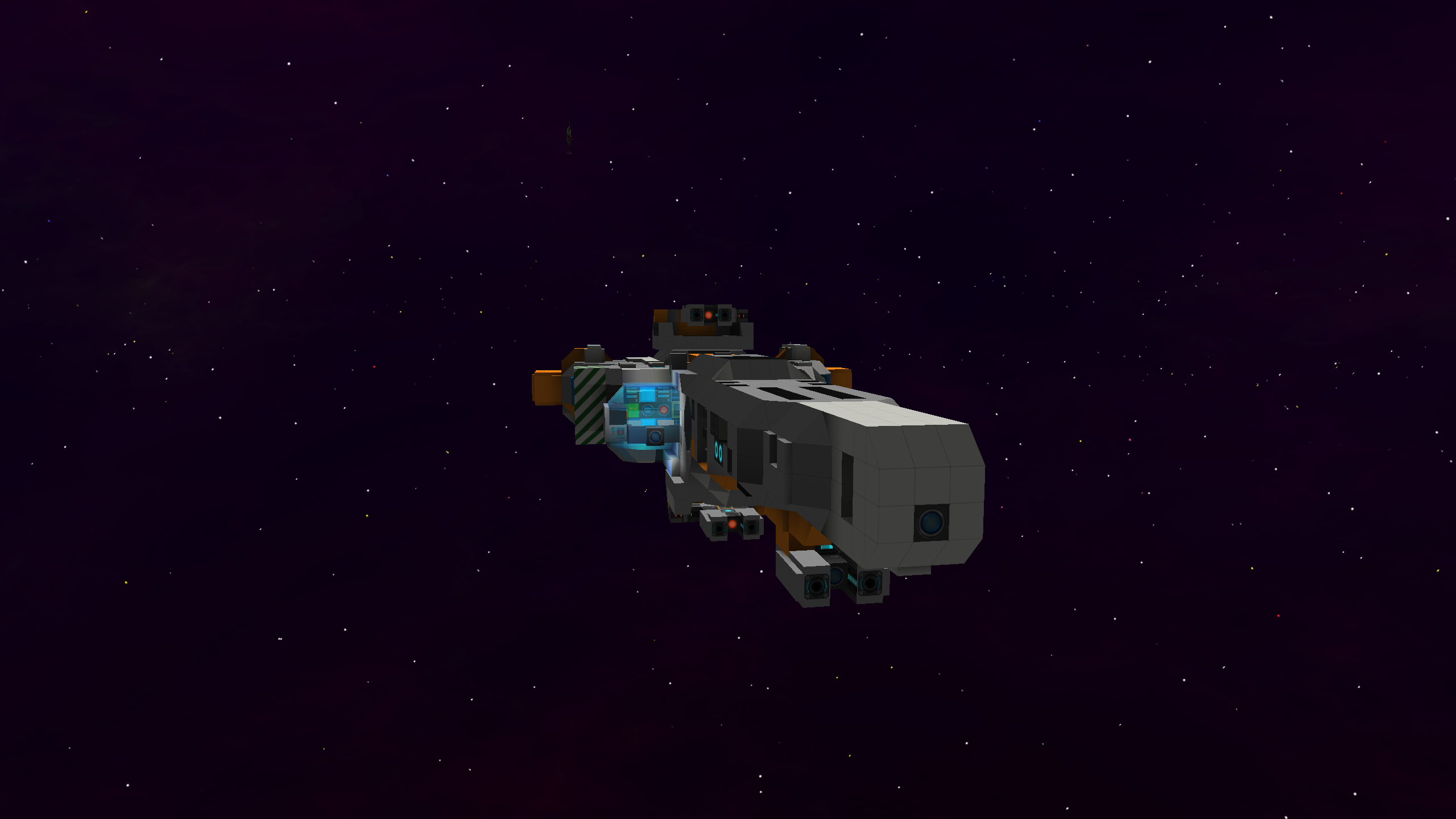 side front view of the short bow. undeath's it's head where it's sensor suite is lcoated, is both the hard point weapon and Laser emitter.

A first of the Gunship class, a transitory ship between light fighters and corvette's, the Shortbow LSG M1 or simply the Shortbow Class Gunship is an entry level ship that takes many ques from the Longbow class corvette in design and versatility, despite it's basic armor, weapons and lower turret numbers.

Designed for pursuit of fighter craft and drones initially, it's role expanded during design to act as a light missile platform, point defense ship, and attack craft. Thus, it sports two turrets that can easily be set to pilot specifications to either act as PDC's or additional weapons as the situation (or the whim of the pilot) dictates.

It also features a Hard Point cannon that can allow the Shortbow to perform strafing runs or medium range engagements on larger, slower ships without need for pilot input. This can easily be scrapped and replaced or recycled if needed or desired.

The Shortbow sports a strong balance of FTL capabilities and highly mobile Engines. Combined with Inertial dampeners, this makes the Shortbow capable of maneuvering just as well as a Leafhead interceptor or joining FTL jumps with a Bodkin class fighter.

In addition, it also sports lightly bolstered shields to assist in shrugging off light weapons, and a basic recon array, making it ideal as a basic patrol craft. However, when in battle with heavier tonnage vessels, it would be ideal for most Shortbow pilots to work in tandem with their heavier counterparts or fighter screens.

The Shortbow however, earns it's name for it's short distance beam weapon, designed to chew through exposed systems of fighter ships, and down lower charge shields of heavy tonnage targets at close range or quick attack runs. Not to be at a loss at long range, its weapons kit features a single missile launching system with a capacity for 3 warheads, enabling it to perform fighter, bomber And broadside roles as the needs of the fleet dictate.

While not as robust, armed, or equipped with in depth logistics systems as the Longbow Corvette, the Shortbow nonetheless earns its place in the fleet for its ease of construction, modification, piloting and versatility. And, if flown smartly and with proper support, it can definitely standout. 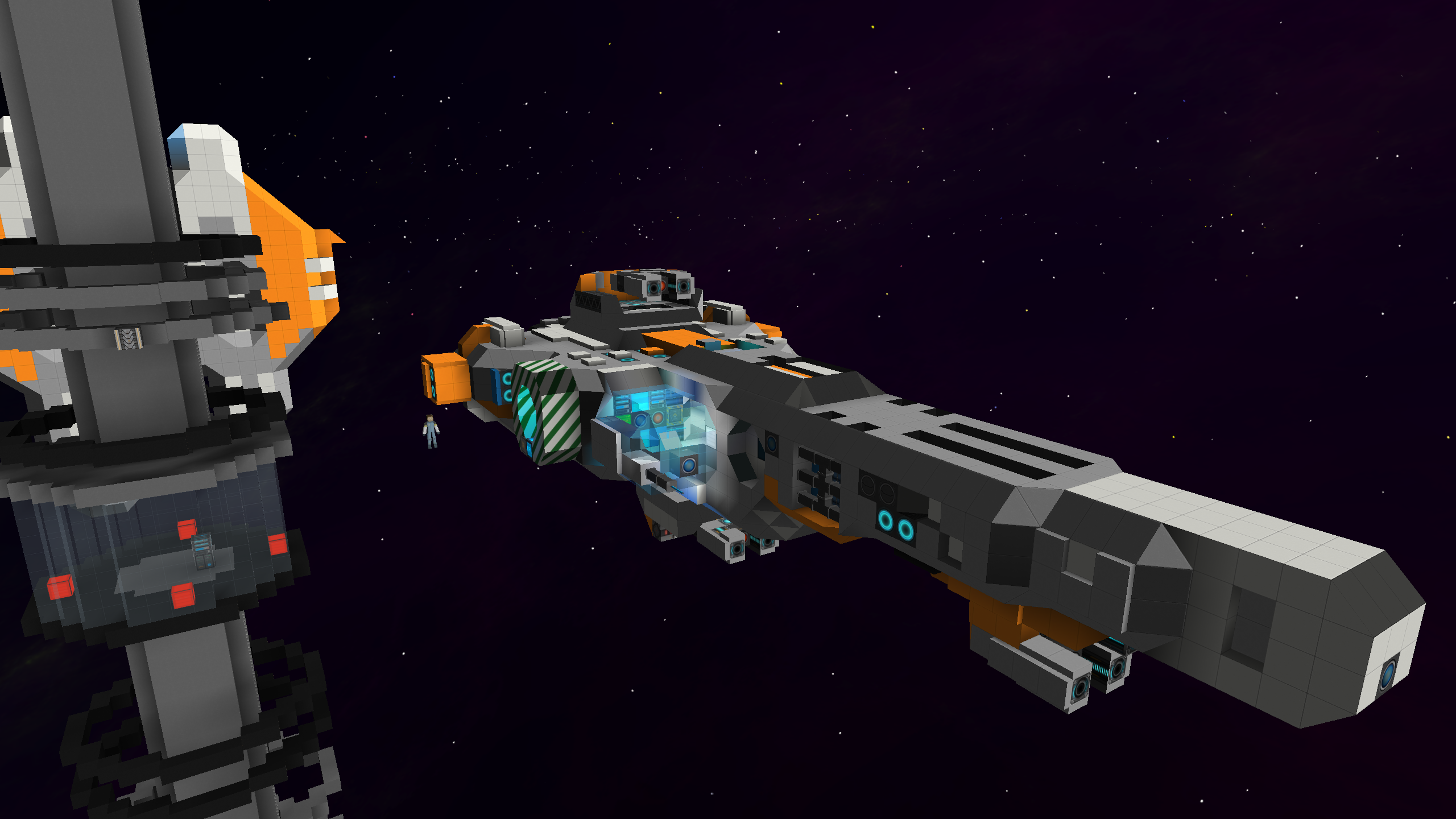 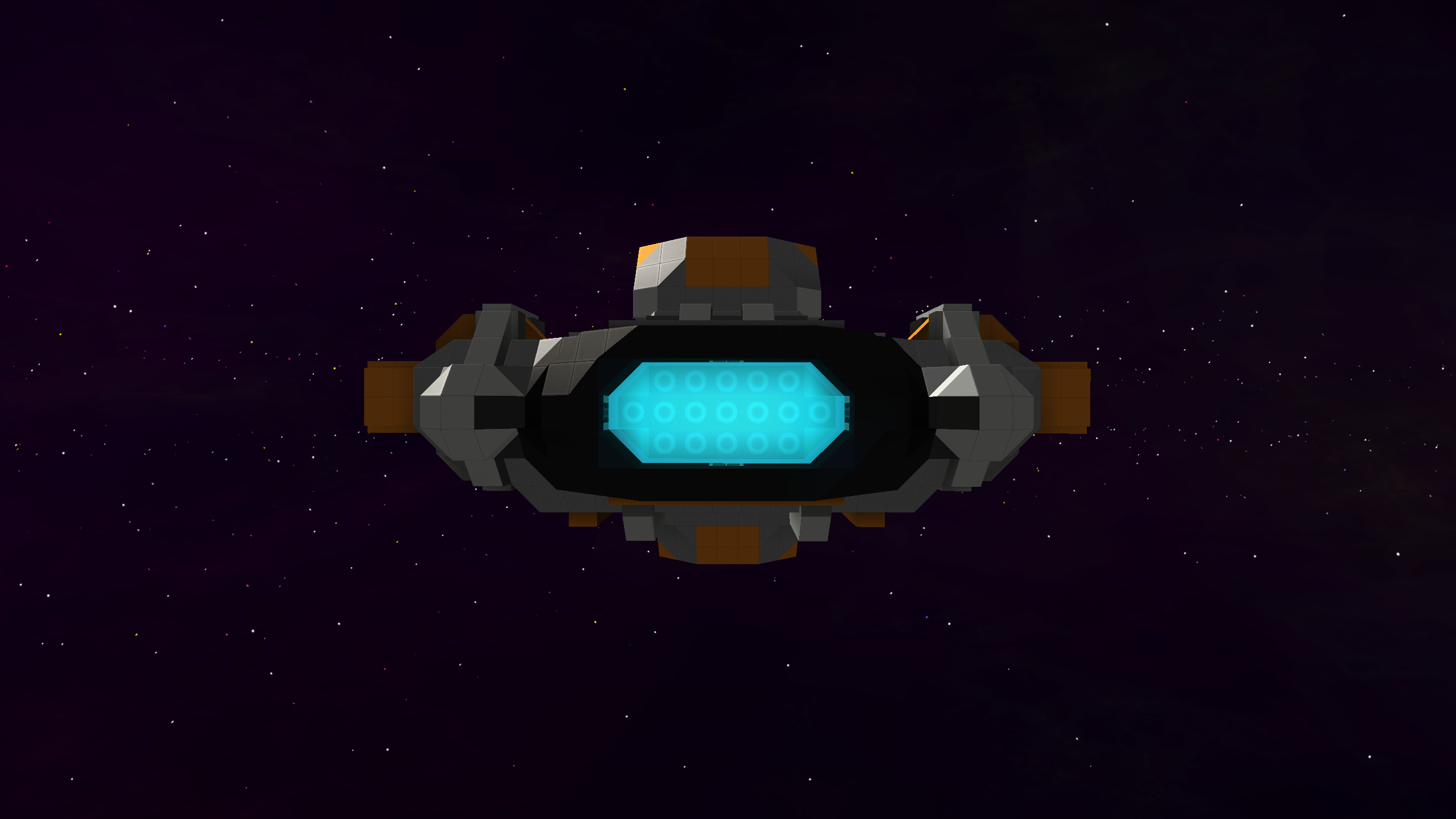 pic of rear thruster, a notable distinction compared to most light tonnage ships with the exception of medium and heavy 'light' ships like the Spatha or the Calideb.

note: Turret's are set to Ship to ship, but can be switched for either PDC or ship to ship. 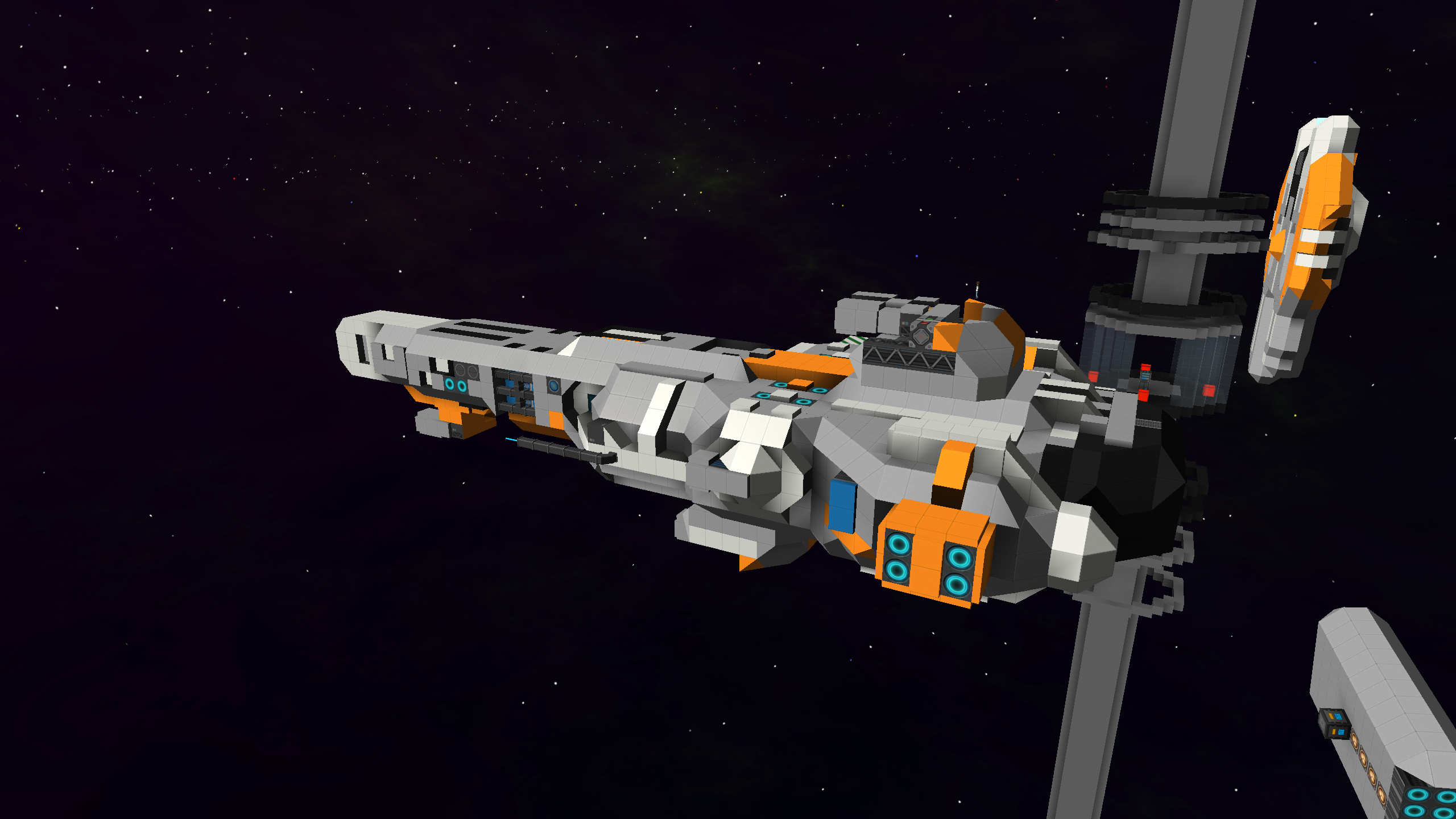 Side view pic displaying position of upper and lower turret along with hard point weapon.

Authors note: it's been a while since I've posted anything here, but i truly hope you will find my ship fun and useful. while it may lack the scale and 'omph' of a Frigate/Battleship, i hope it's speed, design and versatility will leave you open to flying it.