Description:
The Spatha Medium Star Fighter, or Spatha-MSF-V1 for short, is the first medium class combat ship entry in the fleet. More of an upscaling and upgrading of the Bodkin M1, it's wider and longer dimensions allow for more power, shield and chamber capacity, as well as improved weapons. It's medium classification is more due to improved armor and fire power, but at a cost of speed.

Sporting two Auto gun barrels, the Spatha is perfectly equipped for destroying the shield's of lighter ships and destroying cheap drones. To further enhance the fire power of the Spatha, it come's equipped with 2 Dumb Fire missile barrel's, allowing it to perform strafing runs on capital ships and offering something more substantial against slow moving and unshielded, but heavily armored targets. With a total of 4 weapons (2 systems with 2 barrel's each), this allows the Spatha to fill the role of fighter/bomber without too much difficulty or specialization. However, aside from it's missiles, it has no long ranged sniper capabilities.

it's FTL capabilities are largely the same as it's lighter counterpart, but with an auto charging sequence that allows for less time investment in FTL drive windup, and more time for pilot's to focus on navigational/combat/docking task. Another distinction is that it's shield's have also received a base upgrade, enhancing's it's durability slightly.

with all this in mind, the Spatha-MSF-V1 makes a great balance between fire power, role flexibility, affordability, and durability in regards to small ship warfare and hit and run tactics. however, against heavier and more destructive ships, it is not invincible. 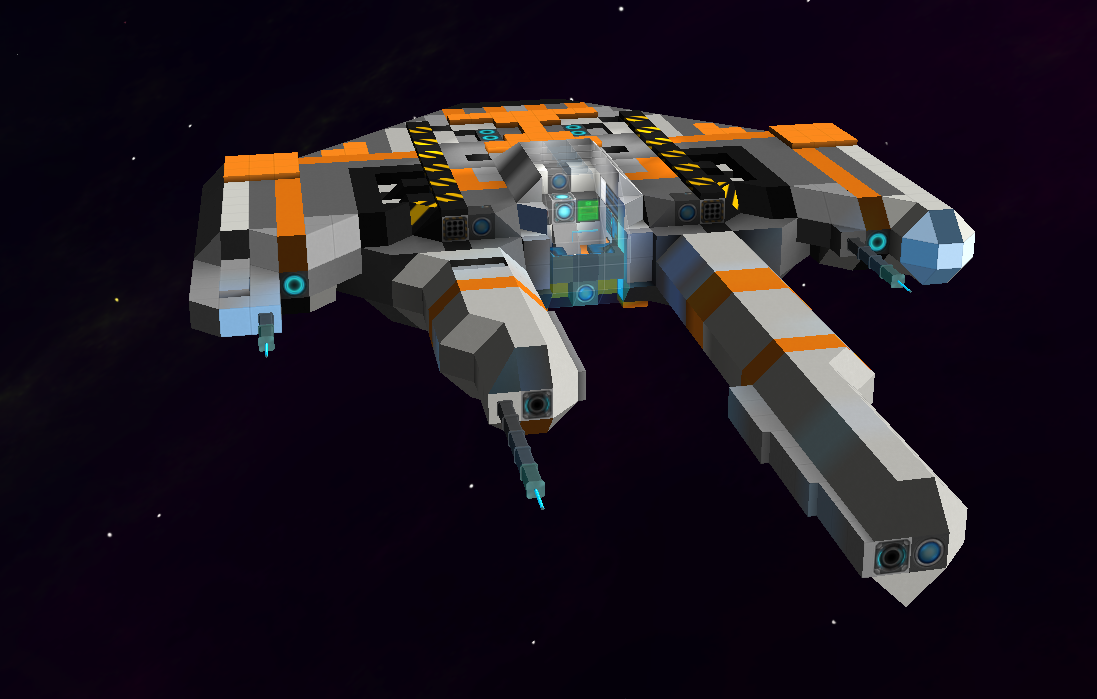 Reactions: Investigator 7, docpenguindoc, Nording and 2 others