The Longbow Class Corvette is the backbone of corvette-frigate based space warfare, designed to spearhead raiding parties and fighter squadrons, provide support for missile screens for flotillas and to be a reliable and relatively affordable entry level ship for those who prefer more armed and sturdy ships.

sharing the asymmetrical aspects of it's lighter fighter and bomber counterparts, Longbow's come armed with a 6 barrel tracking missile weapon system, with a payload of 14 missiles, which is ideal for delivering a consistent volley towards heavy tonnage hostiles. it's secondary armament is a large cannon that, while lacking the punch of dedicated artillery or the range of sniper systems, can be a good backup weapon in case the initial missile volley is intercepted by point defense systems.

adding into this aspect of flexibility, is that it has two camera's mounted to it's left and right sides, allowing the longbow to hold position alongside other broadside style ships to add further to any missile screen.

however, the longbow is not only good at range. it's two relatively massive engines and reverse thrusters make it a good skirmishing corvette to speed up to targets of interest, ideally immobilized or disabled ships. it's loadout of turrets, which include 6 low power cannon's, mean that it can deliver damage, however minimal, at a consistent rate.

adding further to combat capabilites, the ship comes with two missiles launcher turrets, each with two barrels, and two rapid fire cannons on it's side which can be changed from anti missile weapons to additional combat turrets.

It's speed and combat capabilities are not it's only features however. Equipped with a level 2 reactor booster, a level 2 mobility enhancer and base armor and shield upgrades, this allows the longbow to fufill any direct combat related role. and it's pre existing abilities are only further enhanced my it's shield capacity and FTL capabilities, allowing it to dip into hostile areas for hit and run attacks, or act as attack ships for spearhead operations.

In short, the Longbow is an ideal ship to if a pilot or fleet commander who tires of relying on fighters and small tonnage vessels decides to take their first steps into heavy tonage vessels. with a perfect balance of speed, endurance and firepower, this ship can fit any offensive or defensive role a captain desires.

note that while it's innards are composed mostly with power reactors, stabilizers, shield capacitors and other necessities, it's reliance on shields over armor mean that there are openings with for further power, missile, thrust, or cargo modules. If a pilot with resources to spare wants to further amplifiy the performance of their ship, they are more than able to. 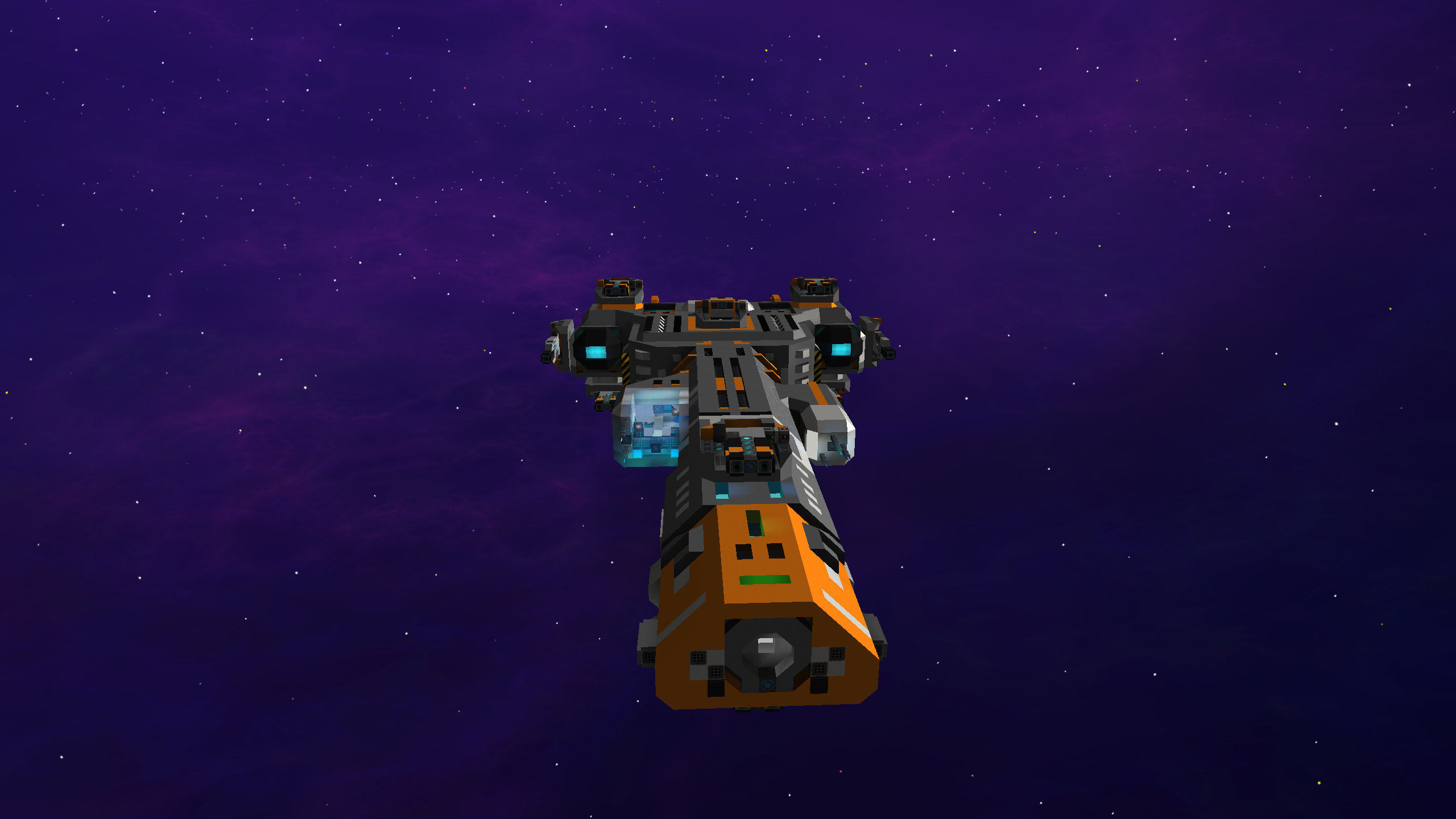