Cyberspace Shipyards proudly presents the Zircon-class Asteroid Miner ...one of the bestest mining ships that credits can buy!


The ship features two equally sized mining systems, the outputs of which are arranged in an interlaced/chessboard pattern. One mining system is meant to be used manually (continuously clicking on its computer on the hotbar) while the other is logic-automated (can be toggled on/off via a hotbar remote). Having the automatic mining system active too while using the manual one (to double your block eating rate) will result in a 114% reactor load upon thrusting. This is no reason for worry, since there's no need for long bursts of thrust when mining.

When the jumpdrive auto-charges, thrusting at the same time will produce 105% reactor load. This again is no problem, because with a mere 5% overload rate, the ship could continuously accelerate, zero-to-topspeed and then back to zero TWICE, before a temporary power outage would occur. Just don't have the throttle pushed to the floor all the time, and all should be fine.

Cargo transfer of onboard storage can be achieved through either of the two USD airlocks' docker block. Alternatively, you can fill the docked cargo pod atop, and detach and leave it at your homebase, possibly setting up some automatics that can conveniently replace the filled pod with empty ones. 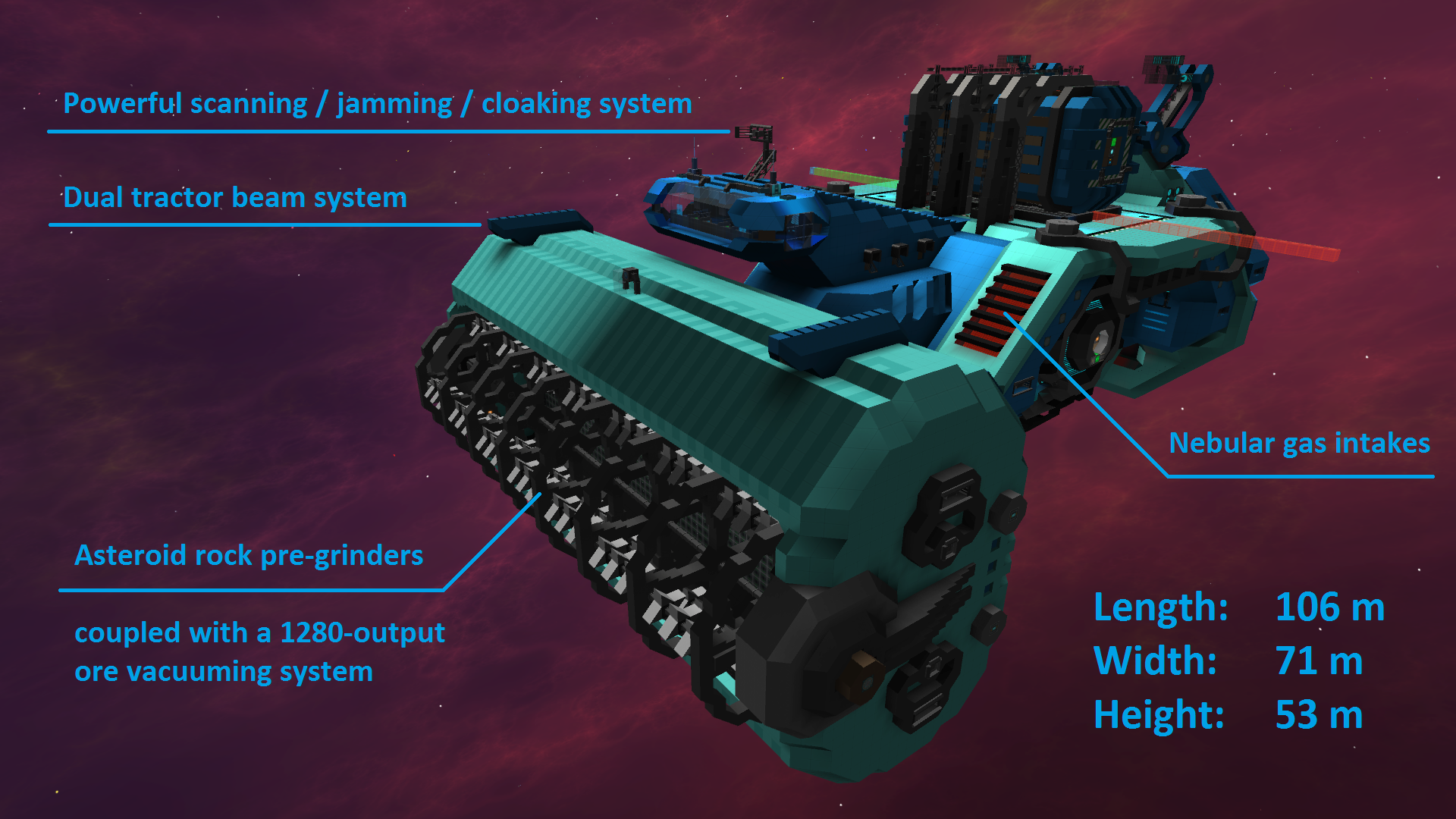 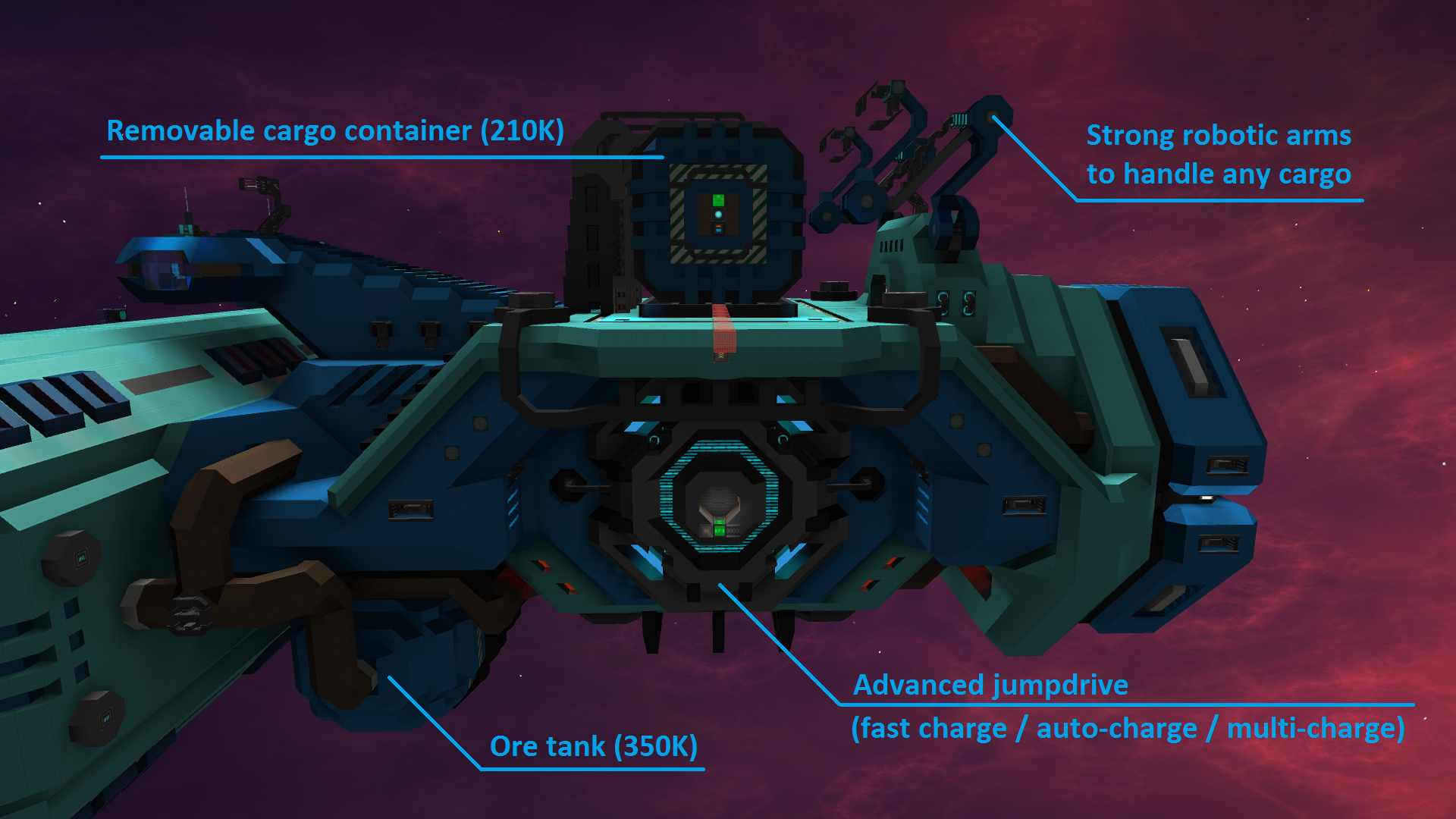 DeepspaceMechanic
Thanks! :)
Love the look and feel of this ship and the functionality built into it, the use of rails on the cargo pod and the interior decoration. Definitely an A+ mining and roleplay build.

DeepspaceMechanic
Thanks very much for the review! Nice to know that people appreciate the look a feel of this ship, this convinces me that it was worth building it.

Glad to hear that you also like the cargo pod railing and the interior design, I tried to put a lot of attention into them.

DeepspaceMechanic
I imagine so myself :D But it's still a tad more realistic than hoovering up vaporized rock with lasers, the radiation pressure of which (or the jets of gas it would produce on overheated surfaces) would instead blow away that stuff in reality - I mean, does StarMade even science?!

Anyways, I'm glad you like it, thanks for the 5 stars! :)
Read more…
Top Bottom