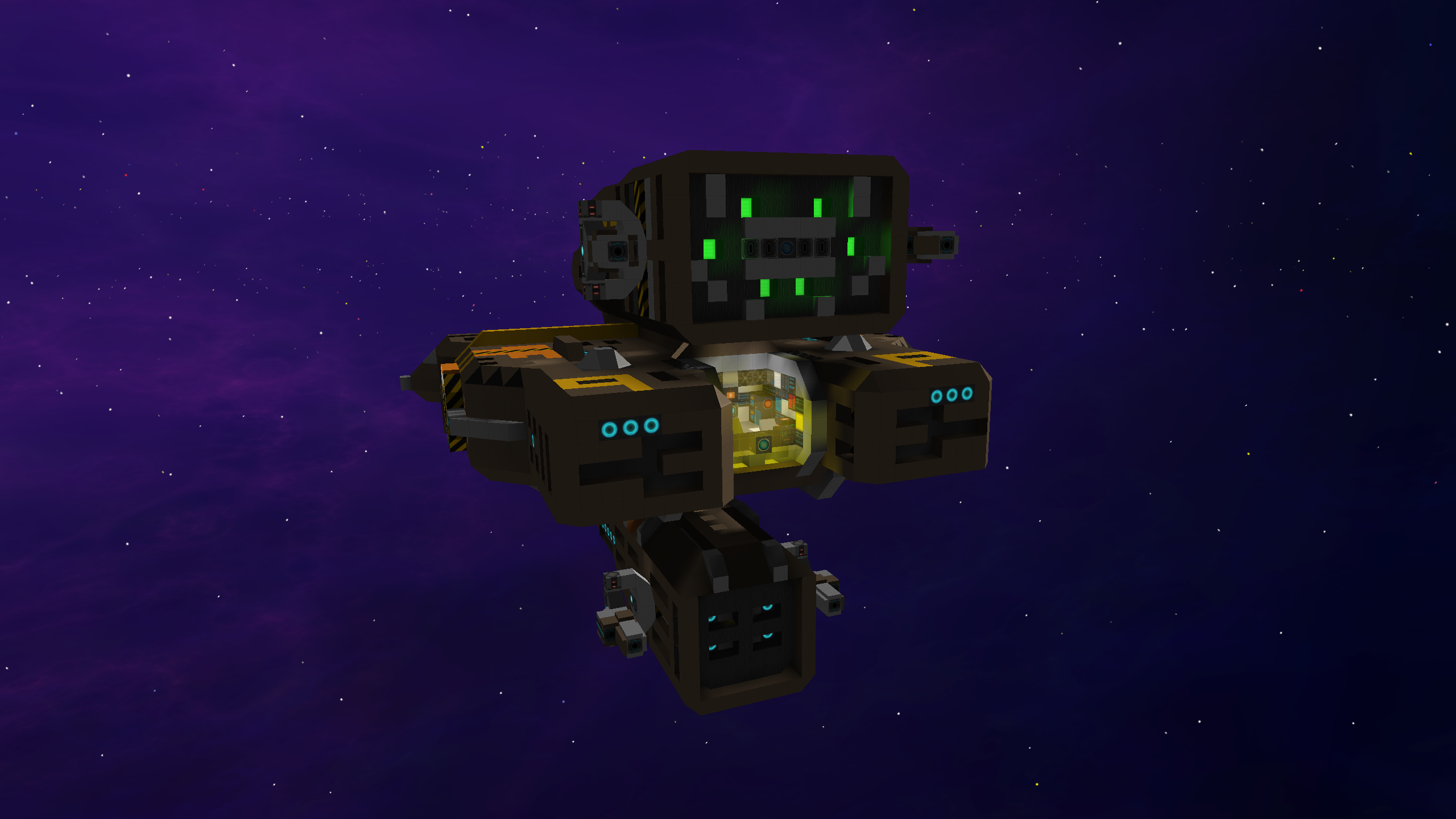 filling the need for a dedicated repair ship, as well as an entry level, multipurpose, civilian ship, the Capybara acts as the ideal ship for an aspiring miner or volunteer repairman. The fourth entry in the Animal series, the capybara is the ship that leans more towards civilian roles.

while lacking the hardened shield capacity of the Badger, the forward fire power of the Hyena or the dedicated AMS of the Hedgehog, the Capibara dose sport a higher shield recharge rate and four turrets to deter any poorly armed or coordinated ships, or to act as additional mid-range fire support.

again however, this ship is meant to act as a repair ship, supporting larger or slower ships during combat, or repairing damaged vessels during or after a skirmish. It has no forward weapons, but it compensates by sporting a small but powerful repair array, a single mining beam, as well as an anti grav system, making this ship a somewhat ideal lander for planetary exploration.

However, it's most notable feature is it's two cargo holds; one for mining, salvage and spare parts storage, whilst the other can be used as personal/dedicated ship cargo. While it may lack a dedicated transfer system, it's two USD (right and left) airlock ports are easily modifiable.

While it's somewhat hollow interior may deter pilots and builders, it's ease of modification- a feature common throughout the Animal series- allows any pilot with enough resources and time to turn their respective capybara corvette into any number of roles (repair, freight, mining, combat, AMS, etc.) post purchase/ construction.

when this relatively small and humble ship flies by and joins it's allies, it for sure embodies the oddly comforting aura of it's namesake animal.

Authors note: I misspelled Capybara, I didn't know there was a 'y' in there, lol. But don't let the spelling error stop you if you're curious and want to use this ship. Just keep an eye out for 'Capibara' in the .smnet file and you should be all good. hope you enjoy
Reactions: Macharius and docpenguindoc