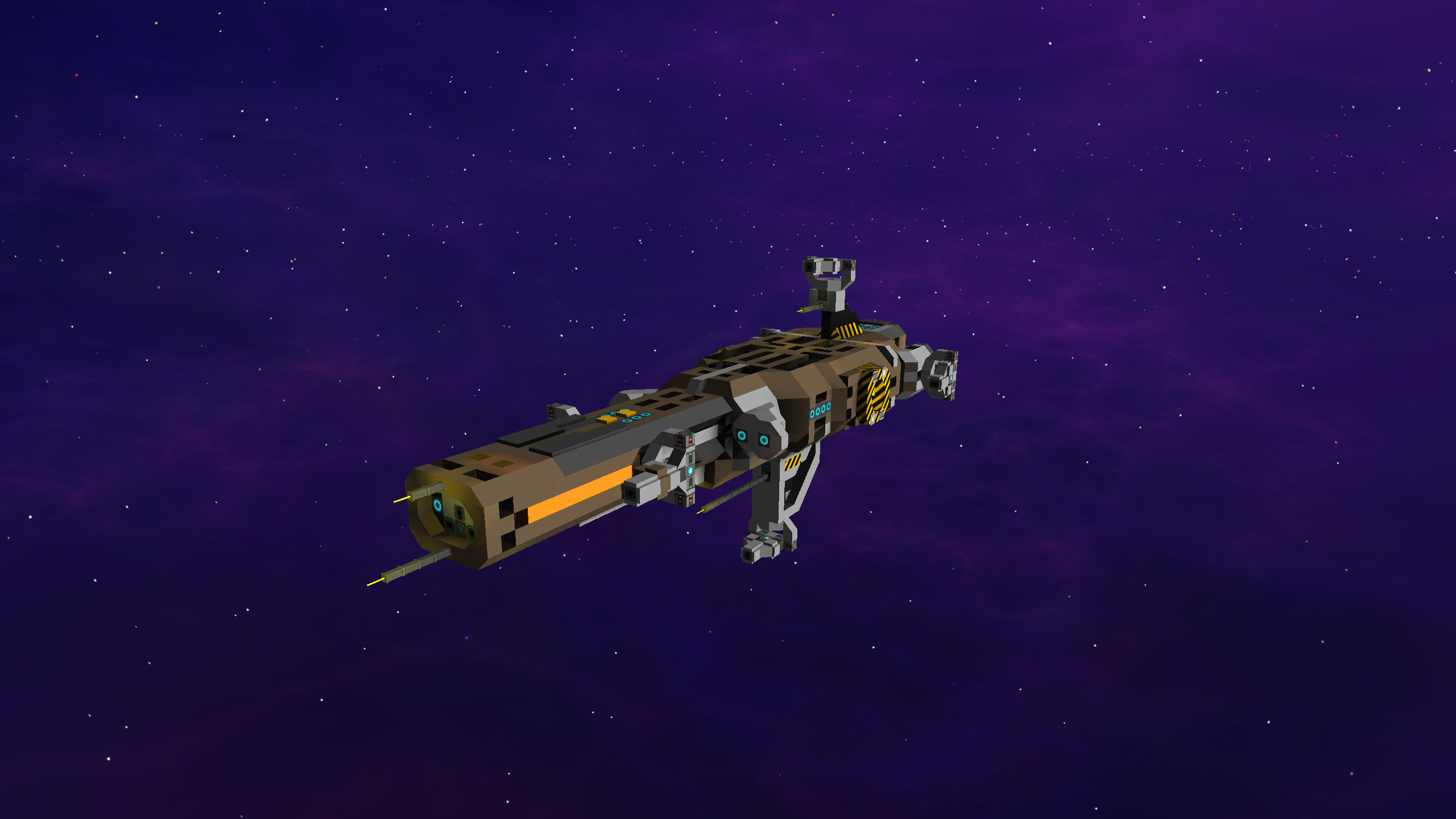 Description
the hedgehog class patrol craft, or simply the Hedgehog, is the 3rd entry in the Animal series, and is the dedicated anti-missile ship in the line up, sporting 4 'Swiper' AMS PDC's, exchanging direct damage via turrets for a relatively impressive anti missile screen, making it a match for light missile boats.

somewhat considered an entry level ship for new recruits/pilots, the Hedgehog none the less sports impressive abilities. sporting a tier 3 recon suite, a tier 3 FTL drive, and an impressive afterburner, the hedgehog can easily join or withdraw from a conflict with other strike groups, pursue targets, and act as a solitary scout for new territory.

However, the emphasis on speed and anti-missile assets means that the hedgehog must really on their mounted cannon and there two combat turrets to take down targets. while the pilot of any vessel can re arrange the turrets to focus solely on destroying any hostiles, it's best to outmaneuver enemies or bring back up against heavier tonnage vessels.

while not sporting the compact and small profile of it's name sake (indeed, even sharing a profile similar to the short bow ), it's best not to under estimate the Hedgehog. It may not have the close range fire power of the Hyena, or the durability of the Badger, but it serves it's own role well enough. with enough interior space for further post construction modifications, any pilot can turn this vessel into a considerable asset.