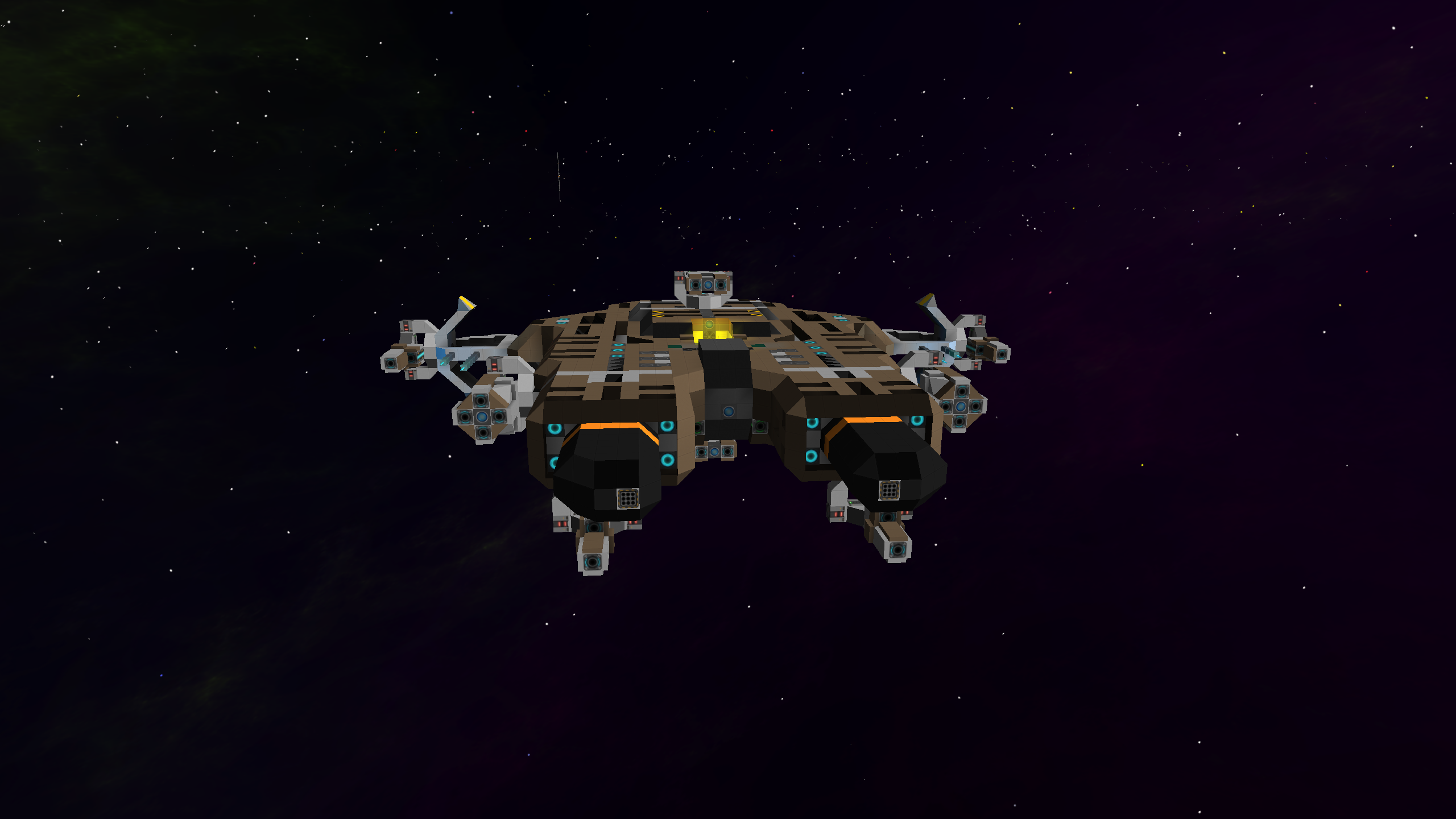 Description:
the second entry into the 'Animal 'series of ships, the Badger Class Gunboat, or simply the Badger, stands in as a ship designed with the intent to deliver damage at various ranges, and to tank as much damage as possible from other light attack ships.

going through several iterations and multiple redesigns, this ship has seen a multitude of purposes and retrofits before being assigned its final design. The Badger comes equipped with two dumb fire missiles, making it a good stand in for bombers on slow moving capital ships and stationary targets, although it lacks the tracking systems of more modern missile ships.

to compensate, the Badger comes equipped with Eight turret ports, turning the ship into an attack platform that can dish out damage just as good as it gets. while it lacks the rapid fire of its counterpart, the Hyena, its mid-range cannons are a reasonable stand-in, and its sniper guns allow it to whittle away at any target that fails to withstand its cannons.

complimenting this, the Badger also sports an impressive Shield Array, allowing it to tank small weapons fire, and a shield capacity that outperforms even some professional frigates. while this makes the Badger Durable and ideal for being a midline combat ship or a support element of a forward attack, it by no means makes it invincible.

Another feature is that it sprots is a Tier 3 FTL Drive, allowing the badger to keep up jump wise with other ships, but it trades off sub light speed, sharing the usual max speed of most vessels not sporting after burners or speed modifications.

like all entries in the animal series, it also sports a small salvage array, allowing a pilot to reap several rewards from a fight or to mine a belt in relative security. combined with a reasonable cargo capacity

it's logic systems are also somewhat basic, so any pilot/captain looking to modify it can do so without jeopardizing any systems. and while it's docking rail is well placed, it may struggle with USD'S.

much like it's cousin, it's ease of modification is it's greatest strength.

and much like the animal it's named after; it won't go down without a fight. 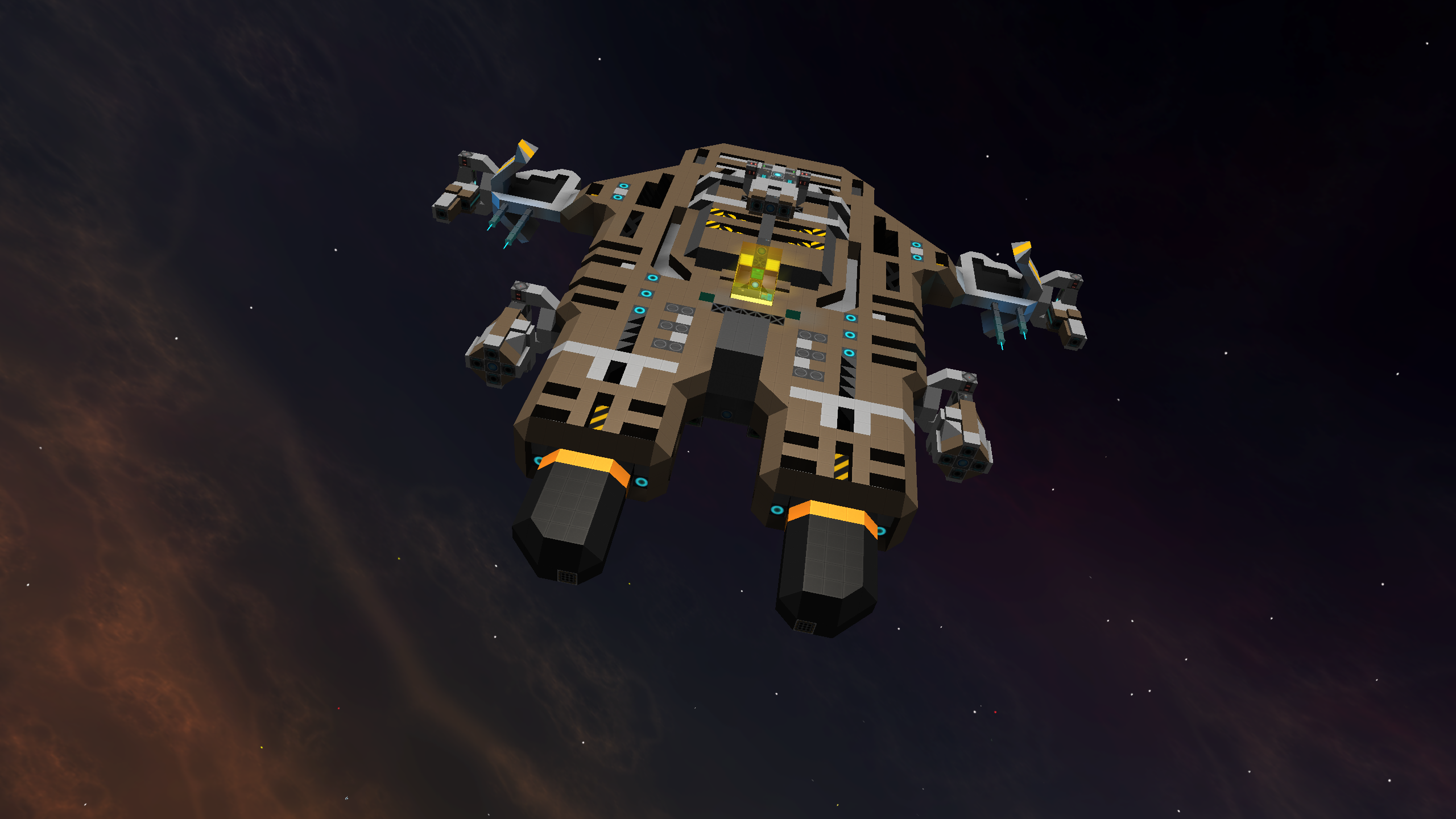