This 20k mass corvette comes in at 146m length and was purpose built for station defense, deployed in fleets of 10 ships, using Wolfpack tactics against much larger ships.
Its armed with a heavy heat-seaking missile launcher (4k blocks) and a backup beam weapon (1.5k blocks) to counter the shieldbug where missiles will drop it to zero but wont break shield. Additionally it has a fast fire rocket launcher to confuse enemy pointdefense.

The SnakeEye features a heavy armour plate (9 blocks deep advanced) towards its front, and is built and tested to stay alive and operational as long as possible, assuming hes always facing the enemy.
The ship has a thrust/mass ratio of 3.2 and reaches speeds of up to 483 m/s, making it fast enough to be able to catch up with most bigger ships.
20 of these ships were in service during my time on brierie (summer 2020) and worked very well, suffering zero losses and successfully repelling attacks from up to 150k player ships.

Roleplaywise it features a completly walkable engineroom, where all 6 engines are visible.
4 docks, and one logic controlled airlock between interior and engineroom. the two front docks lead to a small mess hall, with medical cabinets, the two back one to the ship core and command room. Along the side of the ships are corridors leading to 6 crew compartments, each holding space for 4 crew members.

The predecessor of the SnakeEye, the Venom (originally SnakeEye A1) (https://starmadedock.net/content/venom.8230/) was developed with the same philosophy in mind as the SnakeEye: Wolfpack tactics against attackers 10x their mass, but only 3 were ever constructed and used. Their first deployement went horribly, as 1 Venom was directly lost against a small fleet of pirates, and 2 others suffered battle damage. That lead to the reconstruction into the SnakeEye A2, almost quadrupling its size, and reconfiguring its armament. 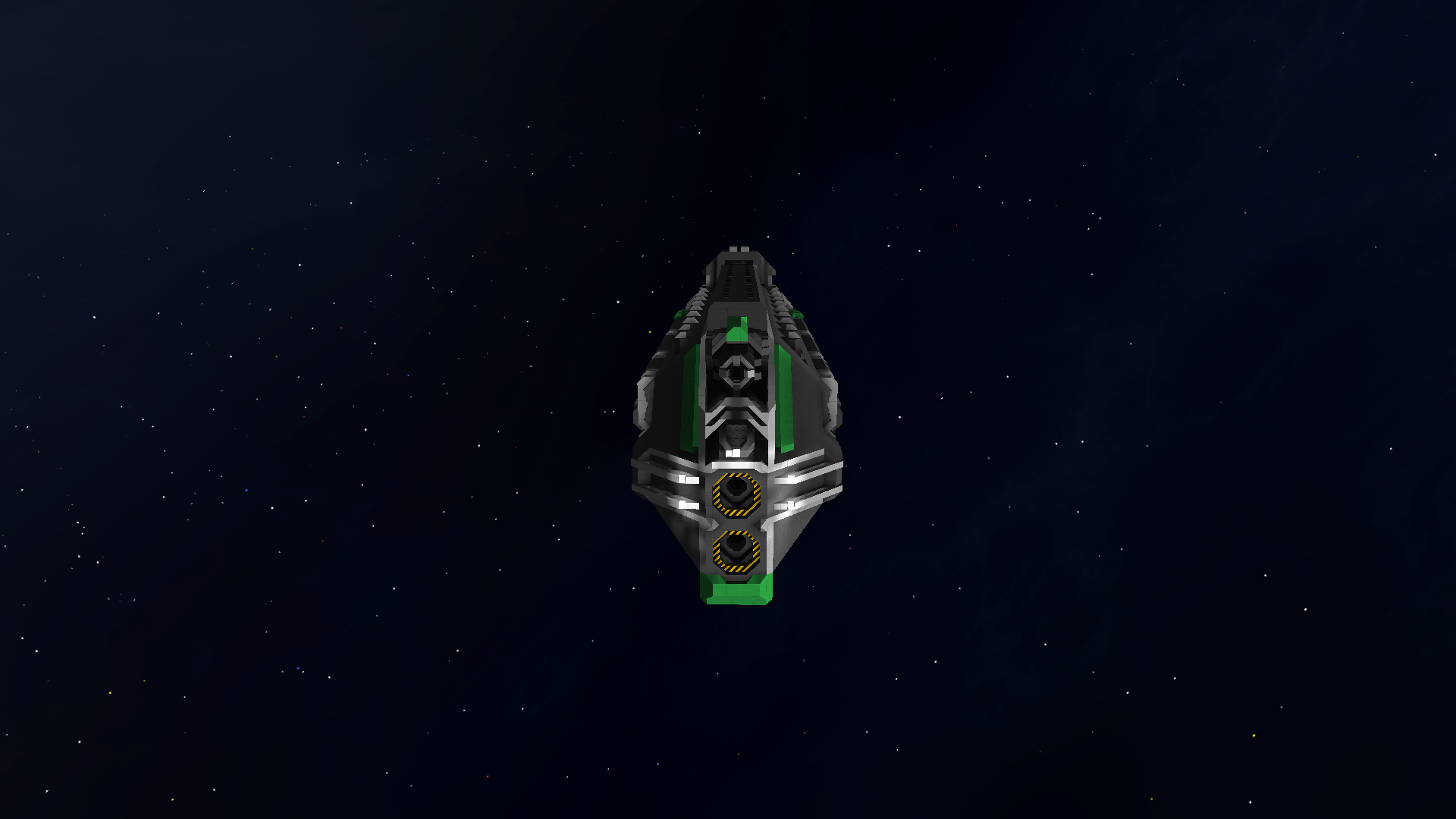 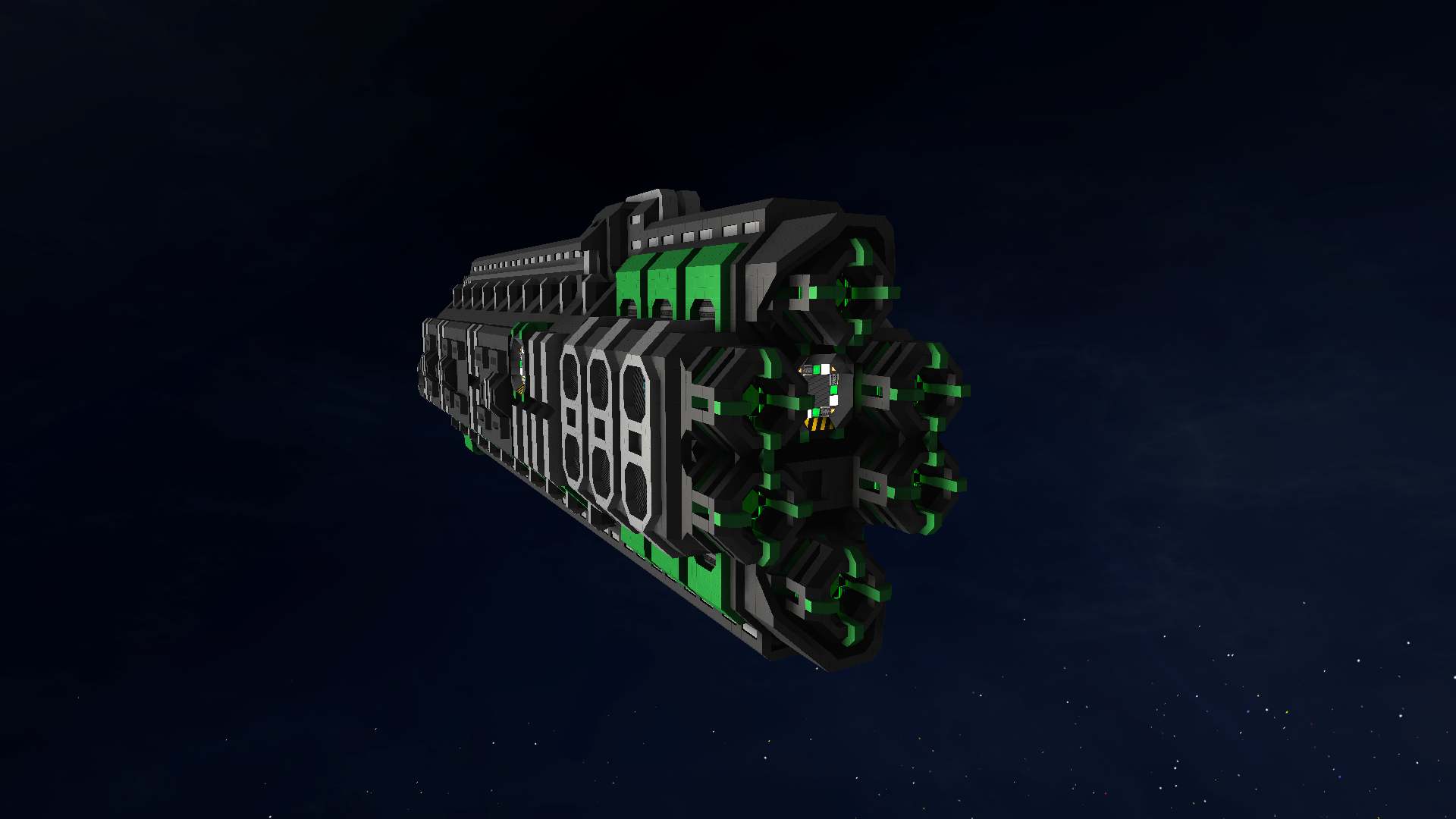 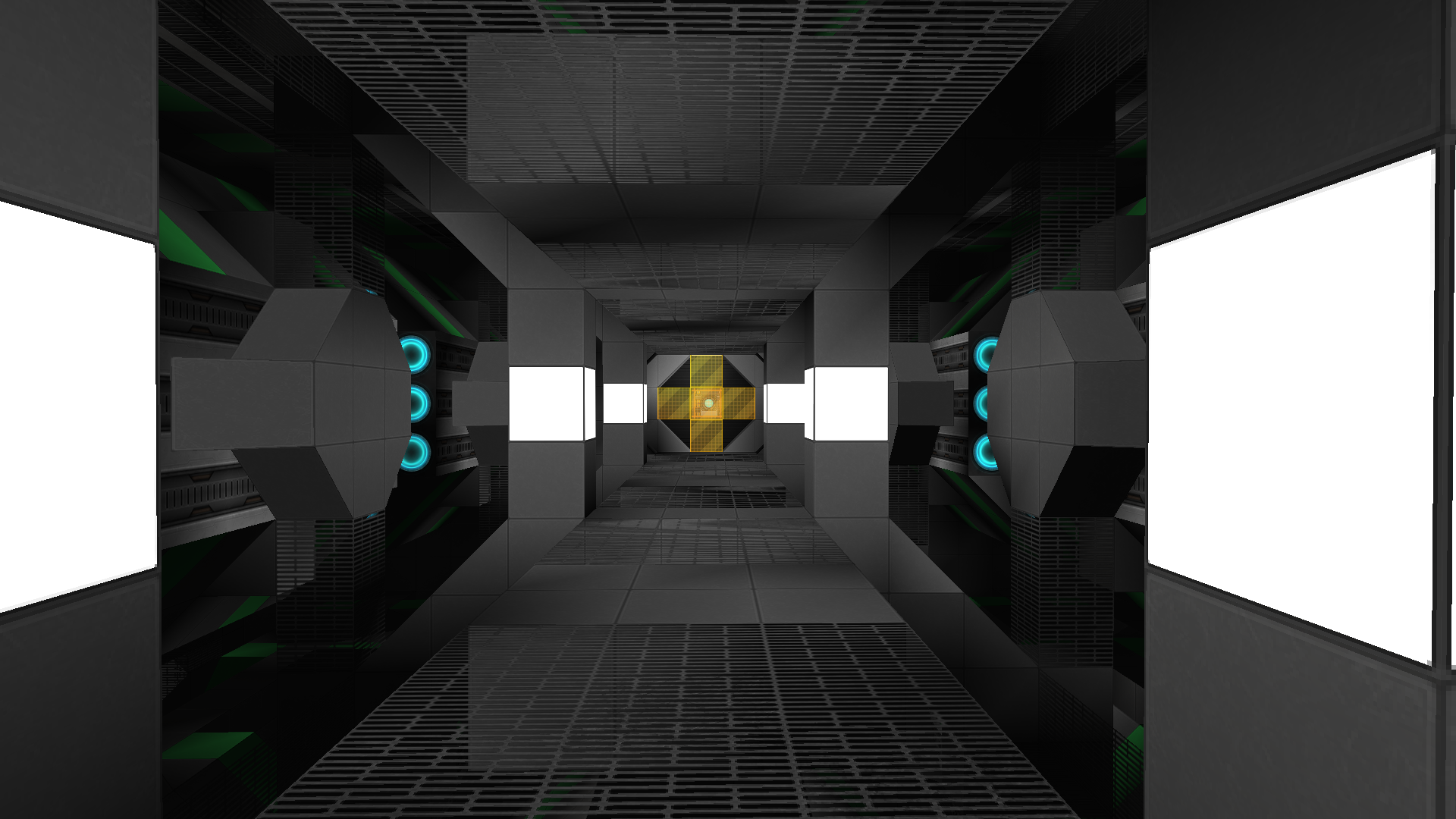 core room with ladders leading up to the control room 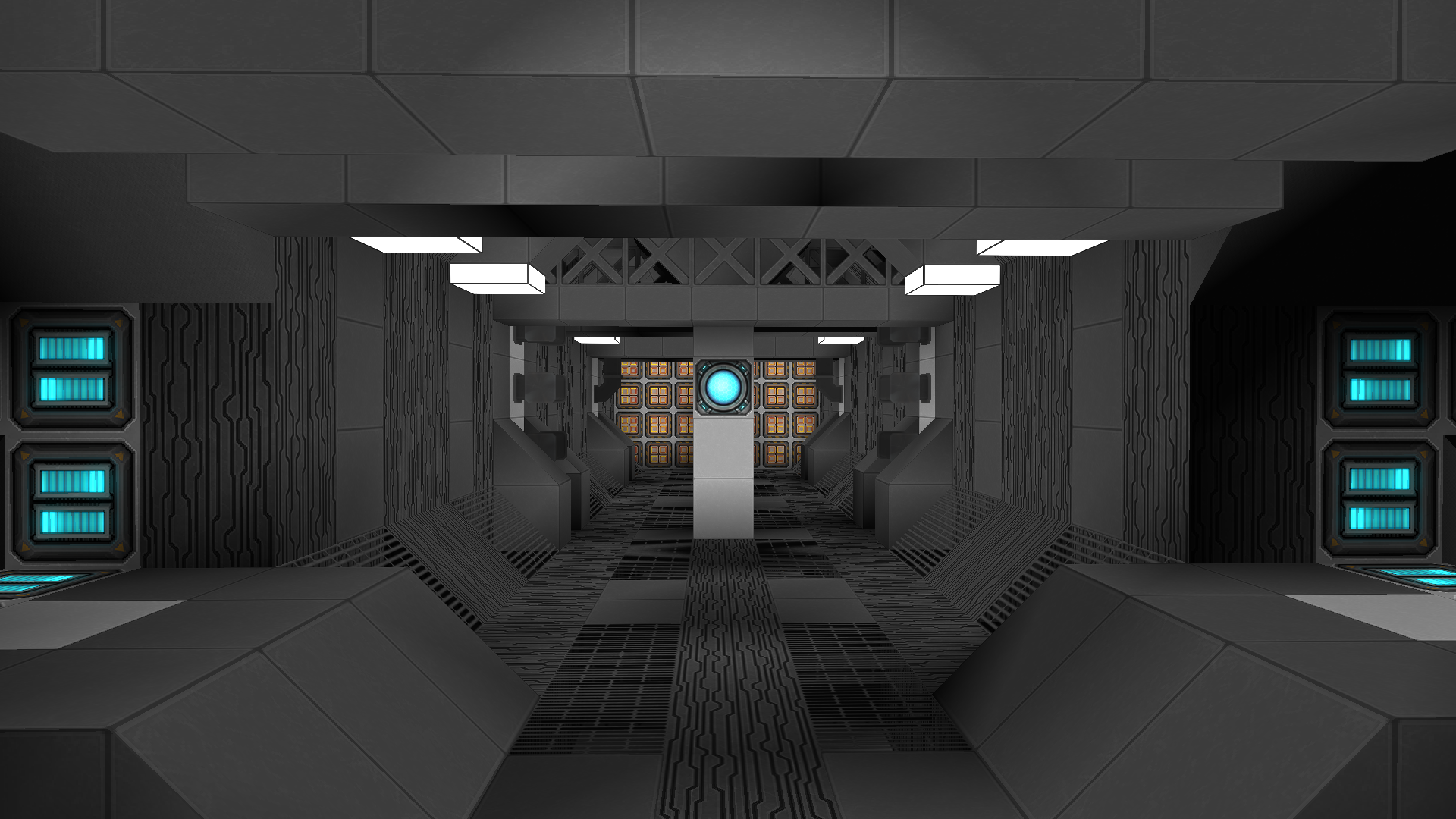 side of the ship, the outbending windows are the sleeping quaters 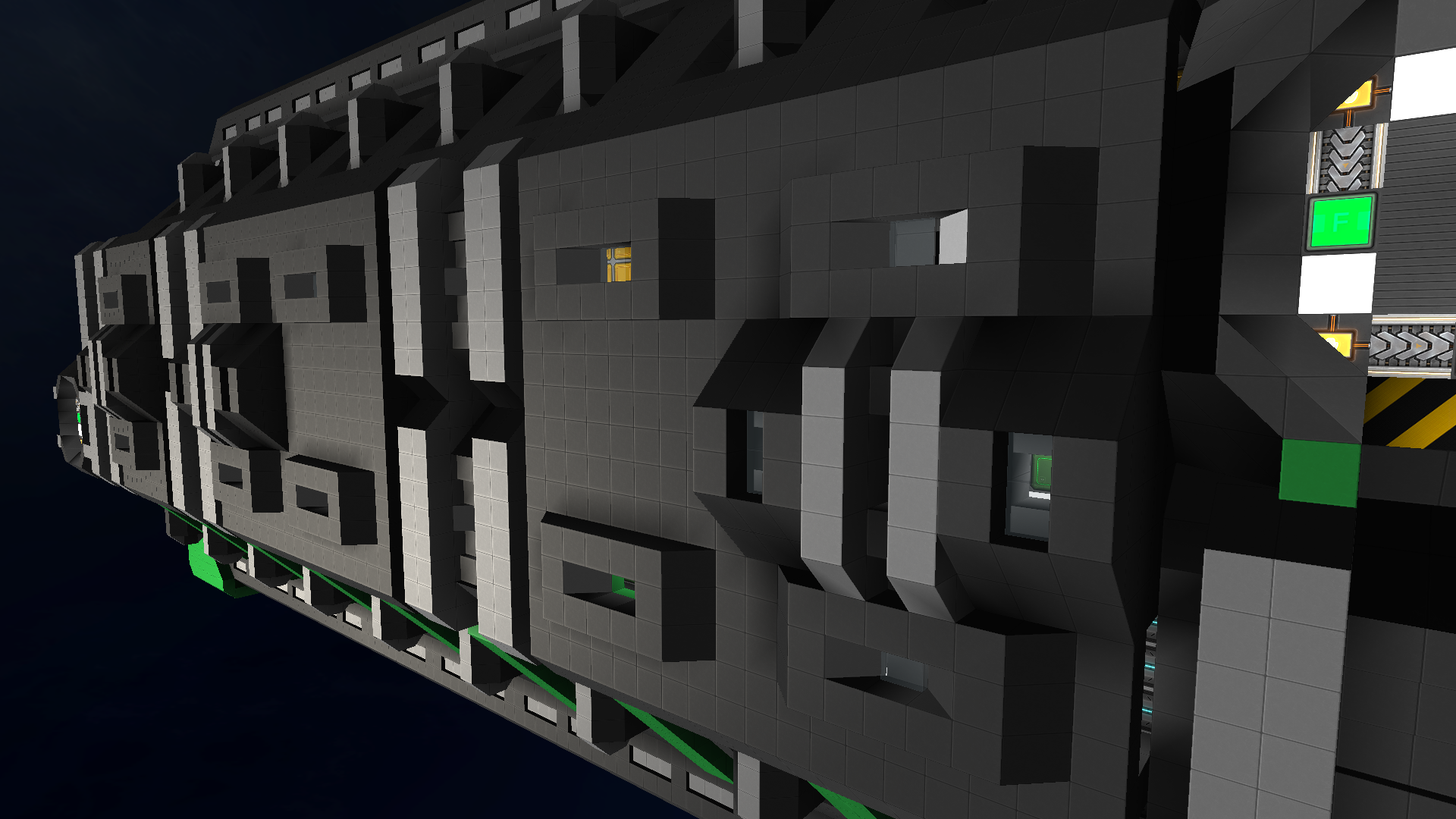 view from inside the sleeping quaters: 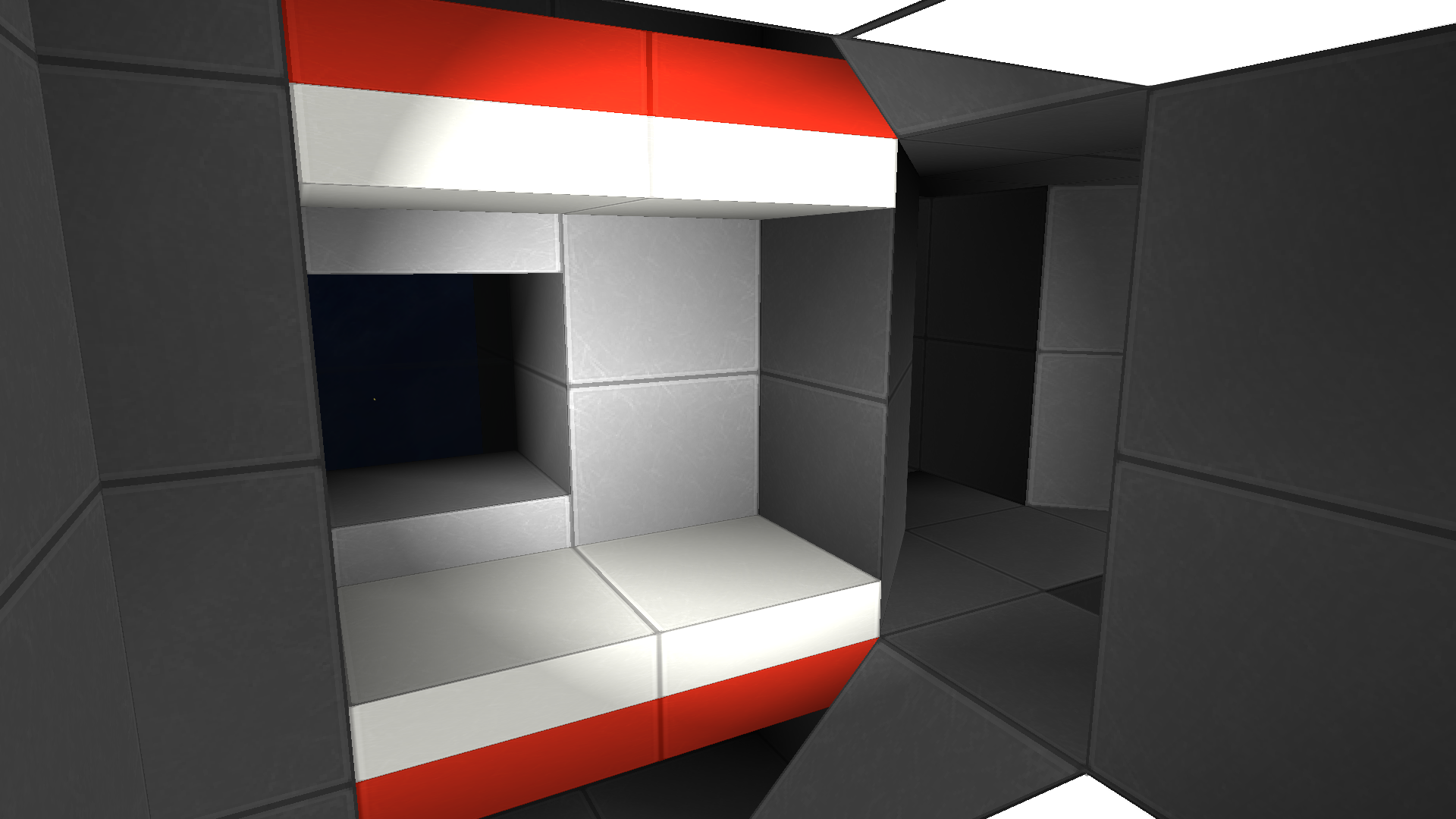 medical cabinet and mess hall in the front of the ship 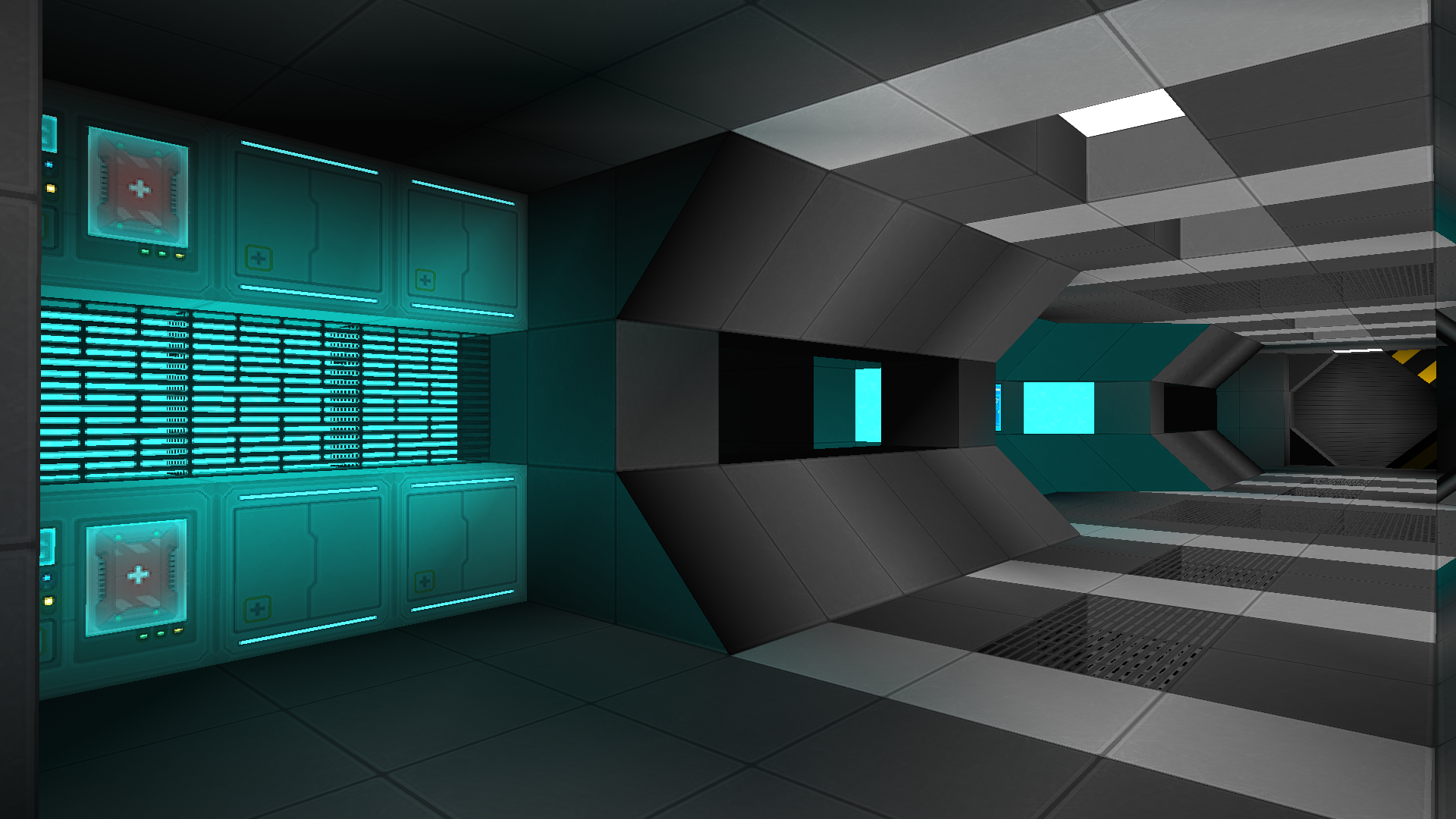 crosssection of the ship (top cut off), not the green and grey armour plates in the front 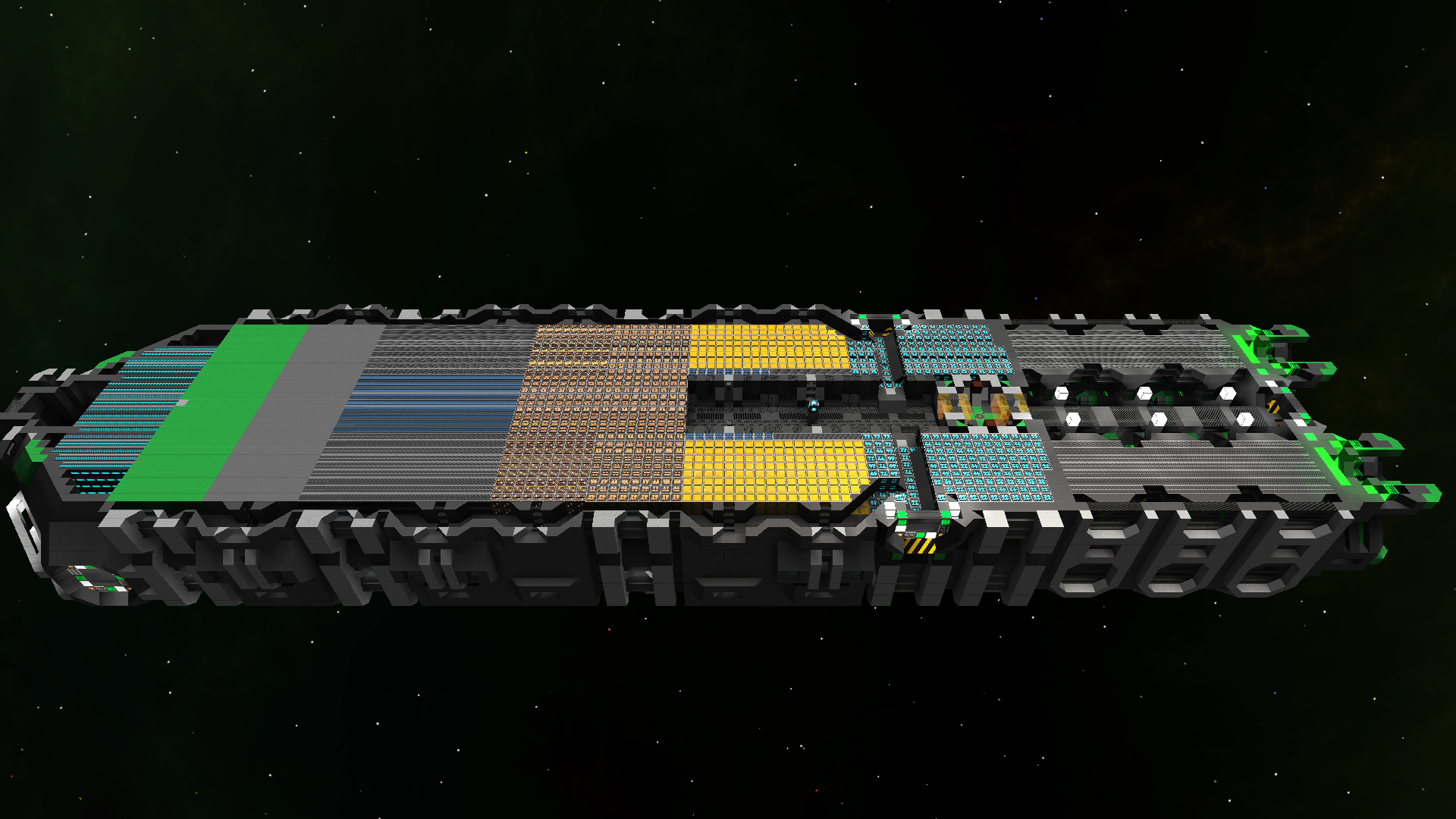