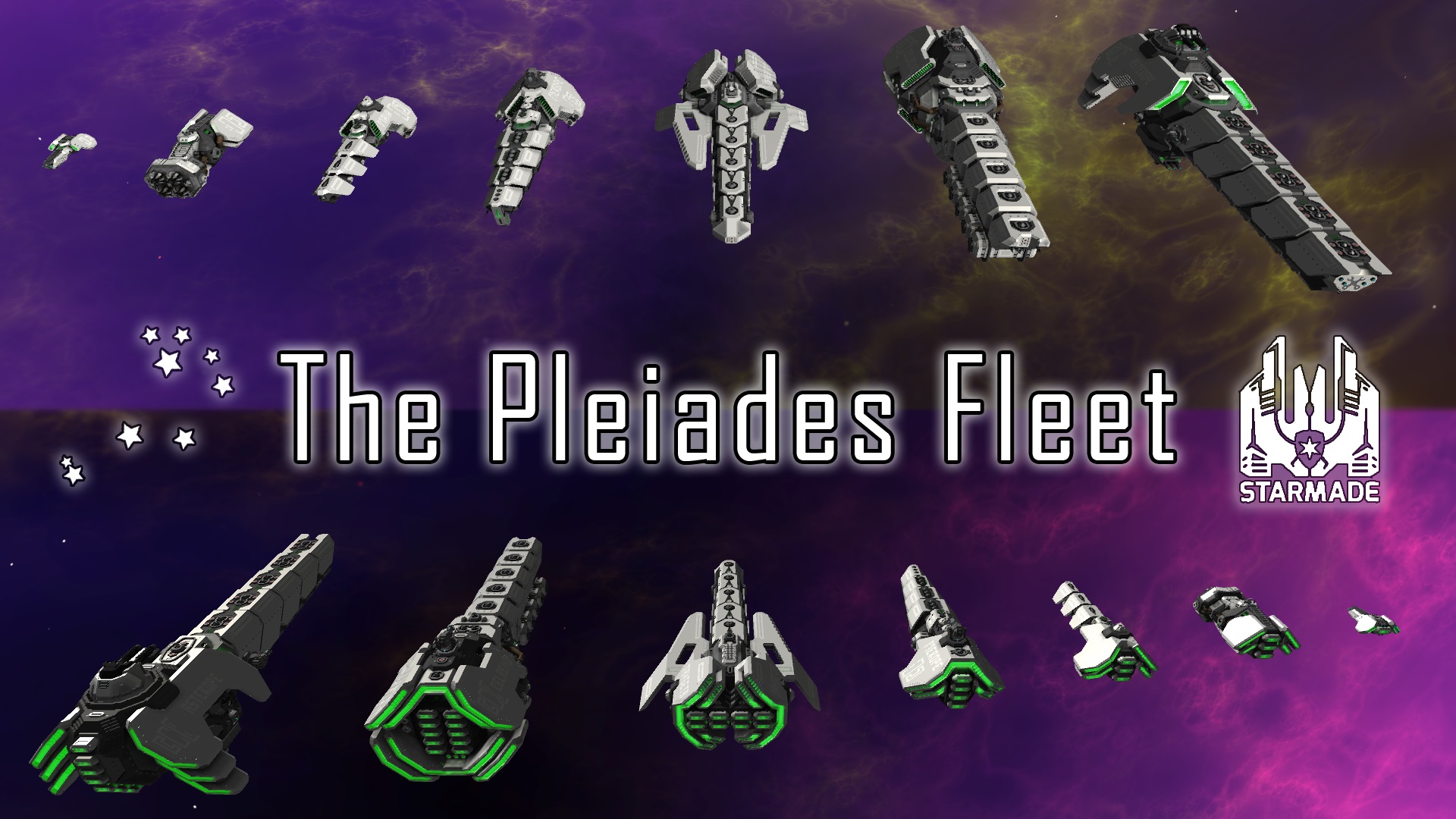 ​
Cyberspace Shipyards proudly presents the Pleiades Fleet: perhaps one of the best examples in StarMade of a uniformly styled, multi-role fleet of high-quality spacecraft. Choose these seven clean, sleek, minimalistic, futuristic ships if you desire to perform your fleet operations in an outstandingly elegant style.

This upload is a package (RAR file) of seven blueprints (sment files) of the ships' shell variants. "Shell" in the sense of having finished hulls, functional airlocks, detailed interiors, systemed turrets, and minimal amounts of easily-located placeholder systems, to facilitate flying and full shield coverage.

Feel free to use these shells to practice your systeming skills. (Here's an example of how to make the destroyer as functional as possible, by filling all of its empty spaces: systemed flagship) Have fun with them, and please share your impressions!

TOP TURRET: basic cannon (9,000 cannon)​
​
BOTTOM TURRET: continuous beam (4,500 B/4,500 C)​
​
ENGINE MAGIC: This ship has a set of inner-ship-remotes with which you can wirelessly control the engine lighting of the other six ships of the Pleiades Fleet. The six wireless connections have to be linked manually (in astronaut mode) after spawning the aforementioned subordinate ships. The wireless transmitters of this flagship can be reached externally, on the rear face of the bottom turret's housing. The wireless receivers of the six subordinate ships can be reached externally, around their bridges/cockpits.​ 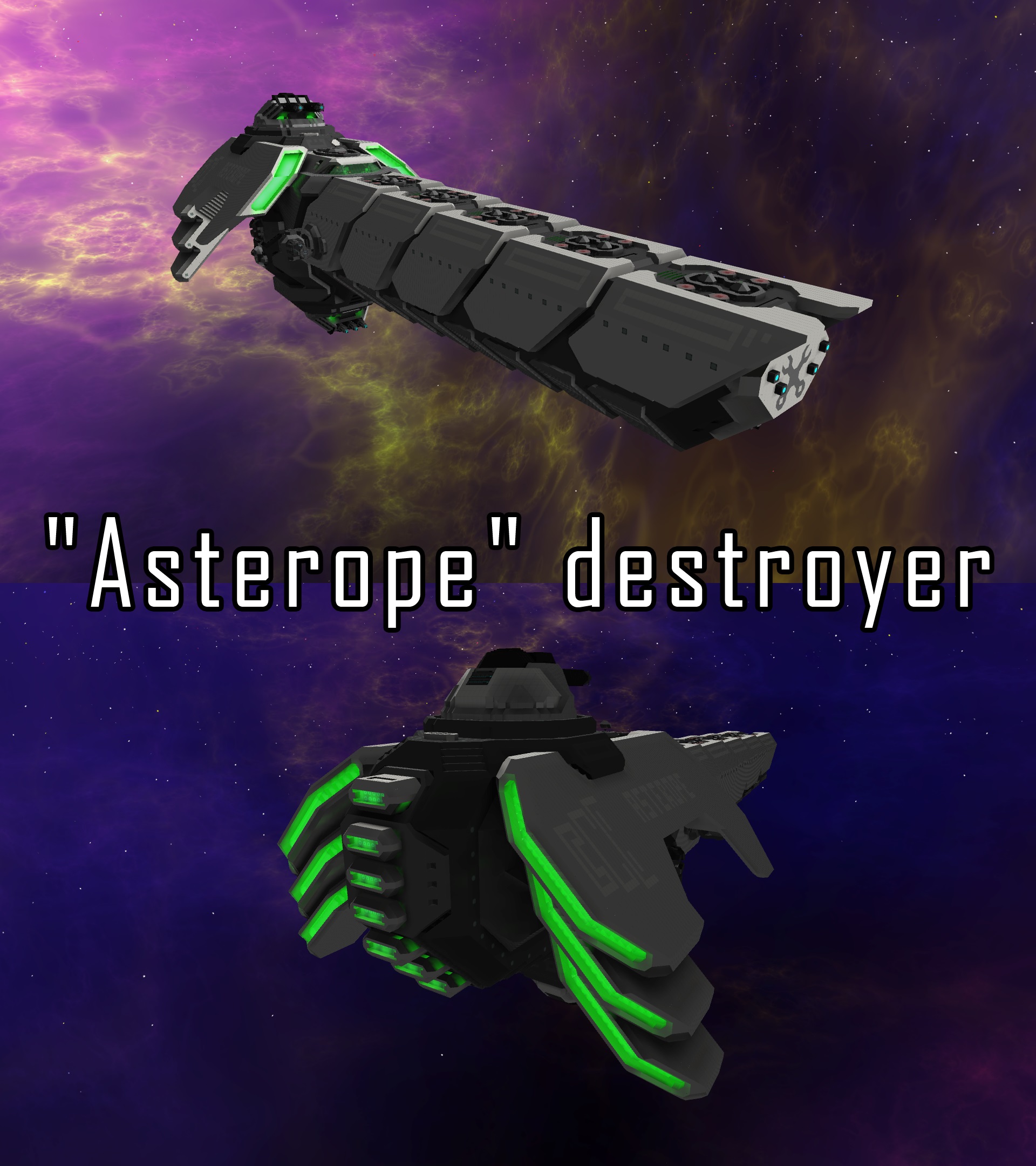 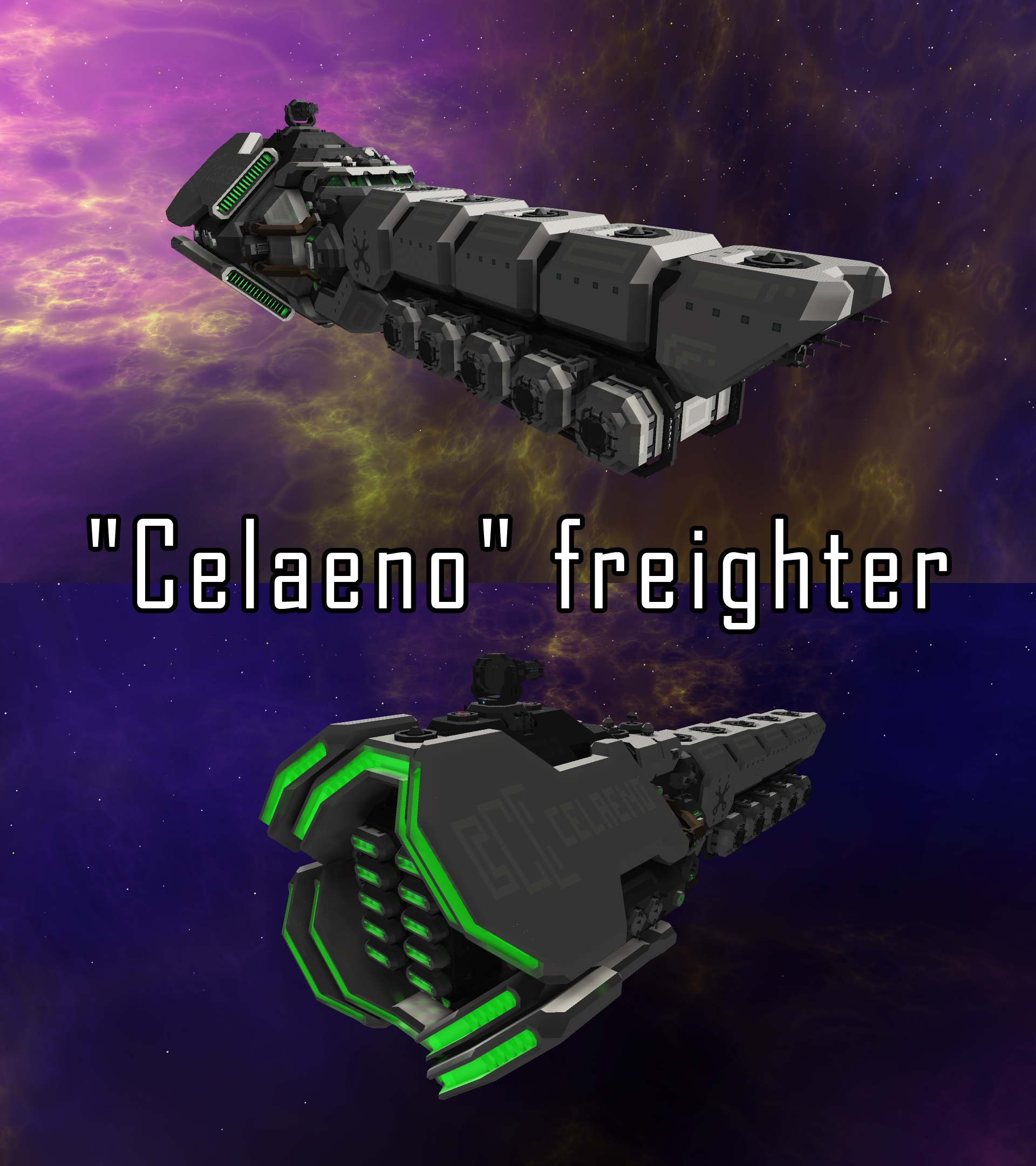 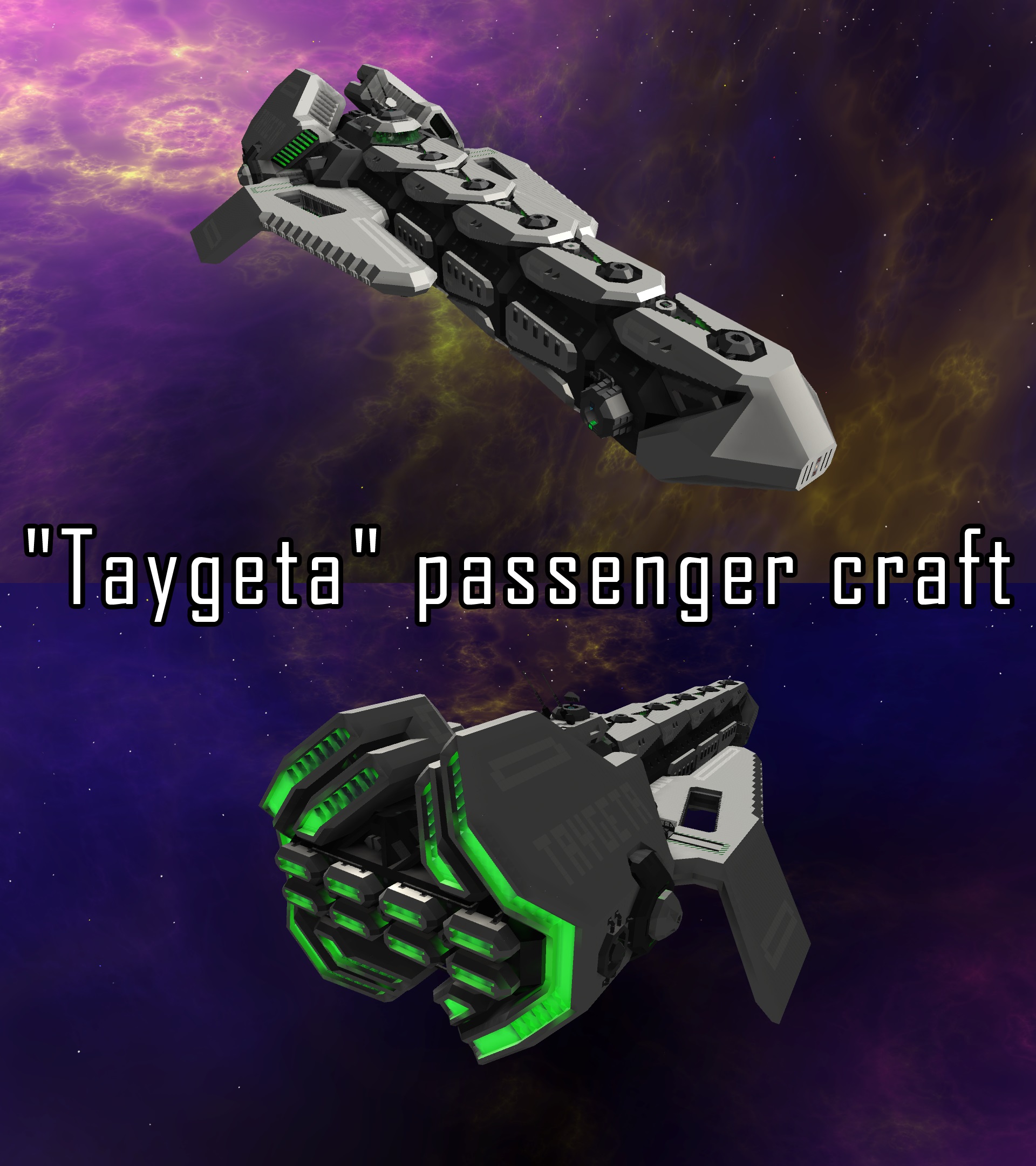 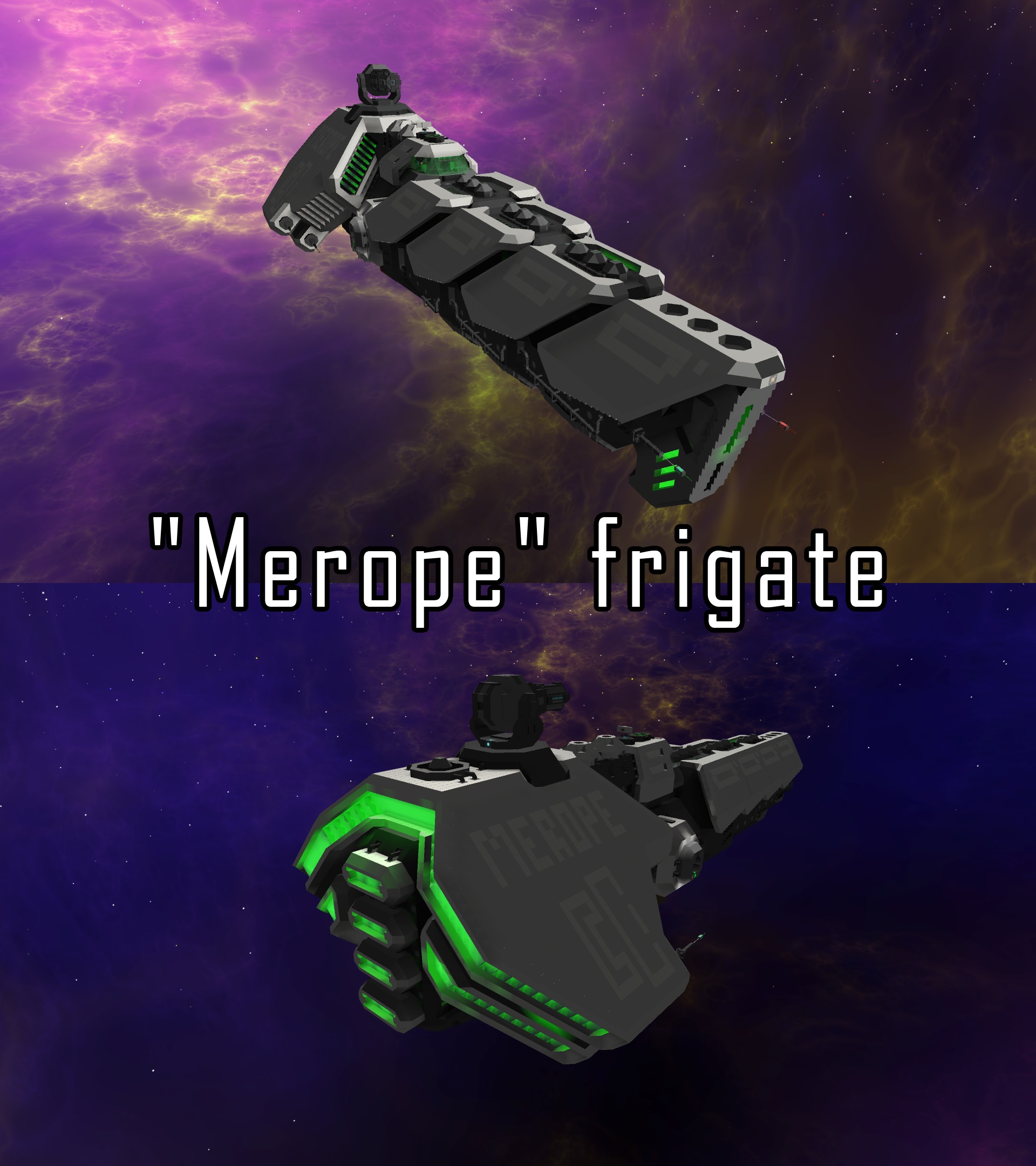 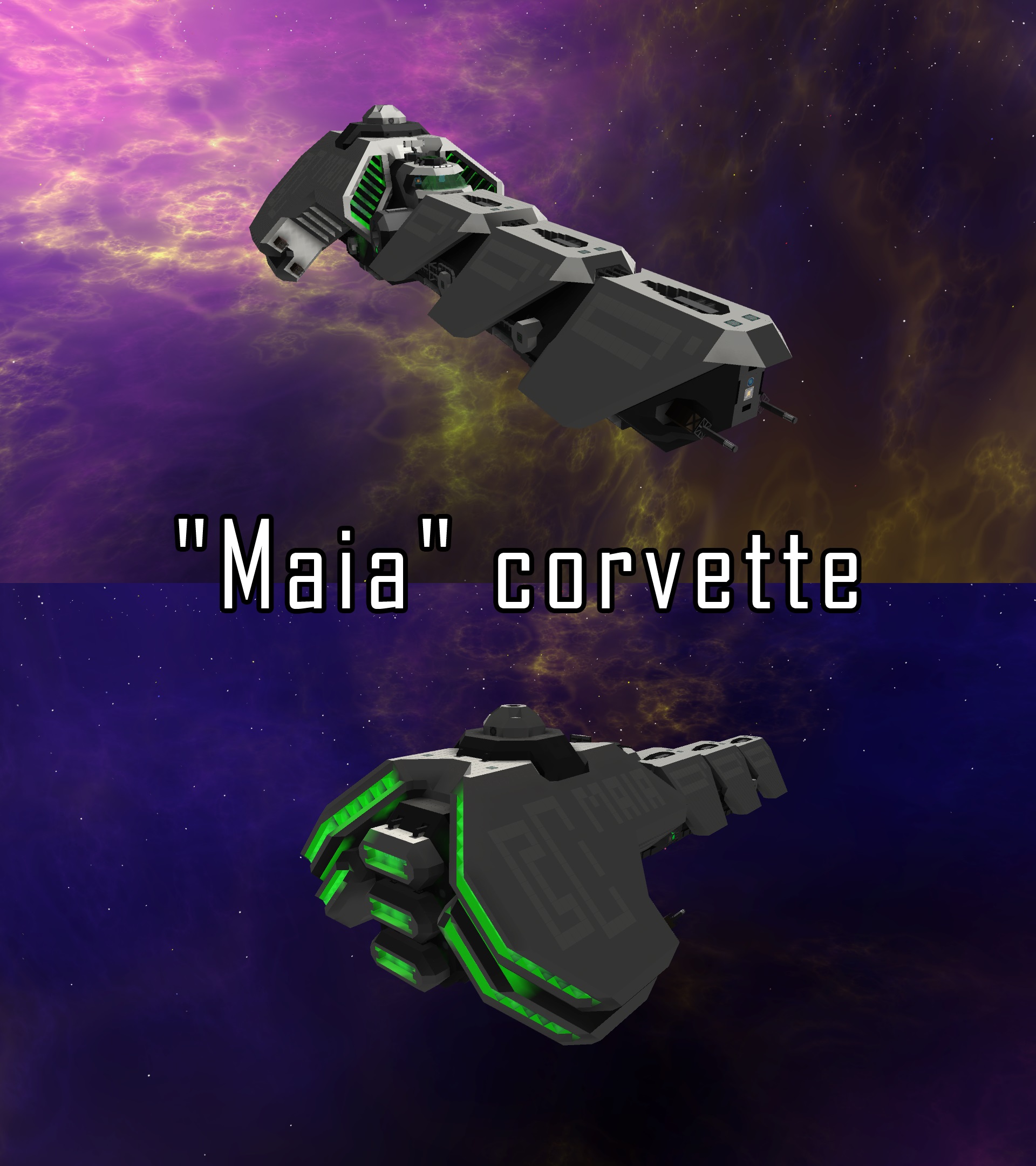 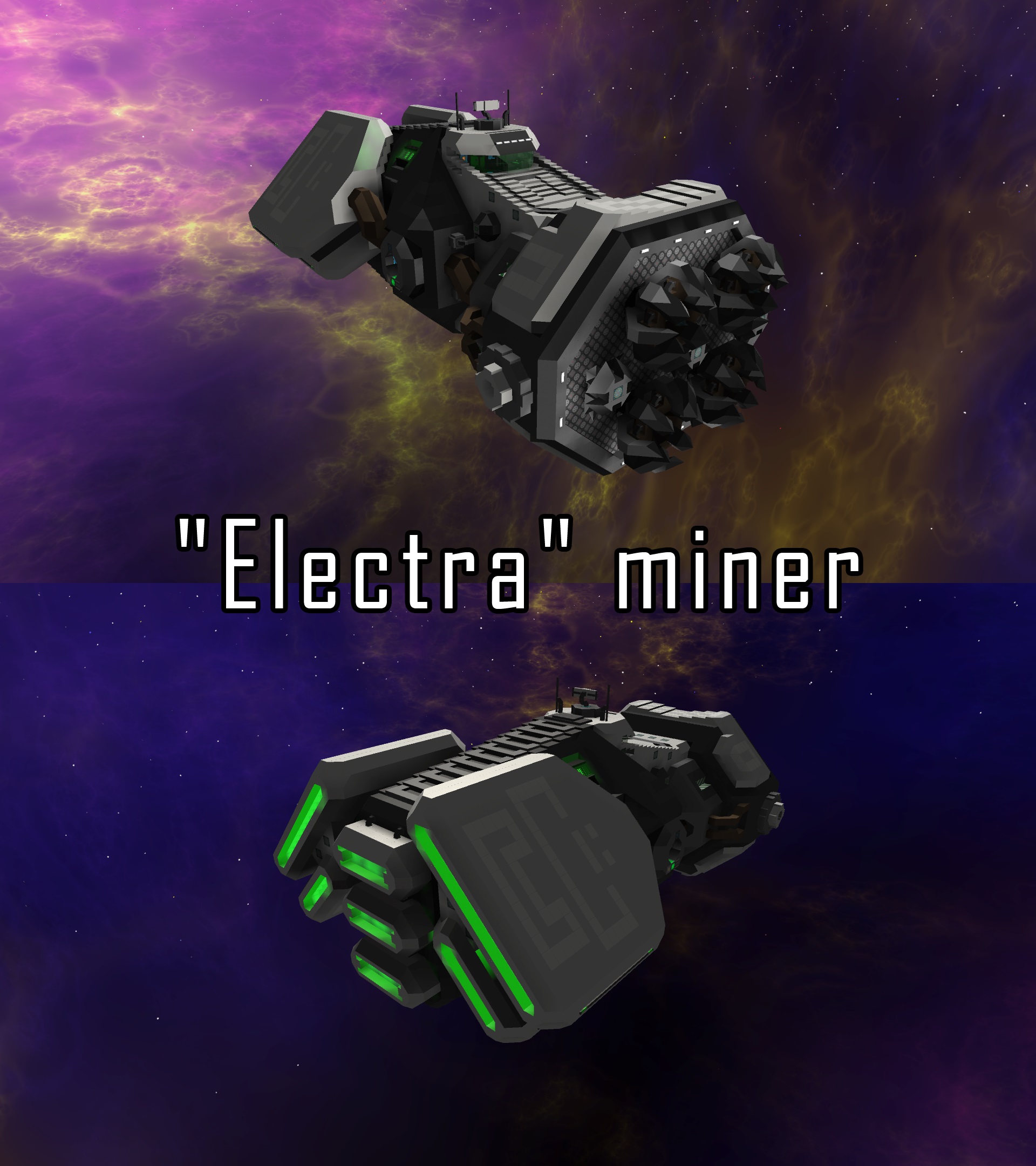 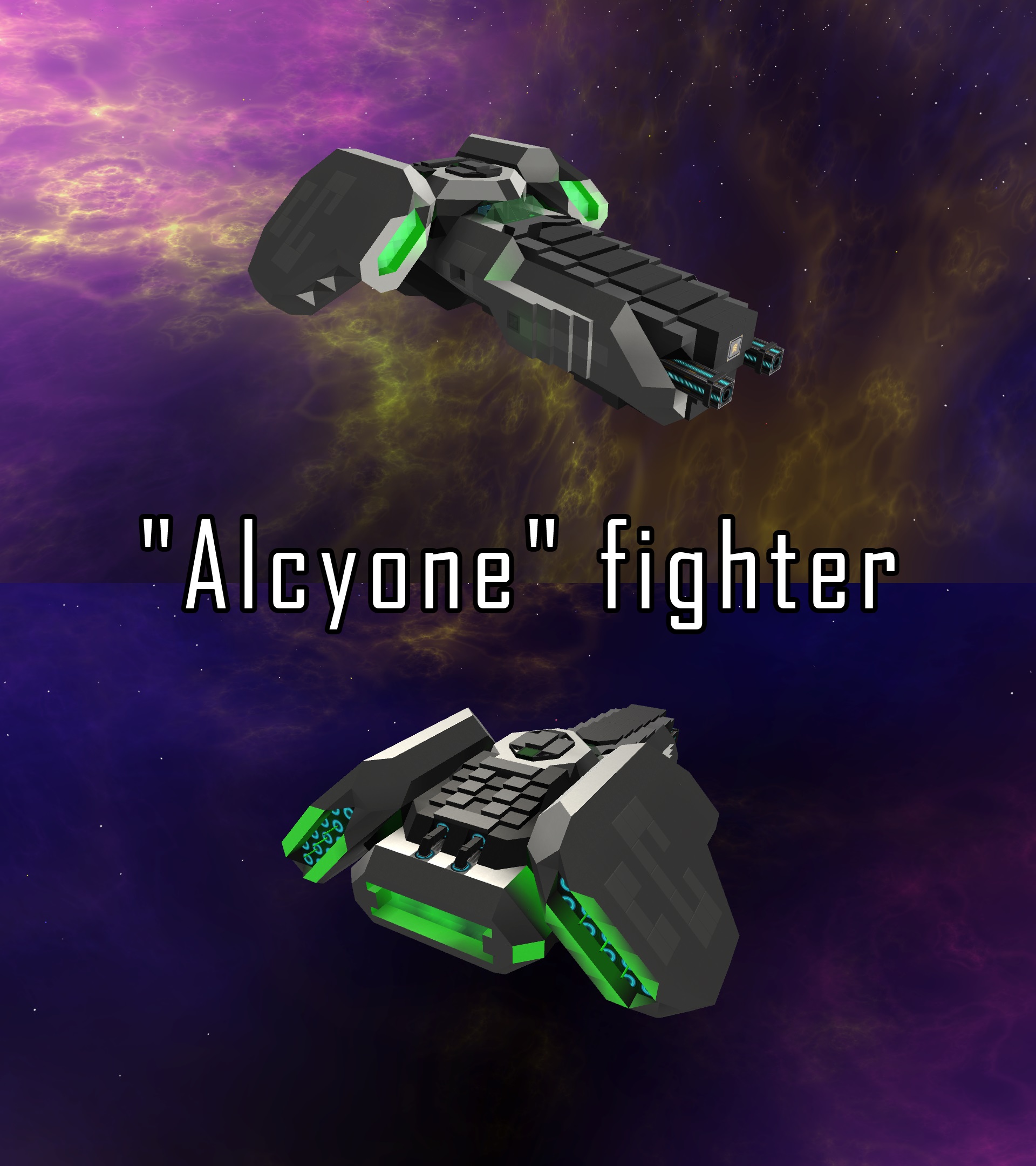 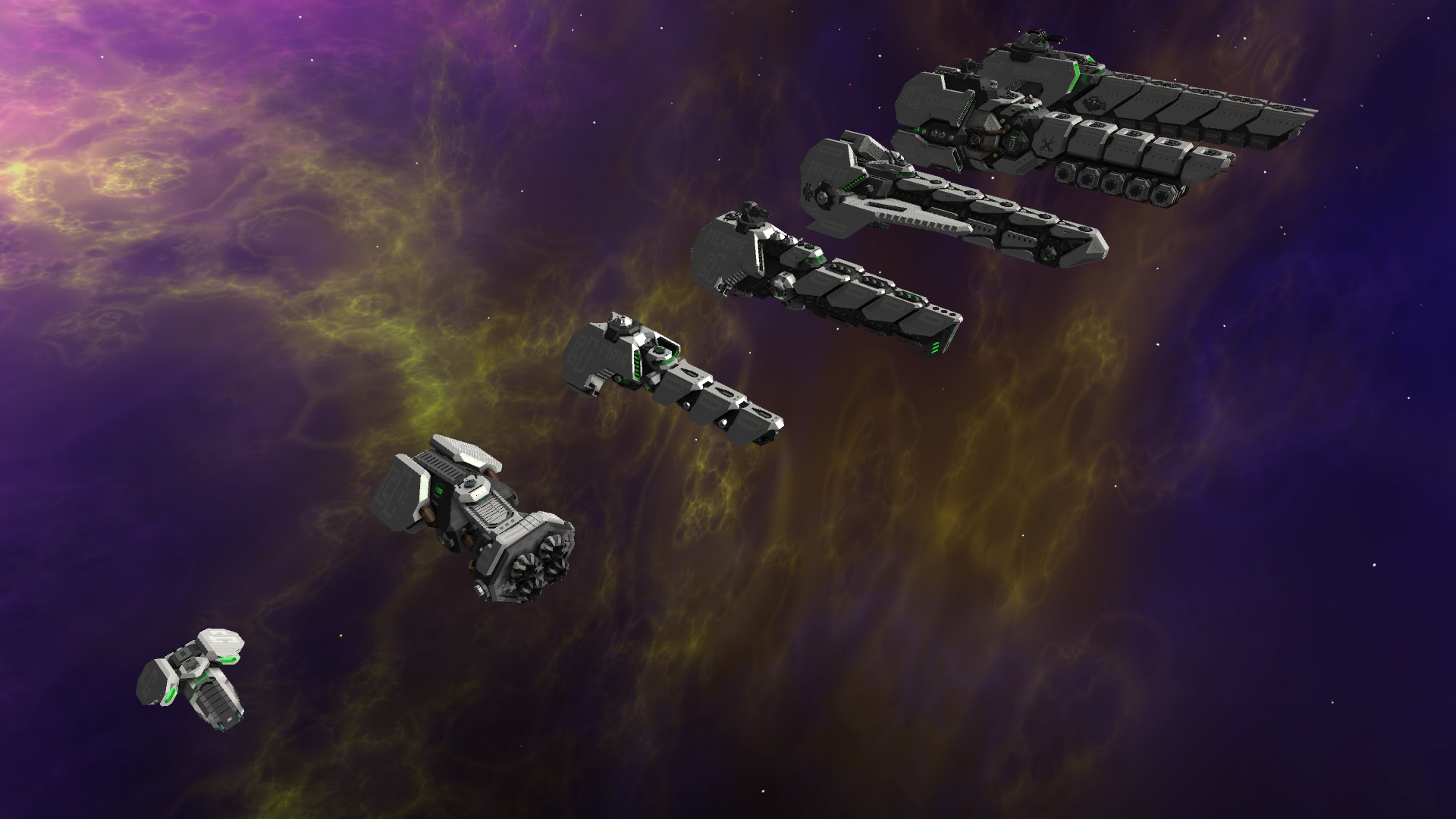 Very nice fleet. Love the design and even thought the ships are Shells, the minimal interior you have in place is very well designed. And every single ship designed incredibly well for their specific role!
The only little downside I can think of is the complete lack of escape pods, especially the bigger crafts of the fleet. Although maybe that is considered "interior" as these ships have minimal interior as stated earlier, so adding them yourself shouldn't be a big problem.
So all and all incredible job from an incredibly talented Masterbuilder, DeepspaceMechanic!

DeepspaceMechanic
Thank you very much, I'm glad you find these ships appealing!

I agree that it would be nice to have escape pods in at least the two or three largest members of this fleet. But as you said, retrofitting a few of them shouldn't be that strenuous of a task for those who will use these ships.

Thanks again for the review :)
Read more…
Top Bottom