They say that if you stare into the void long enough, you might find something staring back. And see it smiling...
Neo Echota Drive Yards proudly presents to you the Ravager variant of the Witch Spear Light Carrier. 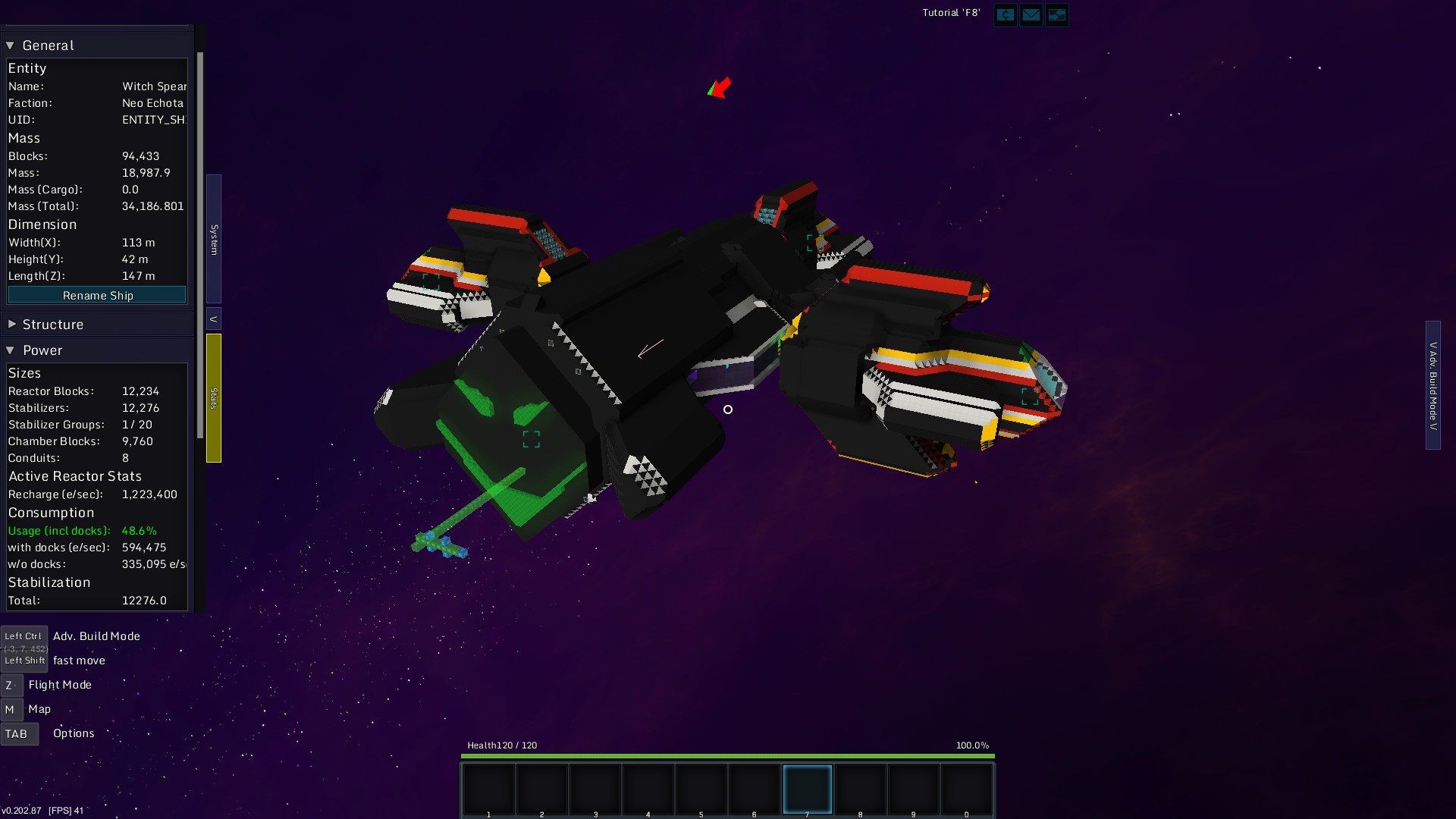 It is a pure wrath-wagon, with many names given by its enemies. The Hunter. The Stalker. He Who Walks Behind. 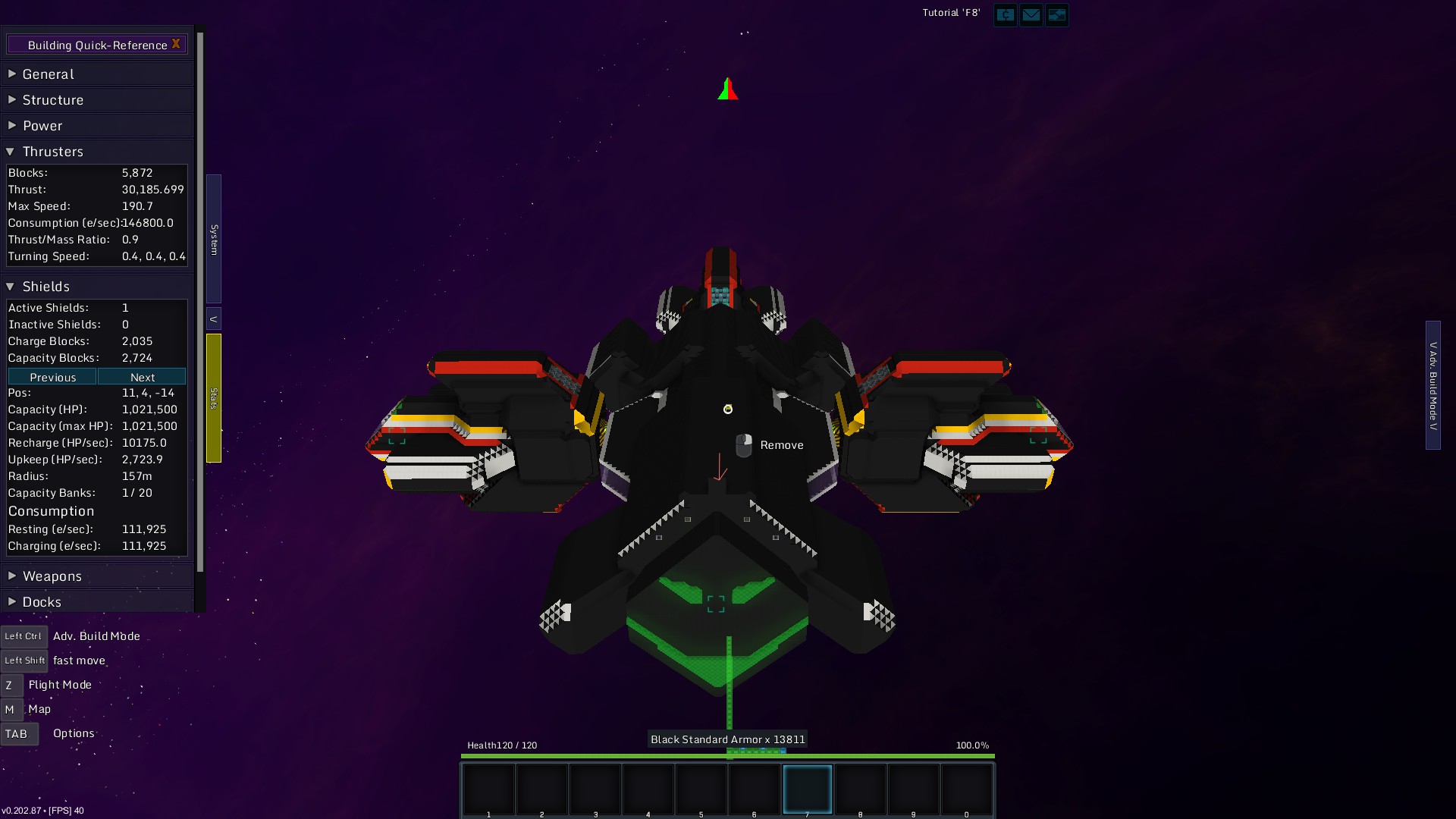 Featuring a 6 block thick, laminated ablative armor blast-plate mounted on the forward dock that grins evilly at your enemies. Should the shields fail under fire from your target, it is there to ensure that the blows which come after do not immediately cripple you. When destroyed it will simply fall away, making the craft faster and more agile than it already is after deploying it's 3 Viperwasp Patrol Ships to aid in the fighting, all of which of course may be crewed and are wirelessly linked to their launch docks. As another bit of fun, the 'face' may be turned on and off wirelessly via the hotbar, for when you want to go dark. 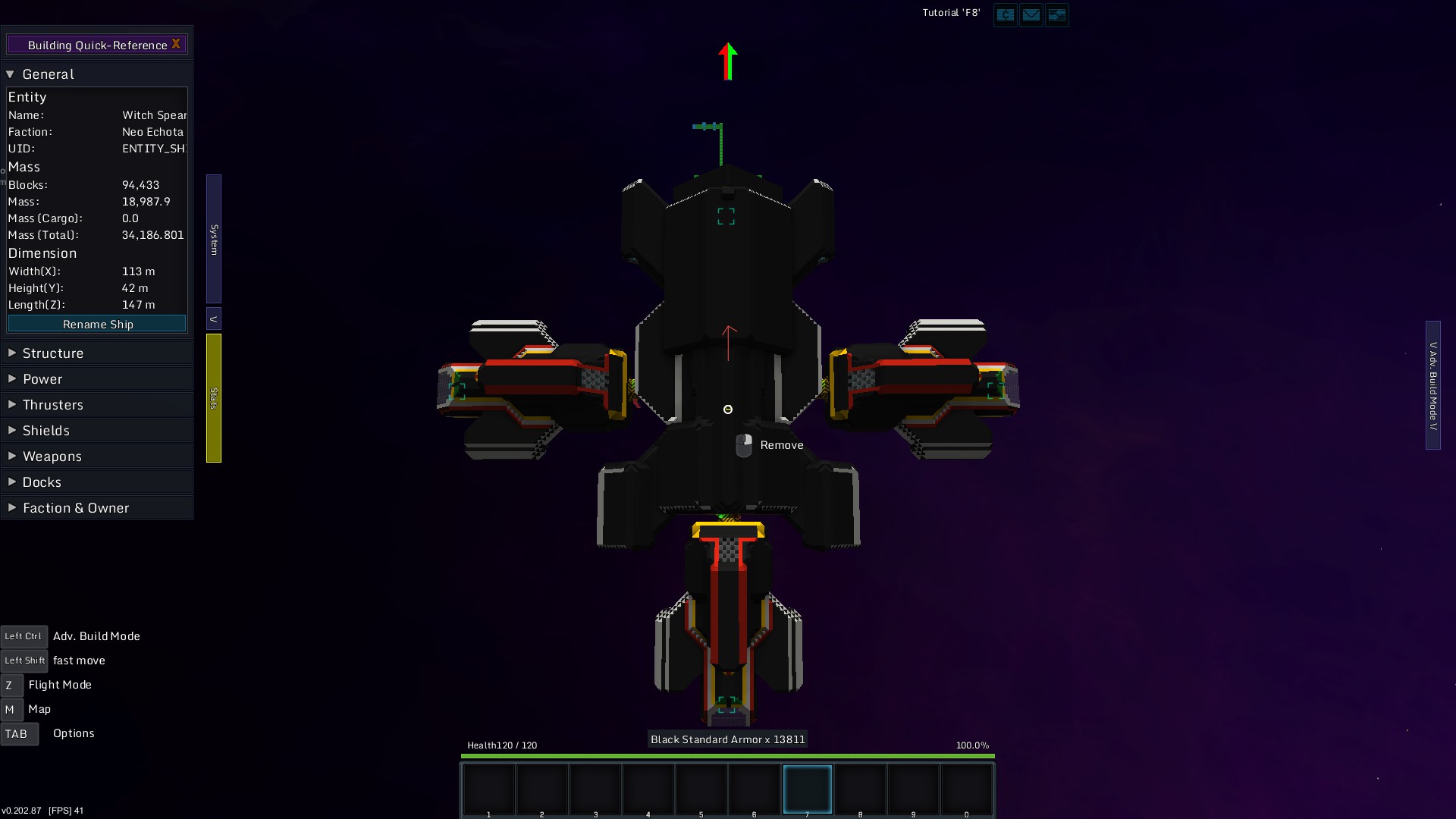 The Viperwasps are of course formidable on their own, but when coupled with the Ravager's firepower, this multi-vector attack system can bring down game many times it's size.
The dual lock-on missiles each do over 72,000 damage and can make quick work of hammering fighters and turrets. 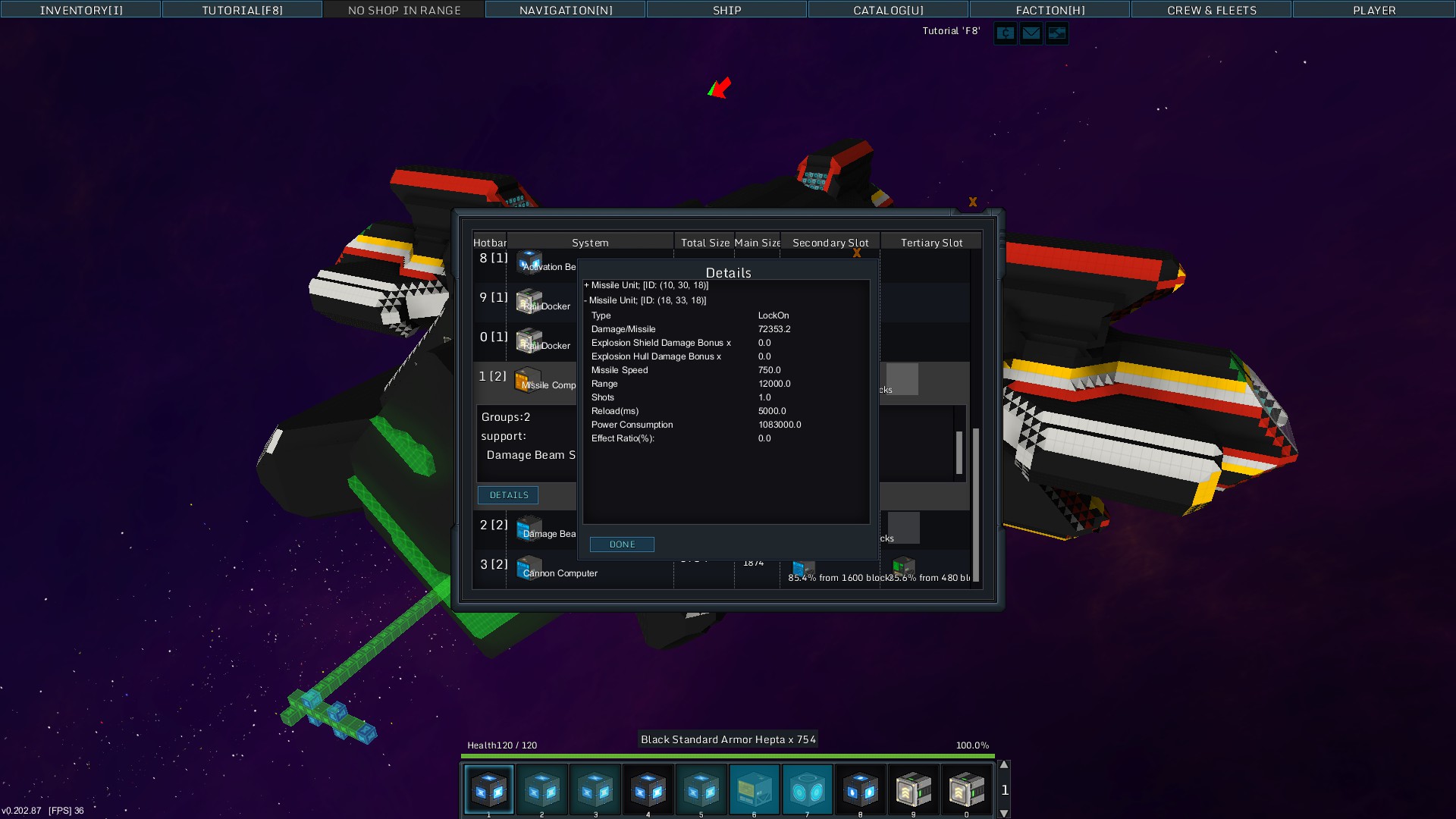 The dual pulse-laser cannons are each rated at over 147,000 dmg/sec. 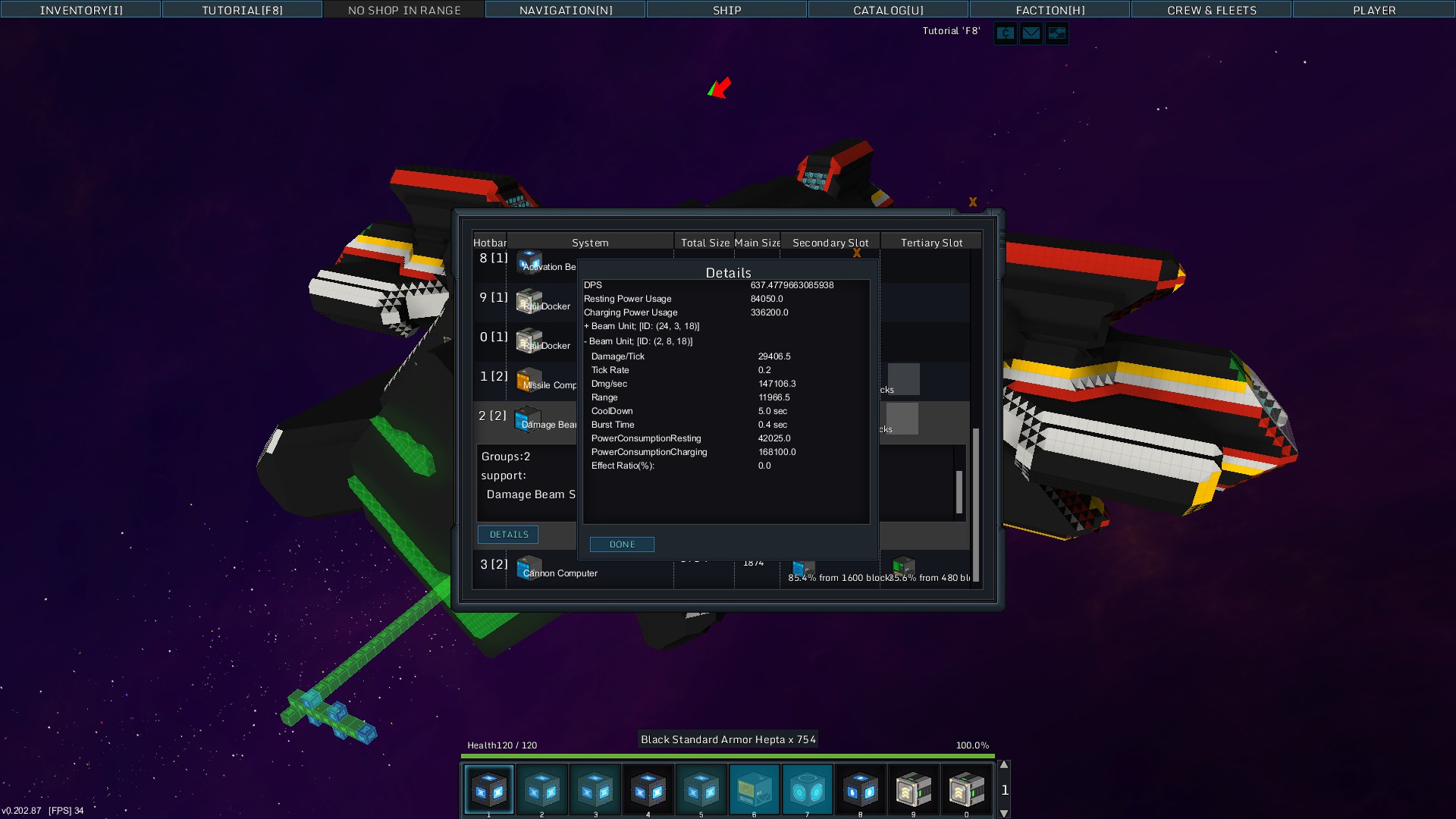 All of which leads up to the very powerful and rapid-cycling dual driller cannons, which produce truly withering fire, packing enough raw punch to drive the whole vessel backward in a manner that can actually create a good deal of backward speed before long if not countered, so keep this in mind when fighting. The good news is, they can drive the enemy back as well, with 10-block penetration that starts quickly turning their systems into Swiss cheese. 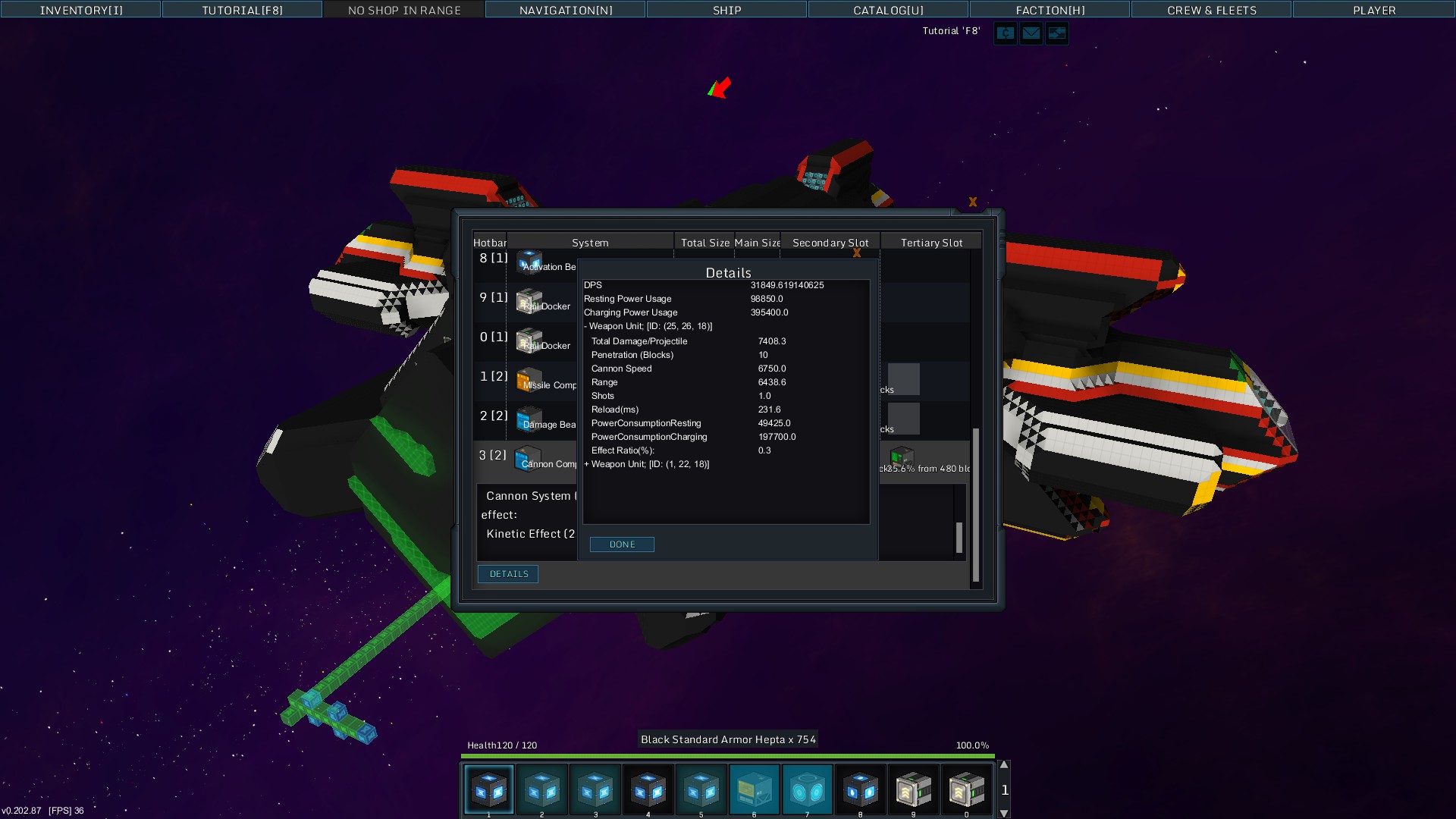 This variant of the Witch Spear Light Carrier is definitely a ship for when you, or you and a posse need to mount up, get somewhere fast and start killing whatever you find there.
My other ship Turtle Island is the healer and builder. The Witch Spear Ravager is it's dark, brutal counterpart.
Have fun putting holes in things!