No new content/features with this patch. Just another attempt to fix desynch bugs by removing global state variables (i.e. recorded information that may accidentally get "stuck" and pass between galaxies or other procedural constructs depending on load order) from the mod's galaxy generation tech and replacing them with per-galaxy/per-system/per-zone information. Hopefully scanners and multiplayer generation inconsistency should be fixed, but unfortunately there are likely more issues to sort out.

Also, clients that were getting ArrayOutOfBoundsExceptions on join may no longer encounter those issues. Other problems will probably appear though, as StarLoader does not appear to properly maintain block configuration consistency. I'll have to look into this more as well.

As always, report any new bugs.

WARNING: Your galaxies' zone names will be changed, and RRS features (zones, gas giants, etc.) may be rearranged. I attempted to avoid this and I apologize if it does happen, but I can't guarantee that it won't.

This version introduces a new map system. Rather than a spiderweb of lines, Resource Zones are displayed as rings around their principal star. Mousing over the star or focusing on any contained system on the map will display an indicator around all star systems in the Zone. Clicking on a zone ring will "pin" the zone. Clicking elsewhere will unpin it.

This map system is made possible by IR0NSIGHT's MapMarkerUtils library. Thanks a lot! 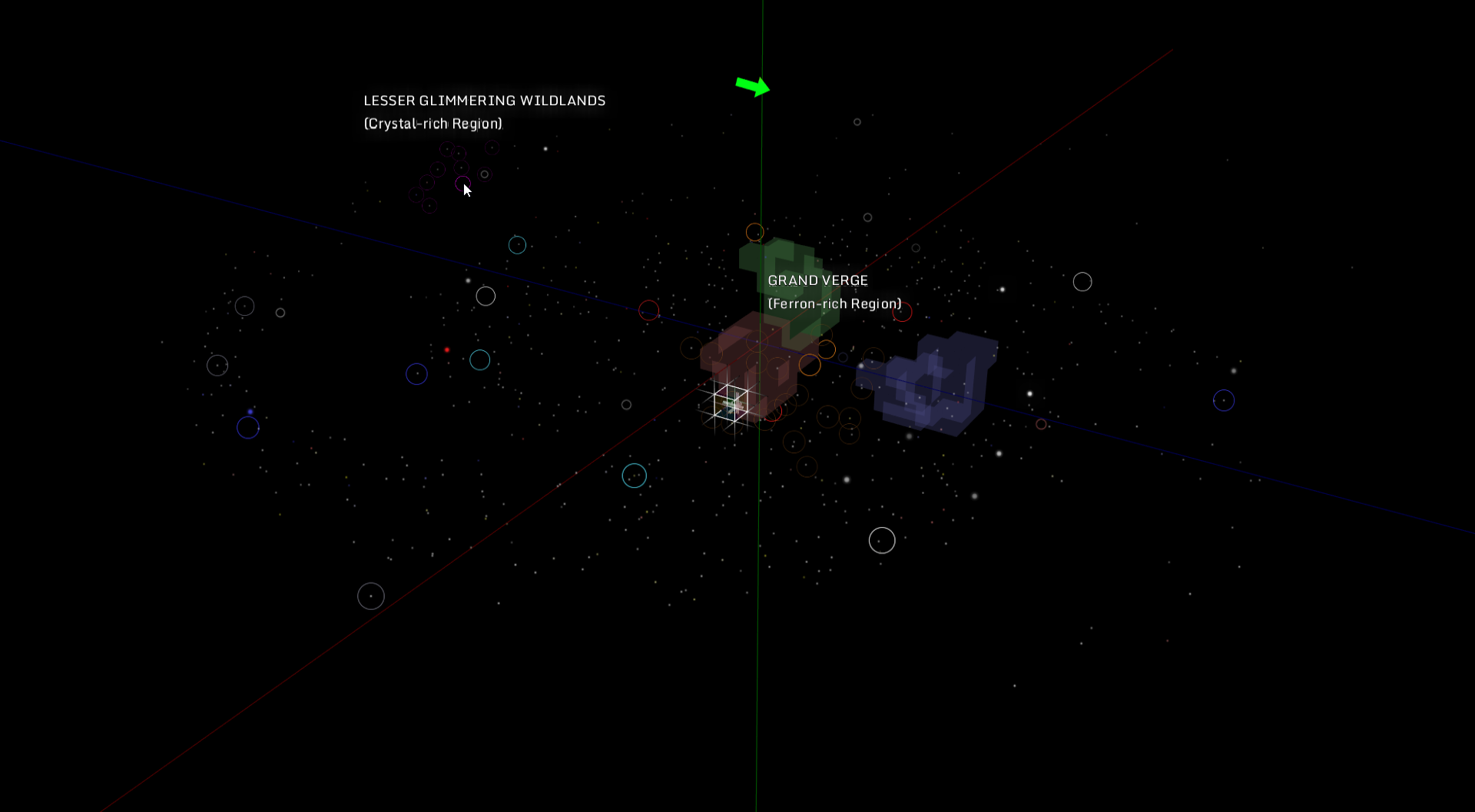 BUG: NPC territory boxes will prevent gas giant icons within them from being visible. This seems to be an issue inherent to StarLoader map drawer systems. To see gas giants in NPC territory, simply disable faction territory display in the map GUI panel.

OTHER CHANGES:
After this (and any associated hotfixes) I hope to finally begin work on getting shop prices and inventory in line with RRS's zones. The plan is for things made with local resources to be cheaper and more plentiful, while things made with foreign resources are more expensive and uncommon.


In the farther future, the positioning of shops (and other non-player stations) may be changed as well, as part of another planned mechanic wherein each star system gains a 'subtype', such as "local trade hub", "mining center", "industrial center", "undeveloped", and more.

Old factories and manufacturing materials (Paints, hardeners) will now appear properly in shops and the Creative Mode inventory. Costs may need balancing, but that's a story for another day...

Reverted most of previous build's changes, except for the mod recipe and circuitry recipe fix. Unknown and nigh-untraceable map error on the Skies of Eden server forced this temporary revert in order to maintain a functional gameplay experience.

Fixed an issue where blueprint metaitems didn't work and would instead spit out all of their contained Components as dropped items.

Anti-exploit blueprint metaitem validation would try to compare the component list in the blueprint with the block list in the catalog, which caused problems. Blueprints in catalog will now be updated to list Components whenever a BP metaitem is received, so spawn attempts will pass the validation step.

Having a live testing environment on SoE feeding me information live has been extremely valuable. Big thanks to everyone involved with the project, also go check out the server if you get the chance. It's where all the cool people are! Anyhow, another set of emergency fixes:

Minor stability patch. Still some fires to put out, but it's getting there slowly.