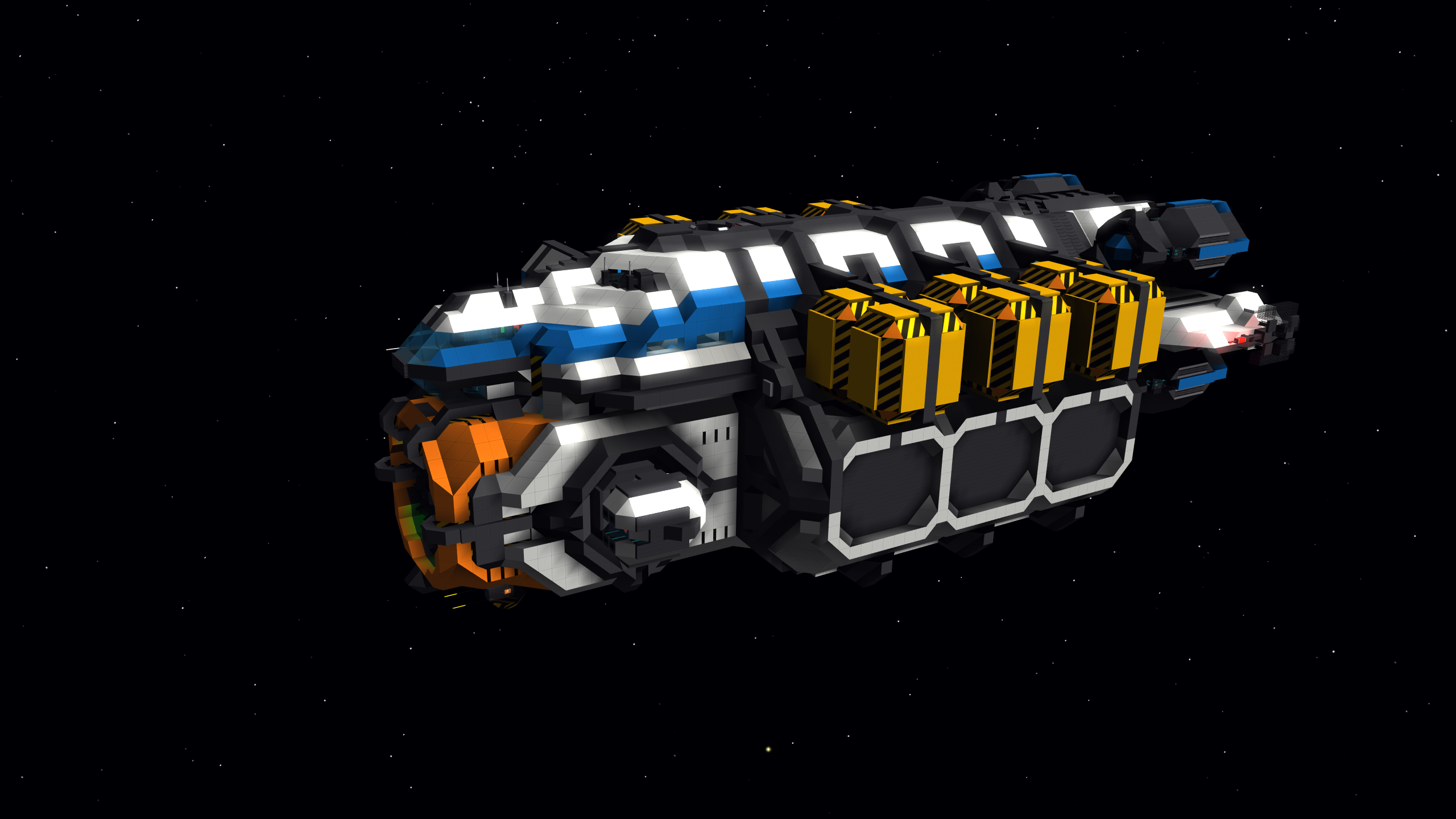 Fixed the door logic properly this time.
Added manual launch buttons and a reset in case something does go wrong.

There's an issue with some of the pickup rail that activates the door mechanism for the drones losing it's link to the door controls. This results in the drones getting stuck in the doors. This was not noticeable on my PC but became apparent when a bit of latency was introduced. I still can't get certain rails to maintain their links. I've rebuilt the rails, force_saved and unloaded sector etc but the damn things just don't seem to want to save. I'm not 100% certain it isn't a graphical glitch rather then an actual break in the logic. At the moment it seems to be the Port side rails in particular that have the problem... As a workaround I've expanded the door control logic and introduced a delay and a signal extender. This is working for me 100% of the time but I'm on a low latency server with a high spec PC. If anyone still experiences issues with the doors on this version could you please let me know? Thanks!