Introduction and history
Designed as a replacement for the aging and outdated Dauntlas class light cruiser. The Crucio Class fixes up on the flaws that subsided itself in the Dauntlas class. It boost more powerful shields, weapons and has a much higher thrust ratio. The class was never accepted as a design candidate and thus development on the class was short lived. ORT moved in a different direction with it's ship designs ultimately leaving Star Wars inspired ship designs behind. 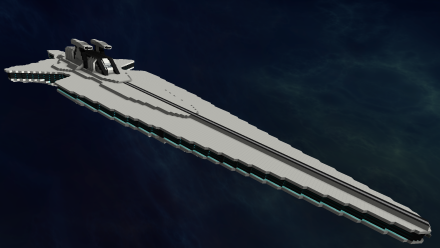 Creators note-
The Crucio class was considered too high of a mass to replace the Dauntlas Class. The Design of the ship was inspired off a Venator Class from Star Wars. Had the Class actually been accepted as a replacement, it would of received a full compliment of interior and exterior detail like all standard ORT ships present today. The entire ship is just basically a mock up or a rough draft that never saw the light of day. Feel free to down load the ship and polish it up! 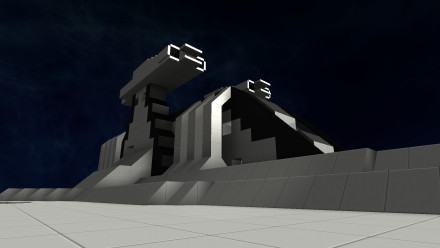 View of the bridge from the deck. 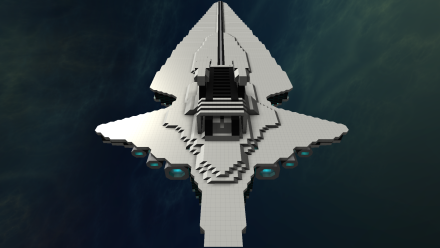 Interior
Crucio class features a very bland and unpolished interior, the whole idea was to be modeled off the interior of a submarine which was another reason the class was not accepted. 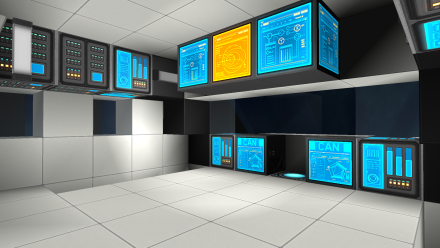