Introduction and history
As ORT moved away from Star Wars themed ships, we turned to halo for new ideas and out came the Cairo class light frigate. Being Suited as the perfect replacement for the Dauntlas Class Light cruisers while at the same time being smaller in size. This ship class was also built in numinous numbers as over 70 examples of this class were constructed. The Cairo was considered the first new ORT ship to be built after the war with communism completely ended. With ORT fleets now being centered around MAC guns, a later refit version of the ship would come to bear a light MAC. The Cairo class did serve in several conflicts itself and was deployed on multiple Starmade servers. 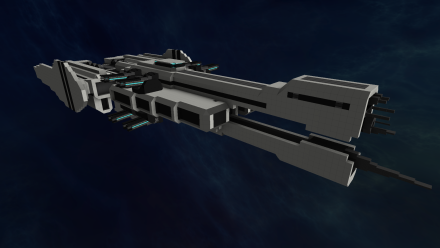 Creators note-
The Cairo class has since been decommissioned and replaced with a newer light frigate. The Cairo Class is also one of the last ORT ships to use the White and Black Paint scheme as newer and latest ORT warships now use UNSC standard Gray and white. The Refit version of the Cairo comes with a ORT standard light MAC and comes in UNSC Gray and white. The ship was also deemed too small to have an interior so no interior was added on this ship. 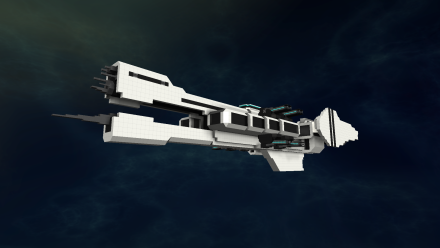 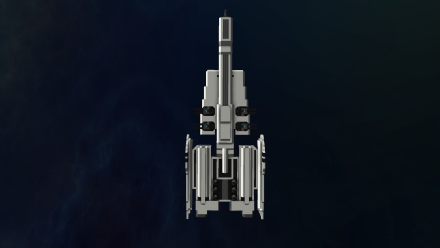 Top side view of the Cairo.

Wartime photos.
Below will feature photos of the Cairo class as it was used in active wartime engagements and photo ops by ORT Naval forces. 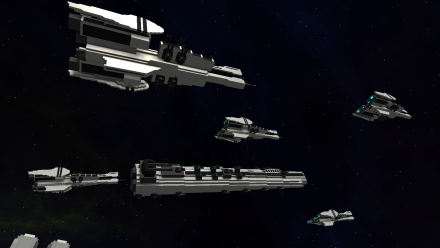 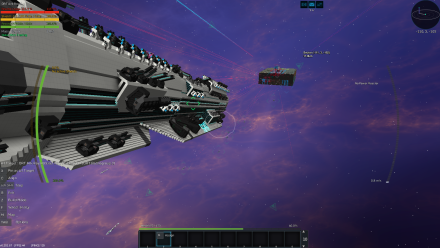 Almost 4 months after the war on communism ended, another conflict began which prompted the use of ORT Naval assets. During this engagement over 120 ships were deployed including almost all Cairo class ships. The ship currently being pictured is the flagship of the fleet ORT Voi. 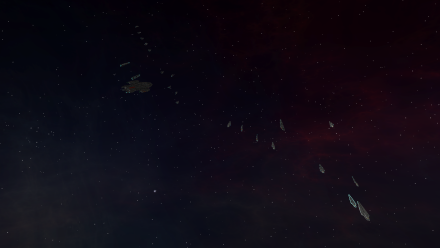 Pictured in this is the combined ally fleet of UVC and ORT launching raids on pirate stations for the anniversary of liberating the communist bases a year prior.
Reactions: Neptun35