Shipyard of the Dominion of Trident 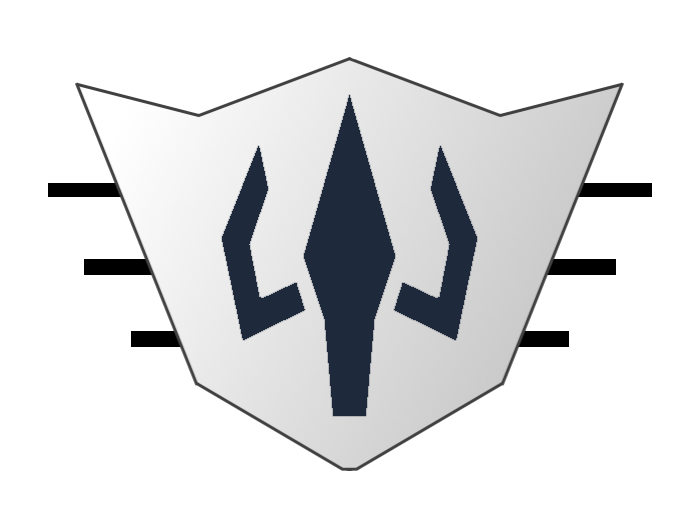 Welcome to the Public Shipyard of the Dominion of Trident.

Rather than attempting to continue our previous thread which is quite old now and no longer follows our current ethos, we decided to make a brand new thread, with only our new (power 2.1/weapons 3.0) entities included.

Dark Lord of the Sith 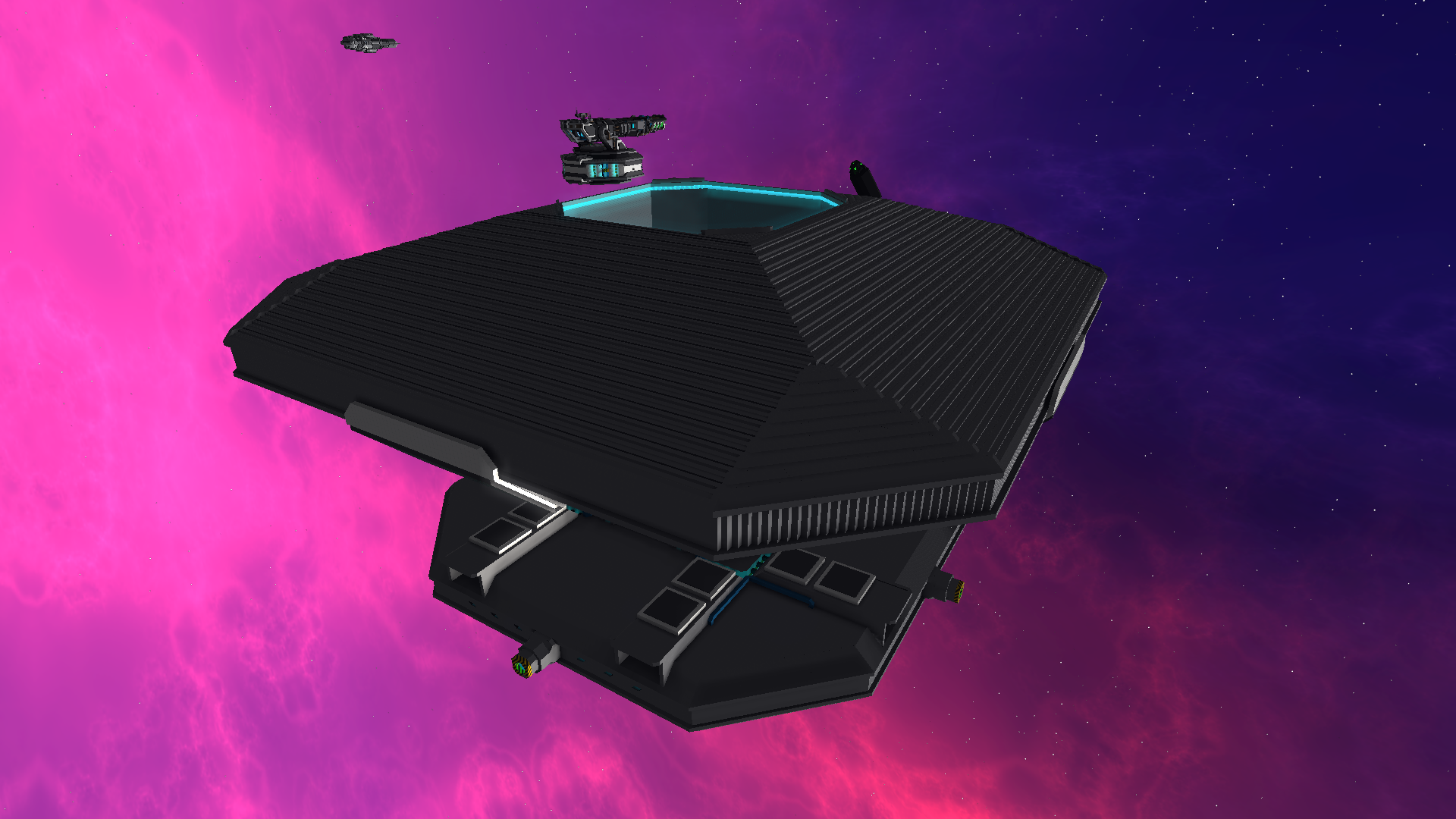 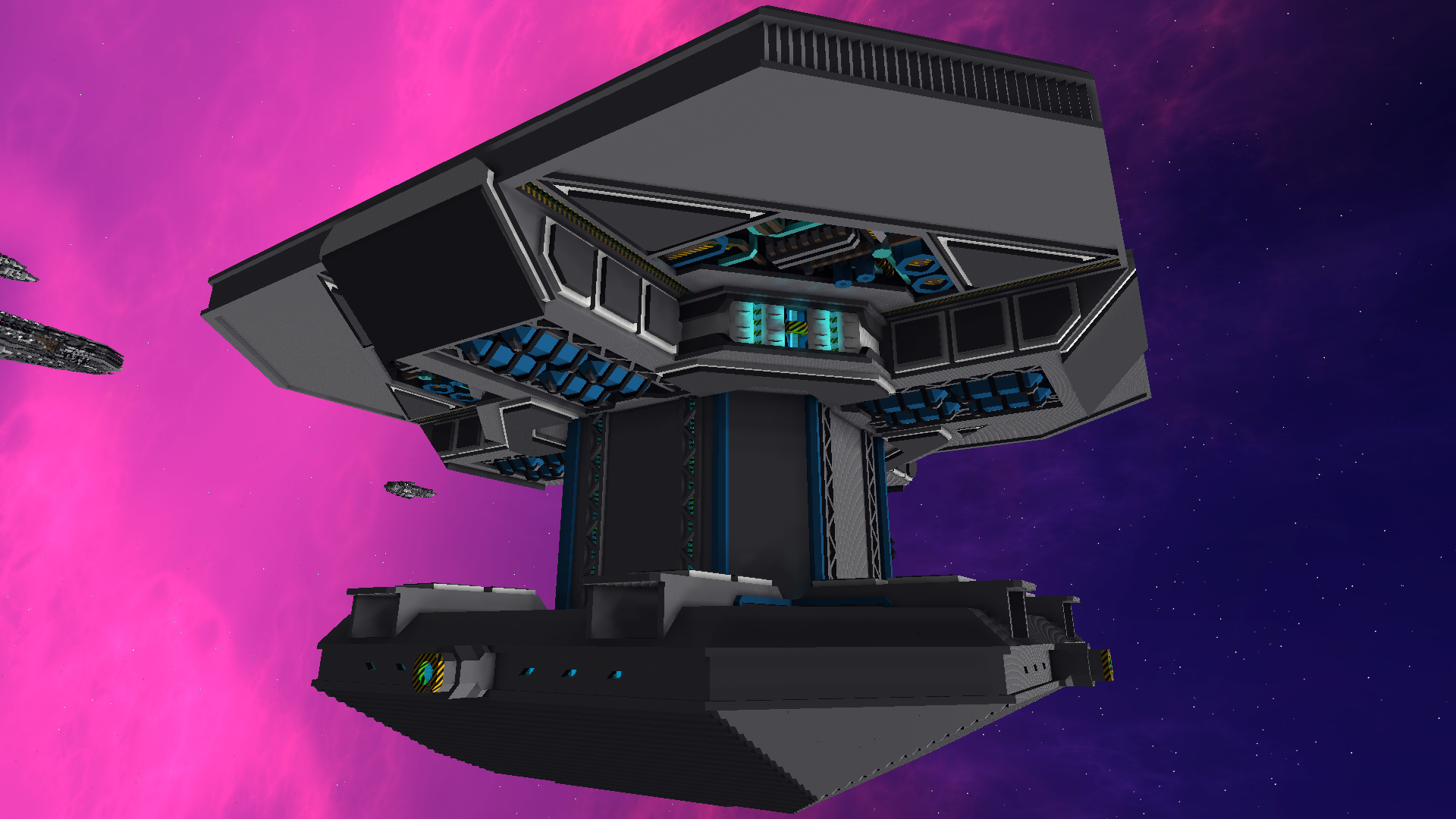 Built in our older signature Generation 2 style, the Starbound II-type Starbase is a large construction with very high internal volume. It will also have four double sided free-floating turret pads positioned away from the station, that will carry two of Nauvran 's CGS-2AX Cyll turrets on each pad.
Reactions: DeepspaceMechanic, NuclearFun and Lord Daro 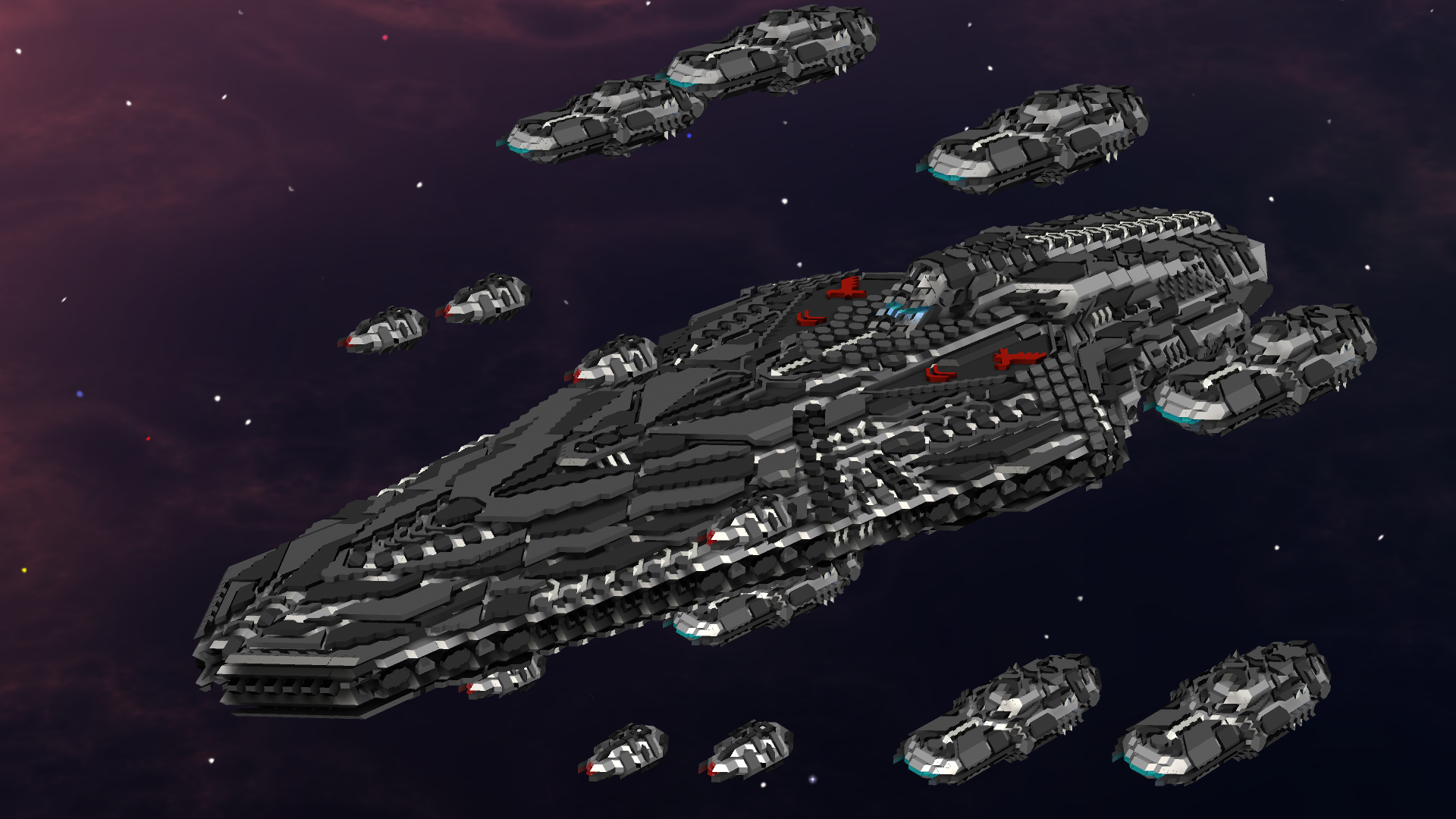 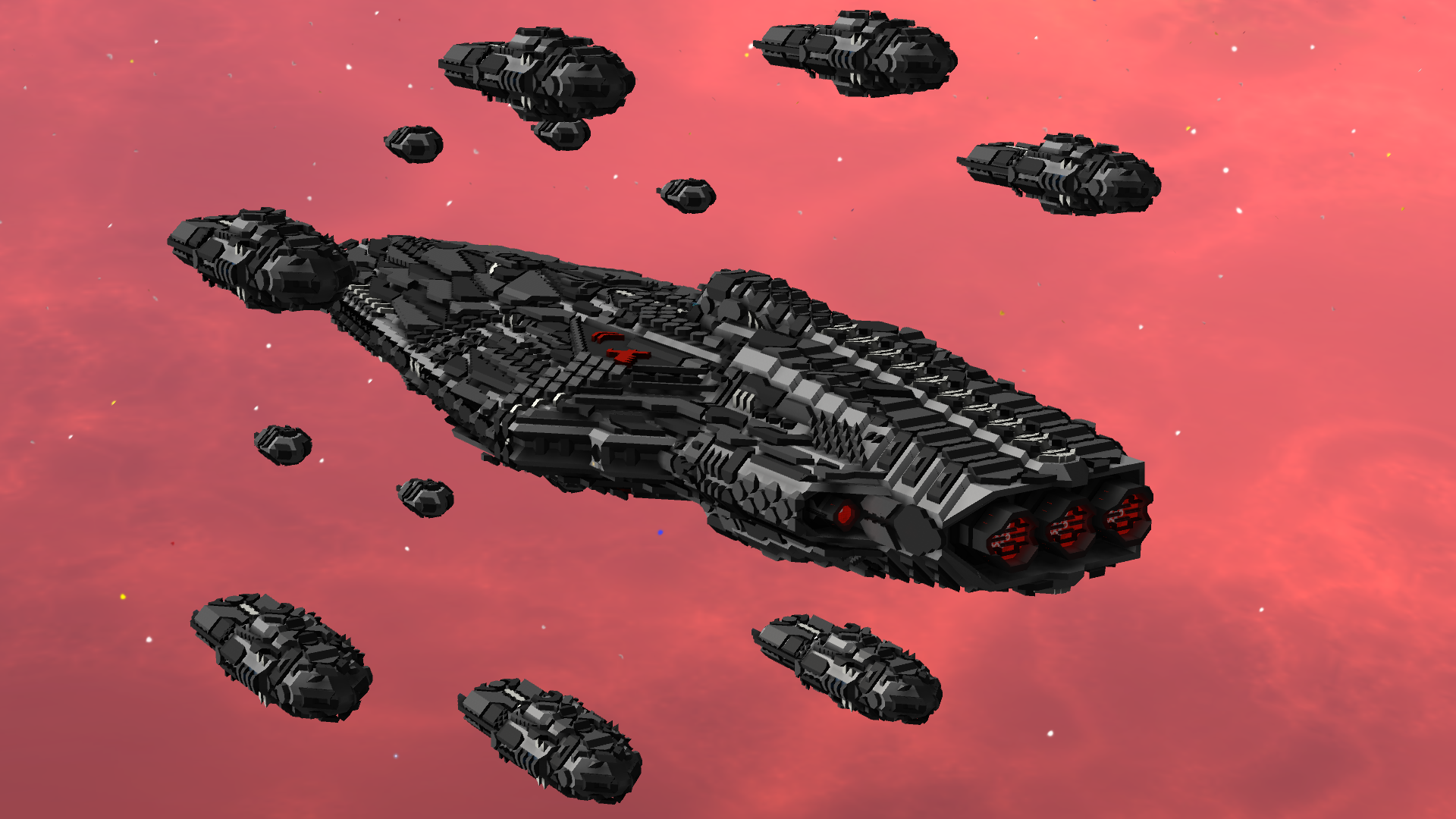 thats all thats here?
huh. thought there would be more.

If you want to see more, check out their old thread. The weapons and power update has kind of reset everyone's fleets.
Reactions: Jake_Lancia

Brokengauge said:
If you want to see more, check out their old thread. The weapons and power update has kind of reset everyone's fleets.
Click to expand...

Work on public-release shipyard ships has slowed due to this, and Solaris One taking up most of our time.

The dood has 50 released things in the dock. What do you have? :P

Sneak Peek at some new projects!

We've gone back to the Generation 2 (version 2) ship style for this one. Very needle-like (and blatant stealing of Trinova Technologies' ship style :P ), this corvette actually has a surprising amount of interior for its size. 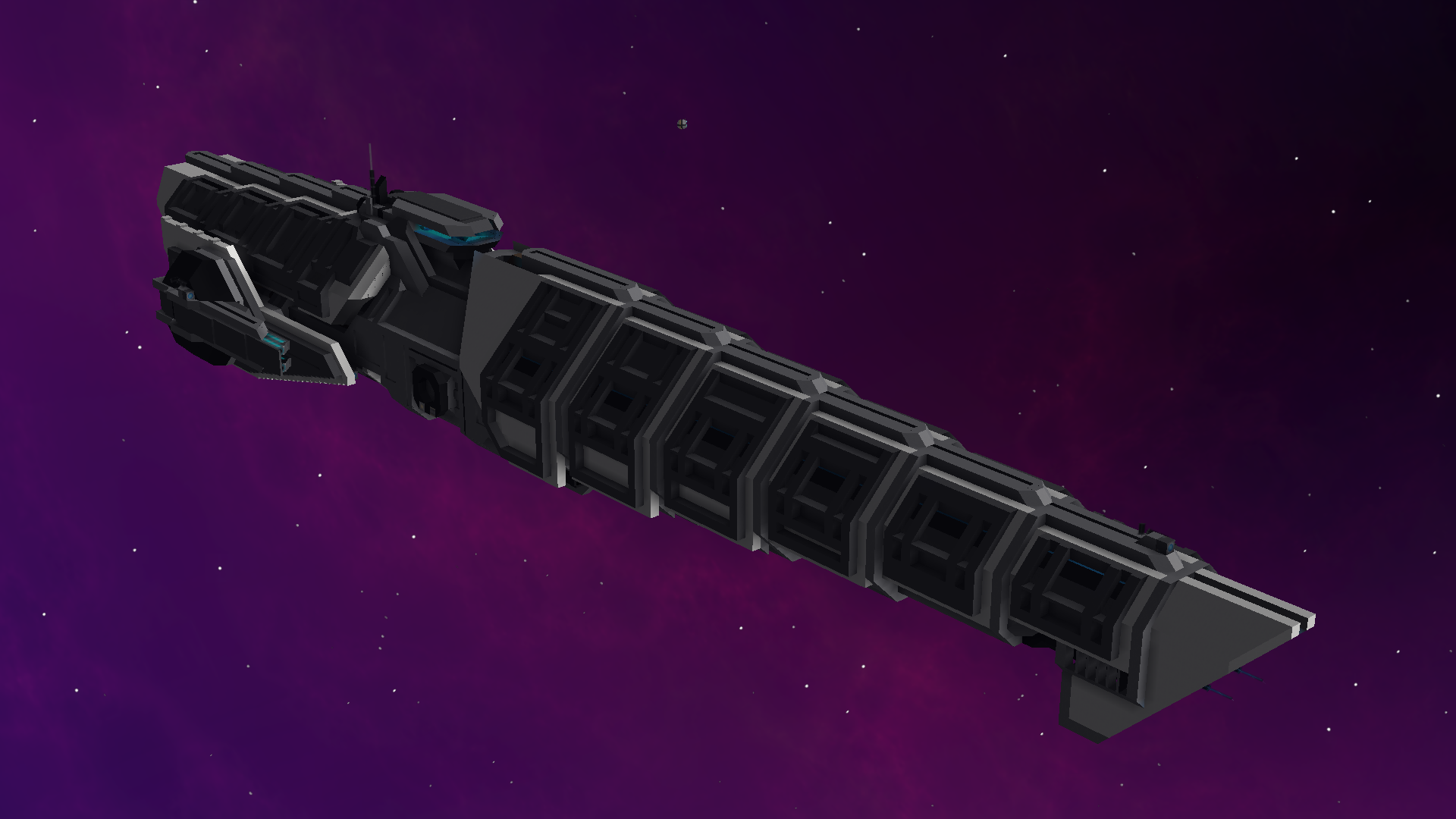 And a very WIP station that this ship will be eventually released with: 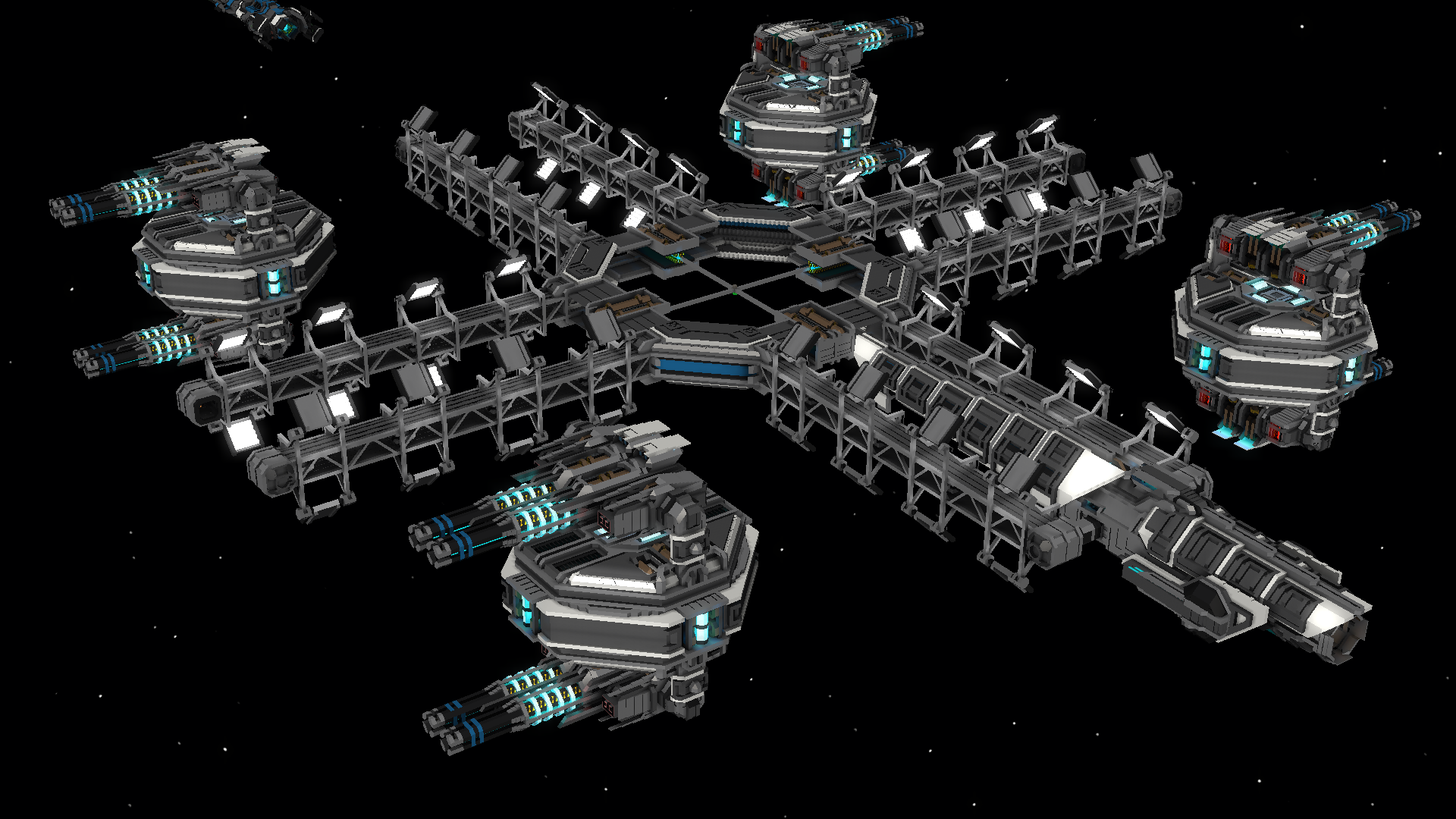 More details on these will be coming soon (we haven't even named them yet!)
Reactions: Rumcajz, Nauvran and DeepspaceMechanic

Progress on the station: 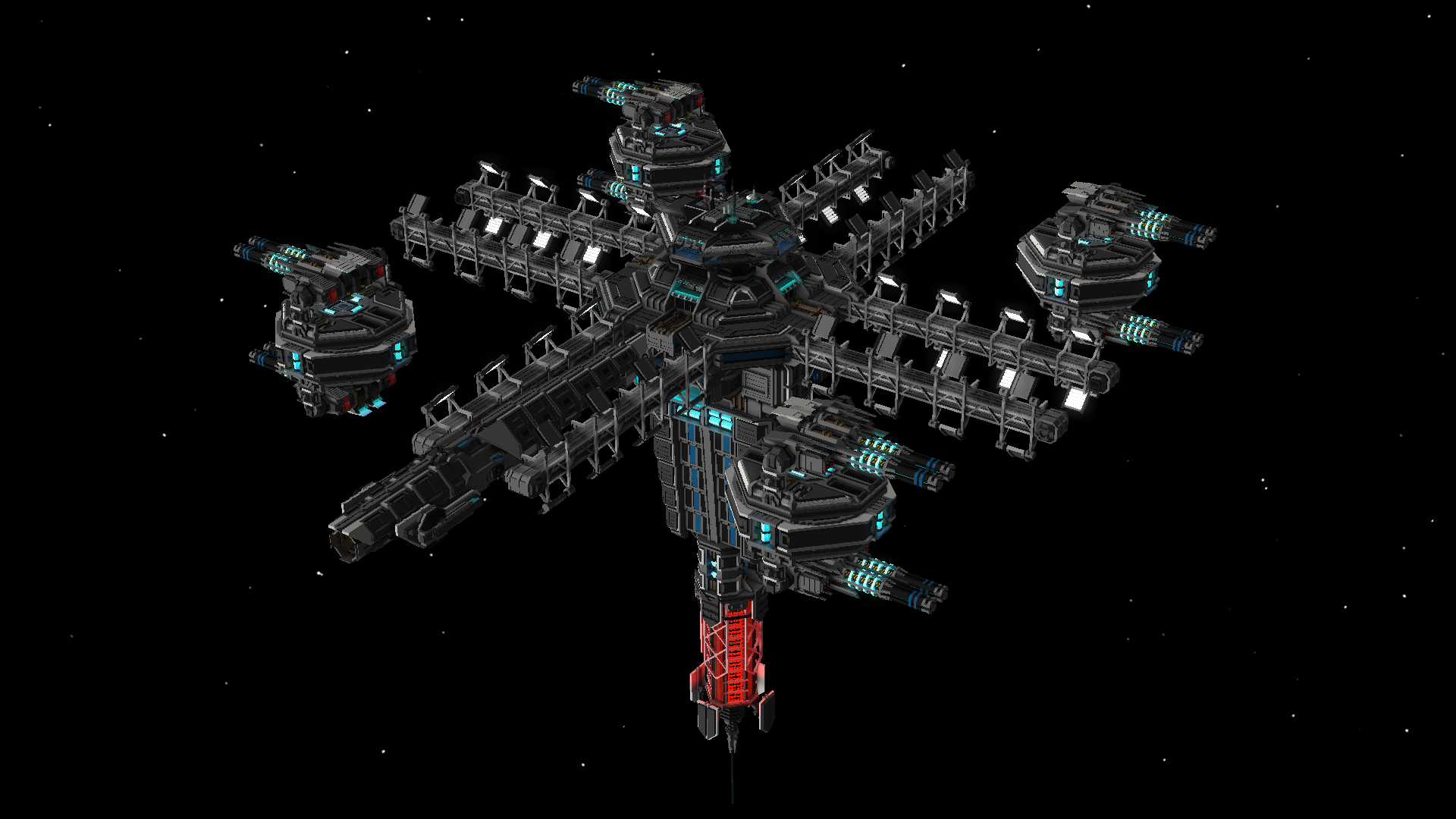 Significant progress on the exterior; large reactor installed on the lower section (the glowing red thing) 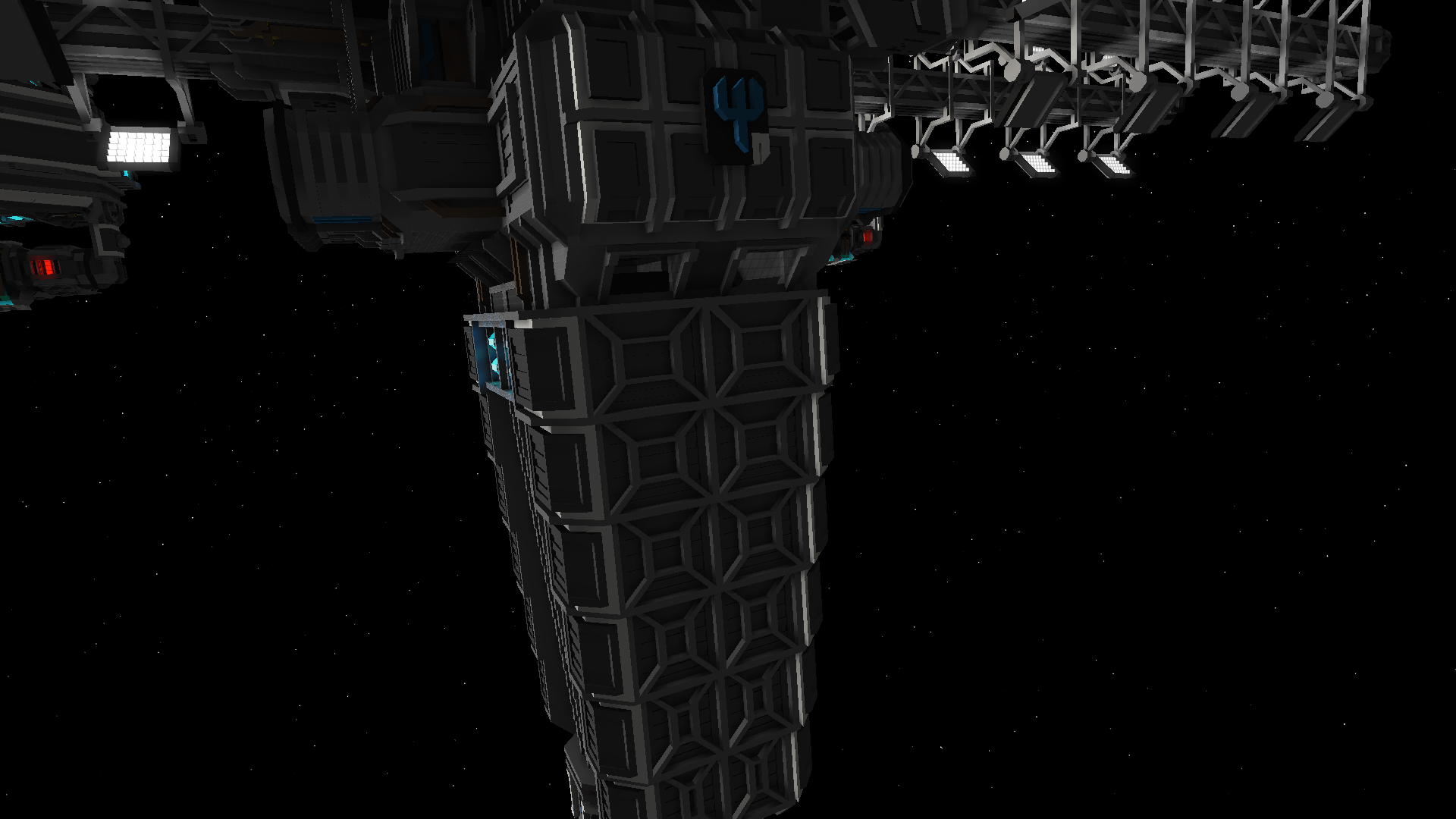 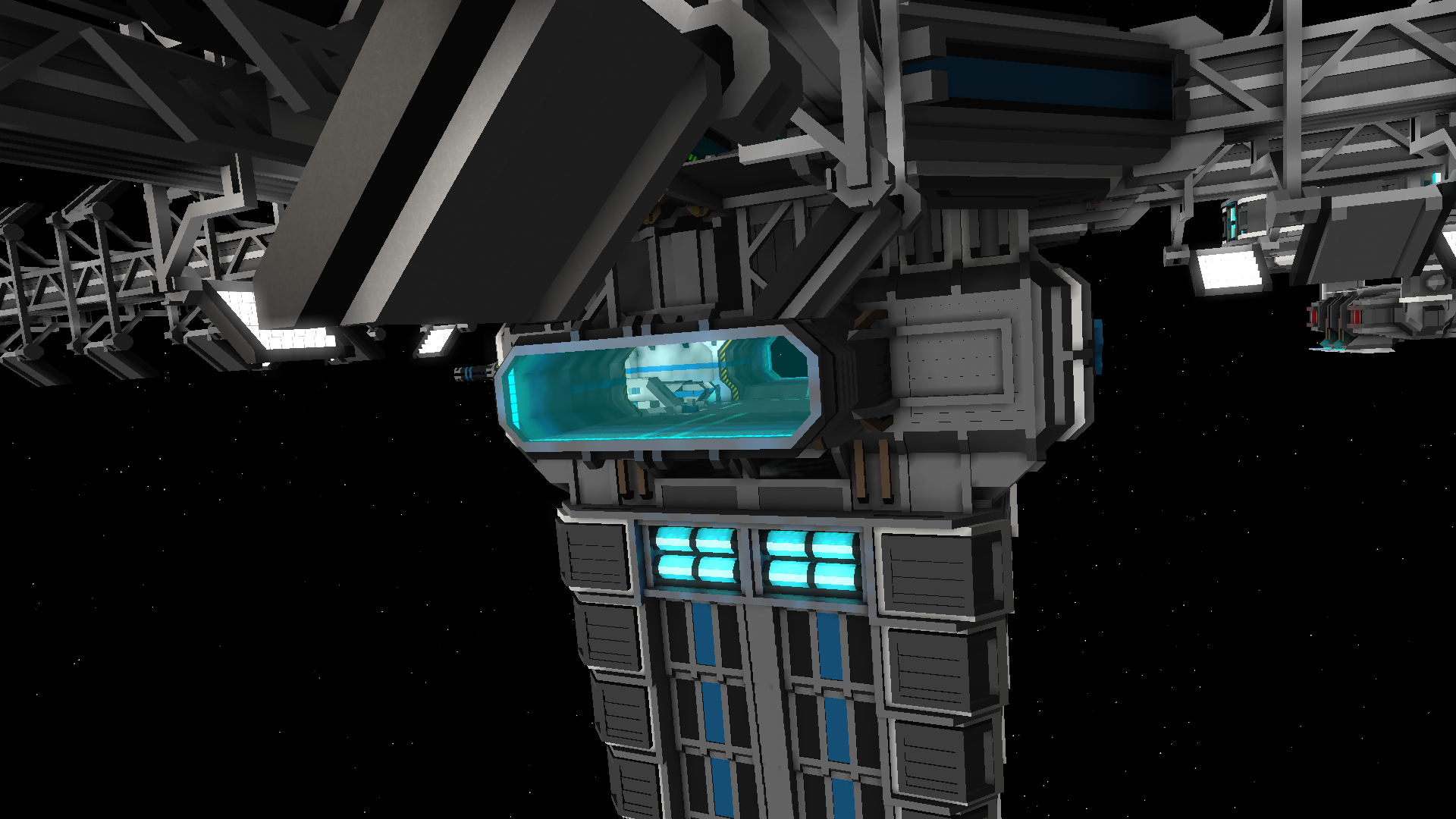 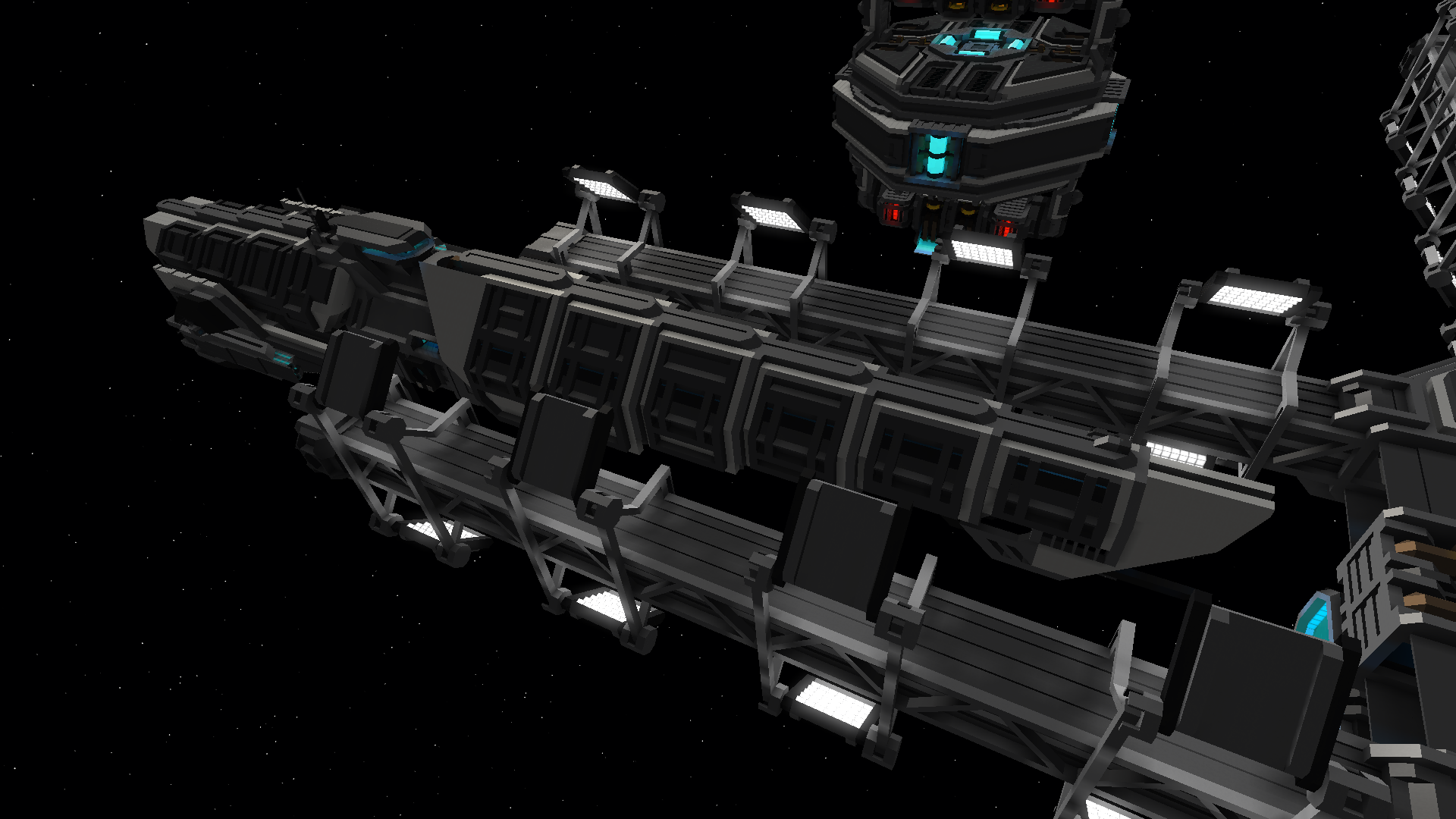 Upgraded drydock, with a corvette docked
Reactions: Invadr, Rumcajz, klawxx and 5 others

Some more progress has been made on the station:

-The turrets are now solidly connected to the rest of the station
-Four scout drones have been added to mini-hangars on the connecting girders
-Many additional exterior details, including fuel tanks and refuel points
Reactions: Scypio, Rumcajz, DeepspaceMechanic and 4 others

this look so cool
Reactions: Jake_Lancia

this is epic
Reactions: Jake_Lancia

The Strider-class Corvette has been released! Work on the station is taking longer than expected, so I decided to release the Strider-class standalone to bridge the gap. 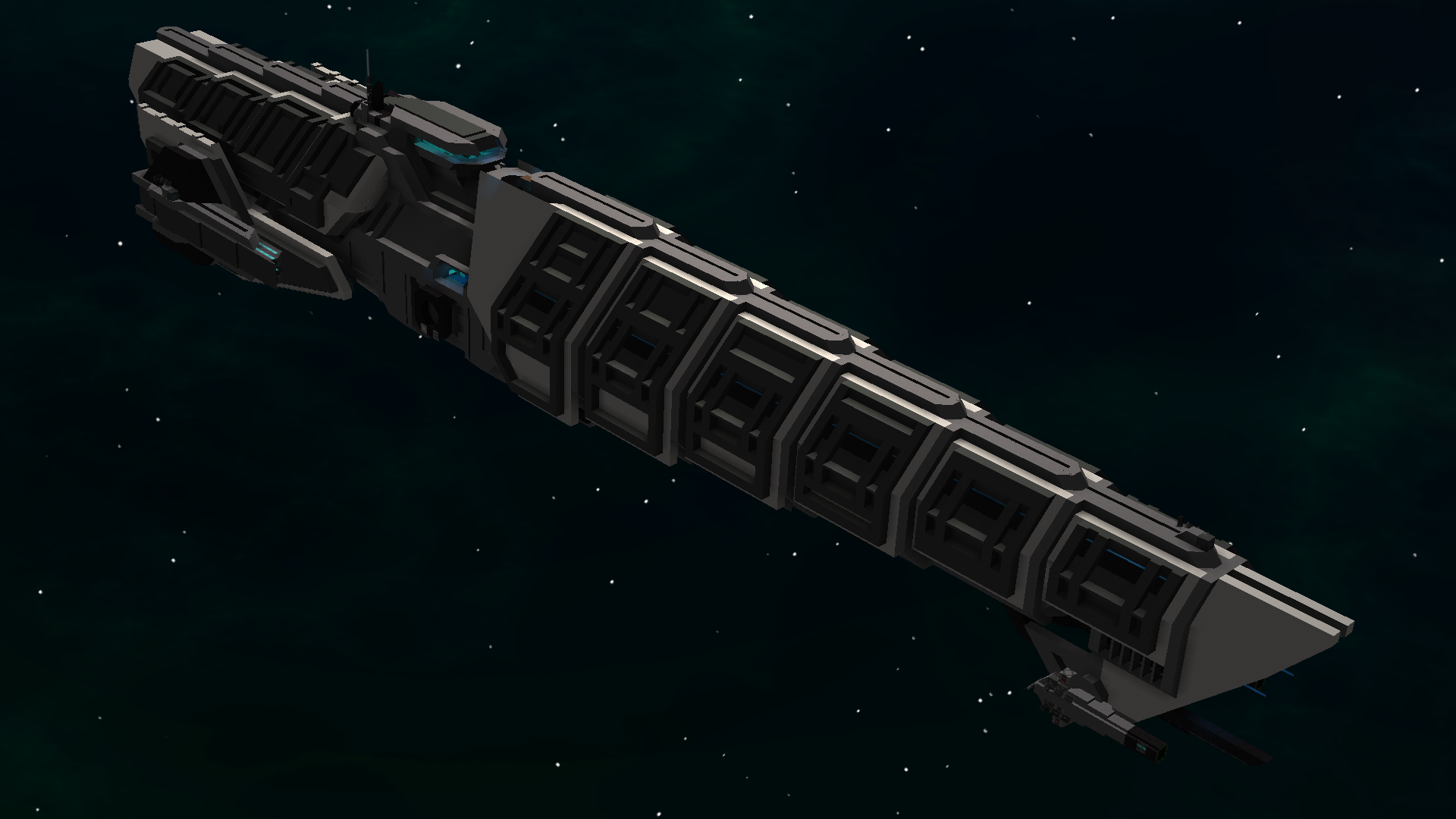 DOWNLOAD HERE
​
Jake Lancia stood up from the captain’s chair of the TRV Solaris. He stared into the blackness of space ahead of the ship, contemplating how far he had come since leaving the Nass Galaxies. How far Trident itself had come.

A beep from the forward console snapped him back to reality.

A large metal construction loomed into view. Little more than a mess of pipes and scaffolding now, it would soon become a model for a new type of outpost station that would expand the frontier ever further, allowing Trident exploratory vessels to resupply and refuel ever closer to the edge of known space. Jake, being an avid adventurer himself, longed to fly ever further from the galactic core, but duty kept him close to home.

The Solaris proceeded to dock to the most completed section of the station, and Jake and his first officer disembarked the ship. Various workers surrounded Jake as he made his way through the incomplete hallways, until he arrived at the CIC. There only a single person stood, its back to Jake, in relative shadow.

“Plaz”, Jake began, “I was beginning to worry you’d gone off on some random journey again”

The being turned round, to reveal two rapidly-adjusting, bright blue photoreceptors taking in his visage. “Not this time. My Precursor implants have not been calling me away for some time.”

“Glad to hear it”, Jake edged up the ramp towards the commanders’ chair, where Plaz stood, “so how goes your drive for efficiency over here then?”

“Excellent, actually. My efforts have yielded a 34.3 percent increase in the speed of construction, and a 11.2 percent reduction in resources used. I do not think many of the non-robot workers like this new arrangement, however”

“Why am I not surprised… Did you take away their breaktime again?”

“Plaz what have I told you about removing basic sentient rights?”

“Fine, I will reinstate this ‘breaktime’ you feel so strongly about”

“Good. I’ll be back another time, and I hope this place is ready when I get back.” Jake headed back down the ramp and back into the corridor. He reached for his communicator, and thumbed it open. “Lancia here. I’m heading back to the ship.”
​
Reactions: Rumcajz, Sachys and Nauvran

Jake_Lancia said:
Work on the station is taking longer than expected
Click to expand...

...aaand that reminds me I need to work on mine.

We've released an updated variant of the Resurgent-class in our ever-popular Generation 2.1 armour style! 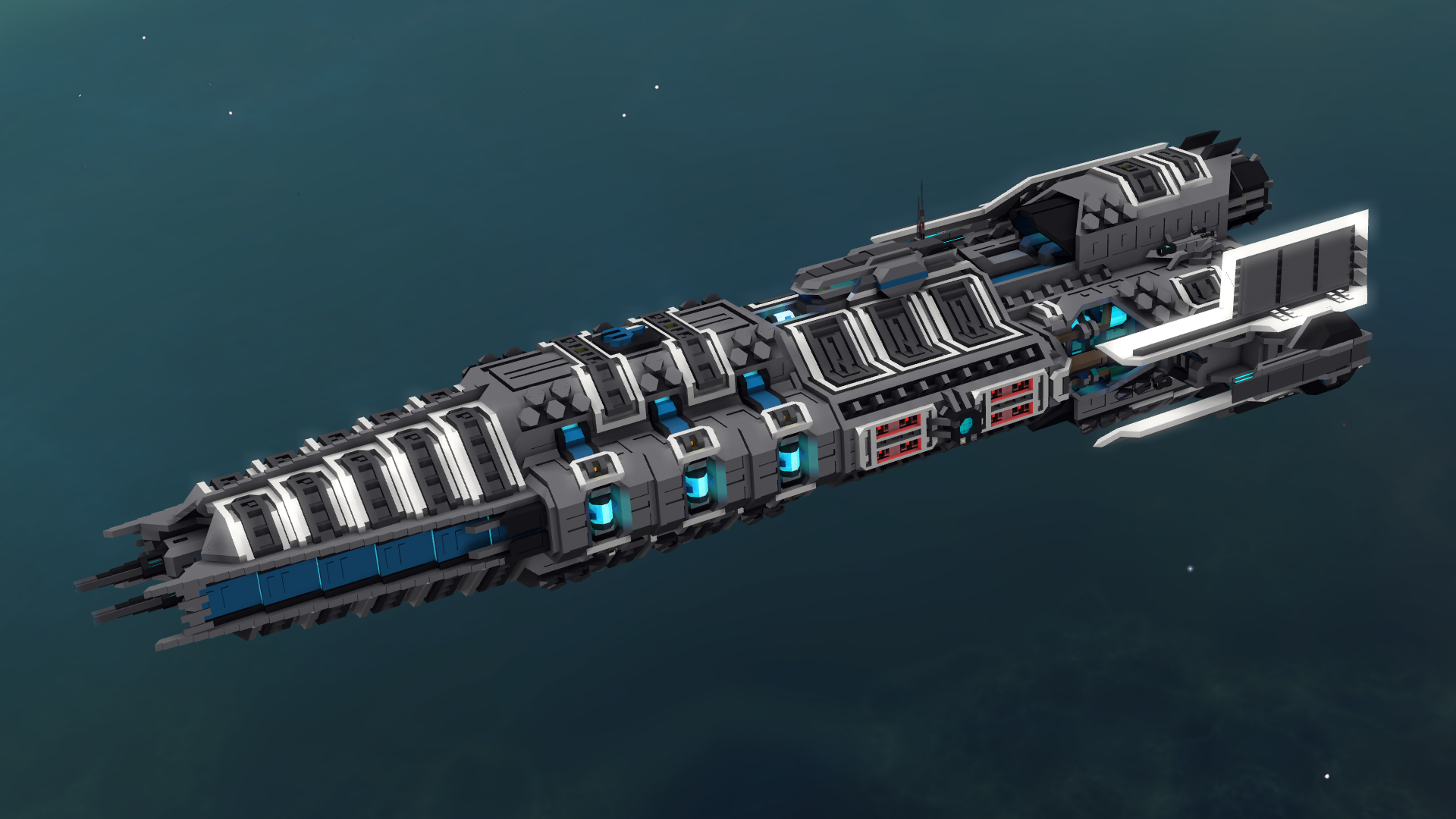 And Plaz has also released the all-new Hawker-class Corvette! 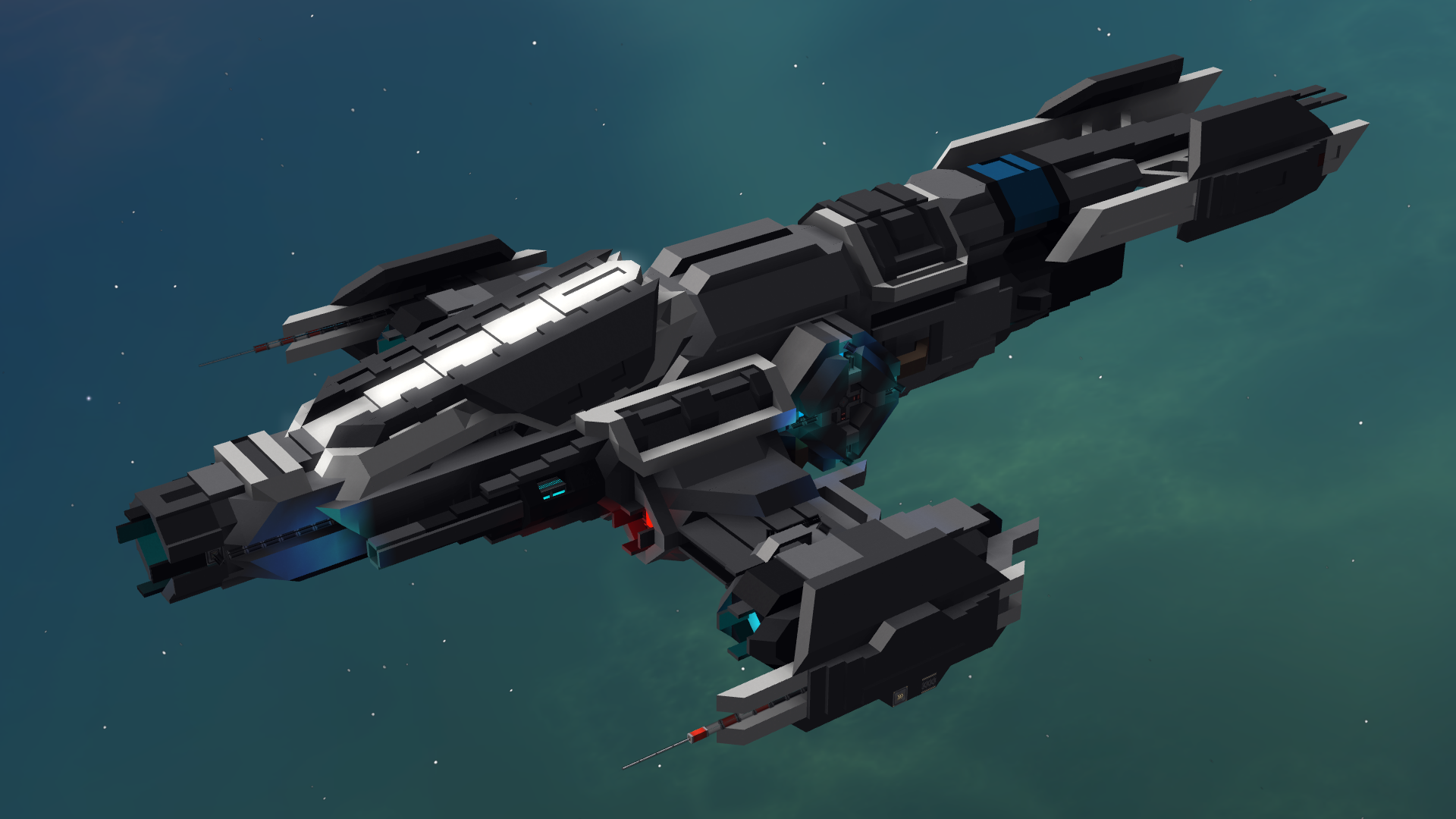 Plaz has also released the Strider Heavy, a refitted variant of the Strider-class Corvette which is better suited to military duties! 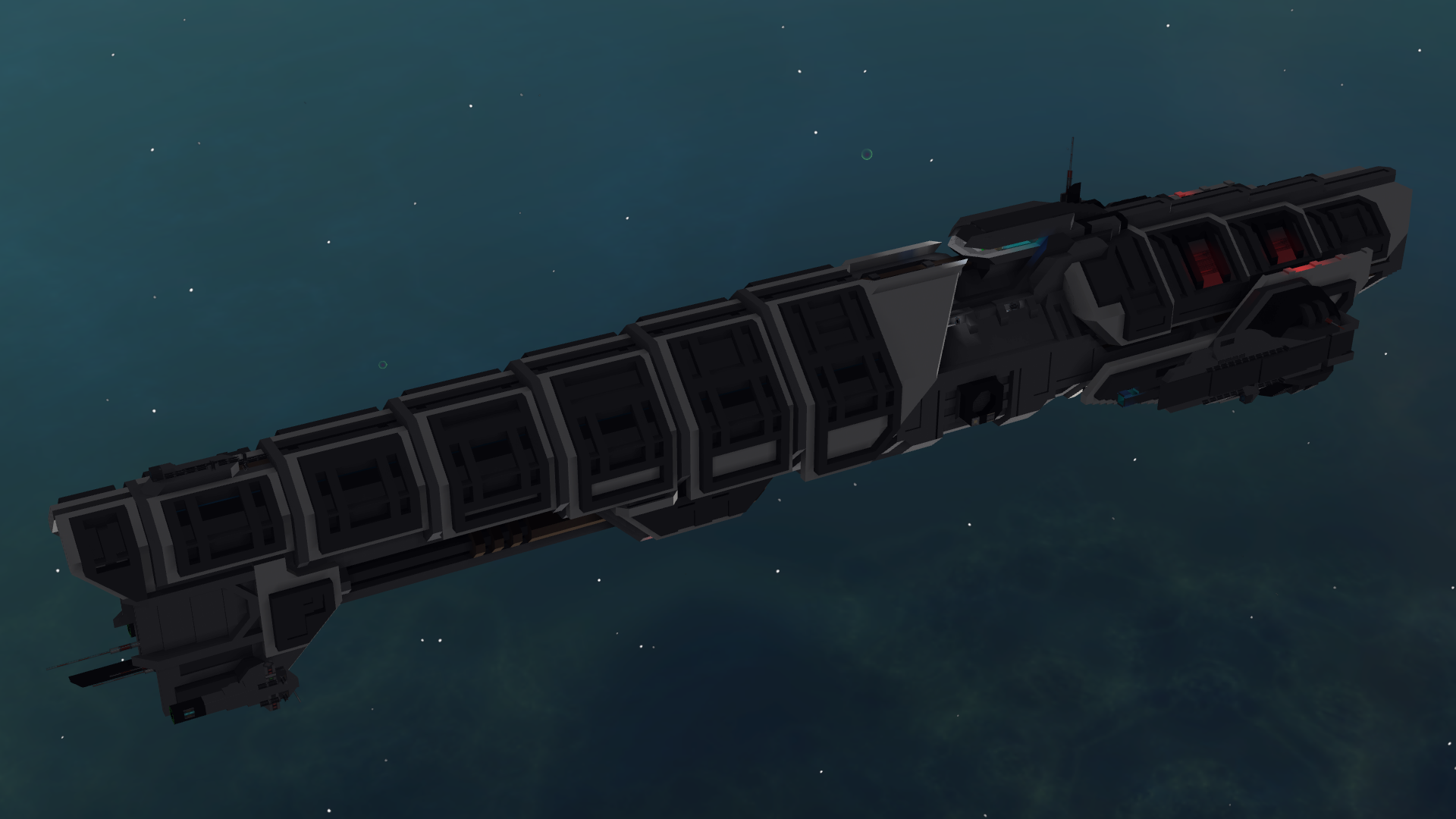 We've made moar progress on that outpost station thing!

Plaz decided to rebuild basically the entire top half of the station: 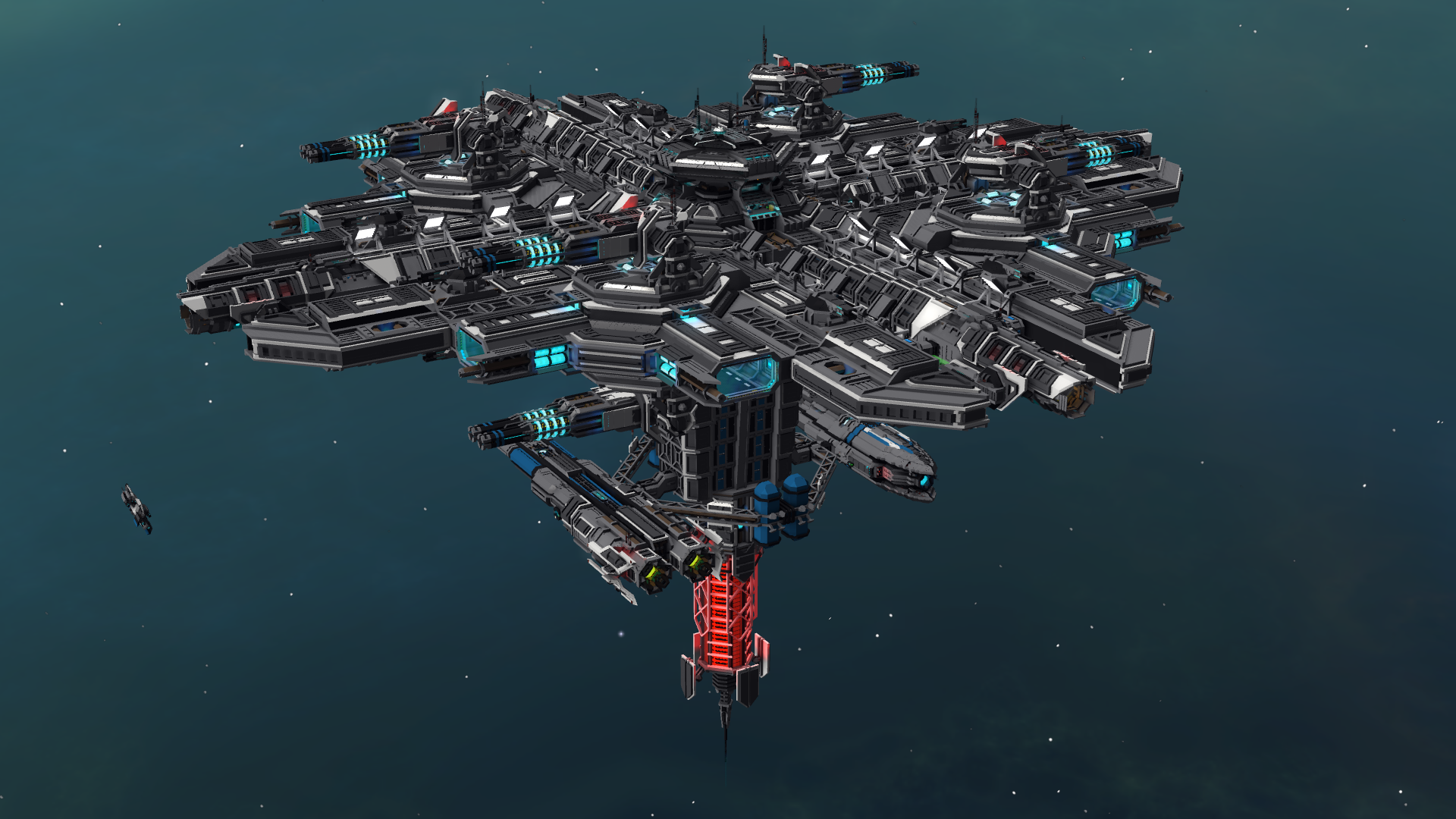 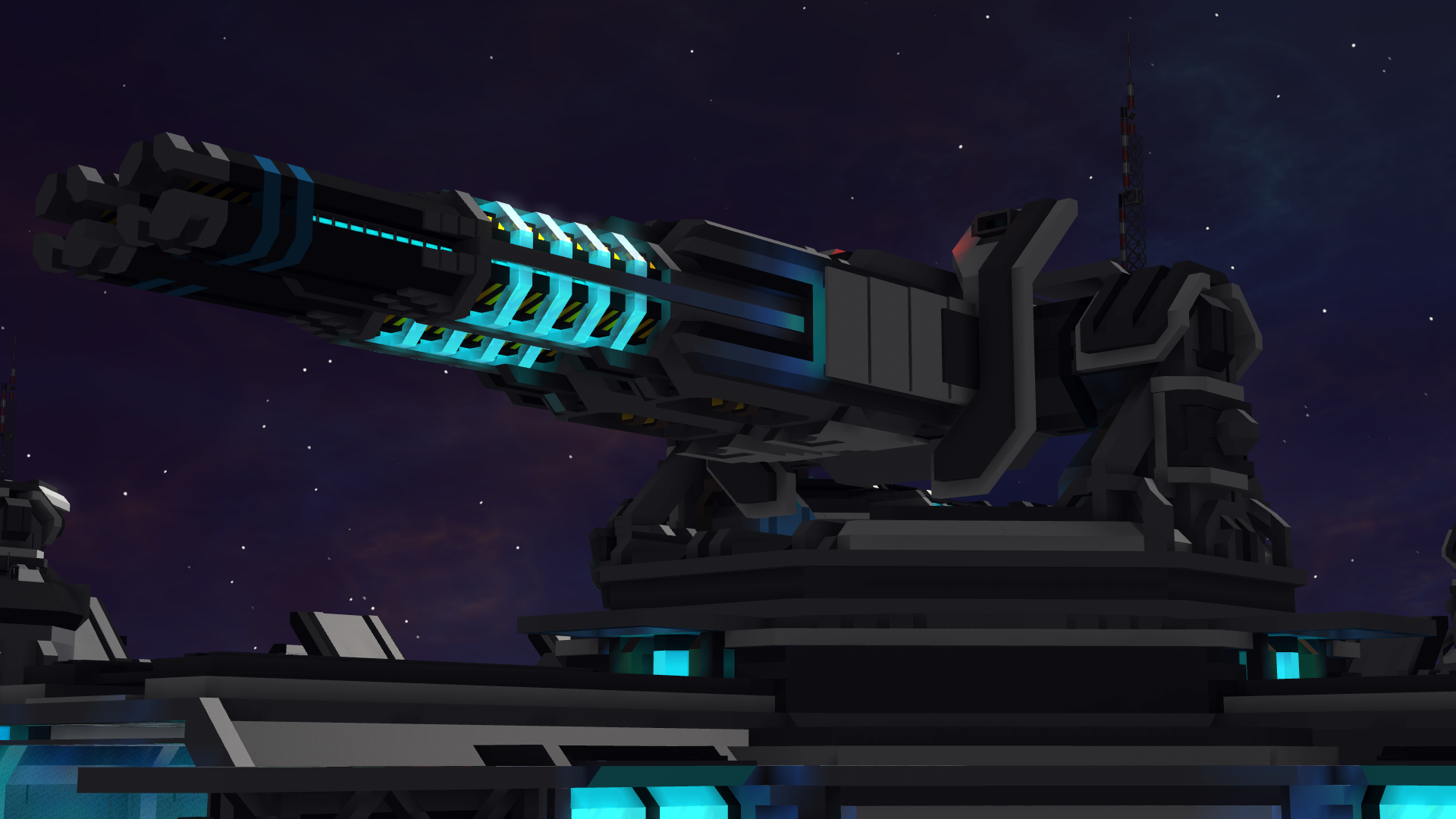 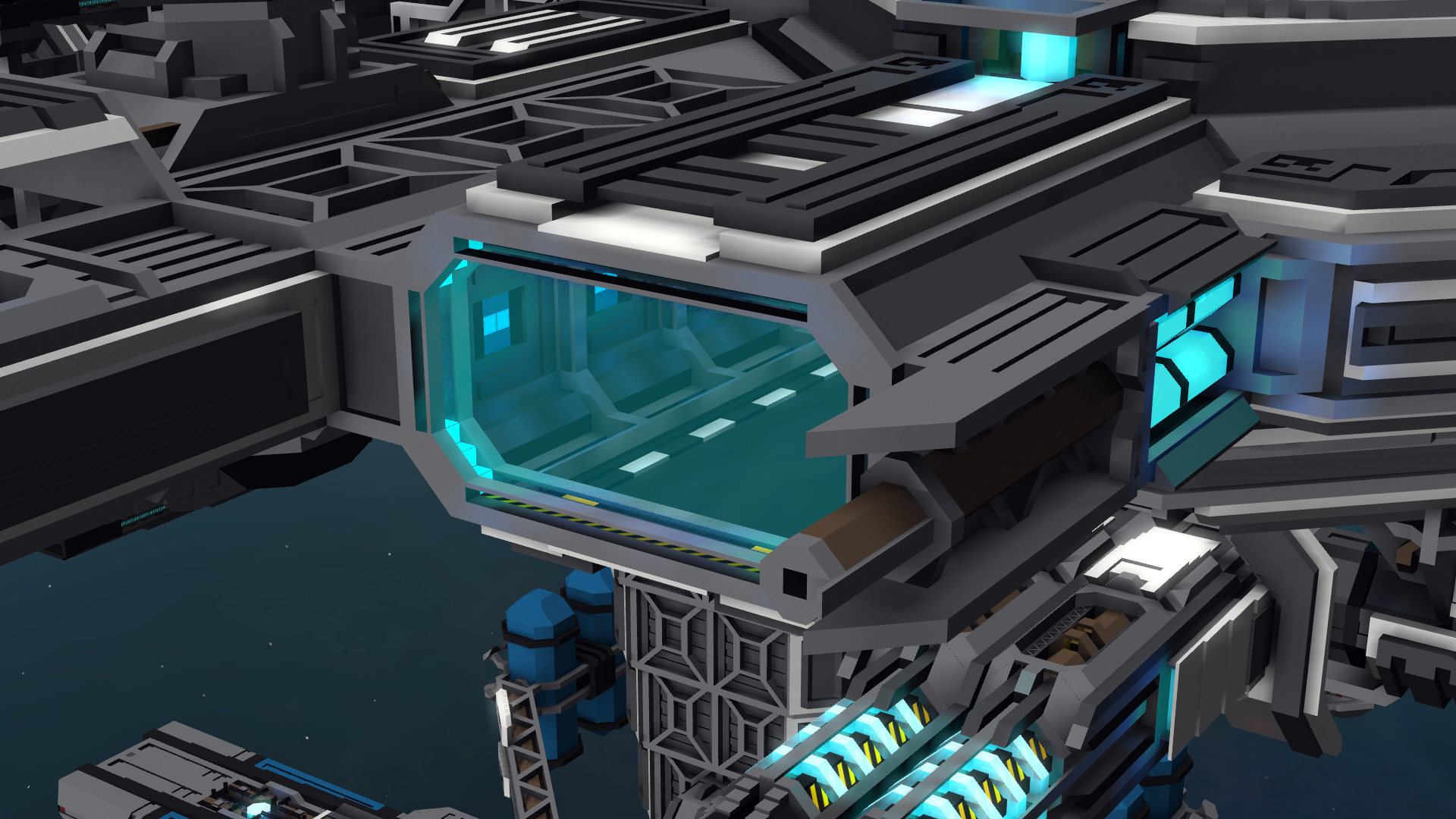