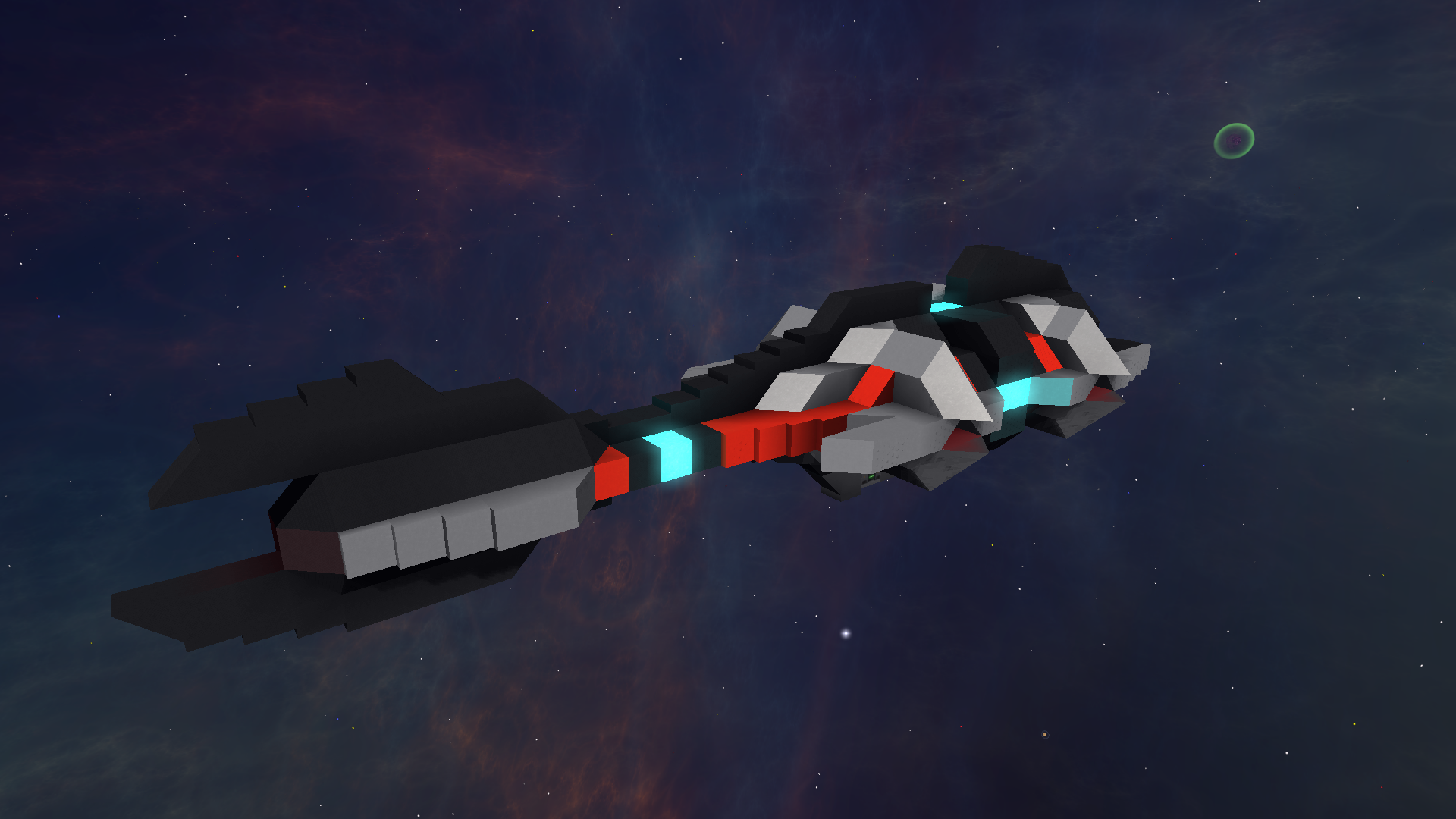 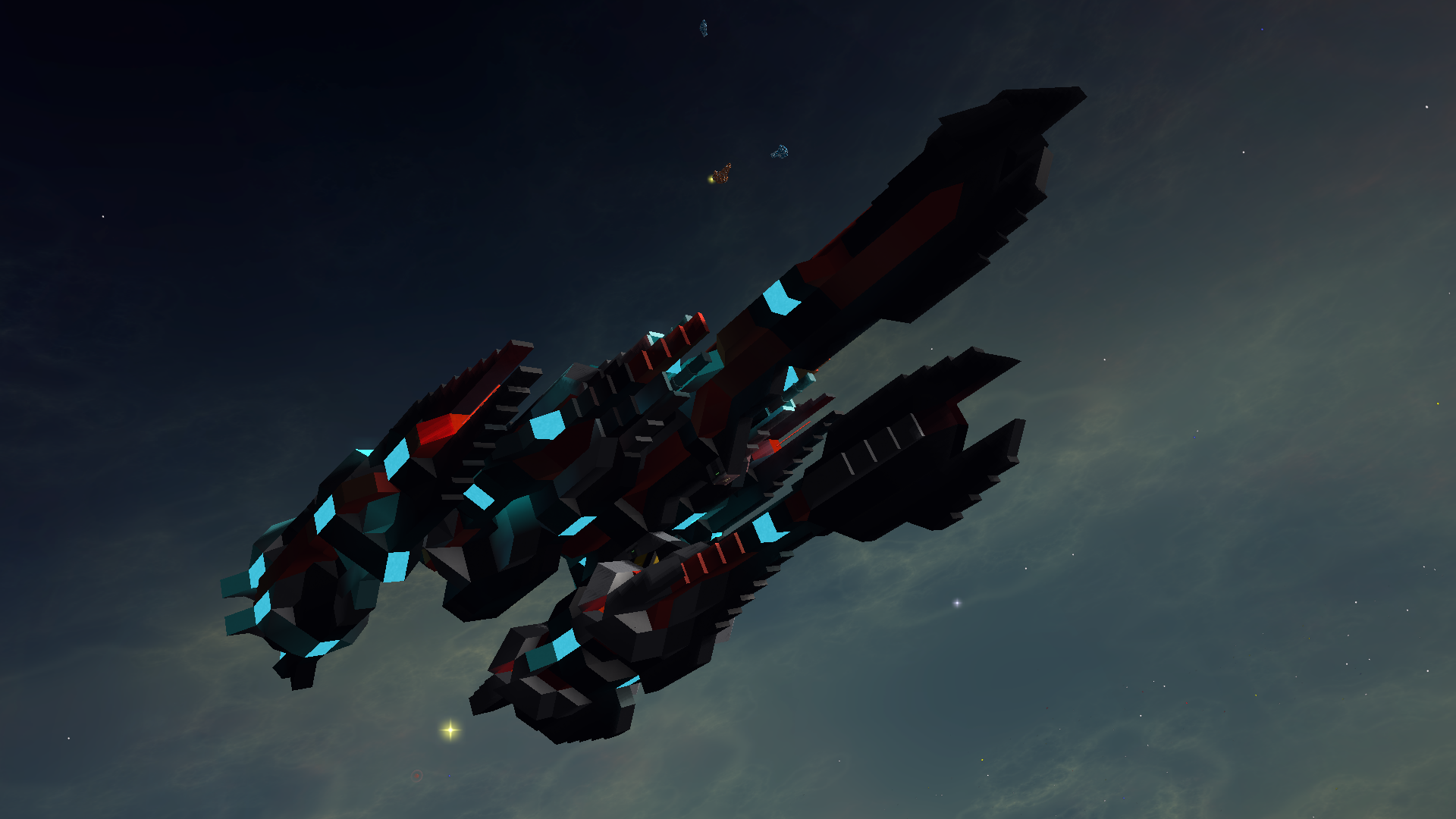 ​
The Sentinel has been languishing in the refit queue for much too long. Now that Schemadyne's weapon improments have been released we've decided to re-prioritize the Sentinel's role.

The Mark II has been complete redesigned to our generation VI vessels. It only features one weapon its Atlas Cannon but it would be wise never to underestimate it. The Atlas Cannon will fire a powerful projectile that can rip through shields and pierce through the toughest armor. Be warned its recoil can topple over smaller ships if not accounted for.

The small slab near the rail docker is designed to work with our turret autocannon systems on some of our vessels. It allows ships to turn a turret dock into autocannon dock that they can control. If any of our consumers would like to use the Sentinel without this slab they are free to remove it.