Ever felt that it's kinda weird that our stations are floating out there in the middle of empty interplanetary space, yet all of our communications equipment consists only of a few antenna poles or perhaps a few small satellite dishes?

Ever felt that the otherwise flat and bland bottom surfaces of stations should feature something more interesting or eye-catching than just some minimal improvised decoration?

Then here's the solution to your problems: a giant radio telescope with a dish 81 meters across!


Just dock it anywhere on a station (or perhaps near a planetary homebase, when planets will be large enough to fit one), connect up a wireless controller, and enjoy the make-believe scienciness of it as it re-aligns itself once every 20 seconds (the first animation sequence too starts 20 seconds after first button push). And it has realistically slow rotations for reasons (no rail mass enhancers = no power needed = update-proof).

*NOTE: Both the dish and the base structure rotate, like in the case of turrets, but there's also a third small entity at the bottom, to which the base is docked. All the logic for the looped animation is in this bottom pivot-like entity; you can control the whole thing from this pivot part. Enjoy! 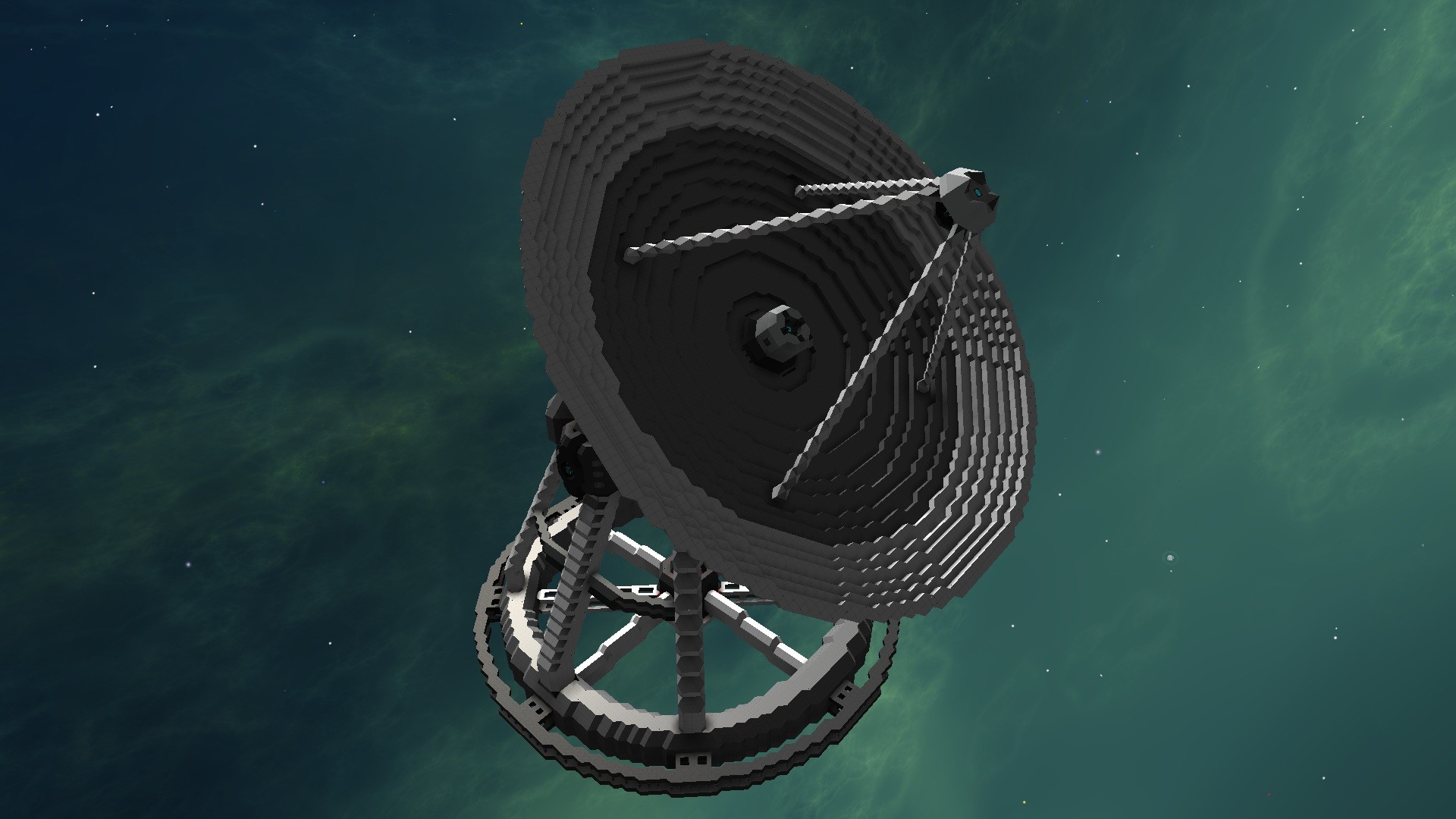 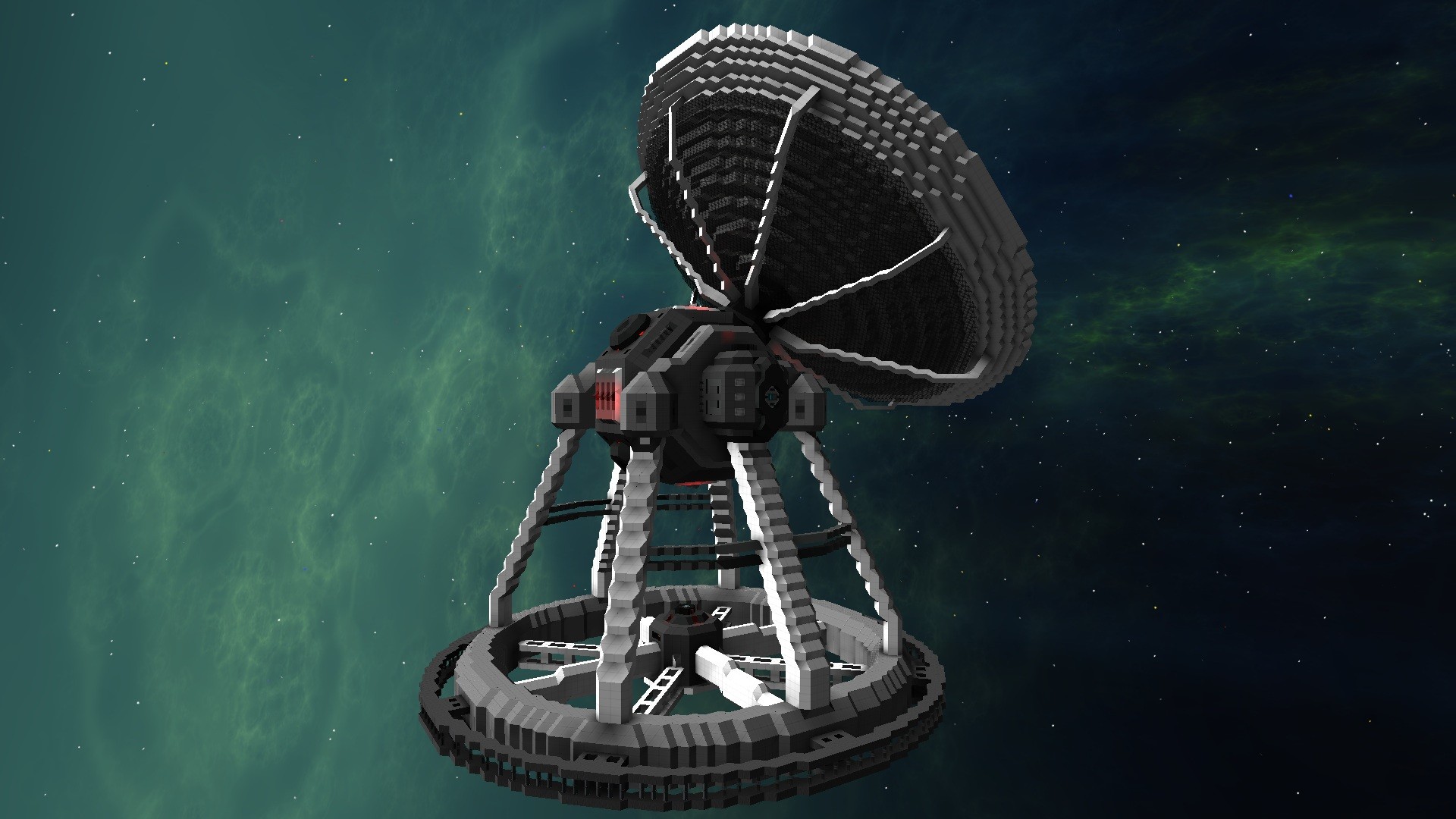 Great !
its update proof except for an update that updates logic.

DeepspaceMechanic
Right! - Now THAT would be a nightmare. Gosh, the tons and tons of stuff that would need to be fixed... But realistically, it's unlikely. Thanks for the 5 stars :)
Read more…
Top Bottom