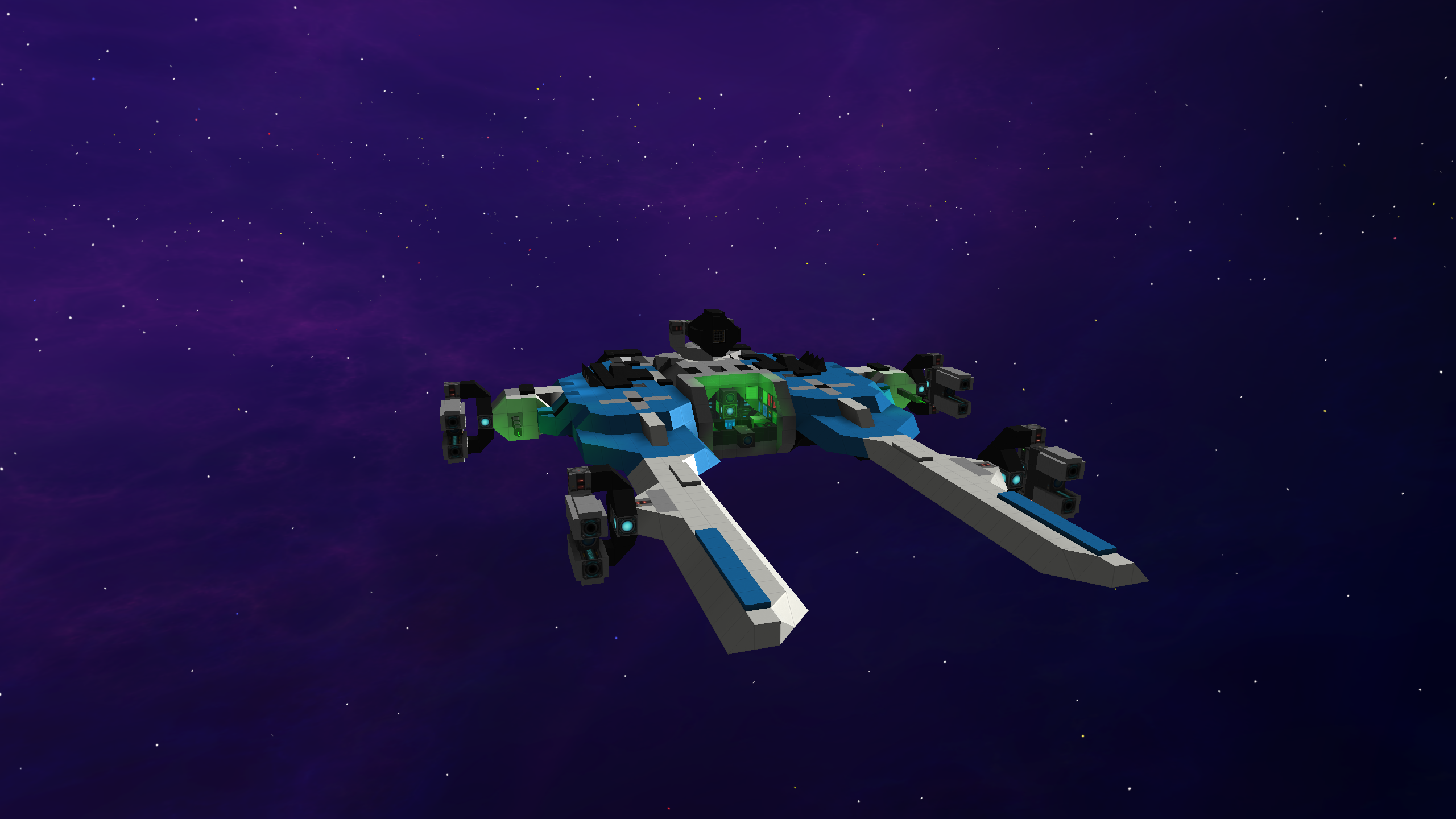 Description:
The marksman LED-CG-M2, or simply the Marksman Class Gunship, is the second entry of gunships in the Valor Series. originally envisioned as a close-range support ship, it underwent a redesign mid development, and comes with the first dedicated, built in AMS weaponry. combined with it's own missile launcher, this makes the marksman an ideal escort ship for massive freighters, carriers, and stations if corvettes, frigates or fighters are unavailable.

it can also also attack at multiple ranges when one considers its missile launcher and turret cannons, even if its primary weaponry is paradoxically close range.

sporting a 4 charge, auto FTL drive, this allows the marksman to act as an additional spearhead force for FTL excursions. 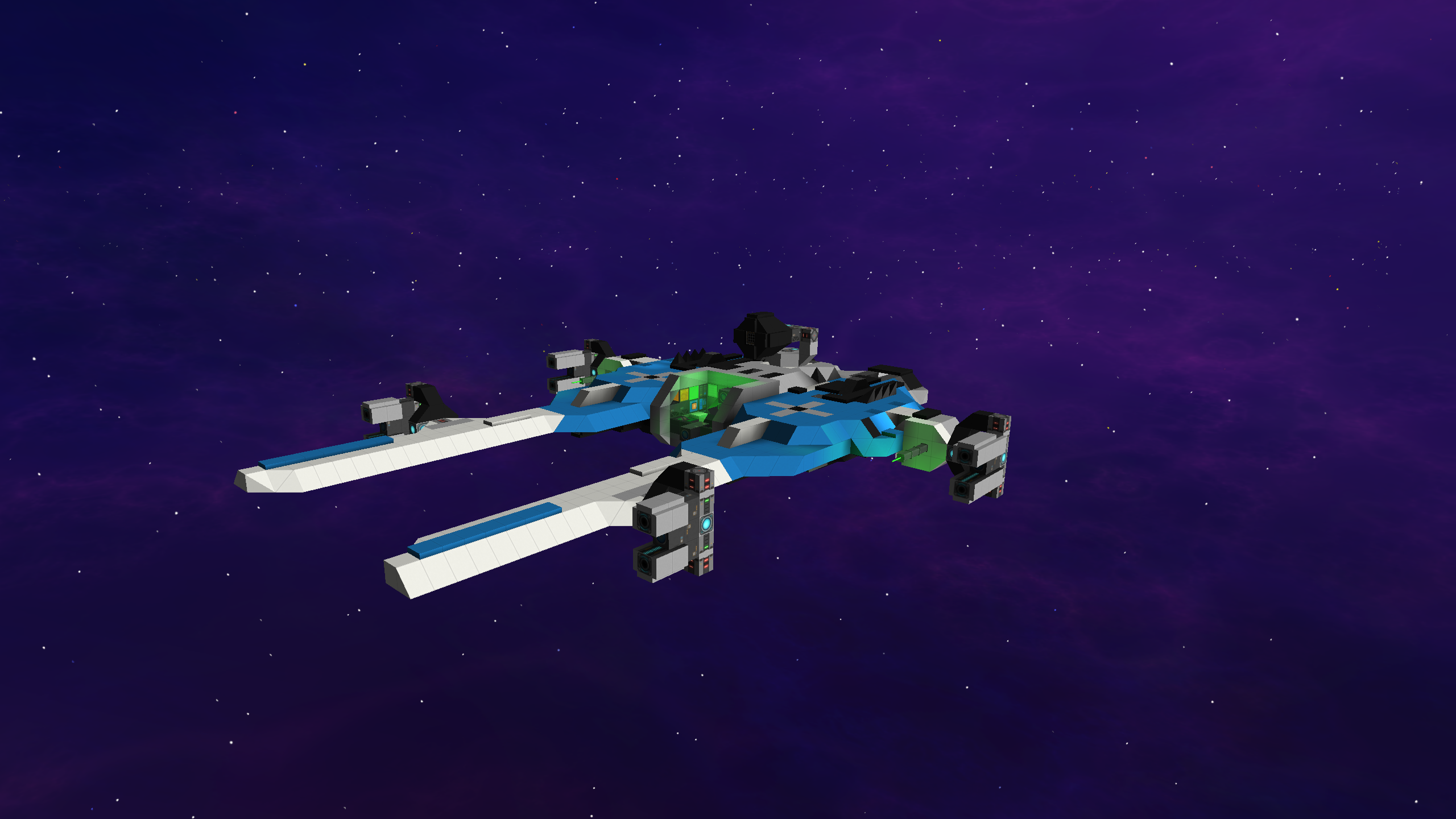 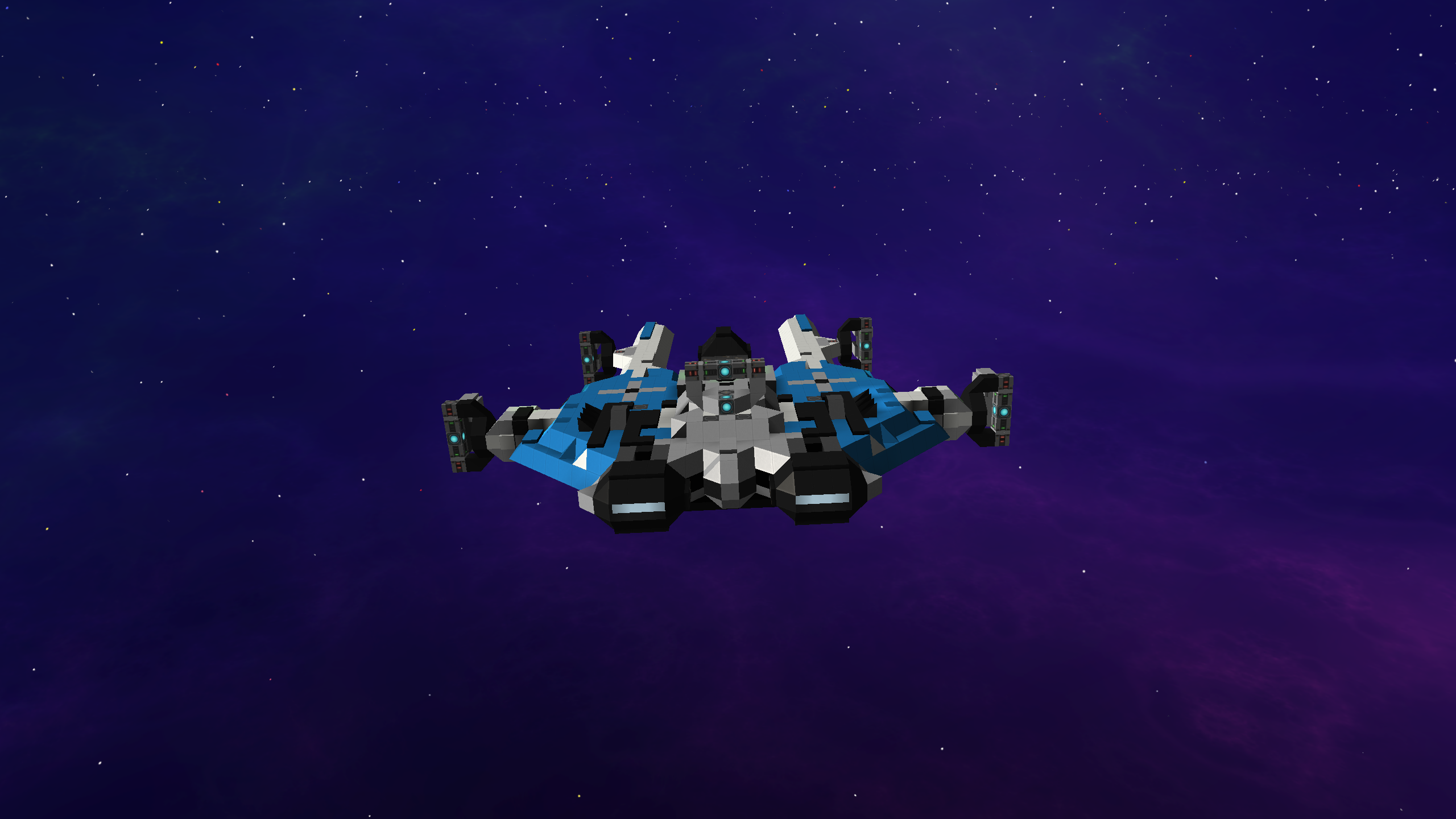