MAKE IT YOUR OWN: Industrial mega-shipyard v1 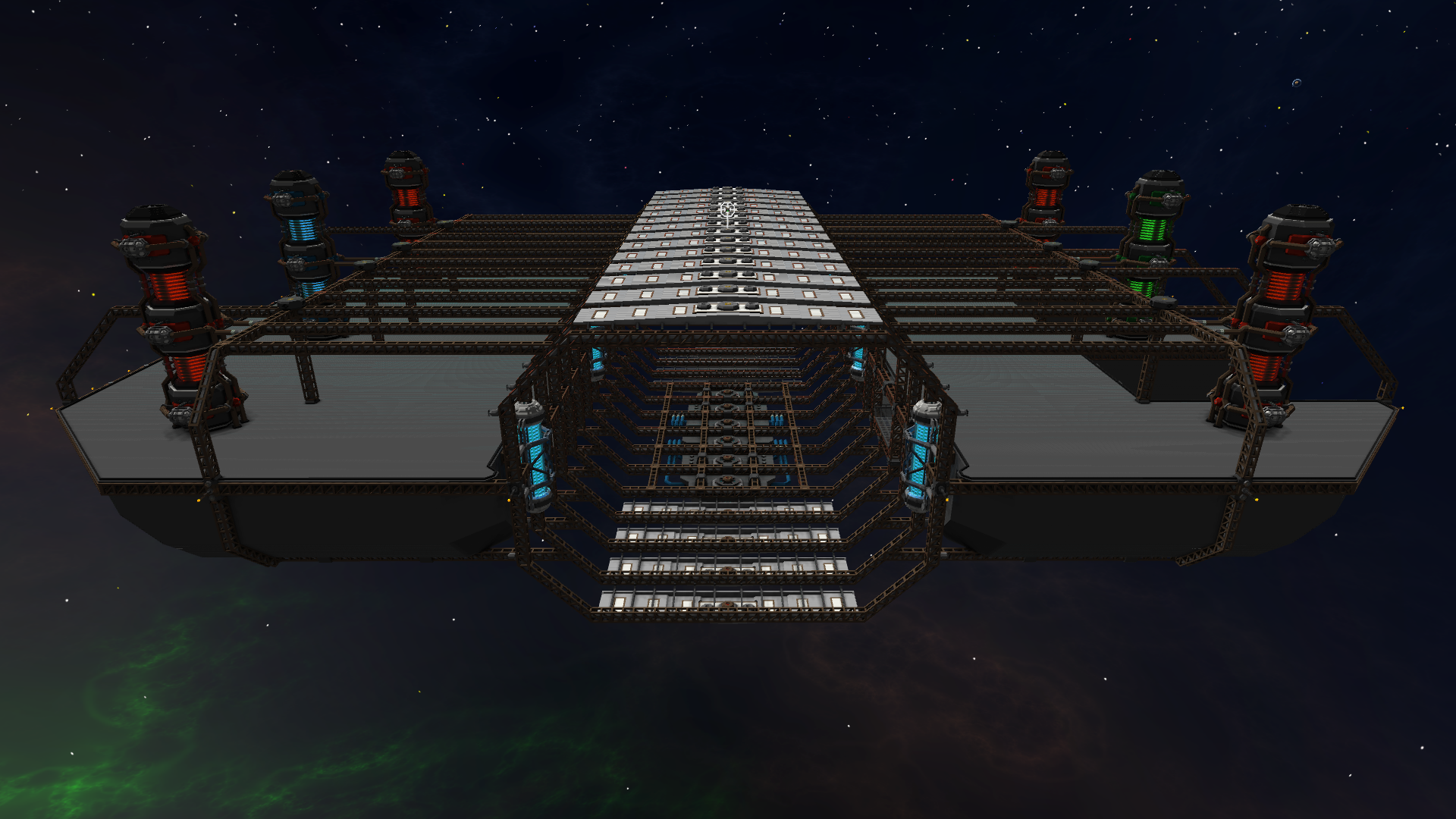 APPETIZER:​
Are you the type of space-architect whose creativity flows like a white-water river once you have something to build upon, but find it hard to get started when there's only empty space and a starter block in front of you?

Or are you looking for a well-constructed shipyard to make your own, which was NOT yet made "too personal" by its original builder by adding too much details of their own taste, leaving little room for your own flavour?

Or do you just desire a ship building experience that takes place in cool industrial surroundings, with that raw, mechanical, utilitarian atmosphere?

In either case, the Cyberspace Shipyards company can help you out, by donating one of its greatest incomplete mega-structures to you!

DETAILS:​
This is one of my legendary projects that I abandoned, because all of its parts that are already established and satisfactory caused a major burn-out. I don't feel like continuing it myself, but I certainly believe it would deserve to be finished. Perhaps in several forms by several fellow starmaders.

The station is powered and shielded. The shipyard has Shipyard Modules properly fitted in its arches, fully enclosed in armored piping. Otherwise no systems, turrets, or docked entities of any kind.

It also lacks any interior, but has immense volumes of internal space in both halves of the structure. These could be dedicated to vast hangars, storage spaces, more systems, roleplay work areas, living quarters - the possibilities are very numerous, due to the rarely seen spaciousness.

There are also two "dry docks" on the East side for repairing smaller ships, and a very large flat area atop the station's "landmass", on which big buildings or a whole industrial yard could be built.

Feel free to use it as you wish, and I'd love to see if anyone turns it into something nice. Also check out these four additional stations, of this same purpose, which were early-stage-enough to upload in a single bundle: Awesome skeletal station pack