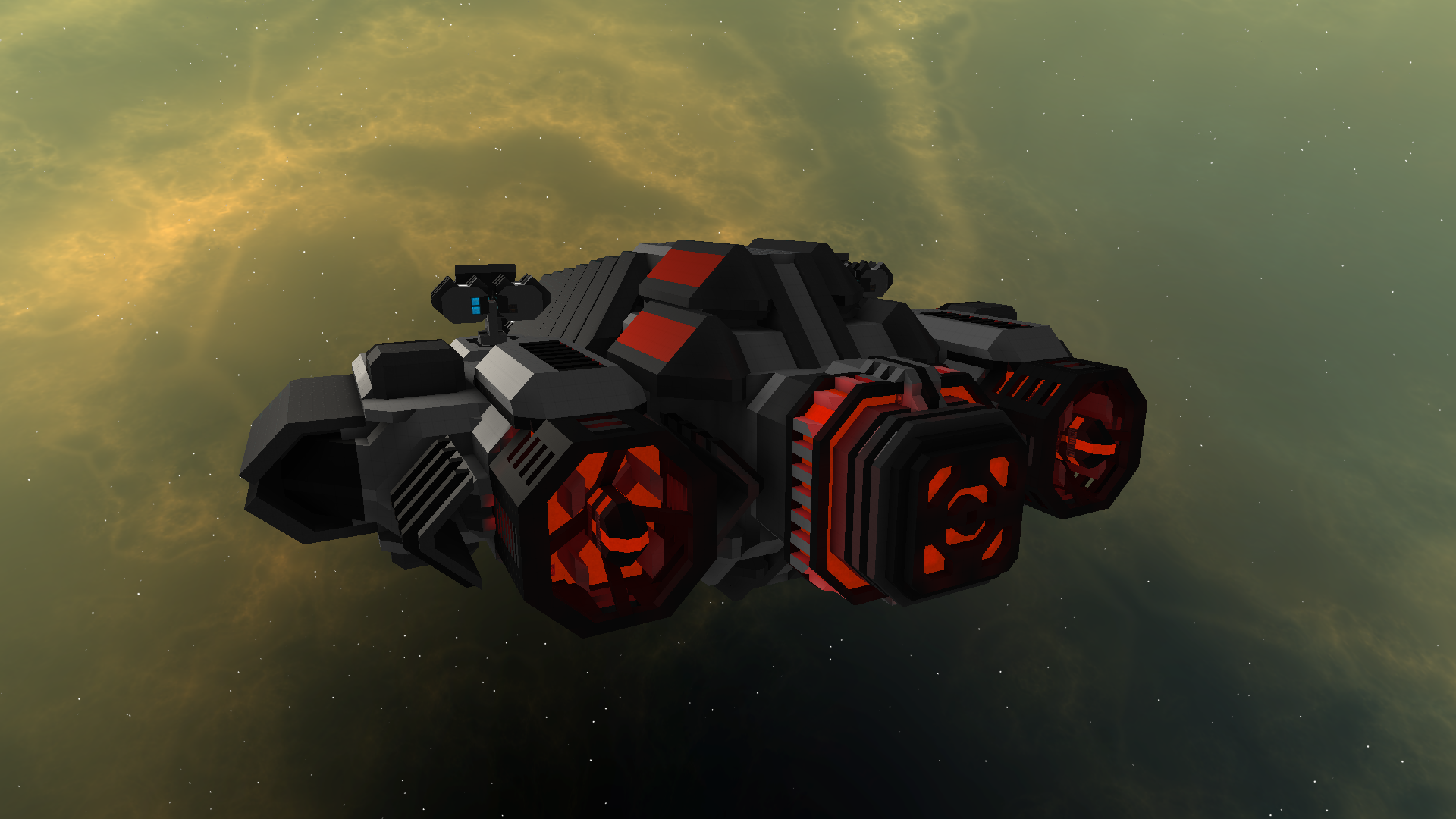 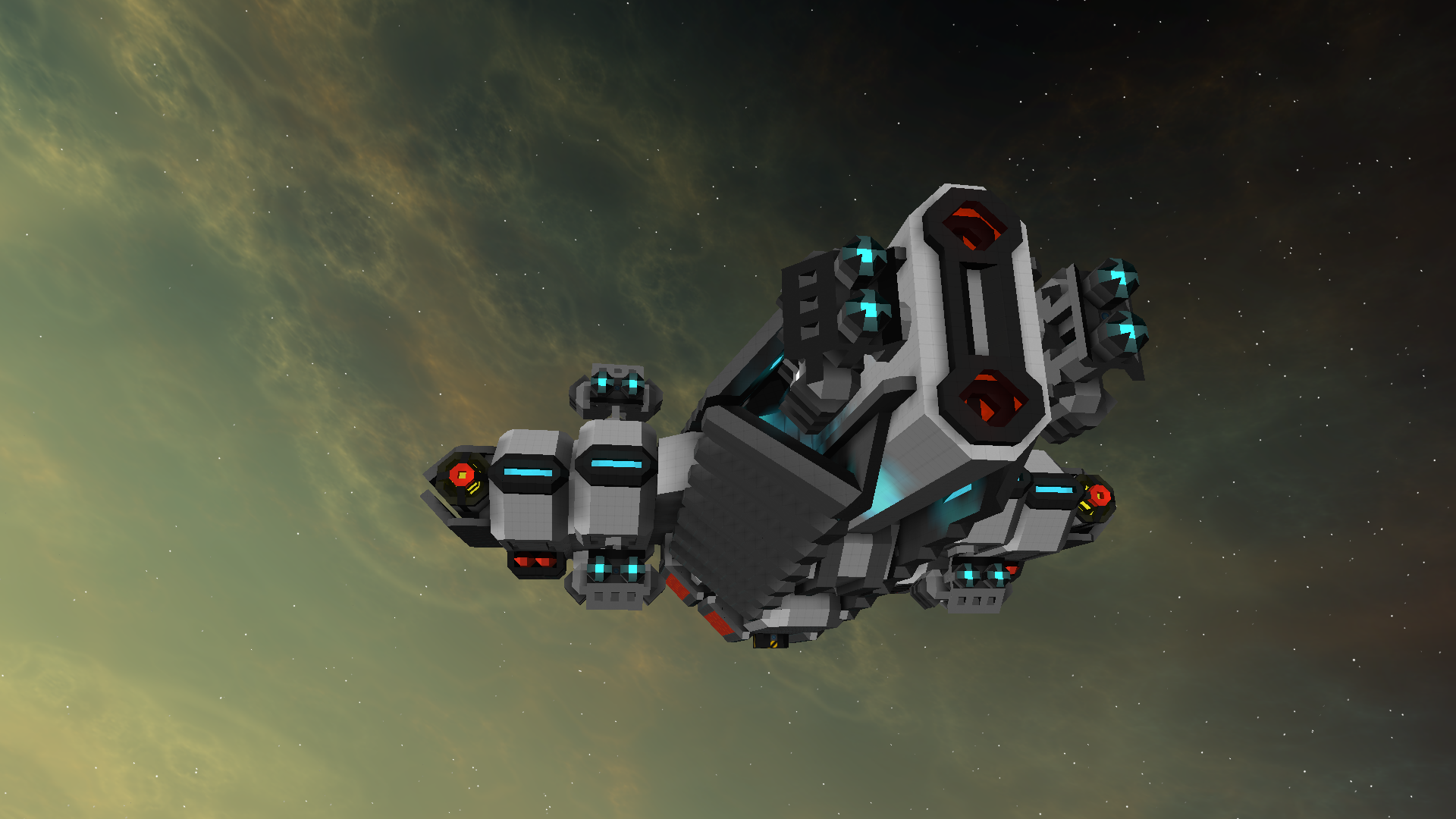 Special Features:
- Ship has multiple systems that require the computer clock to be turned on. Use the button on the bridge to activate the clock.

Lore:
The Vanguard war was a pivotal time for the Peace Corps. The necessity of war lead to massive changes politically, and led to a giant leap forward to naval hardware and tactics. The Peace Corps' first attempt at producing true war-ships resulted in the Dominion Class Battleship, which though effective, did highlight some major areas for improvement. The Dominion class was too slow to catch most sub-capital ships,... and even some capital ships. A lack of speed allowed the enemy to dictate the battlespace. Additionally, it was determined that the heavy armor of the dominion class was only effective against small ships, but ensured that the ship was so slow that it was an easy target for the large types of ships that would have no trouble penetrating the armor.

Based on the wisdom gained from the successes and failures of the Dominion Class the Peace Corp adopted a new ship building doctrine. All Peace Corp ships would be built to be fast with light armor, but heavy shields. They would use this speed and careful piloting to ensure enemy weapons were less accurate while ensuring their weapons hit their mark. This new doctrine was exemplified by the fielding of the Titan Class Cruiser at the tail end of the Vanguard War. The Titan Class was less than half the size and cost of a Dominion Class BS but performed better in head to head battlefield comparisons.

The Titan Class saw combat in every major Peace Corps conflict to date, and was instrumental at counter pirate operations as they were one of the few ships that could catch up to Pirate Rader Class frigates with enough fire-power to put them down.
Reactions: docpenguindoc

Looks sick
The exterior is sharp and has pleasing details, not too cluttered, and not too plain. a nice sweet spot. The only problem I see with this ship is the size compared to the rank it has. TITAN! this is a small - medium ship, not a titan.

Dire Wolf
yes, it has a very confusing name. It is a cruiser,... and the cruiser class name is titan.... which, as you said, is ALREADY the name of a class of ships this clearly is not. guess I should rename it.
Read more…
Top Bottom