Doc Industries Starcrawler
The remains of a Sandcrawler were found by the Jawa Clans of Tatooine, and was converted into their ticket to the stars.
​
With the deserts of Tatooine only providing a finite amount of scrap, the Jawa's took the opportunity of a second Sandcrawler to create a frankenstein ship out of Corellian parts and scrap, creating something new, The Starcrawler, where the Jawas could take their mission to the stars. 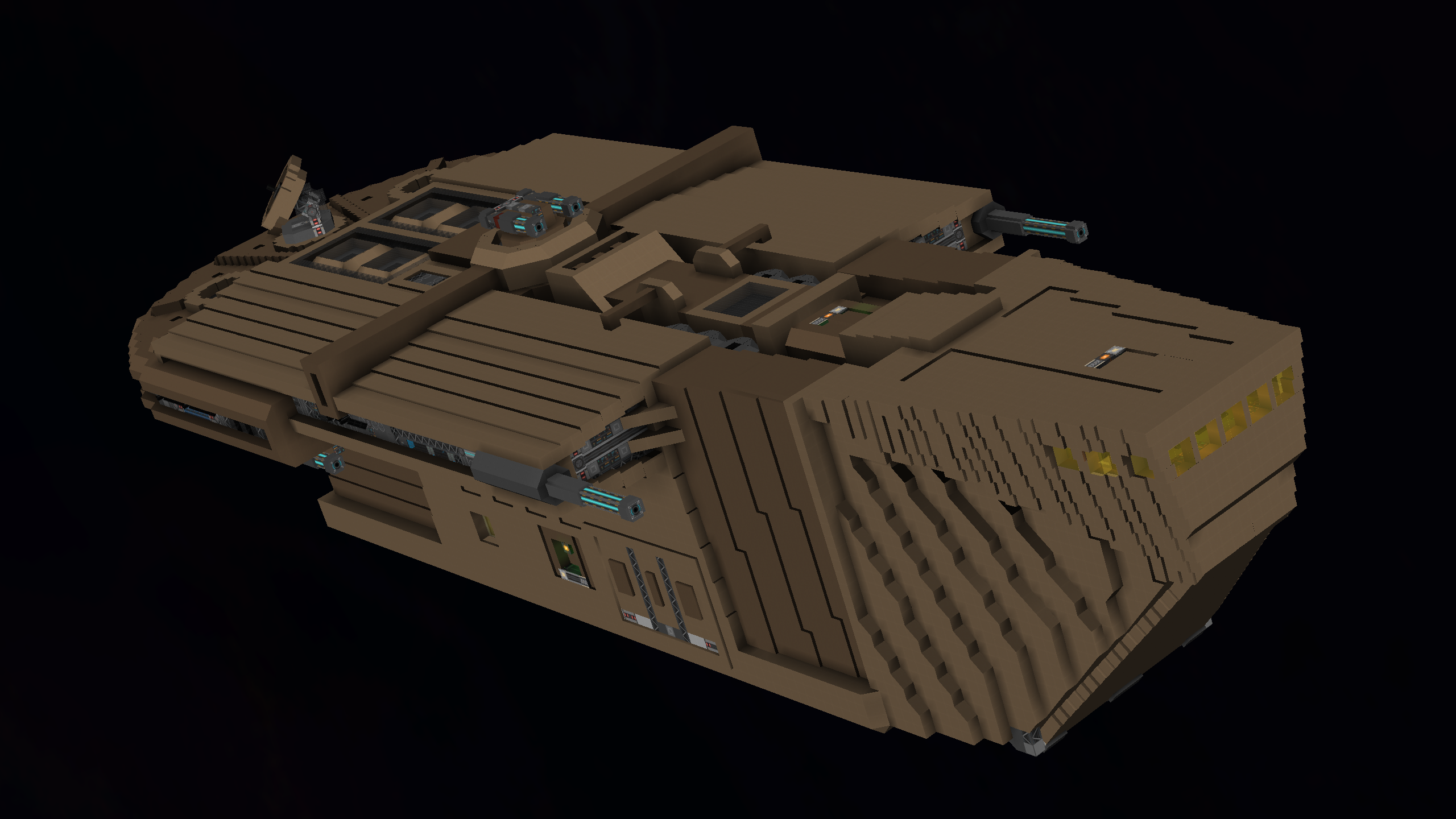 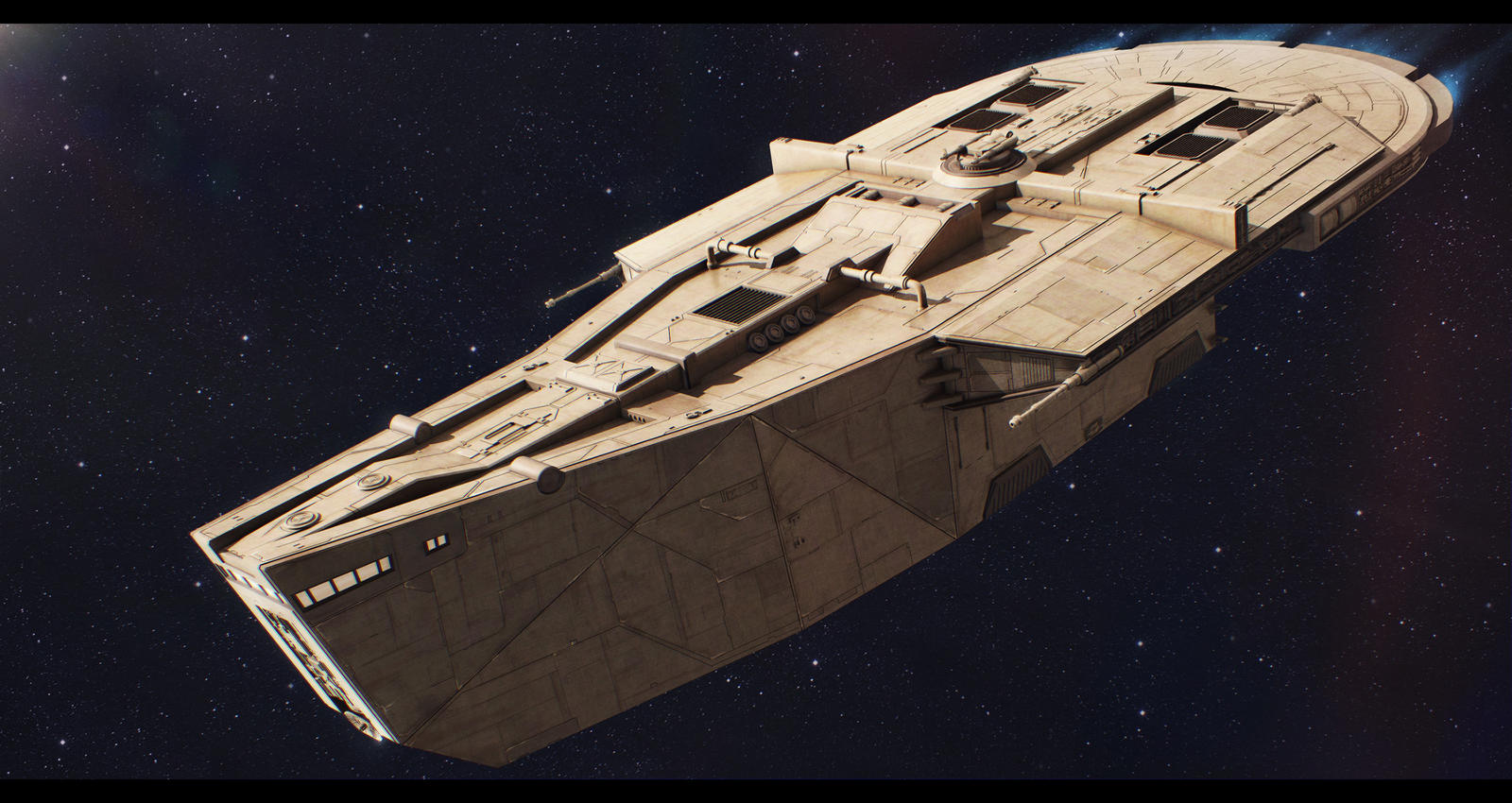 The Starcrawler isn't based on any canon Star Wars material, but instead is based on Shoguneagle’s “Starcrawler” fan design.

To watch the full conveyor/salvage path, check it out here: 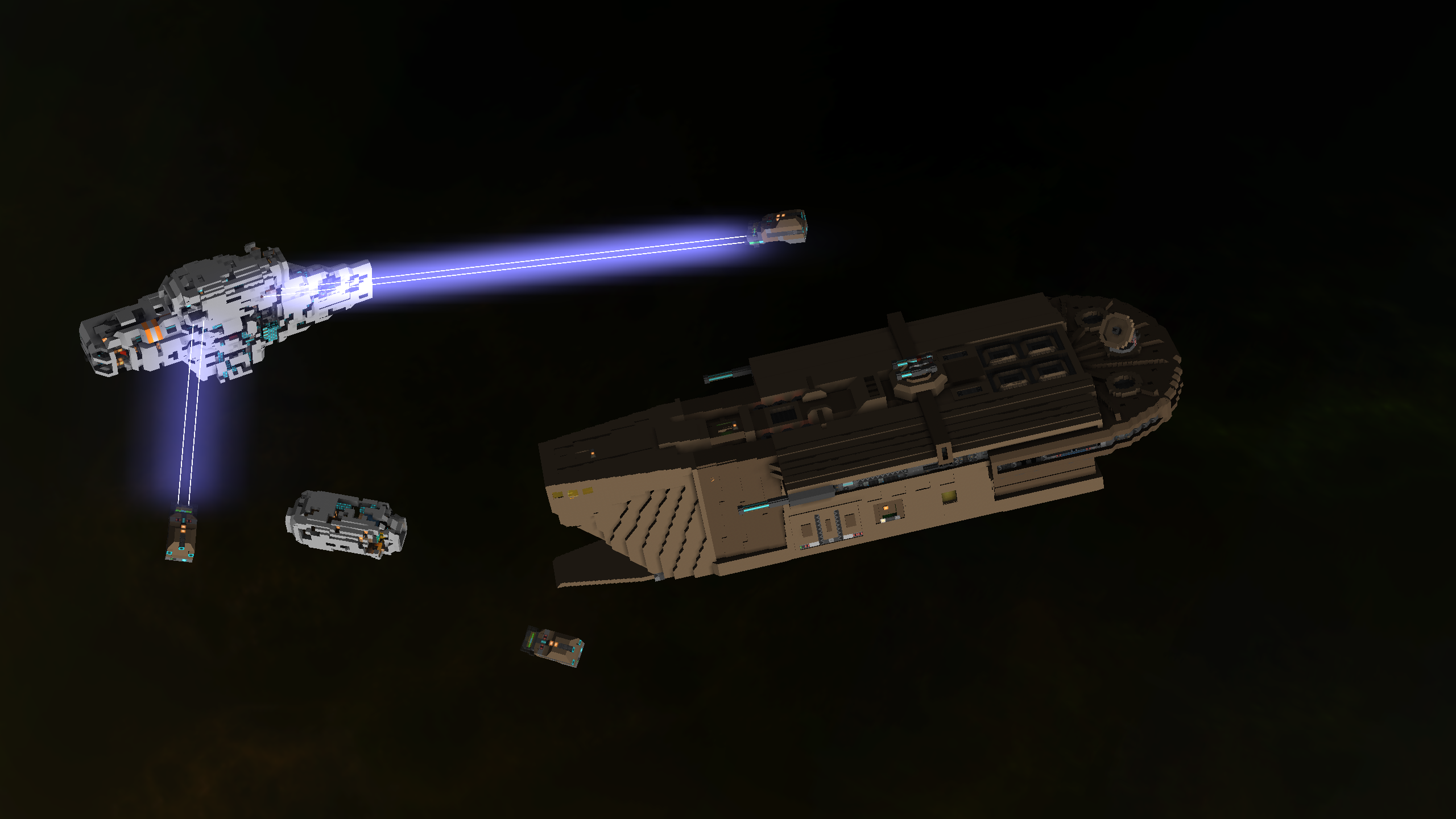 ​
My headcannon for this ship, is that there was a Jawa clan, who recieved the opportunity to convert a Sandcrawler into a spacefaring ship. I expect they can't do this normally as the required downtime to create a ship like this would be too long to go without their Sandcrawler.

However, perhaps after the Jawa Clan that sold R2 & 3PO were killed, either the clan that found it, or the Jawa community as a whole decided to convert that Sandcrawler into a space-faring craft that they could use to reach the stars and untapped scrap potential in space.

After that, Jawa's would take turns operating the Starcrawler, collecting space debris, and bringing it back to Tatooine and trading it amongst the Jawa clans, as the Starcrawler itself has reduced crew capacity and workshops, and isn't able to sustain an entire clan forever. 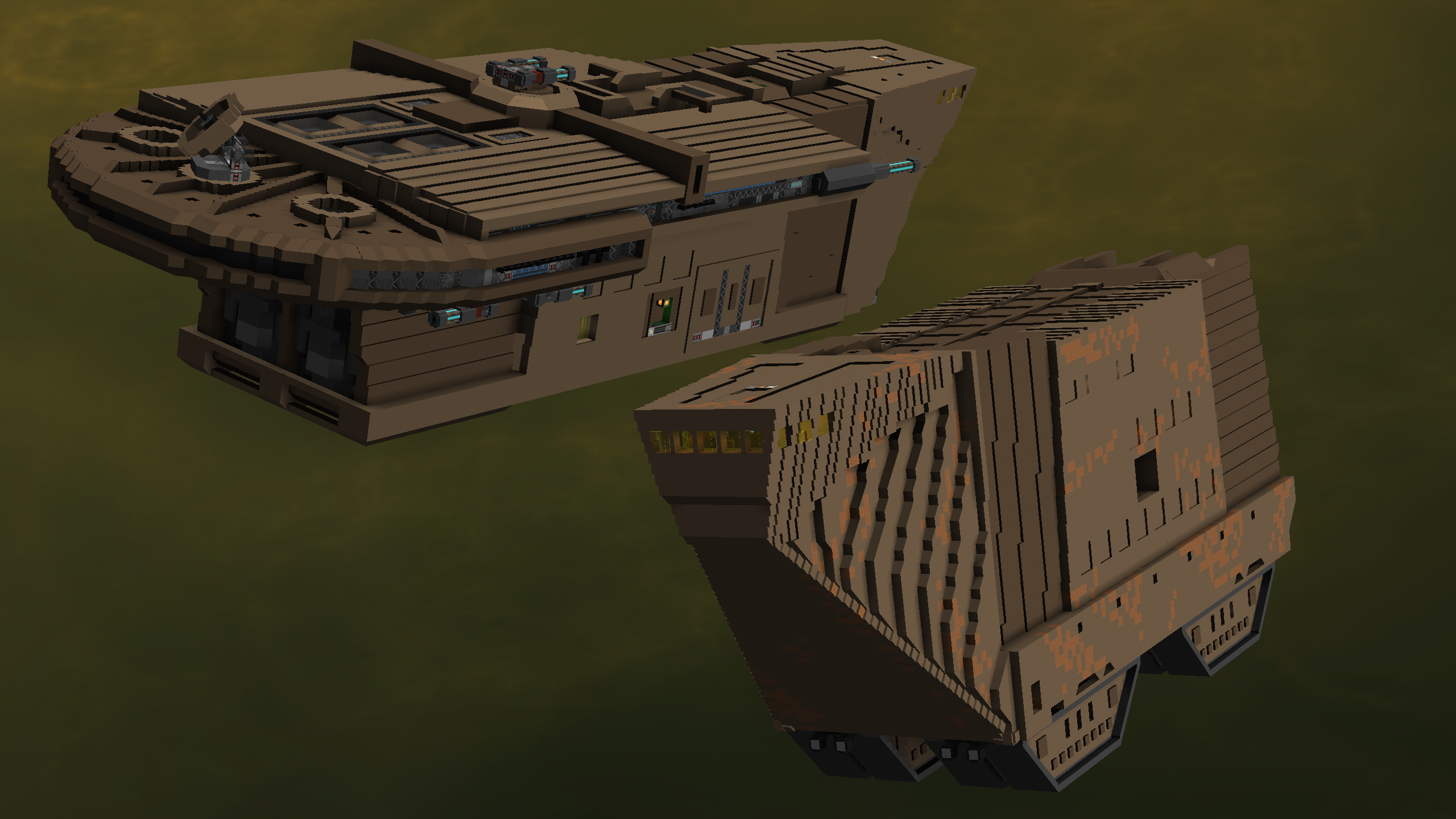