The bulldog is a medium sized missile corvette, outfitted with 2 fastfire turrets.
Theres not much lore or anything else surrounding it, i built it out of boredom. It was built from a very old ship by Ramorill, which i butchered and completely changed its appearance.

The ship has a full (even toilets!) RP interior with space for 4 crew + 2 officers. The only part not done is the bridge room, but i hope i can some time add an update that completes that.
The 2 Turrets (top and bottom of ship) are fast fire AMC, with 360x360 movement. 2 Lockon M-B weapons build the armament of the ship.

Its not really combat tested, it was more an exploration of a different style from my usual, boring style. 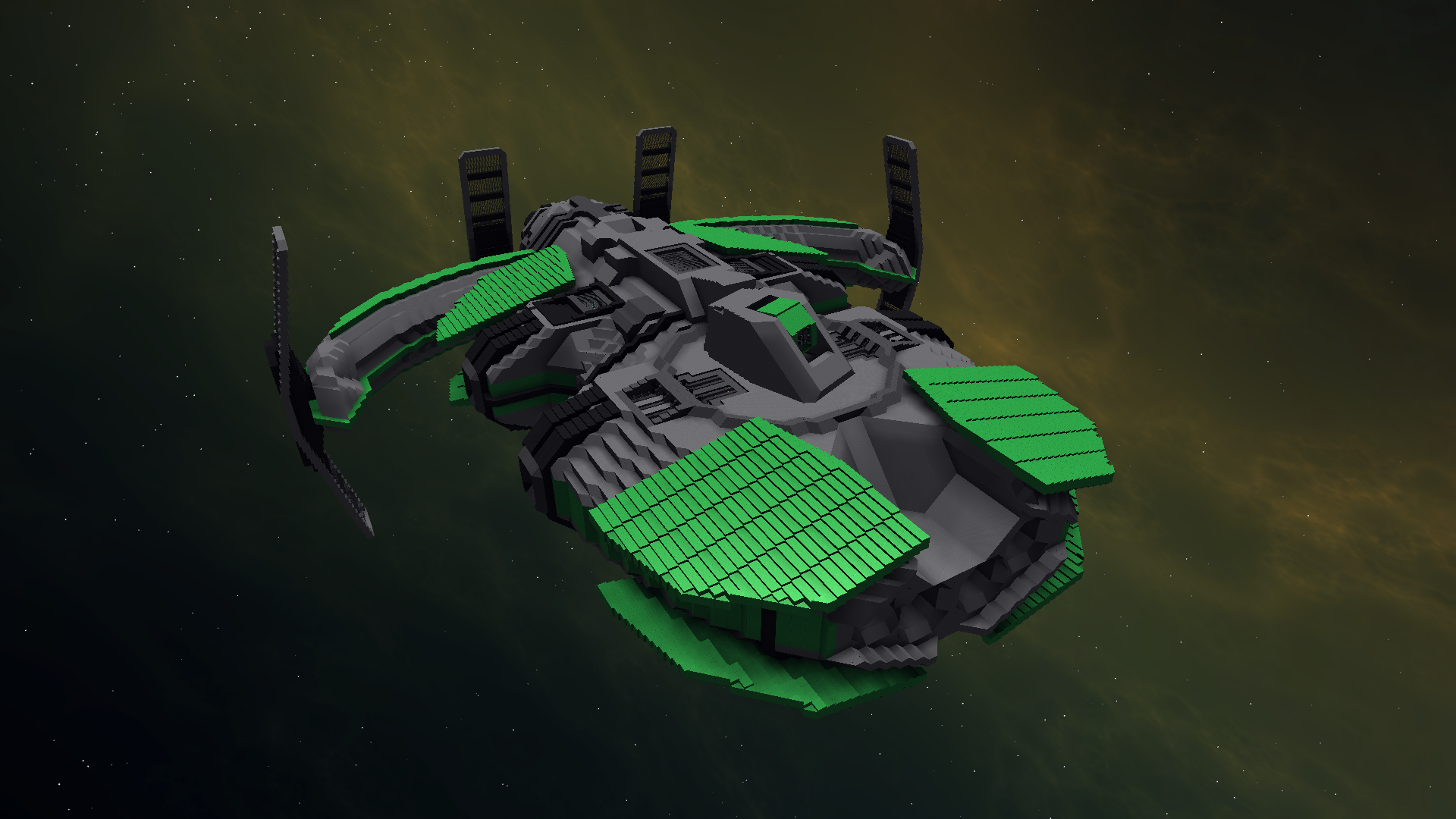 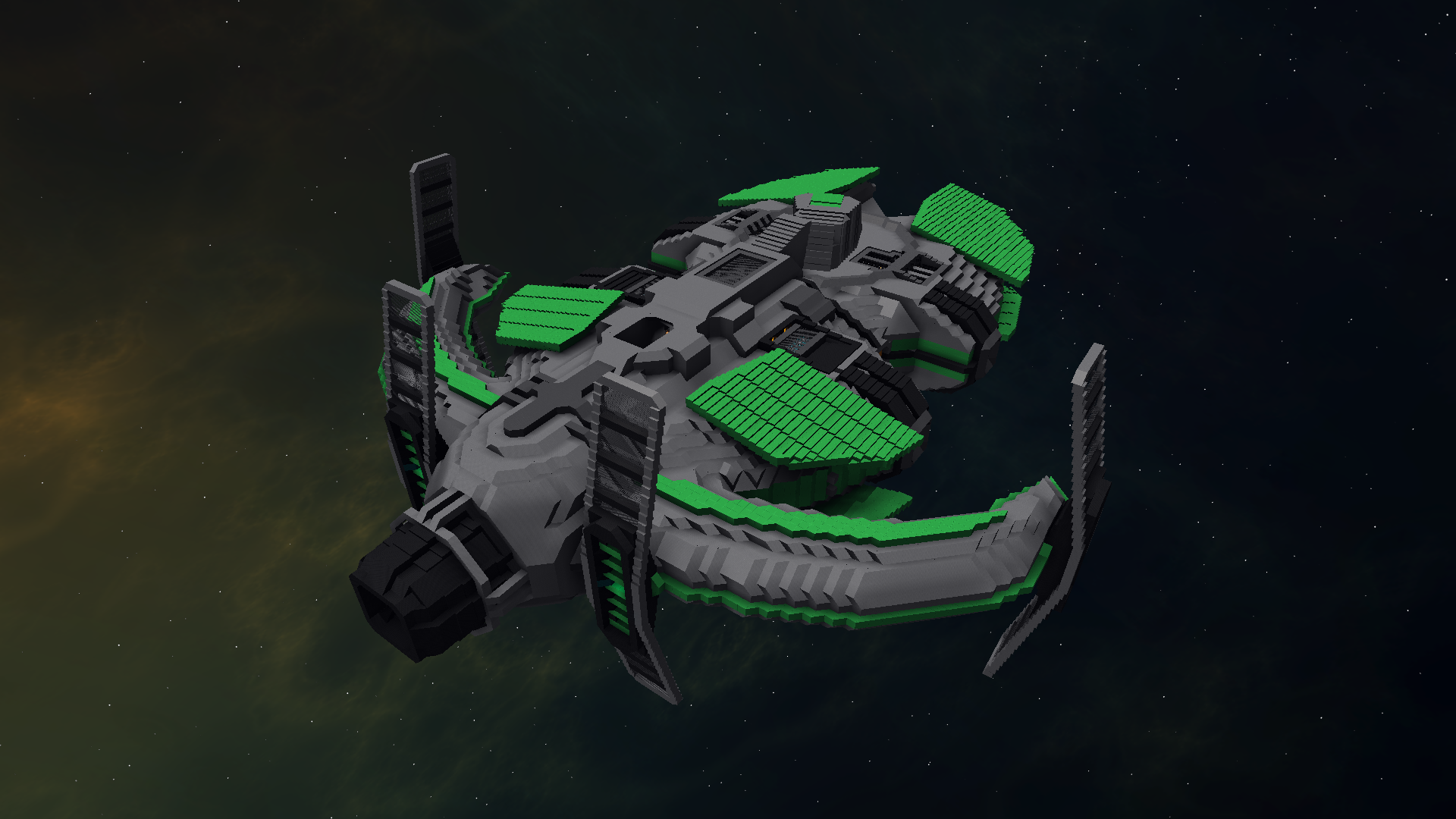 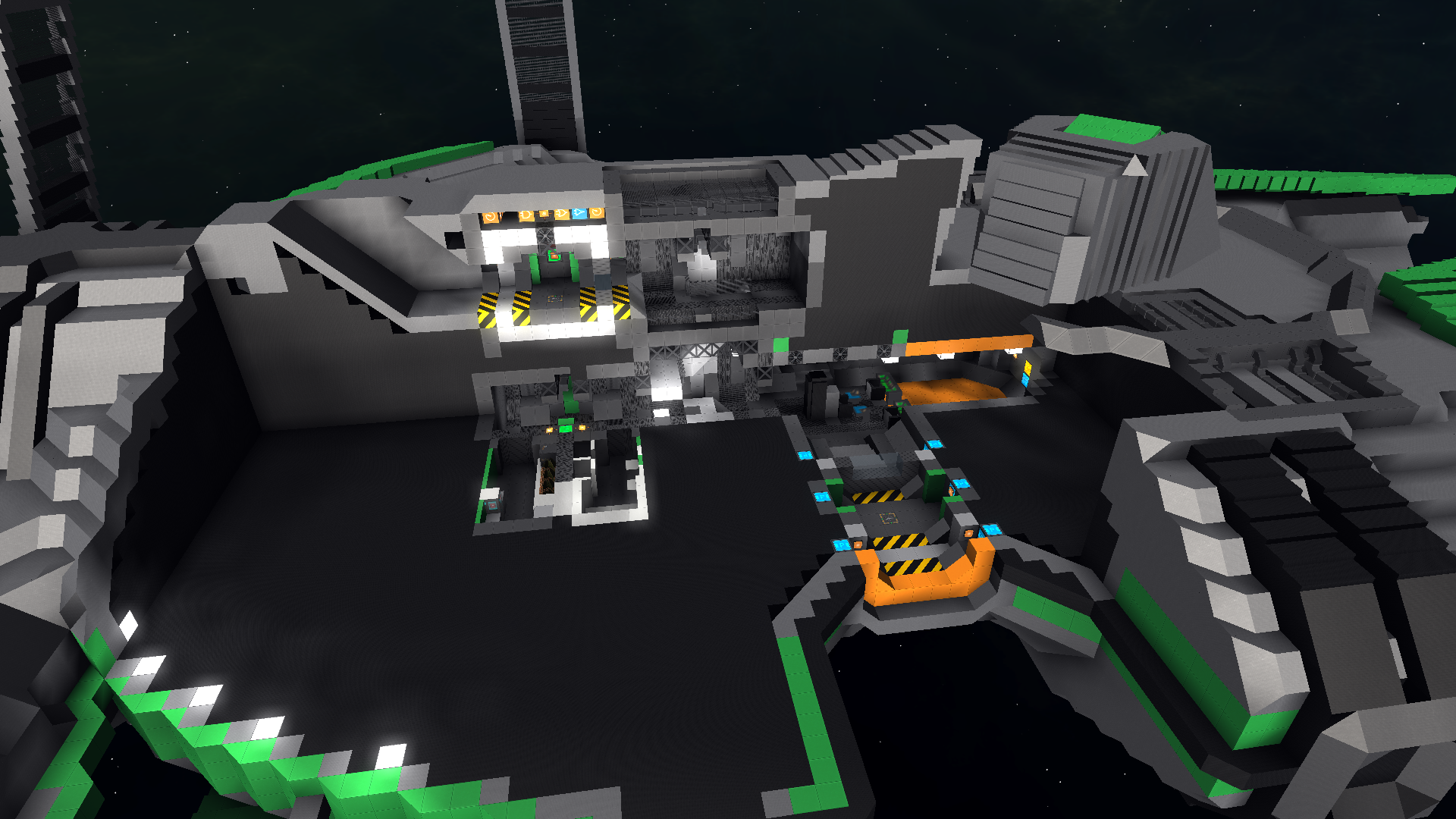