The Independent-class is a class of large battleships and command vessels, and they serve as Trident fleet or sector flagships, often commanding other fleets of warships. 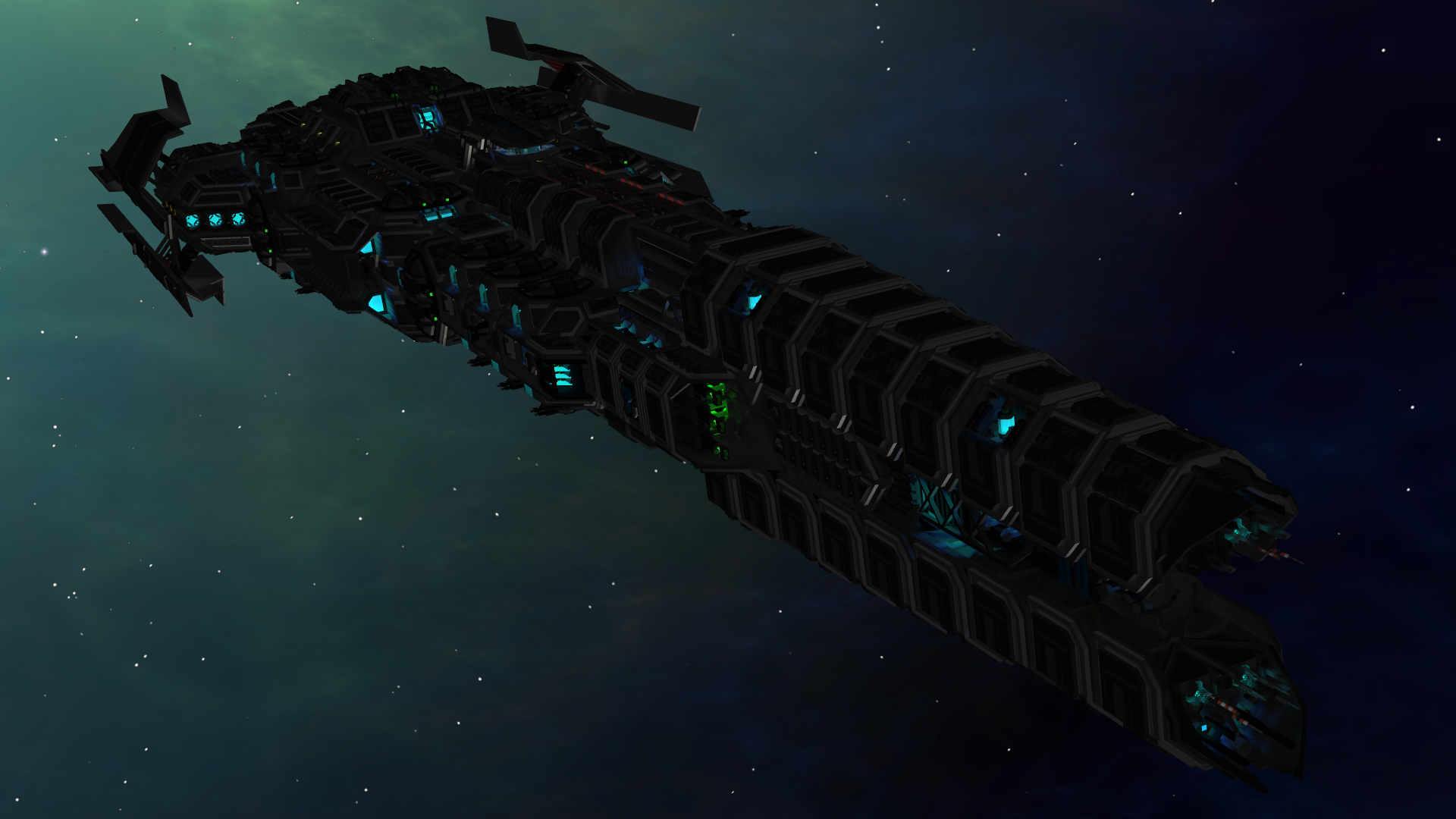 The Independent-class houses a huge variety of weapon systems, with its primary weapon being a huge Zero-Point augmented Plasma Beam emitter in the forward section of the vessel, designed as a siege weapon to smash through planetary or station shields. It also has six rapid-fire plasma cannons and many fusion missile launchers included. 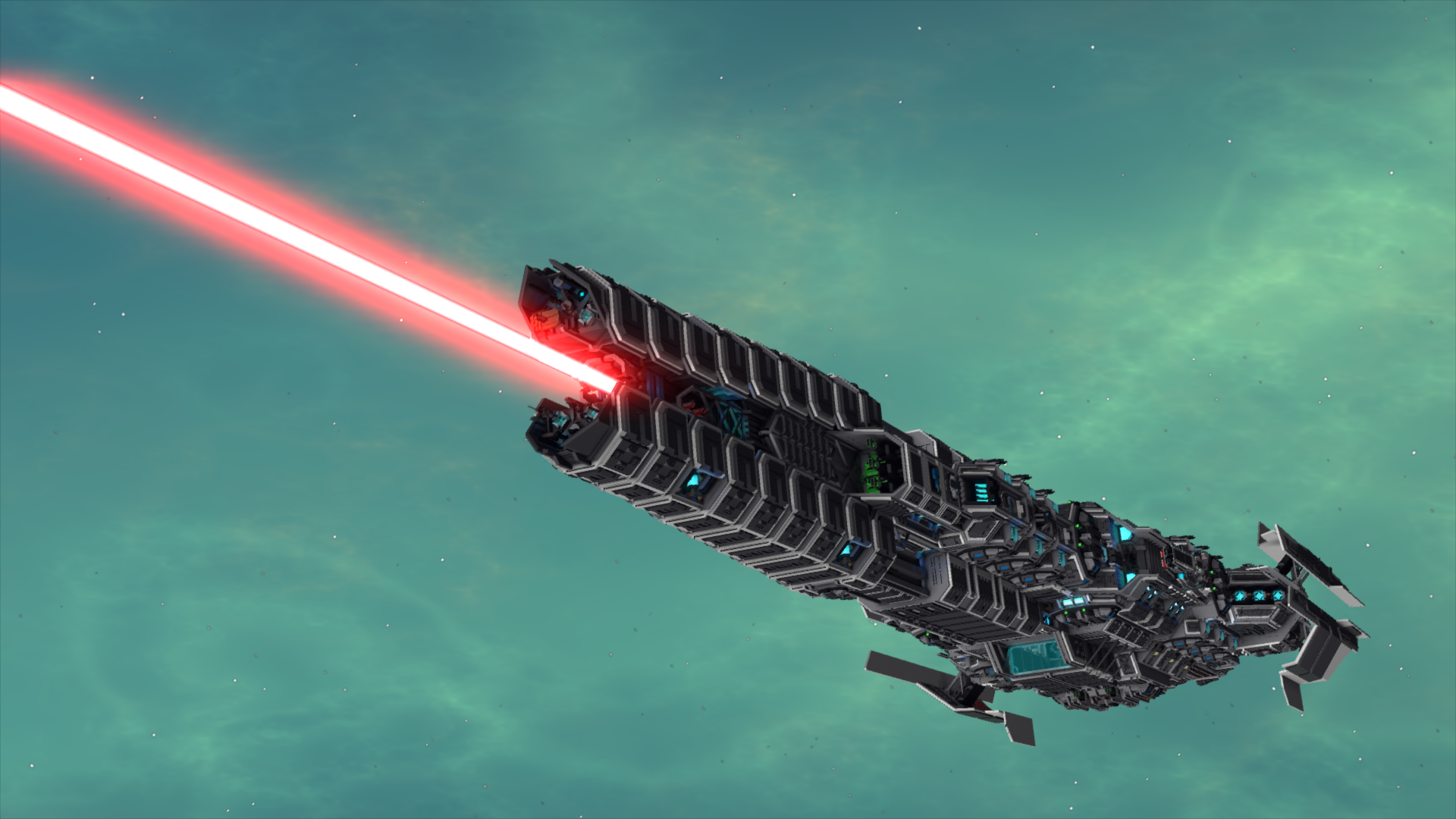 It also includes an expansive hangar, holding 24 fighter craft and four personnel shuttles, along with a deployable utility vessel and two deployable gunboats. 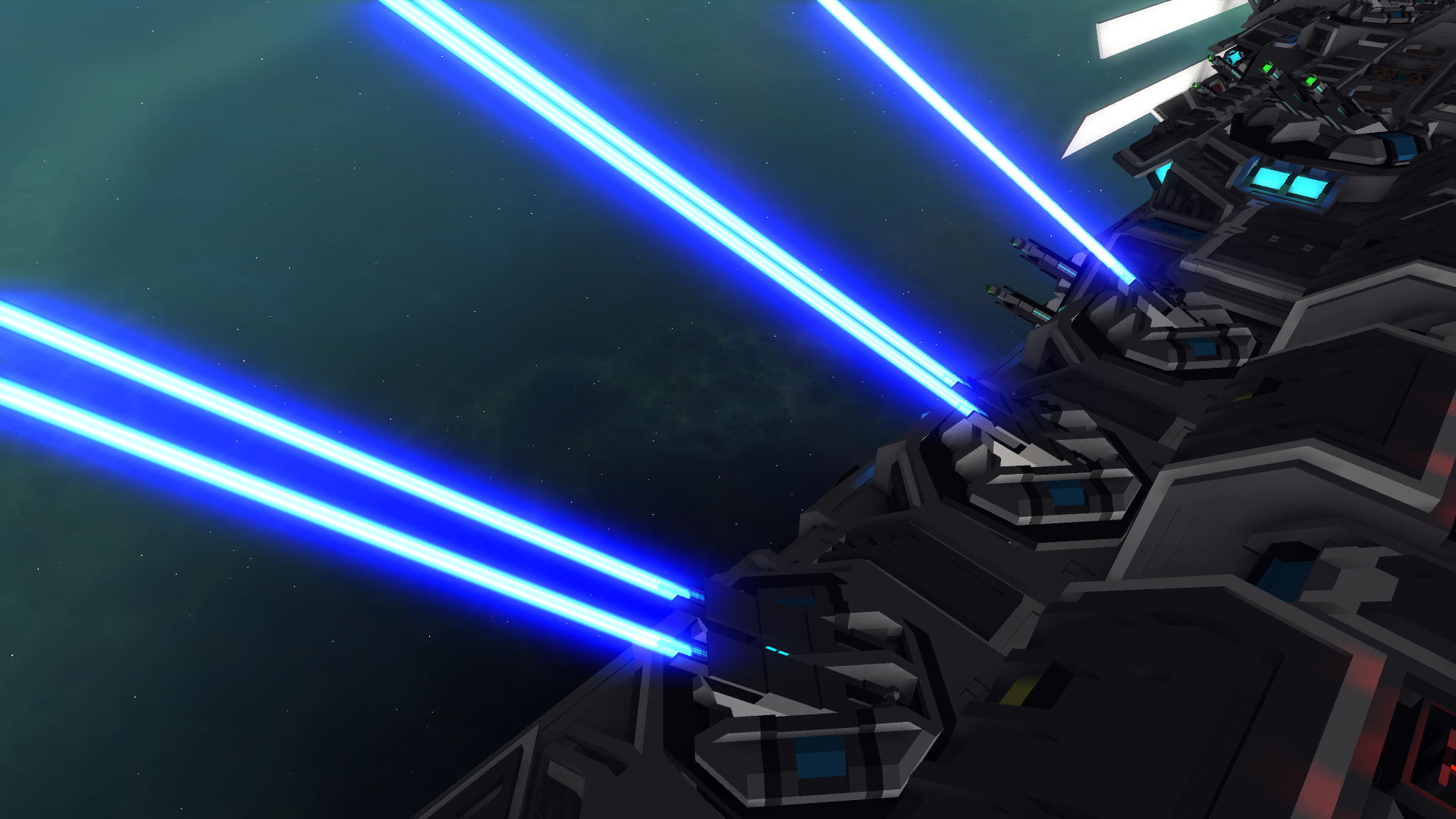 Oh, and it has a bunch of turrets, firing a mixture of beams and rapid-fire cannons.

Also has an expansive, if incomplete, interior.

Exterior by crazyf22raptor , interior by me.​
Reactions: TrickyNicky27, 3than2021, Reilly Reese and 2 others

A wonderfully designed ship. Consistent and well thought out detailing of the entire hull.
The wing parts feel a bit flimsy though compared to the size of the ship. They might need a bit more body.

The hanger bay is the highlight of its interior design (for now). Stocked with lots of little fighters and shuttles.
I was very pleasantly surprised with the freighter that was docked in the ship as well. Then again, I’m a sucked for ships docked into ships.

As you mentioned the interior is not done. The crew quarters and hallways are a bit bland. I would suggest avoiding to many repeating patterns and long stretches of the same hallway.
The communal area on the upper crew floor is a good example of how to break this up.
Could use some colored lights behind the consoles though to light them up :D

Overall a very enjoyable build. Looking forward to its finished state to get full stars.

Jake_Lancia
I absolutely agree with your interpretation of the crew rooms and standard hallways; they definitely need some rework and more detailing/general changing. I've gotten a bit better with interiors since they were first built (mid-2019!), so I should be able to showcase new techniques when this gets an update.

Ultimately, it will take some time for me to be able to work on this again, as we at Trident have many new ships in the works.
Read more…
Top Bottom