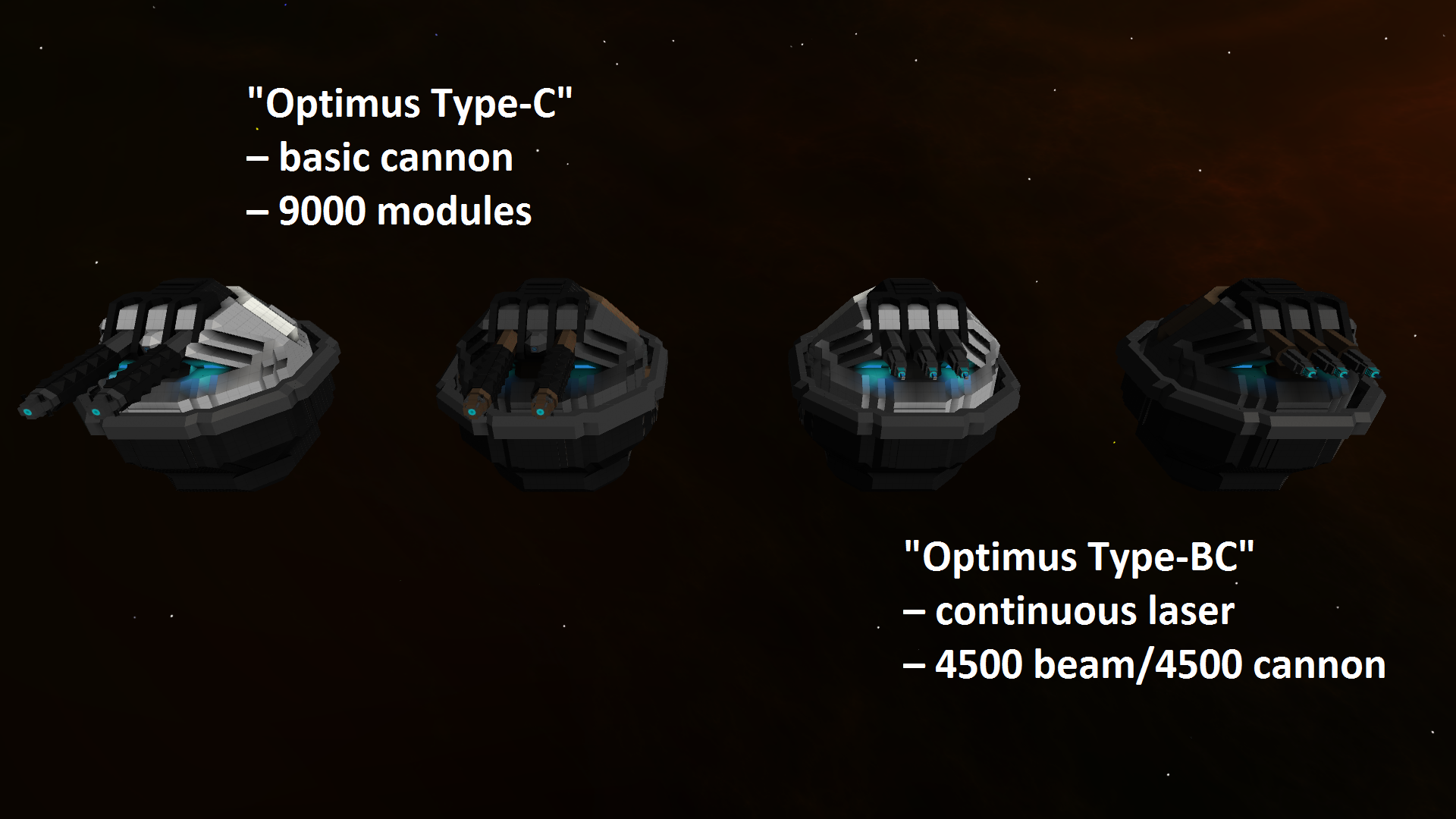 This upload is a package (RAR file) of four turrets (two variants, each in two color schemes), plus templates of different housing structures, into which you can sink the turrets' bottom halves.

The gun-parts are balls with barrels, while the base-parts are bowls in which the balls can rotate forward-backward. The base bowls are meant to be sunk into flat surfaces of the mother structures they're docked to.

The blueprints come without thrusters; install them in environments where the "spawn on rail" admin option is available (eg. singleplayer). They're also unshielded and non-self-powered. The cannon variant is dual-output, while the beam variant is single-output.


Note: power consumption figures include the rail-mass-enhancer loads of the turrets' bases. 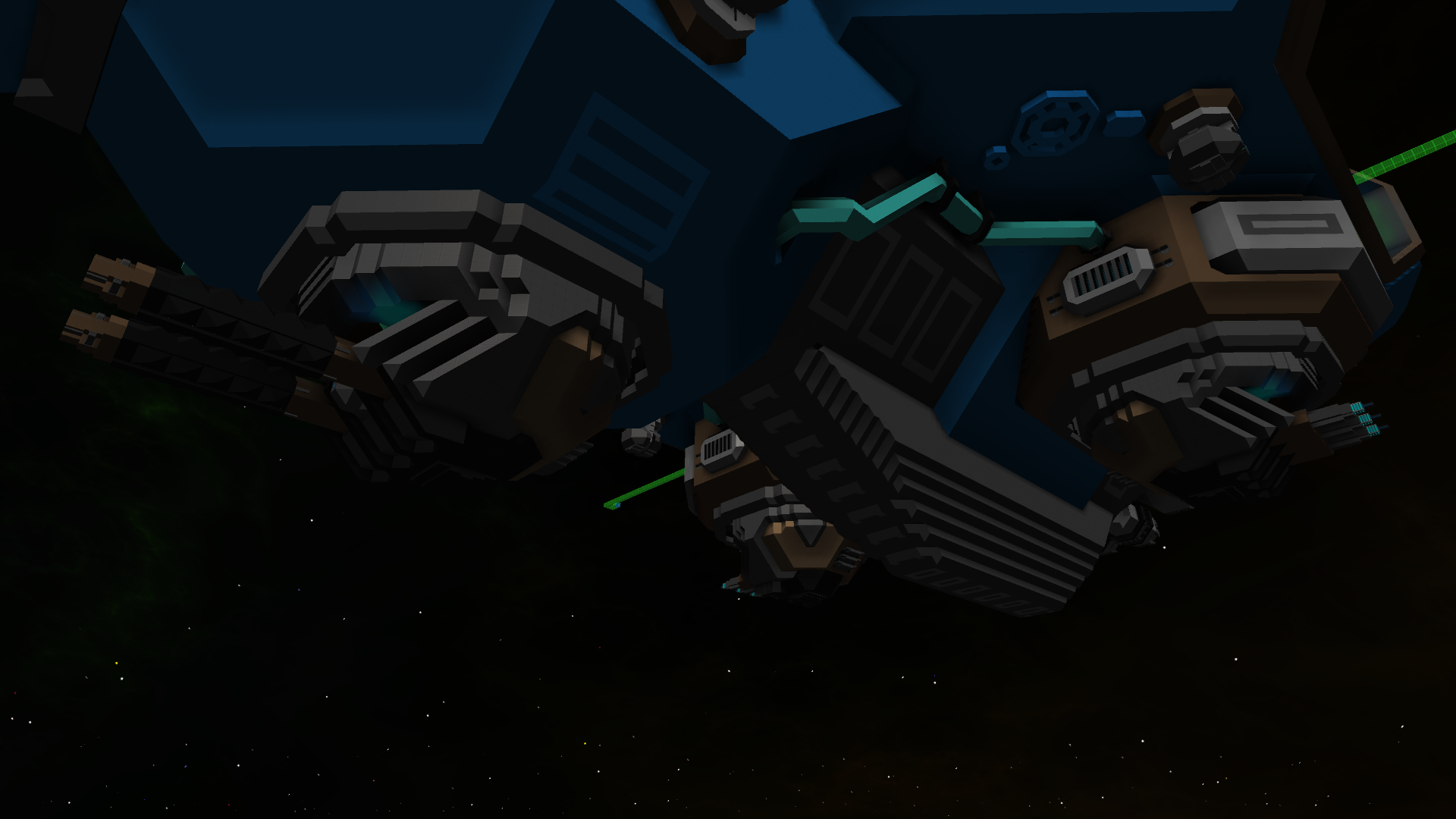