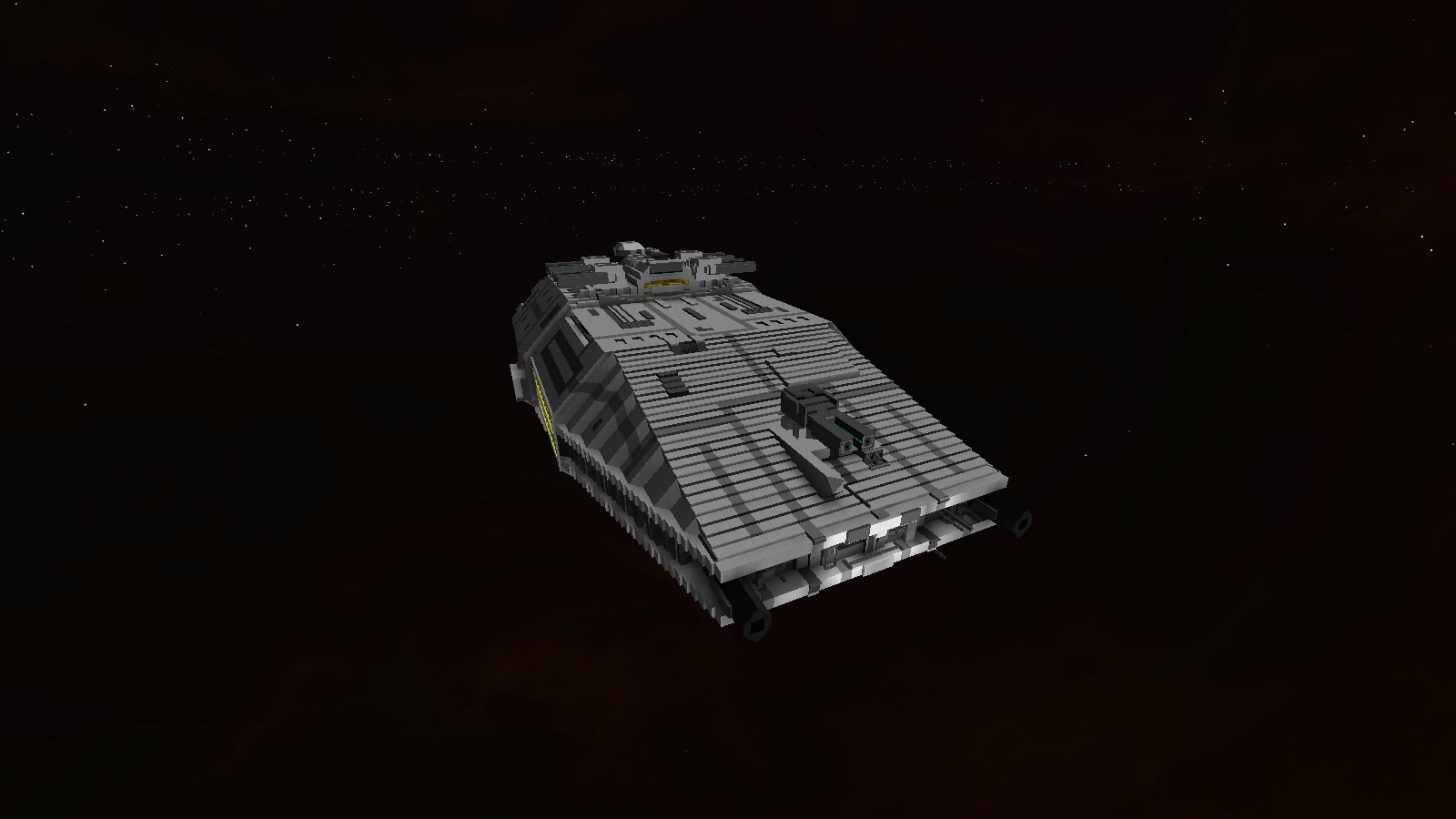 Imperial Guardian II Customs Corvette Vessel​
The Guardian-class was one of the three main ship classes employed by Imperial Customs, and was thus a common Imperial system patrol craft.

Guardians, which were in service from before the Battle of Nar Shaddaa, were a common sight in lightly populated, isolated systems where the Galactic Empire needed to maintain a presence without underwriting the expense of assigning a larger vessel to patrol duty. Also, these light cruisers often patrolled with corvette or frigate support. 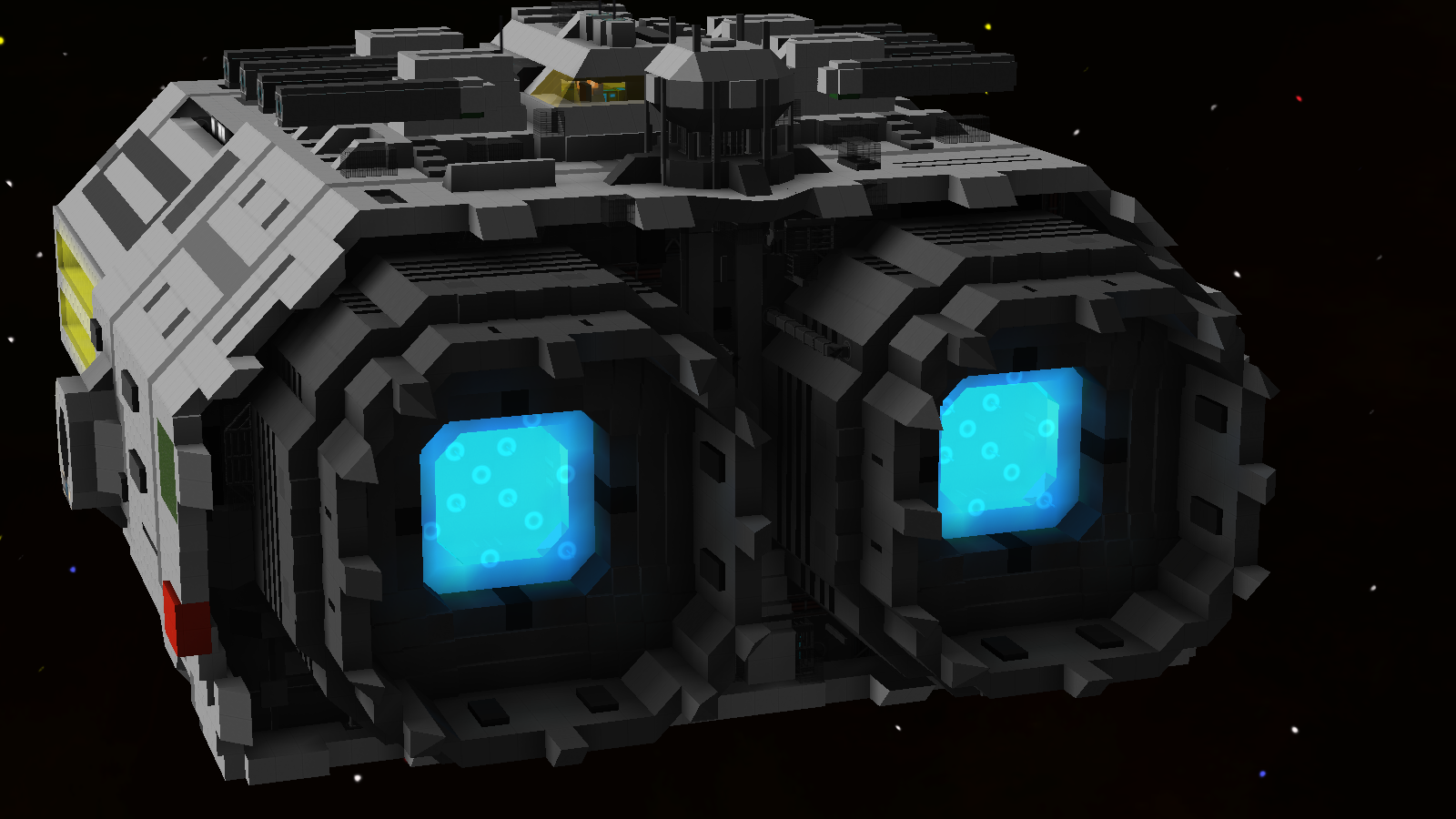 ​
Having had an extreme Star Wars itch over the past few months, I started to have an interest in bringing the Empire into StarMade 2020 and began researching existing community builds and SW lore for ships that could range from gunships to Victory Star Destroyers. A cross-examination of the CC and Wookiepedia showed someone had already built a minor footnote Imperial ship for StarMade which might serve well as an early game ship for an Empire faction, the original Guardian Light Cruiser by Xskyth.

However ultimately I felt that despite being faithful to the in-universe Guardian, the scale was wholly inadequate for the goals I had regarding usability and visual interest. Ultimately instead of refitting theirs I built my own fictionalized successor based on the official art found on the wookiepedia page and a 3D model I found on ArtStation. 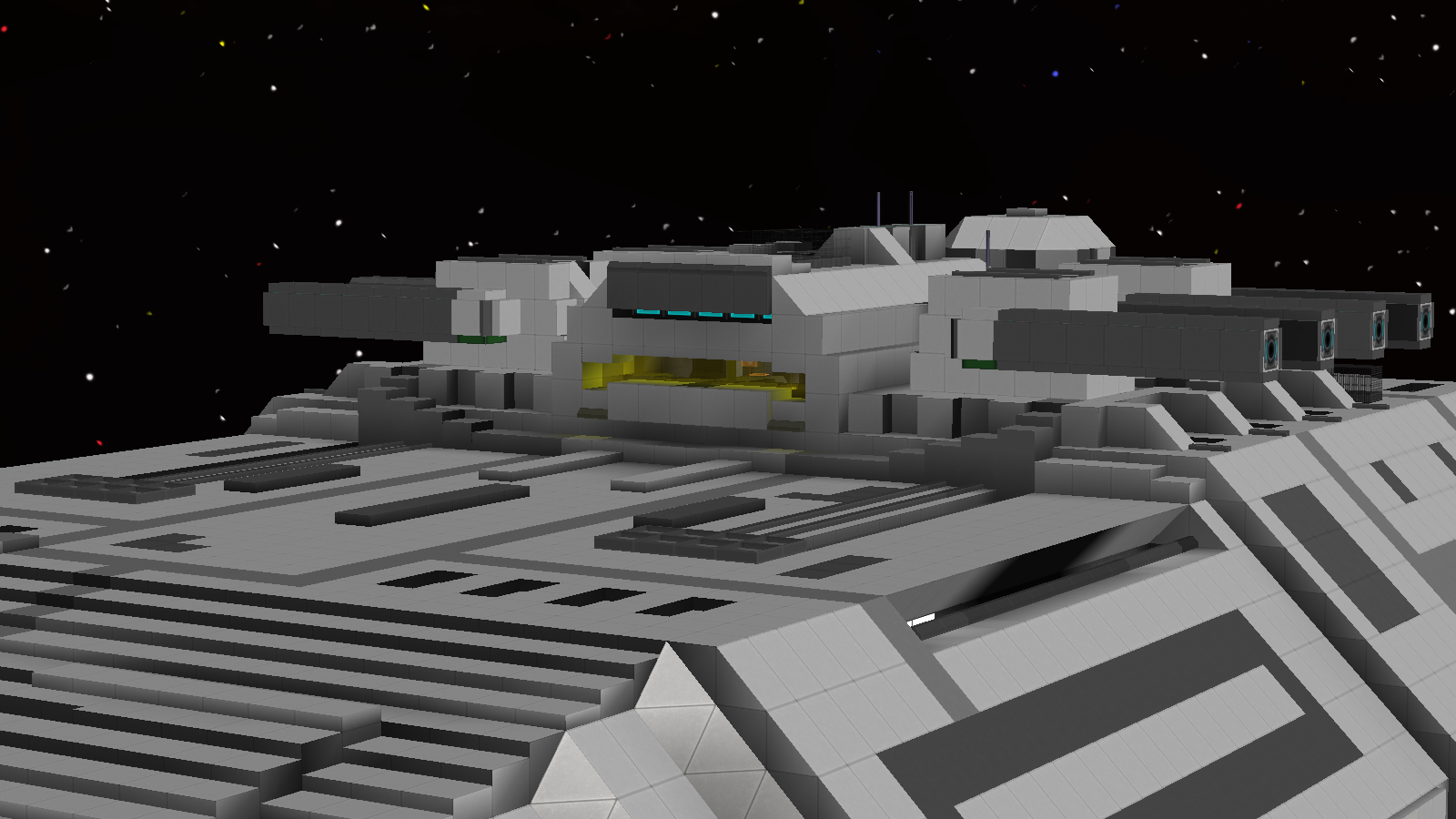 The final product being a careful blending of the two sources as well as some of my own additions to make the ship more functional in-game and also appear visually more Imperial. This includes additional weaponry and hardpoints, an Imperial sensor dome, and the removal of the asymmetrical fighter cockpit structure.

FEATURES​
The Guardian II features a full interior with quarters, barracks, detention blocks, and control rooms. It also features 4 ventral anti-fighter and missile laser cannon turrets, a bow mounted dual laser turret and 4 light turbolasers on the top of the vessel around the bridge, each side is linked. This restricts their field of fire but also prevents the turrets from hitting one another and becoming stuck.

The systems of the ship are relatively barebones currently, with balance and game systems still subject to sudden change I opted to leave most of the ship's system space vacant until mechanics are more stabilized and documented. Feel free to modify the ship to your content or needs though. 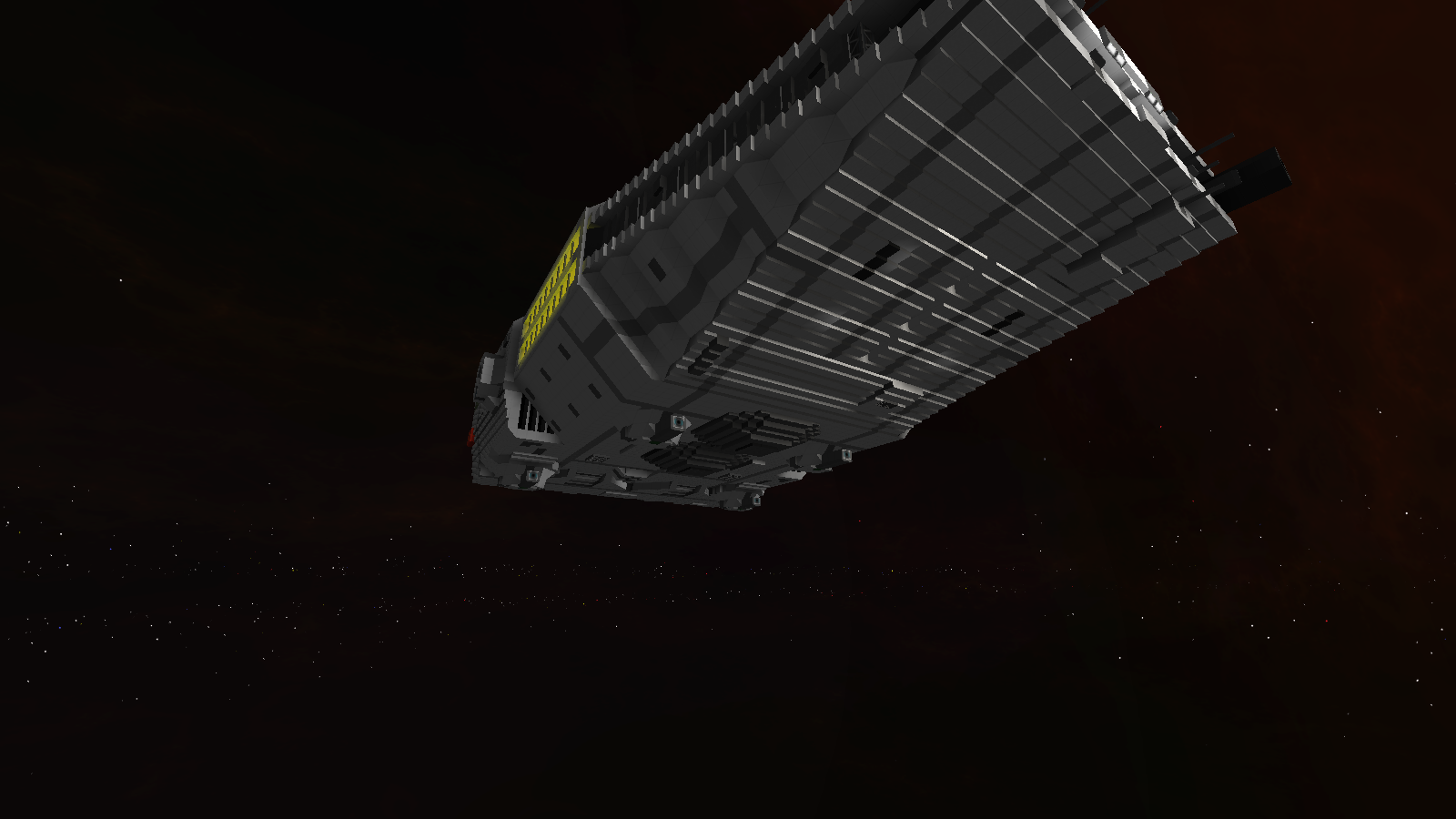