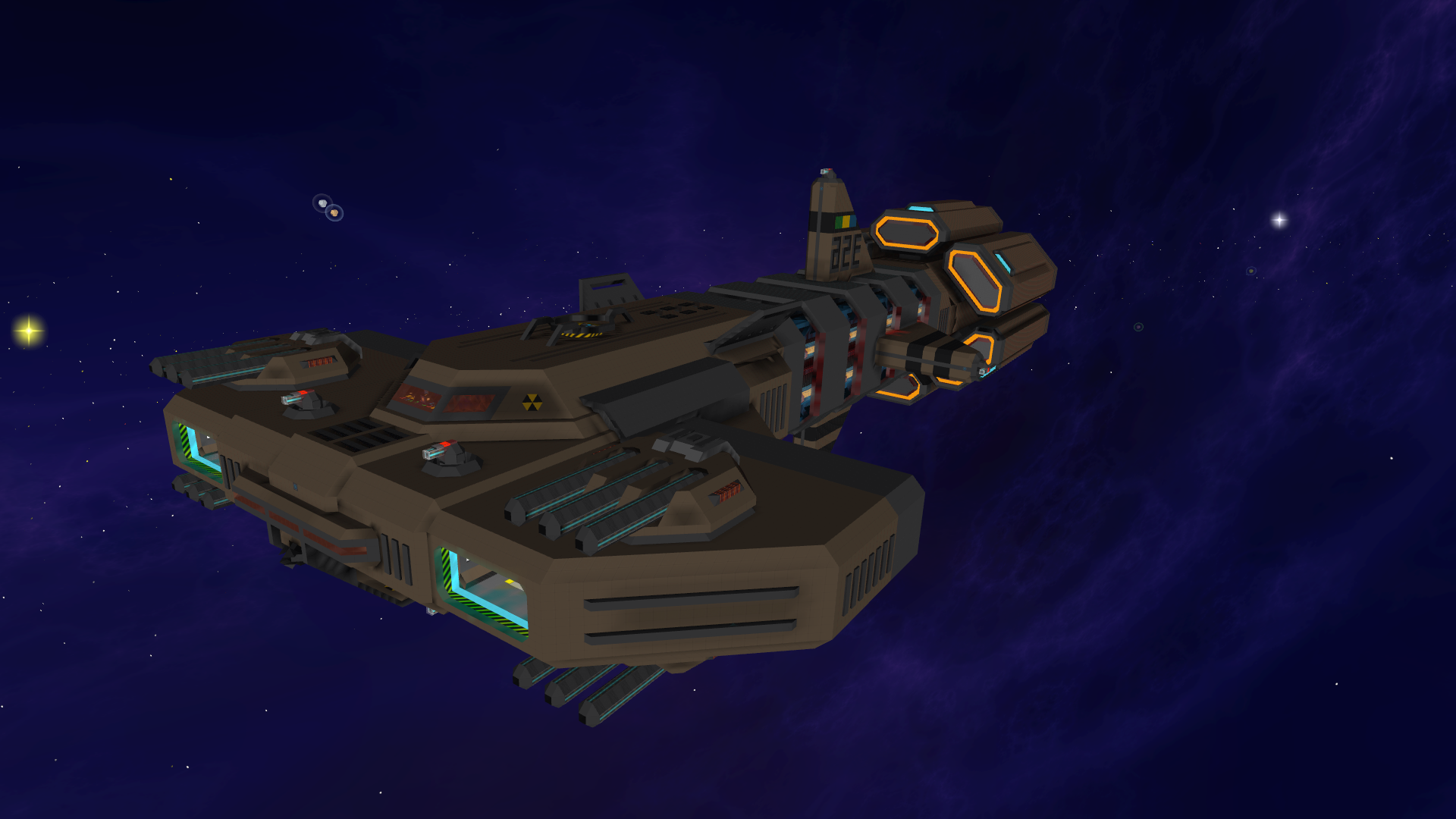 We are above the law...
Let our power show...
That we're in full control of YOUR destiny...

The Hammerfall is a vessel specifically designed by Emperor Klawxx to Expand the Dominion borders and as such It's the backbone of the Dominion Navy. It's also an incredibly stylish logic theme park, mind you!

With it's triple cannon turrets as cover fire the Dominion Army can safely invade any planet using the six X-31 available at the Hammerfall ventral section.

Also, there's a Nova Assault Truck at the bow that can be parachuted into the action to provide ground support.

It's important to know that the Hammerfall features the new amazing W.A.C.K.0. (TM) Tesla based reactor. You can power it directly from its chamber or on the ship hotbar itself.

Another cool tech is the W.T.F. (TM) core protection system, that isolates the ship core from unauthorized access. There's also a lot of other important security features in place that you might like.

Oh yea, also... Do not forget to check the fully featured Launch bay system with automatic ship pick-up system. You can launch all six X-21 Dropships at once and then safely store them on the bay after they return. There's so many features on this ship! 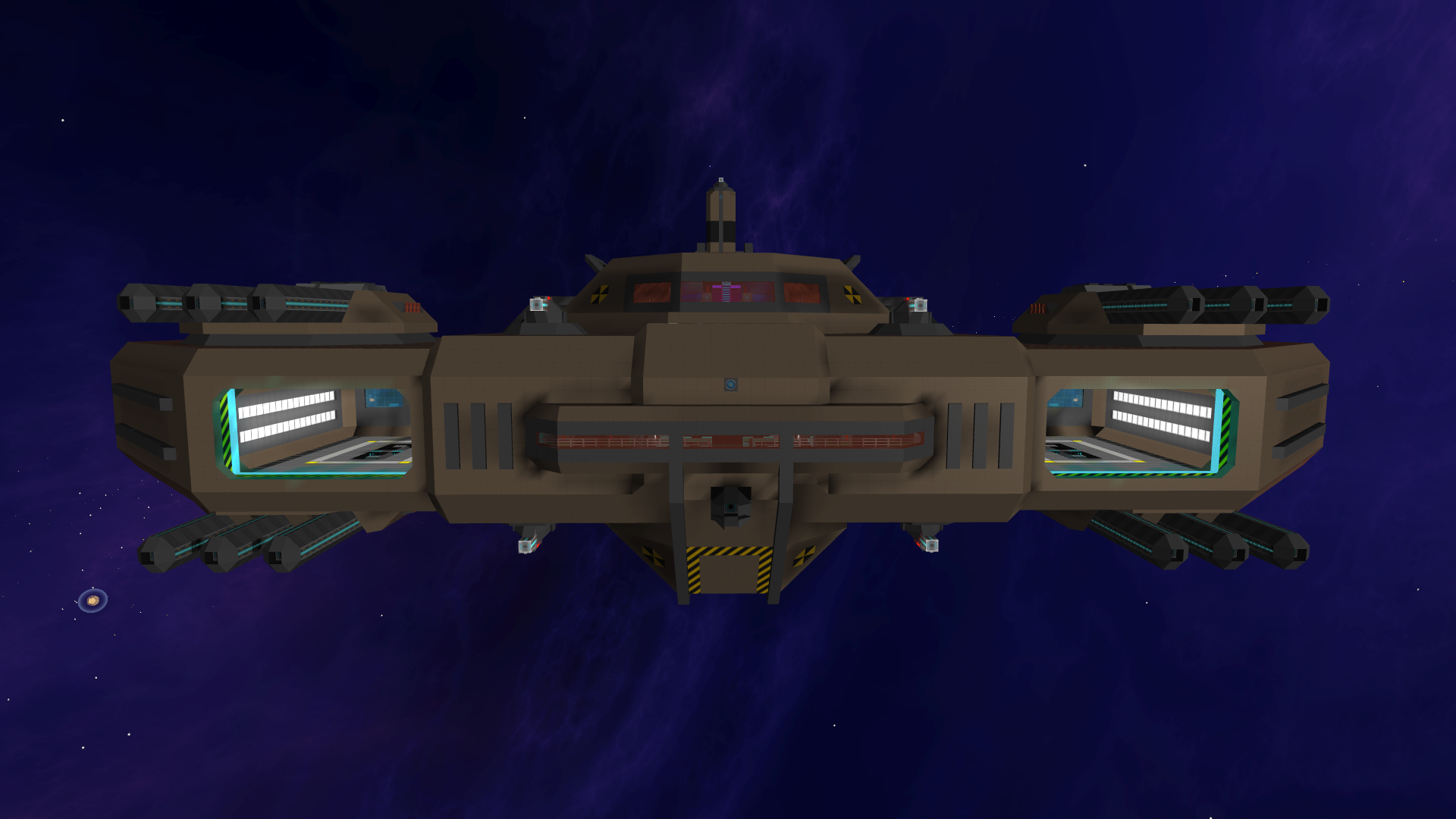 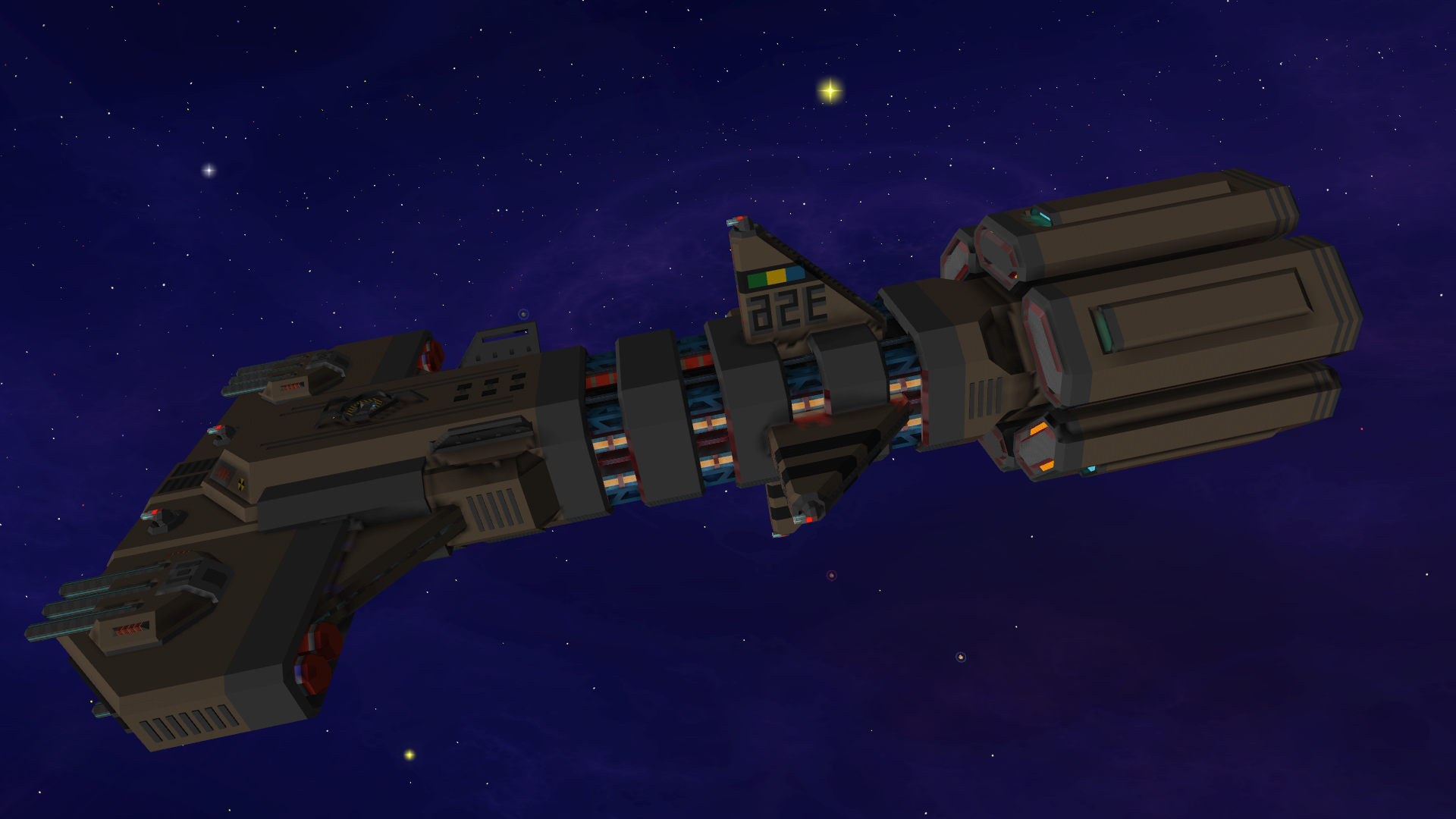 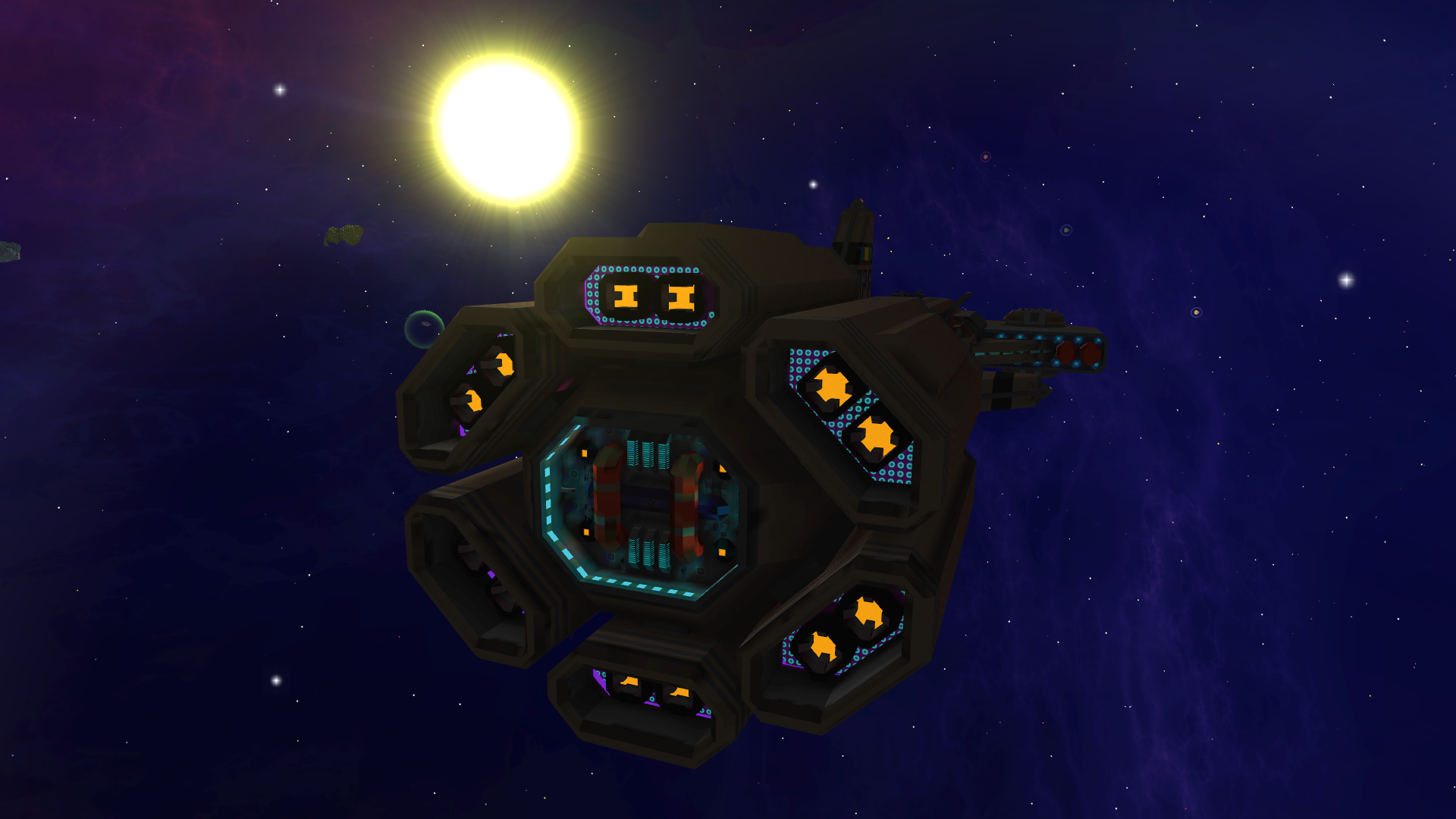 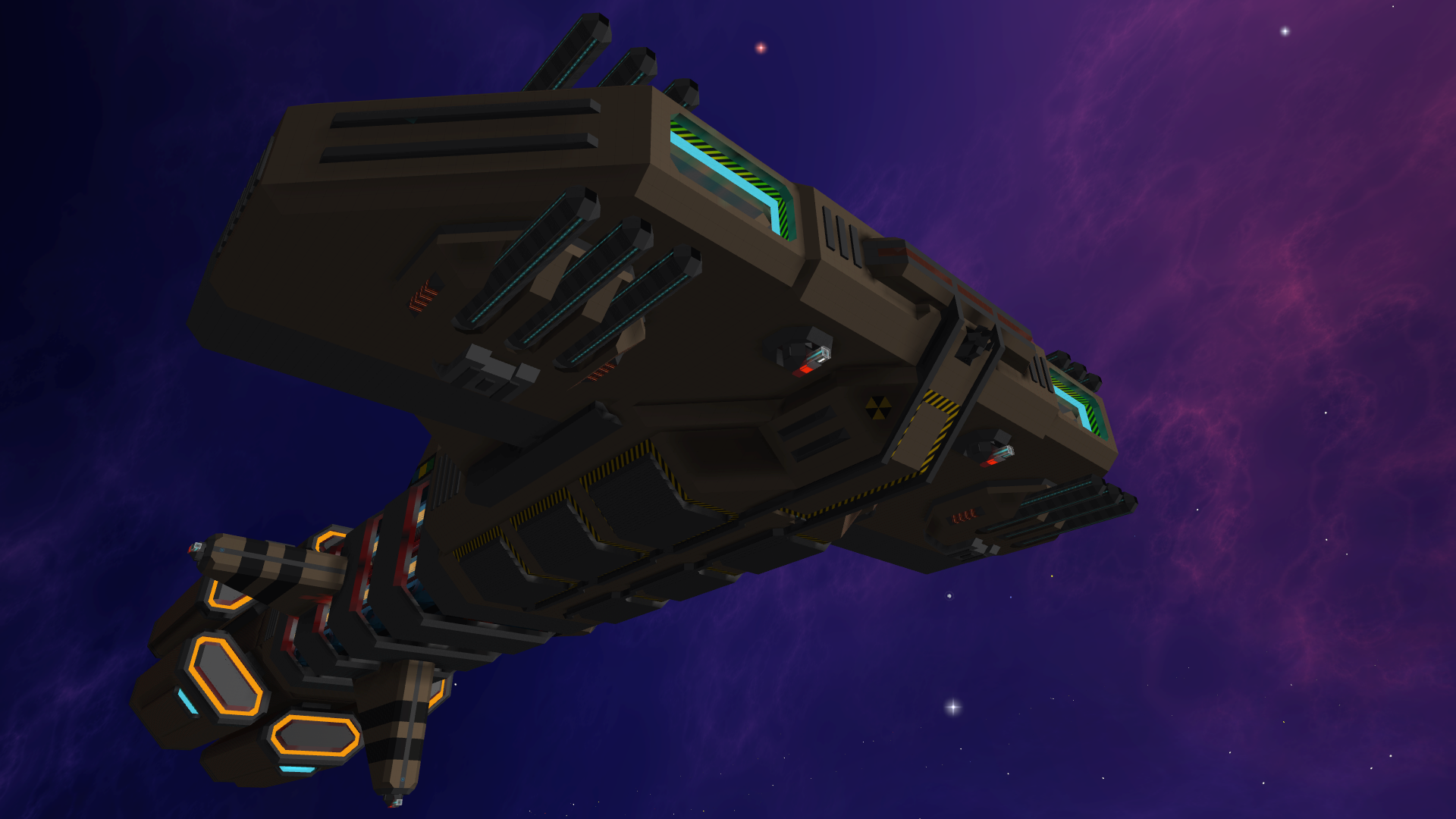 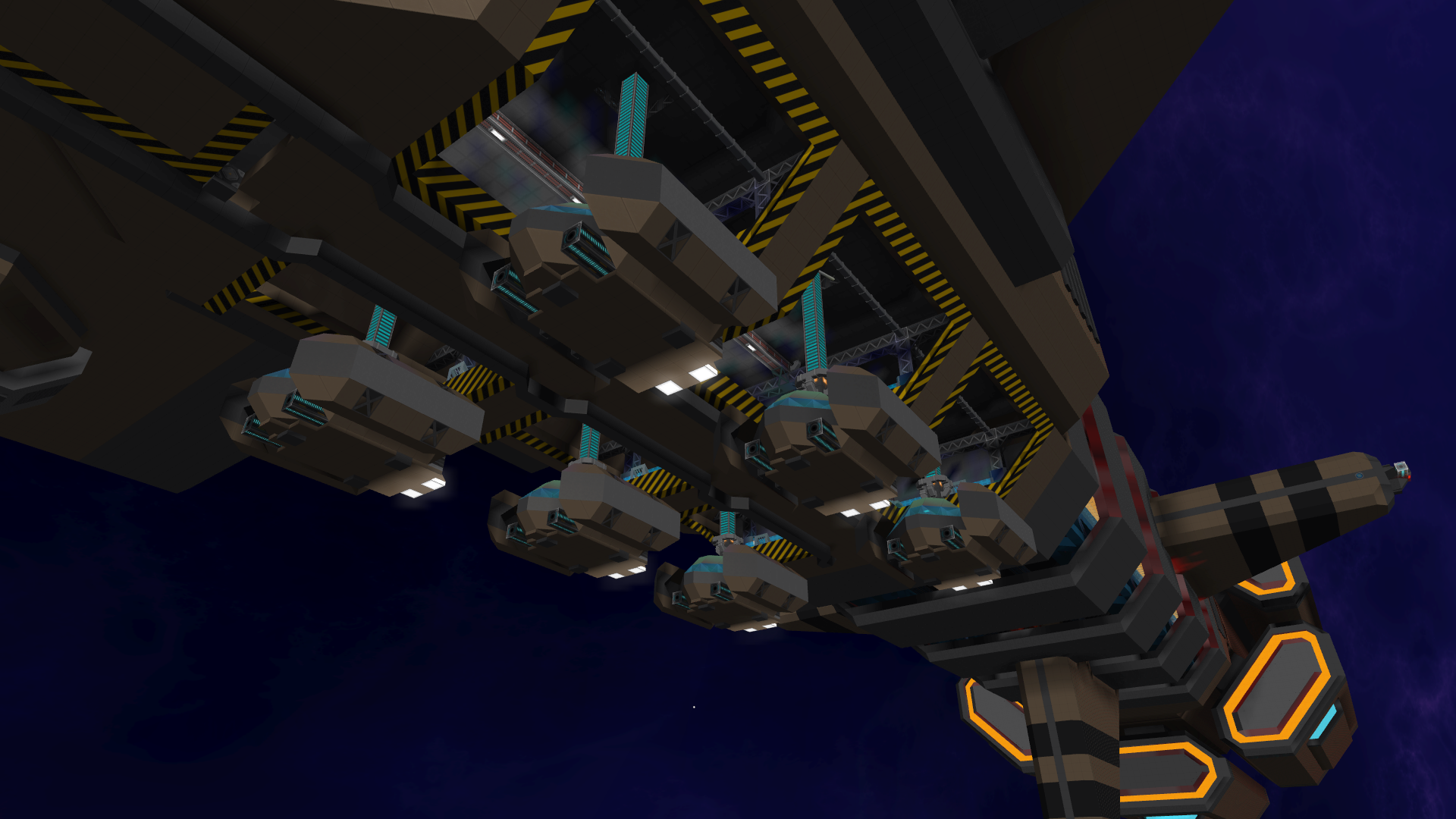 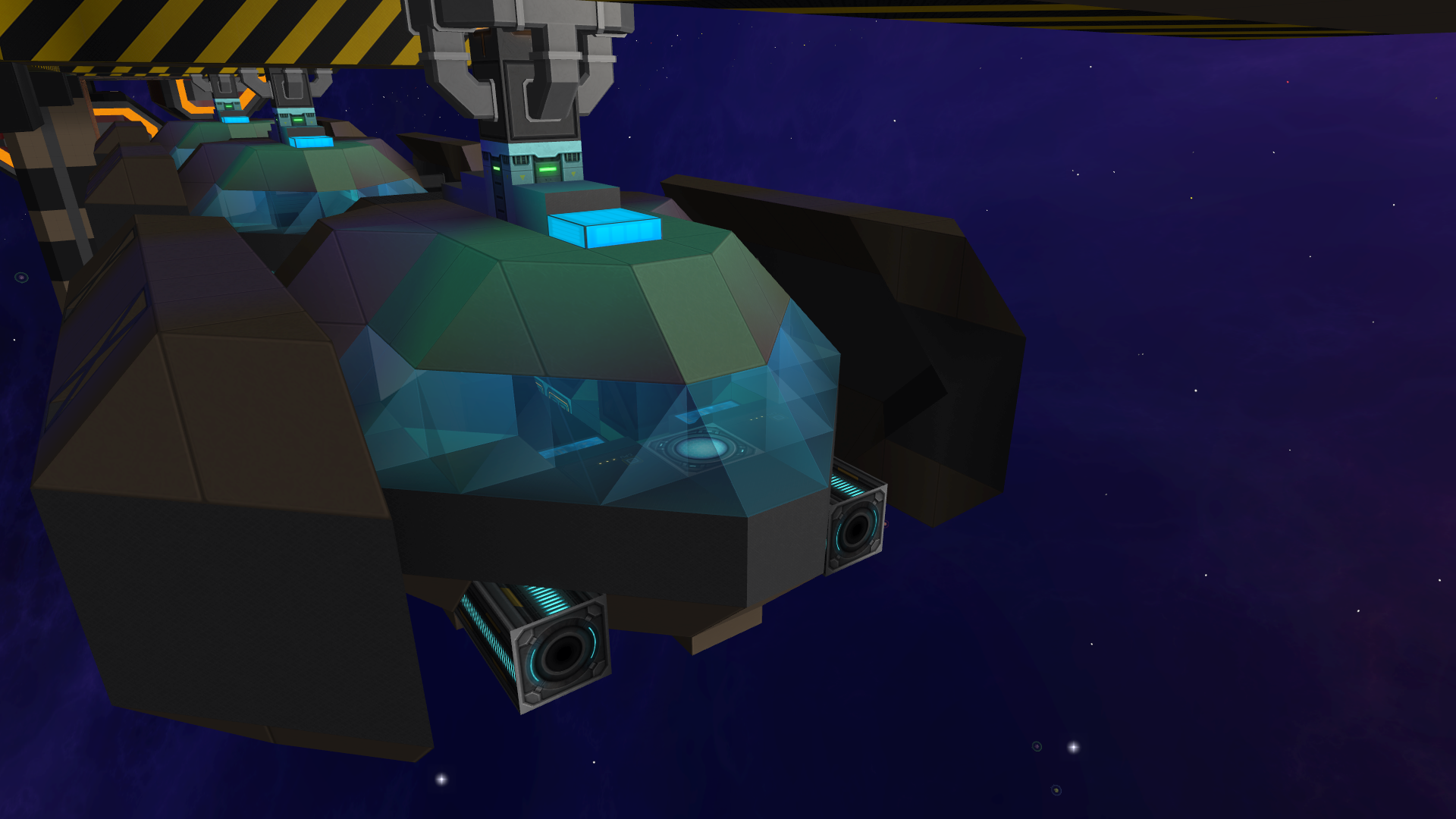 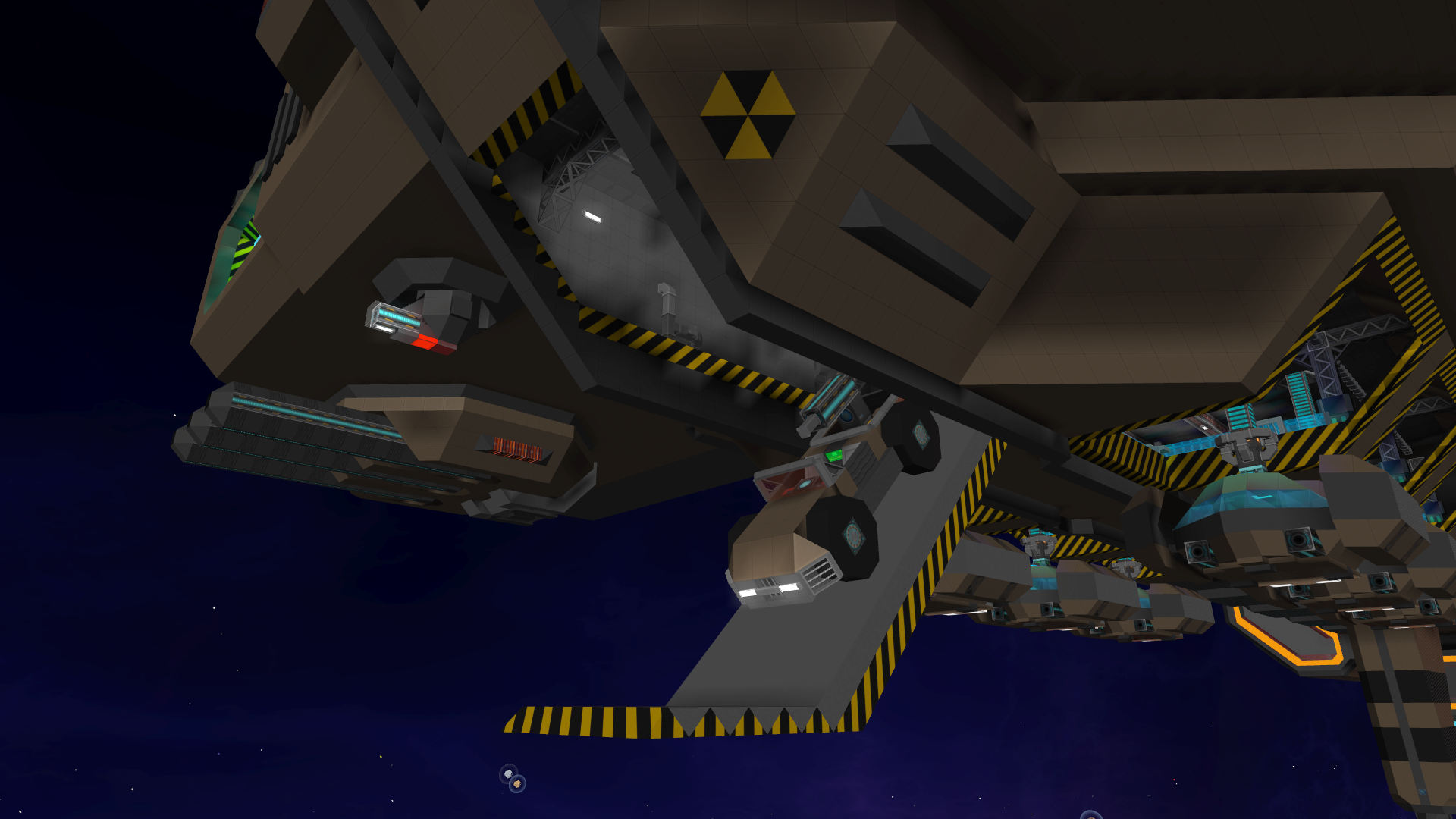 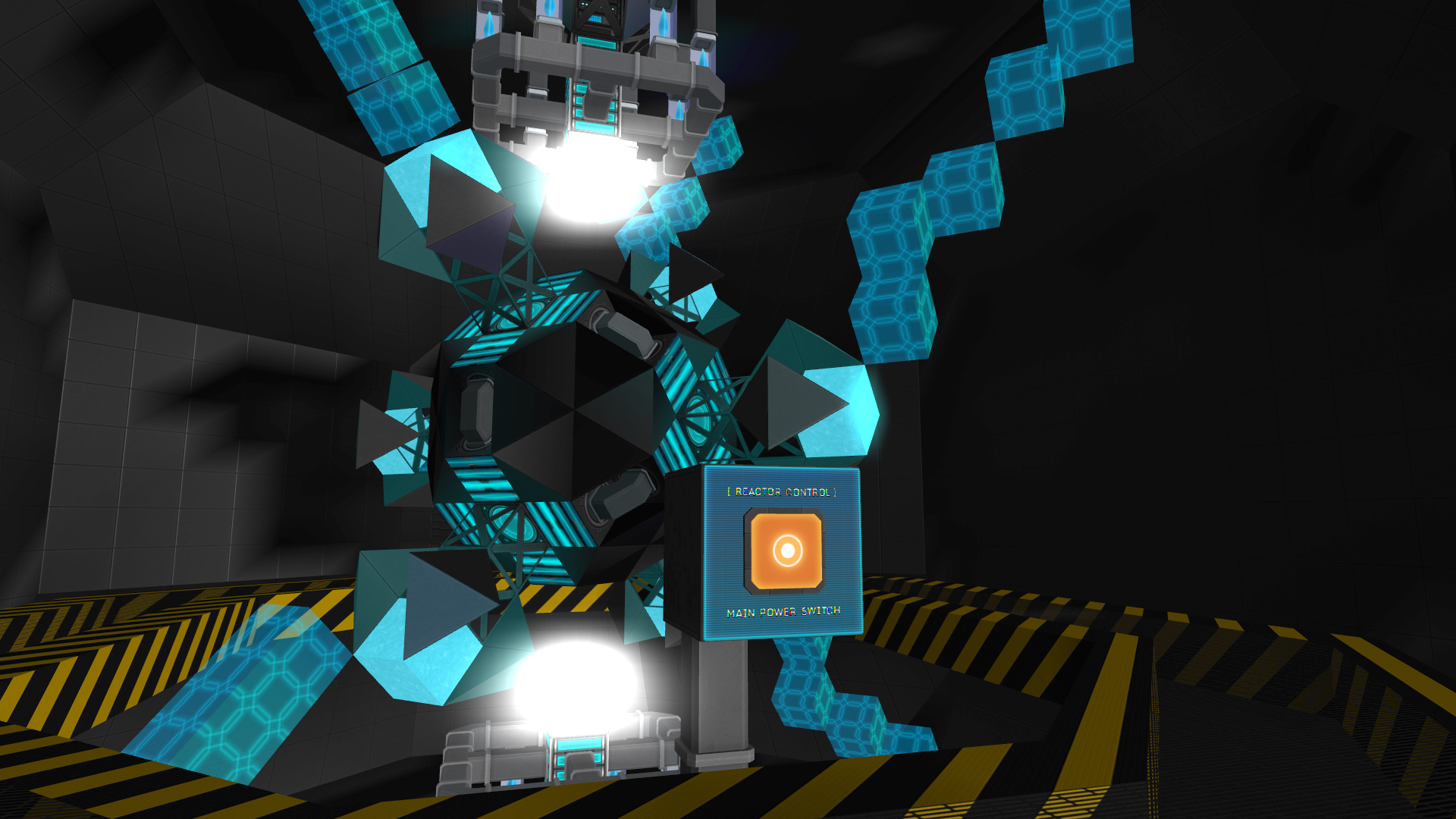 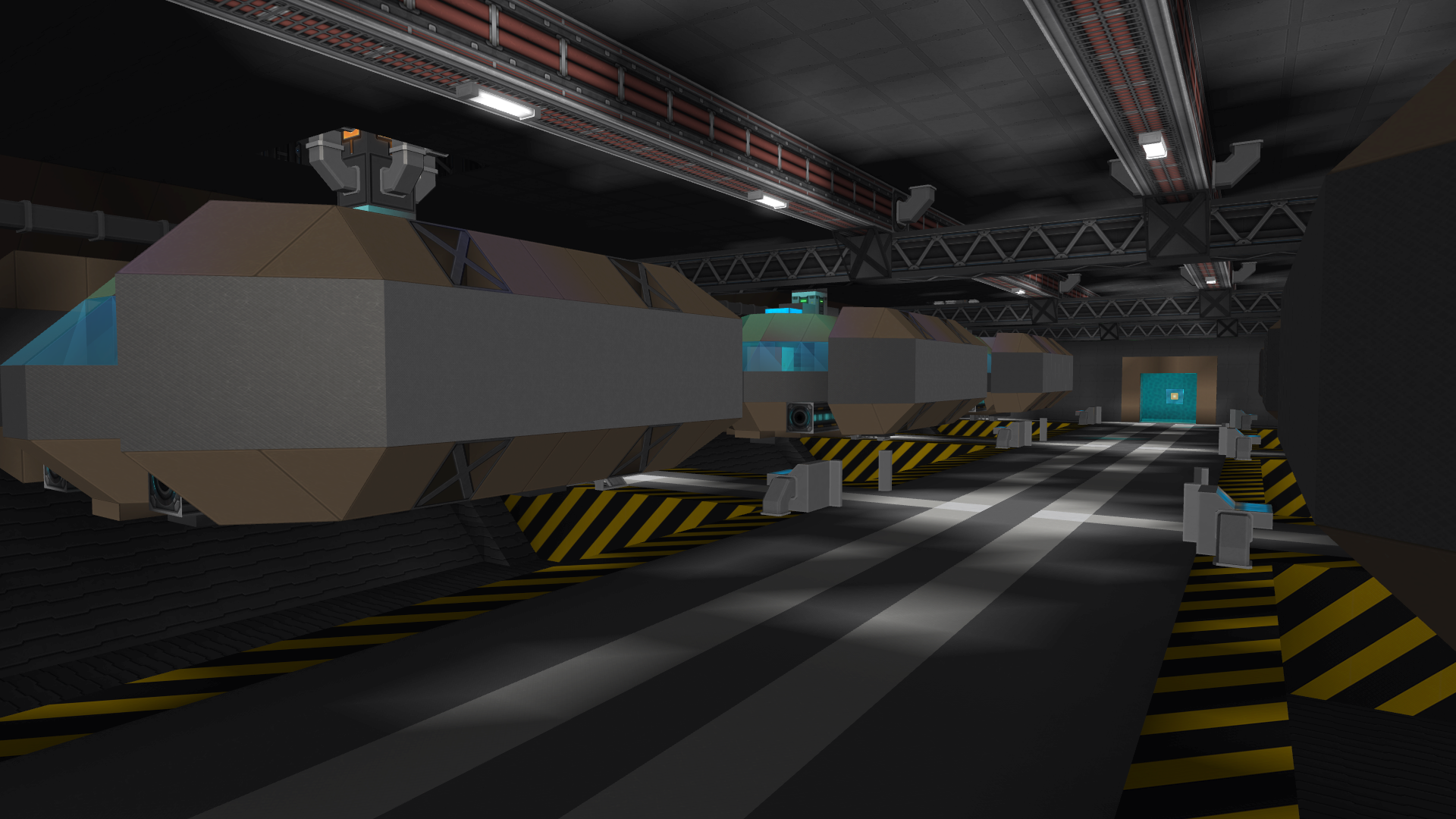 klawxx
Thanks for the review and for all your videos!
havent gotten it all together yet its missing an overpower module i cant seem to find or make

klawxx
FIXED! Thanks for pointing it out!
This ship is really incredible! It has a more unique shape and design I really like. The ship is extremely well laid out and has pretty decent systems despite its large interior. The ability to drop vehicles for planetary invasion is pretty awesome too. The fake reactor is a really nice touch and all the various rooms have a decor that really match the style of the ship. The only problem I personally have with the ship is the amount of docked entities. If I got into a fight with another ship of this size the lag would be annoying, and I have an above average gaming rig. That being said it’s still an amazing ship and the docking thing just my personal preference.

klawxx
Thanks for the review! I will launch an updated version soon fixing missing blocks and doing some minor adjustments.
I haven't seen many planetary assault ships on the docks, it's a great ship and I can assure it will win many battles in any of your future skirmishes, overall, the design is good, it's well balanced and it's a super pretty shuttle :v

klawxx
Thanks for the review!
Read more…
Top Bottom