YT-608​
The ever popular YT-Series line of ships including greats such as the YT-1300, and YT-2400 now brings the YT-608. Designed to be a sturdy cargo freighter, this ship has been repurposed by the rebellion to make on the go repairs to fighter crews using it's integrated hangar in place of a primary cargo bay.

Designed for a crew of 4, pilot, co-pilot, gunner, and mechanic, together they form a formidable team to help keep Rebel ships operating at peak efficiency.

Aside from the fictional backstory surrounding this ship, this ship is designed off of JW608s Royal Freighter, as issued in his Royal Challenge. I decided that for my interpretation I would create a variant in the style of the Millennium Falcon, a YT-1300, and includes various hull influences from both the Millennium Falcon, and other Corellian vessels such as the CR-90 Corvette (Tantive IV)

In terms of similarities between the original vessel and the YT-608. The overall shape is similar, as well as having a good amount of cargo storage. Both are designed for crews of 4, have 2 decks, and in place of a tow hitch or forward dock for cargo, there are tractor beams in both the front and back. 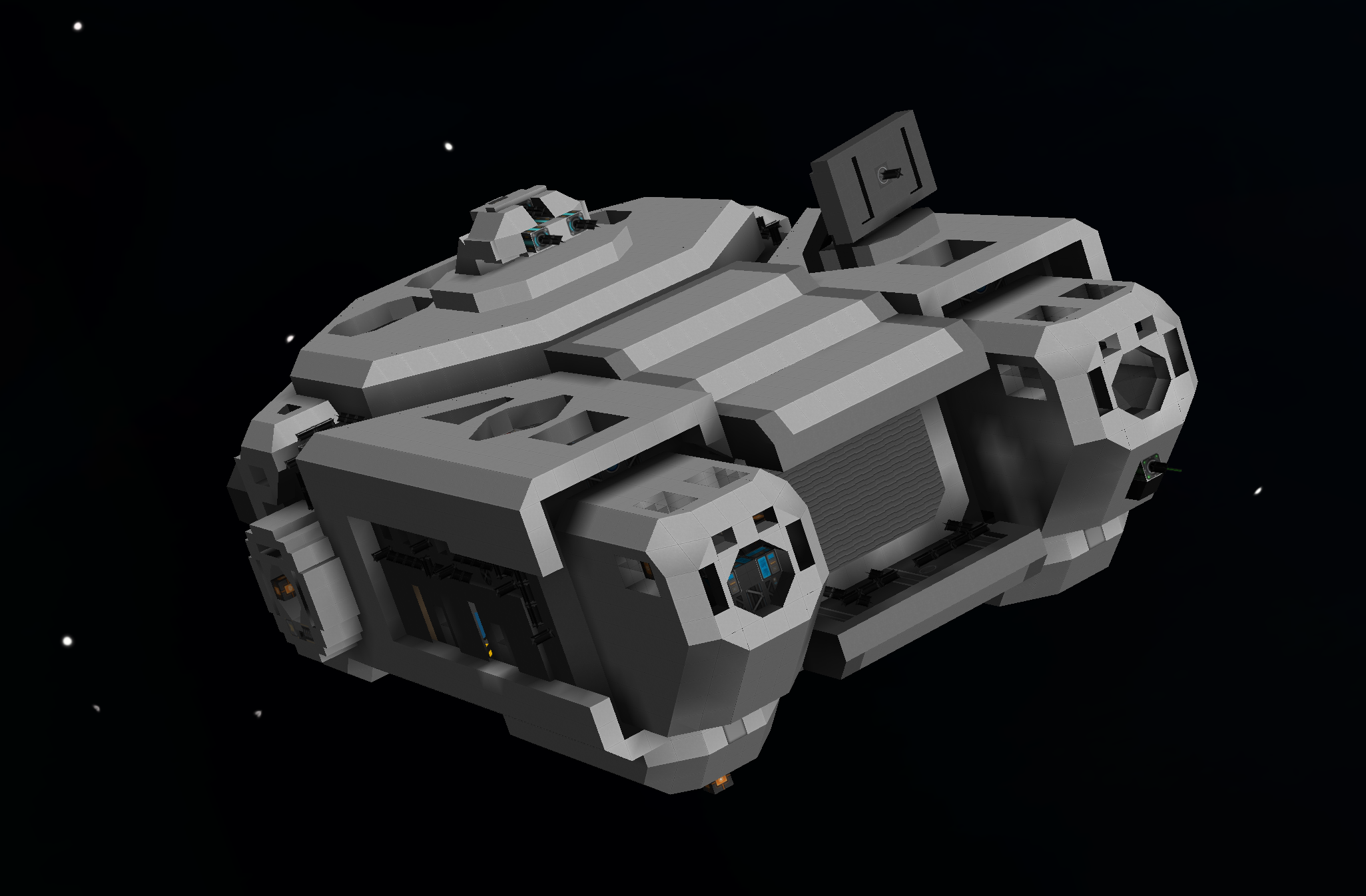 Blast doors located all around the ship to keep things secure

Luxury escape pod equipped with laser cannon, and space for a minimum of 6