Transport One
​
This CR-90 Corvette served the Rebel Alliance prior to the events of A New Hope, and is essentially identical to the Tantive IV, but in blue.

This ship, Transport One can be seen destroyed in S2E7 of Rebels, however an identical CR90 is the personal ship of Ahsoka Tano, so for simplicity's sake I merged them as one 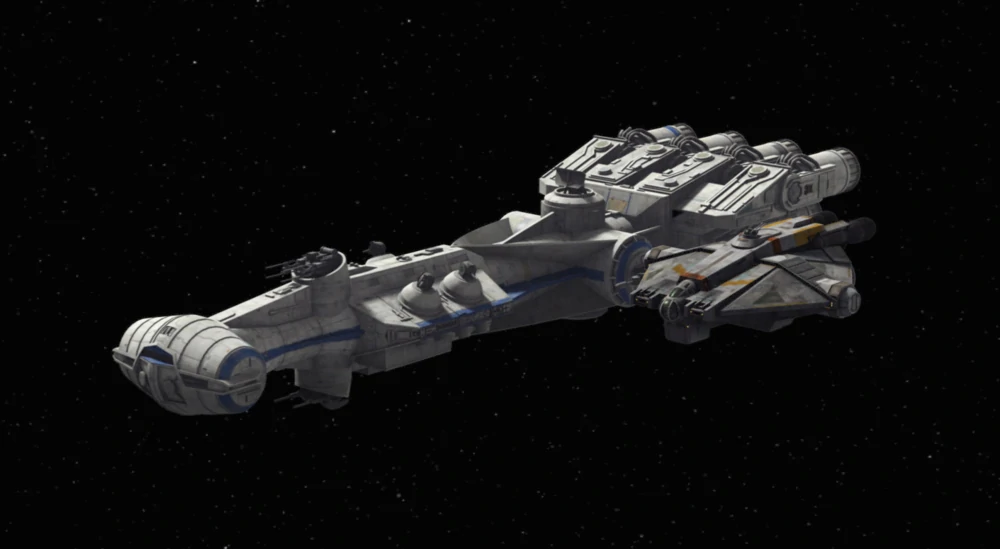 The other differences include;

- A quad laser cannon replacing the turbolaser port on top, and slight changes to the lower turbolaser (This does not affect hard mounted systems)

- Connection ports for 3 A-Wing support craft. These docking tubes can be removed 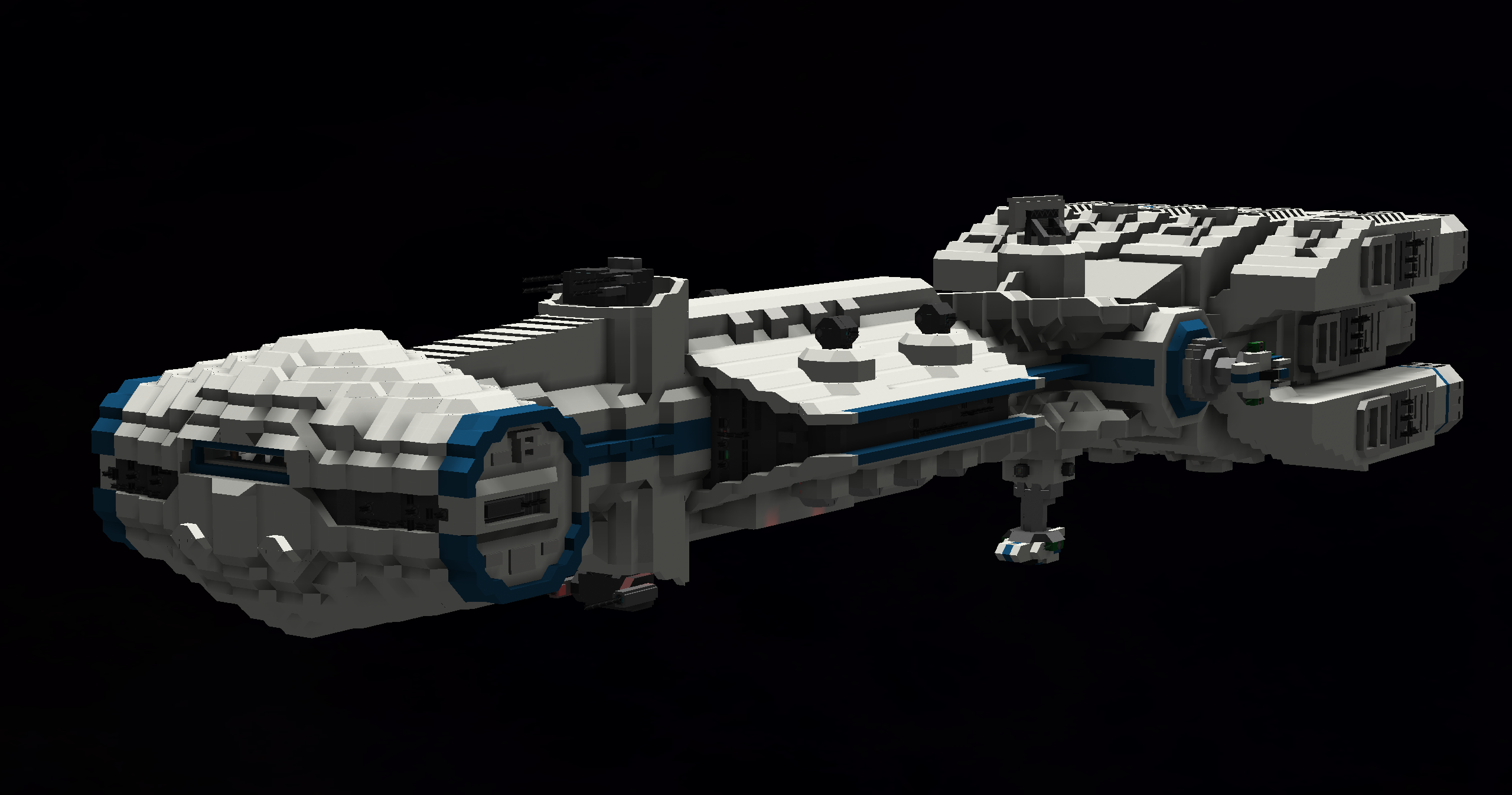 Otherwise this ship is identical to the Tantive IV in every way.