This MOD adds a new spawn system to the game.
It should be a great help to build a PvE server.
Depending on the ingenuity it is possible to create a very diverse spawn model.
​ 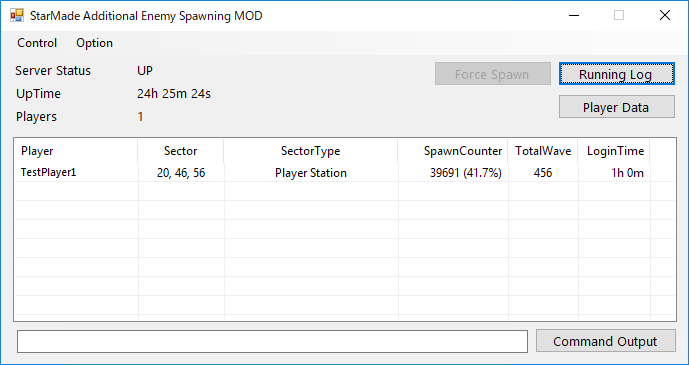 Using the in-game blueprint, the ship will spawning.
Need prepare the ship and its blueprint in advance.​

>>> Main Control Panel
It is the main window of MOD. Information on the player who is logged in will be displayed.

>>> Sector Type Settings
Sectors are classified based on rules. Here we define that rule.
The set sector type is compared in order from the top, and the one corresponding to the first is adapted.
This means that the order is very important. 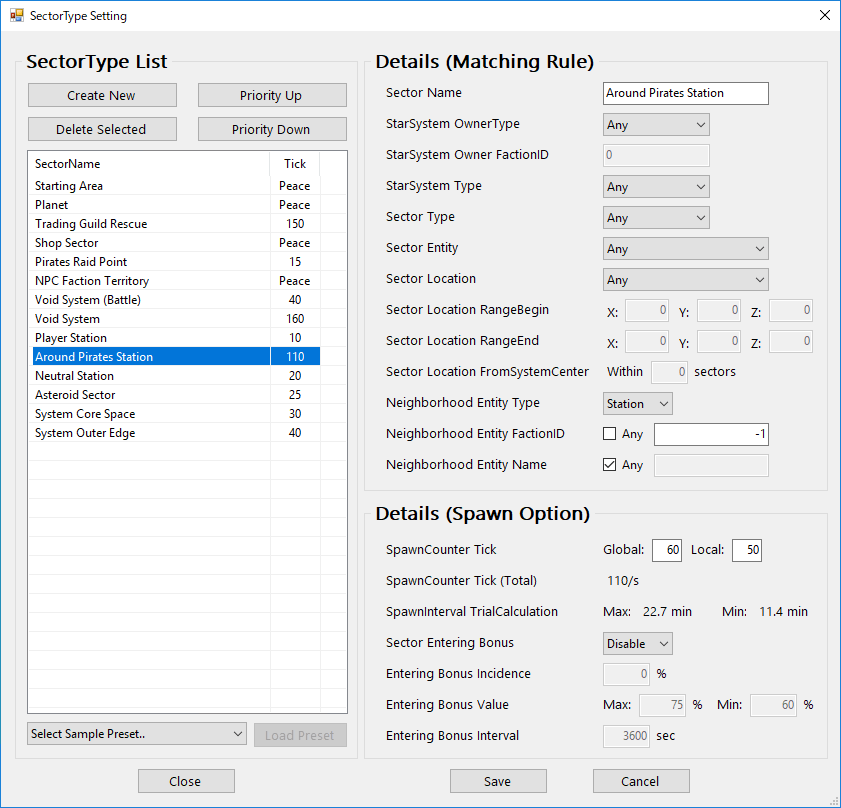 >>> Spawn Group Settings
Set what kind of ship will spawn in each sector type.
Ships spawn in group units, and which group is chosen is randomly determined based on the weight value.
You can compare the total blocks of the player ship and the in-group ships and exclude from the spawn according to the ratio. This allows you to change the ship to be spawned according to the size of the ship of the player. 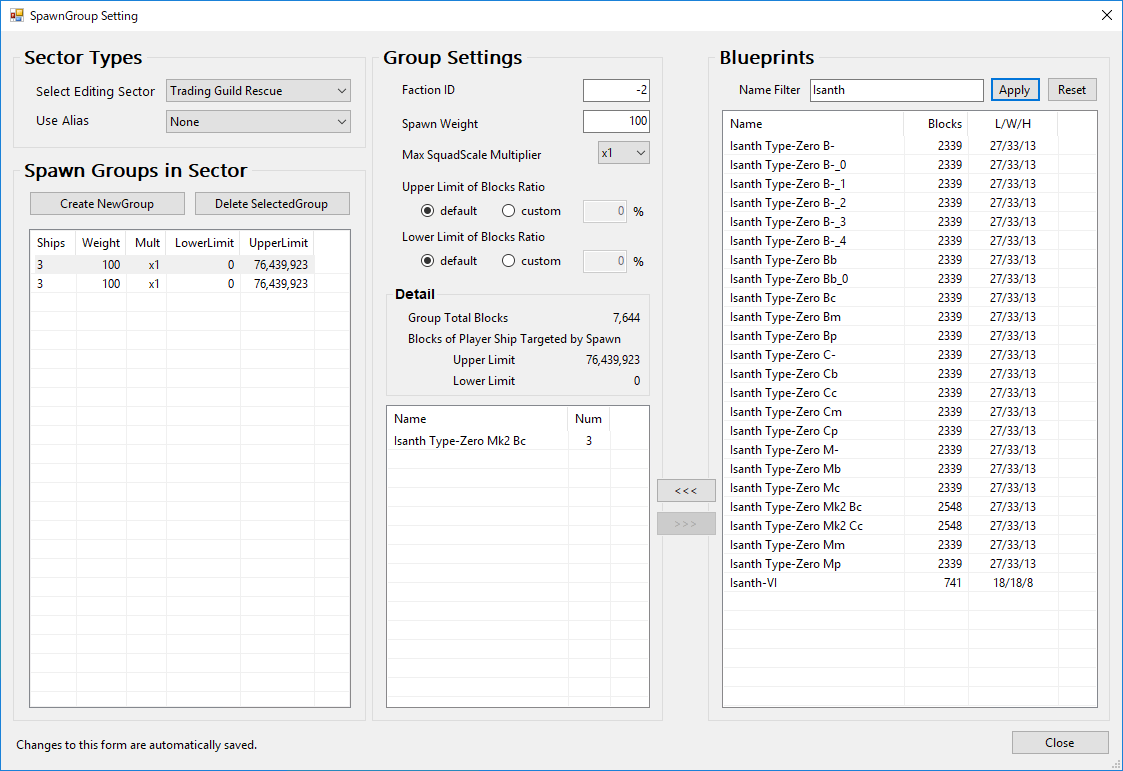 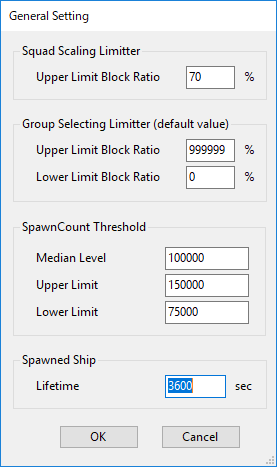