The Rebel Alliance wants YOU!

"They were in the wrong place at the wrong time. Naturally, they became heroes."?Leia Organa Solo[src]


The Alliance to Restore the Republic, also known as the Alliance to Restore Freedom to the Galaxy, the Rebel Alliance and, informally, as the Rebellion, was a loose alliance of planetary, system, and sector-level insurrectionist factions. Members of the Rebellion were known as "Rebels," "Rebs," or "Rebel Scum" by stormtroopers and other Imperials. They were generally united in common cause, against a common enemy in the form of the Galactic Empire. In order to achieve their primary goal in restoring the former Galactic Republic, the Alliance aimed to remove Emperor Palpatine from power, and his hegemonic New Order from the galaxy. By supporting this faction, you will join a ministry that you work in and be under the command of one. The ministries are:

Ministry of Finance(GrandMoffTarkin)~You are responsible for overseeing Alliance funds and making sure we have enough credits for ships, space stations, and ministers. Only one player can join this ministry.

Ministry of Industry(GuyMan)~You produce capital ships in an Alliance factory which includes ship design and space station design that can be used for the Minister of Supply and the Minister of Patrol. You may construct space stations, build and repair ships, construct barracks or tank factories on planets, or find upgrades for the Alliance.

Ministry of Supply(Rissaach)~You maintain the supply chain for Alliance military forces by mining and buy products from different shops scattered and sending the products you purchase to Rebel Alliance stations by sending transports. You may transport cargo and tanks, organize storage houses, construct and work in factories, or use mining facilities.

Ministry of Patrol(Jediblue22)~You are in control of guarding certain Alliance space stations and transports if possibly one is under attack by surprise and/or scouting the different sectors of the galaxy to look for nearby enemies. You may escort ships that require it, guard stations or planets, or scout sectors for enemies.

This Y-wing starfighter is mainly a slow bomber. Used against heavy cruisers, it makes a large advantage of a battle. Weak when dogfighting, but strong when bombarding.

This corvette is an anti-starfighter ship packed with 2 heavy turrets. 4 turrets, and escape pods. These are the fastest capital ships in the fleet. This ship was generously donated by our ally Cupcake and was modified to an extent.

This capital ship can be considered as a frigate or a corvette, but it is definitely a gunship. This is the only capital ship that has missiles and cannons. It is surprisingly more powerful than the Corellian Corvette while lacking size. It currently holds 8 turrets.

Does more damage than a Y-wing, but lacks maneuverability. This corvette gives a powerful punch against cruisers and stations if in a safe area. Their long-range missiles prove to be a huge impact on enemies.

PICTURE WILL BE UPLOADED SOON!

The Nebulon-B is the only frigate that allow starfighters to be docked. It is a large ship packed with 24 turrets and a large cannon. Slow but powerful, the Nebulon-B has many rooms and benefits the Rebel Alliance widely.

This frigate designed by the Mon Calamari Shipyards is designed with shield-piercing proton torpedoes and laser cannons accurate enough to target a starfighter. It's cluster bombs can also swiftly destroy a large fleet of starfighters, making this frigate partially an anti-starfighter ship.

This assault frigate is designed with 50 turrets, mostly turbolasers (30) and also laser cannons (20). This vast ship usually has the power to destroy most frigates and possibly damage most of a cruiser.

This is one of the couple cruisers used by the Rebel Alliance. It has the power to outnumber a Star Destroyer when attacking it directly. This ship is designed to have 68 turrets made of turbolasers (48) and ion cannons (20). This ship is available for Admirals (once constructed). 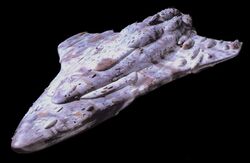 NOTE: This is used by Ministers ONLY (once constructed)!

This ship is the largest in the entire Rebel Alliance Fleet. It is packed with 72 turrets, those being turbolasers (36) and ion cannons (36). This type of ship was originally a salvage ship, and has many cockpits. This advantage gives a good Admiral a sight in every direction.

To find out more information about our faction, please visit therebelalliance.freeforums.net

We require every member to create an account on these forums.

The Rebel Alliance has a C3 server! Any members who wish to join must message me or a minister for the server name and password. It is completely free! The website to make a free account is www.downloadc3.com.

(The number of members are the only active members that have been seen in the past two weeks. The list will be reset at the end of every two weeks and exclude all those who have not been online.)

Sure! I\'m still trying to set up the server. I\'ll let you know as soon as I can get it out.
H

who exactly are you rebelling against,

please ally yourself with the United secret star empire

The Rebel Alliance is not just a server that is a Star Wars faction, but we also rebel against OTHER servers.
H

lol its a me alex

You are the Empire!
8

Yep, having a narwhal in your faction is always good!

Great! I think your efforts will be very helpful in our conquest. Now, if you could please choose a minister that you will be working for, that will be great.
B

This sounds awesome, being a huge star wars fan I would love to join. How would I go a about joining the rebel alliance e?

Actually, all you had to do was to let me know! You are now part of the Rebel Alliance! All you have to do is choose a minister displayed on the description. If you could tell me which one you would like, you could be the head of it!
D

if you accept me and i reach a high enough rank wouldn\'t you mind i brought to the faction a vessel that i\'m building (it\'s in early stages so it still is a skelleton).

waiting for the answer
B

I would like to be ministry of supply please, also are all the ships used star wars themed? as I have some of my own I might like to use. Also hey dragon master it\'s tim from the other day lol

Your ship can be a flagship in our navy if big enough! If you could just choose a minister from the description, and you will be all set, my friend!
B

Oh I have one more question. Isn\'t there a ministry for battle or leaders for fleets telling the other ships what to do. Employing tactics in battle?

Please! Bring your ship! It can be capable of getting you ranked up! Although, I would like most of the ships created in the server to be Star Wars based, but if you bring your own from another account, that will be fine! Thank you for joining the Rebel Alliance!

That is up to the commanders, including myself. If you want, you can be a scout and search for any signs of enemies.
B

Will the server be up anytime soon? As I am quite eager to play on it in a star wars like rp

my computer broke down and won\'t be working for a bit. I\'ll let you know as soon as I get the server up and running. Sorry to keep you waiting!
You must log in or register to reply here.
Share:
Reddit Pinterest Tumblr WhatsApp Email Link
Top Bottom