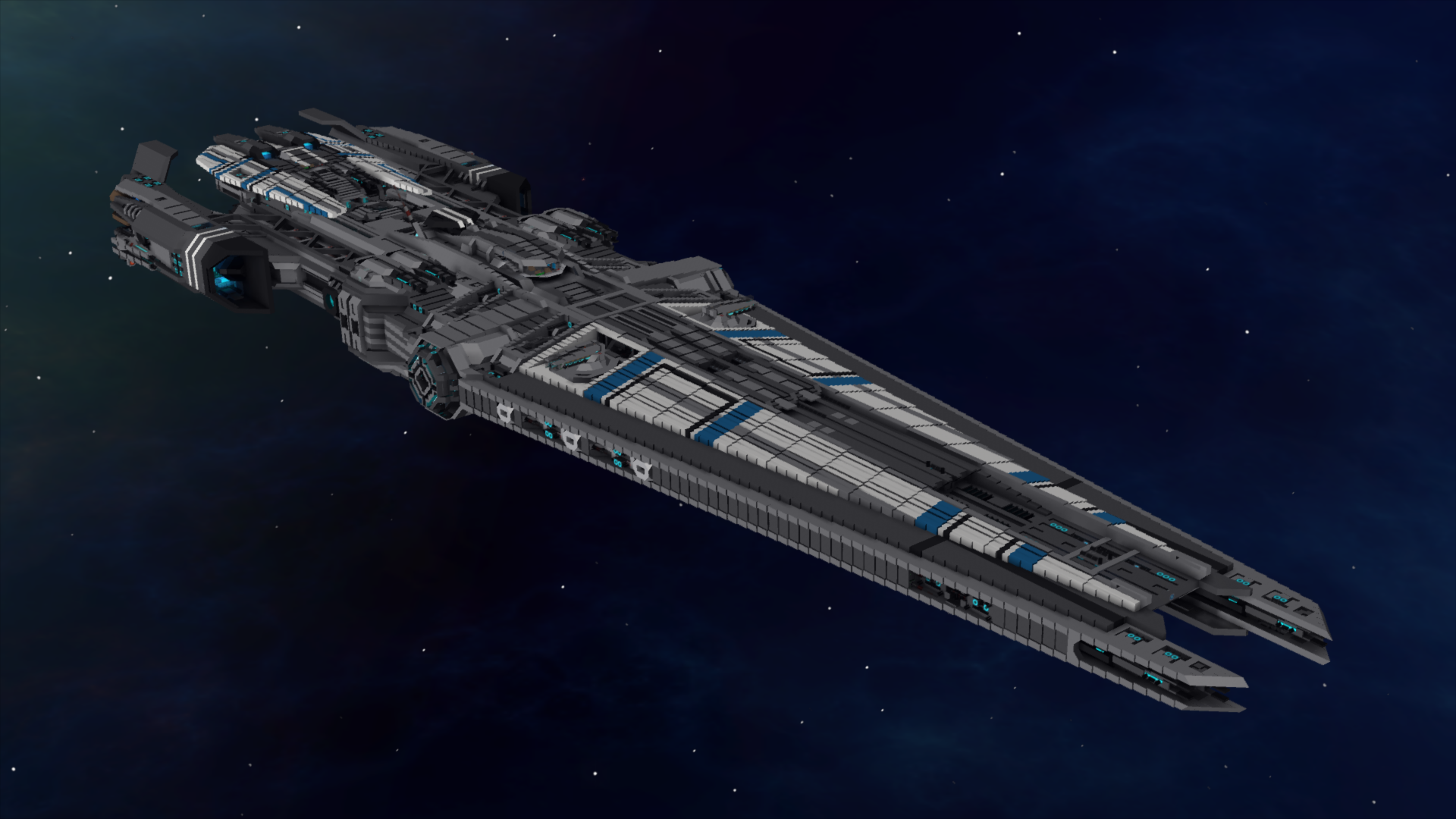 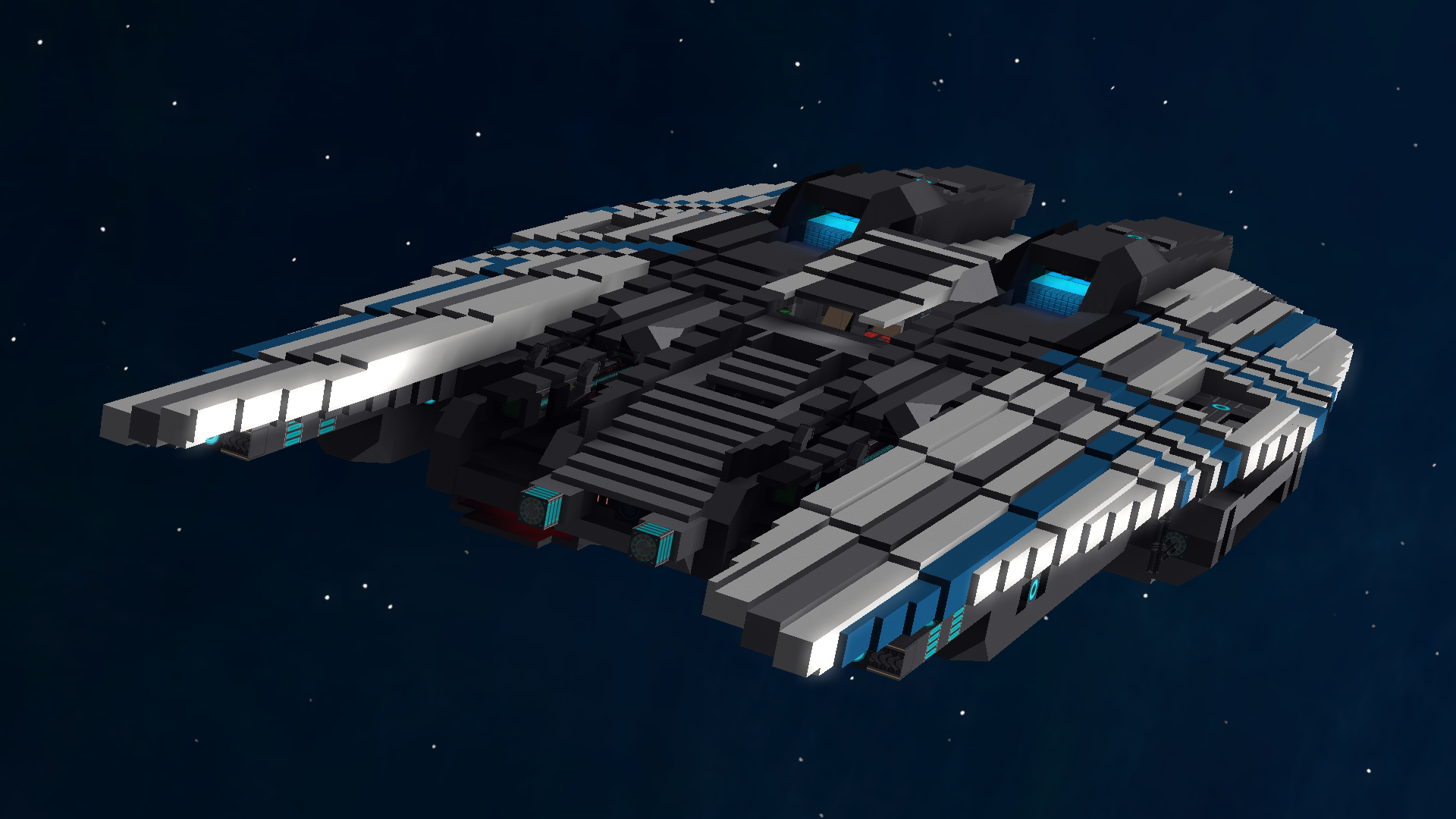 The Type-30 Spectre is probably one of the most high tech and expensive exploration ships ever built by Trident Foundries to date. Built at the recently revitalised and upgraded Sirius Shipyards, the Type-30 was designed as part of the Trident Expeditionary Force movement. Taking design elements from both the Solaris-class and later Halberd-class designs for exploratory ships as well as unlimited prototyping budget and the authorisation to use classified technologies, the Spectre is considered one of the most well-rounded frigate sized ships ever built by Trident.

The Spectre-class is fairly well-armed for a science vessel; it's armament includes two dual-emitter plasma beam banks and two forward fusion missile launchers, as well as four plasma beam turrets amidships and six PlazWorks "Ripper" plasma PDCs.
The Type-31 Khopesh-class is a highly advanced small gunship constructed by Sirius Shipyards for Trident Foundries' Expeditionary Force. Attaching to the rear of the Type-30 and capable of full independent operation, the Type-31 gives crews of the Spectre-class vessels valuable protection and reconaissance capabilities without putting the main ship at risk.

Armed with twin-linked rapidfire plasma cannons and several fusion missile launchers, a Khopesh is capable of dishing out a lot of damage for it's size.
Reactions: Brokengauge, DeepspaceMechanic, JinM and 4 others