From the beginning of the Galactic Civil War, the Emperor has stressed that the conflict will be a war of attrition. Nowhere is that philosophy more evident than in the design and tactics of the staple Starfighter of the Imperial Navy, the TIE fighter. TIE fighters are meant to overwhelm enemy forces in huge numbers and have therefore been designed for speed and affordability rather than resilience. The TIE fighter is built around twin ion engine technology and is among the fastest and most manoeuvrable craft in the galaxy. The TIE fighter can outrun most Alliance vehicles. And while the TIE fighter's standard laser cannons are not very powerful on their own, when dozens of TIE fighters attack simultaneously, they can demolish anything in their path.

My own take on the standard TIE/LN Starfighter. As the description mentions above it probably wouldn't do much on its own but multiple ships would be more formidable.

Perfect for anyone building a Star Destroyer or for anyone who wants a bunch of these to protect their assets.

Because I added in a blast door above the core it can be tricky to access but not impossible. I guessed that they would be used just once to add them to an automatic hangar system so it wouldn't be too much of a problem. You could automate a small shipyard to drop these onto a rail system and launch them straight onto a waiting carrier or store them on the station for later use. Exiting the core can be fun also!

A Bobby AI sits at the front for looks and to allow you to dump some of these at strategic locations and set them up to attack enemies. They can then be left on guard to do their own thing.

You could probably trim the panels down to make it fit a 9m cube. Looks a bit "dumpy" then but still works. The reduced weight could allow for reduced thrusters and some basic shields could be added or you could also add a couple of extra cannon modules to the secondary computer to increase fire rate maybe? 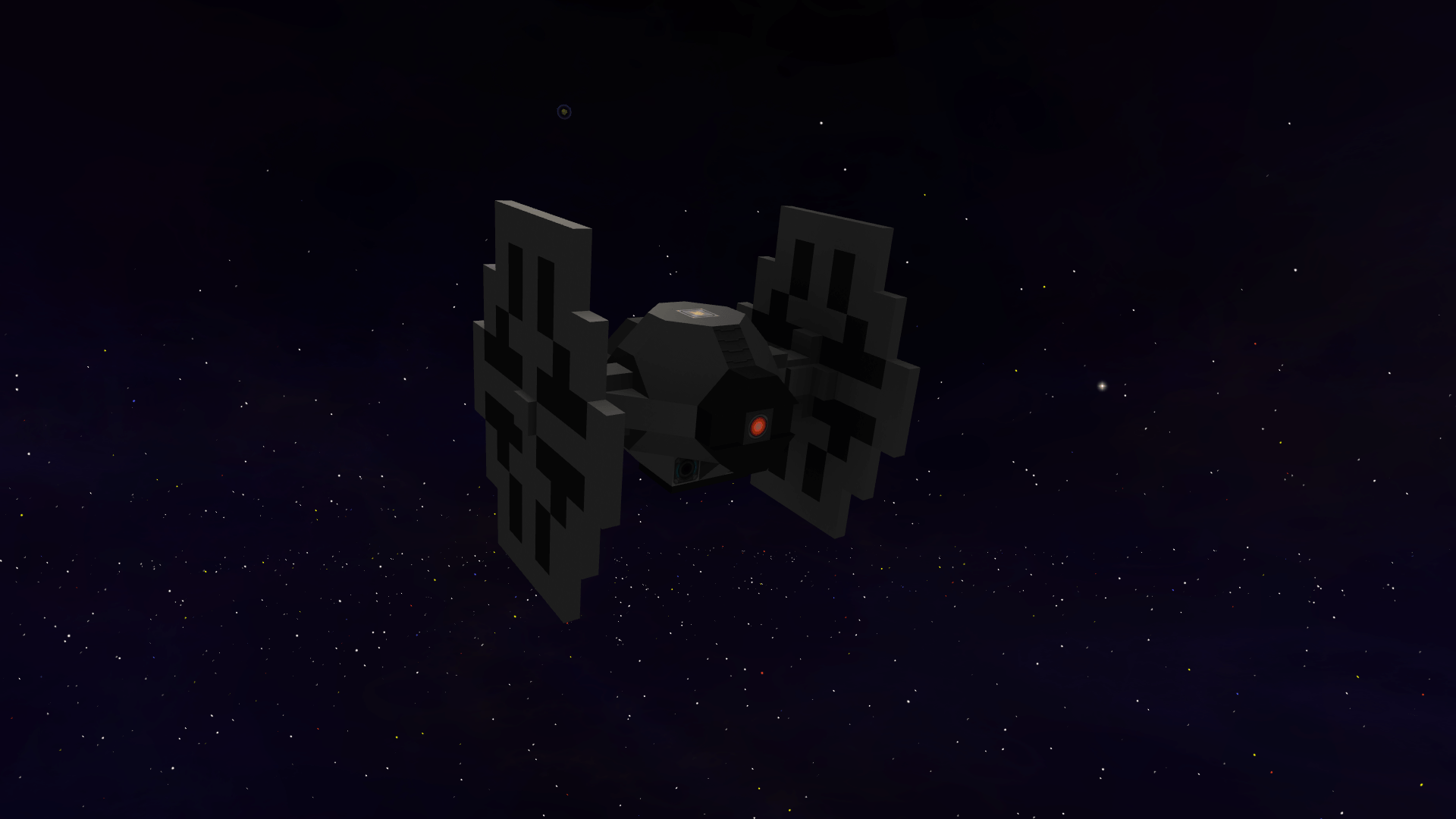 splatthecat
I tried to capture the feel of the original within the confines of the game. Maybe some X Wings will be next? A bunch of them against some X Wings??? Watch this space ;-)
Read more…
Top Bottom