First off, This ship was originally made by ZanBorg but i decided to throw in some more weapons systems and shields etc. It's main weapon is a shield dropping beam [Beam/Missile/EM Effect] It has three cannons, one charge cannon, one rapid fire cannon, and one standard cannon. It has a medium/large salvage array and 2.# million cargo space. This ship is a META designed ship built on the weapons update. It has 50 million shield capacity and 2.2 million recharge and a level 33 reactor with a permanent stealth drive. Sadly the jump drive is a manual charge. This is called a patchwork Scout Sphere because my single player is broken and I had to build this with limited resources on multiplayer, so the hull is half basic black armor and half standard black armor. (It originally was Basic Black Armor) [Use the transporter on the top to get in.] 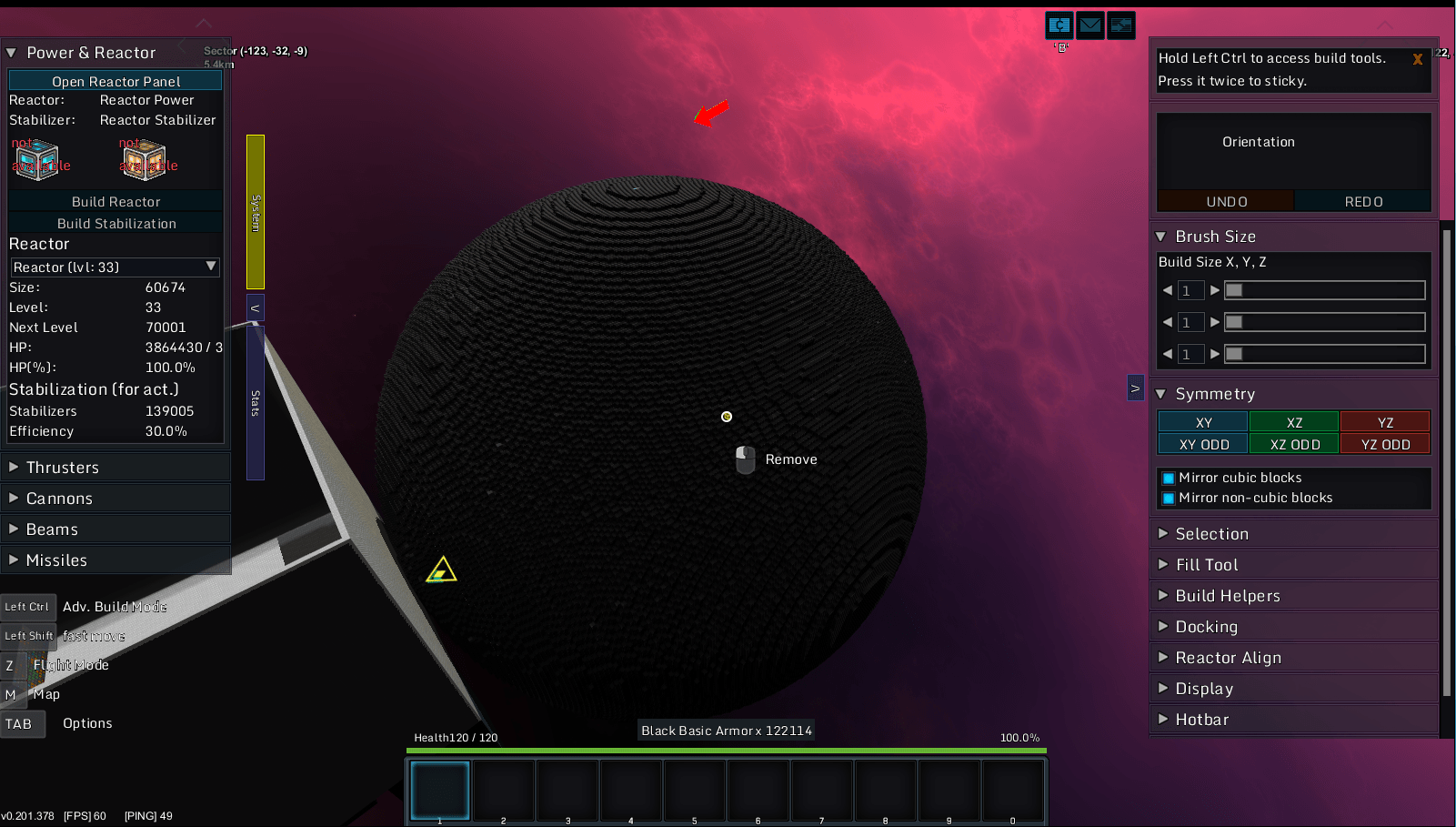