First of all, even if they scrap the current energy thing, the mechs will only need a sightly edit.


Well, now to the mechs!


First of them, the "Spearman" equiped with a (normal) shield and a beam/cannon, using a simple design! 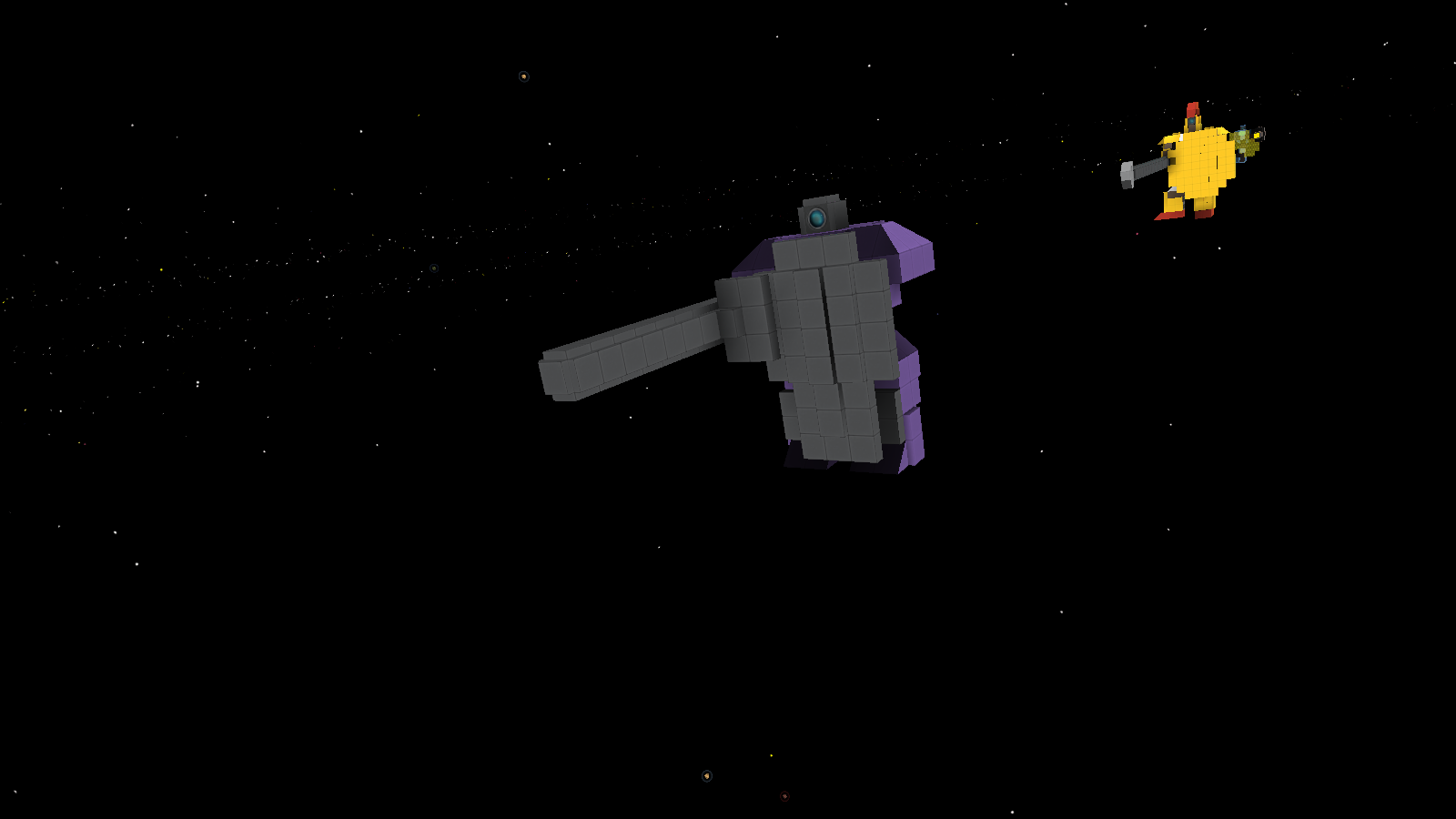 Now, the "Hoplite" inspired by the ancient greeks polis soldiers.
It can be looked as an upgrade form the "Spearman", with a more vivid and detailed design, a shield, which holds the energy shield device inside anda beam/cannon with more power than the one used by the "Spearman". Now to one of the special designs, the "Anchor Shooter".
With a toggleable force field shield, a Cannon/Cannon weapon...
And his toggleable "anchor".
The anchor is a force field tool, that can "lock" on to the enemies, for inmobilizing them, become untouchable to their turrets, force friendly fire, etc... Anything you may think of it! [TO SERVER OWNERS/PLAYERS THE ANCHOR IS BANNED IN MANY SERVERS, IF THE SERVERS BAN RAMMING, BECAUSE IT CAN BE SEEN AS A RAMMING TOOL]

The Wrestler!
It's name resumes and exemplifies it's objetive and uses.
The Wrestler is the result of taking the Anchor concept BY MAKING IT BIGGER!!!!!!!! (NOT ENOUGHT DAKKA!!!)
Its has two toggleable "anchors", aligned with the cameras at his hands and a deccent mount of shielding, but the side effect of it's his absece of any kind of weaponry...
But it's a good suppor/frigate f****r ship! [Don't bother, if the anchor isn't allowed, this is instaban...]

And now, something from Codegeass!
A knightmare frame Glasgow!
With a Cannon/Cannon gun and two block beam emiters! The former represents the "Slash Harkens"
The pack also has this last mech in just the basic frame! (With an energy system inside, which is the most primitive of them...) I hope you liked them!
And yes, I will be doing more of them


Also, considering how the "new" energy system works they can, in fleets, damage a big ship, built with the new energy system... Really XD

And yes, they are very "small" size, but they can do the work they were inteded for...

[The maker of this mech pack is perfectly conscius of the fact that the mech shape isn't the most optimized one...]
Reactions: Skwidz