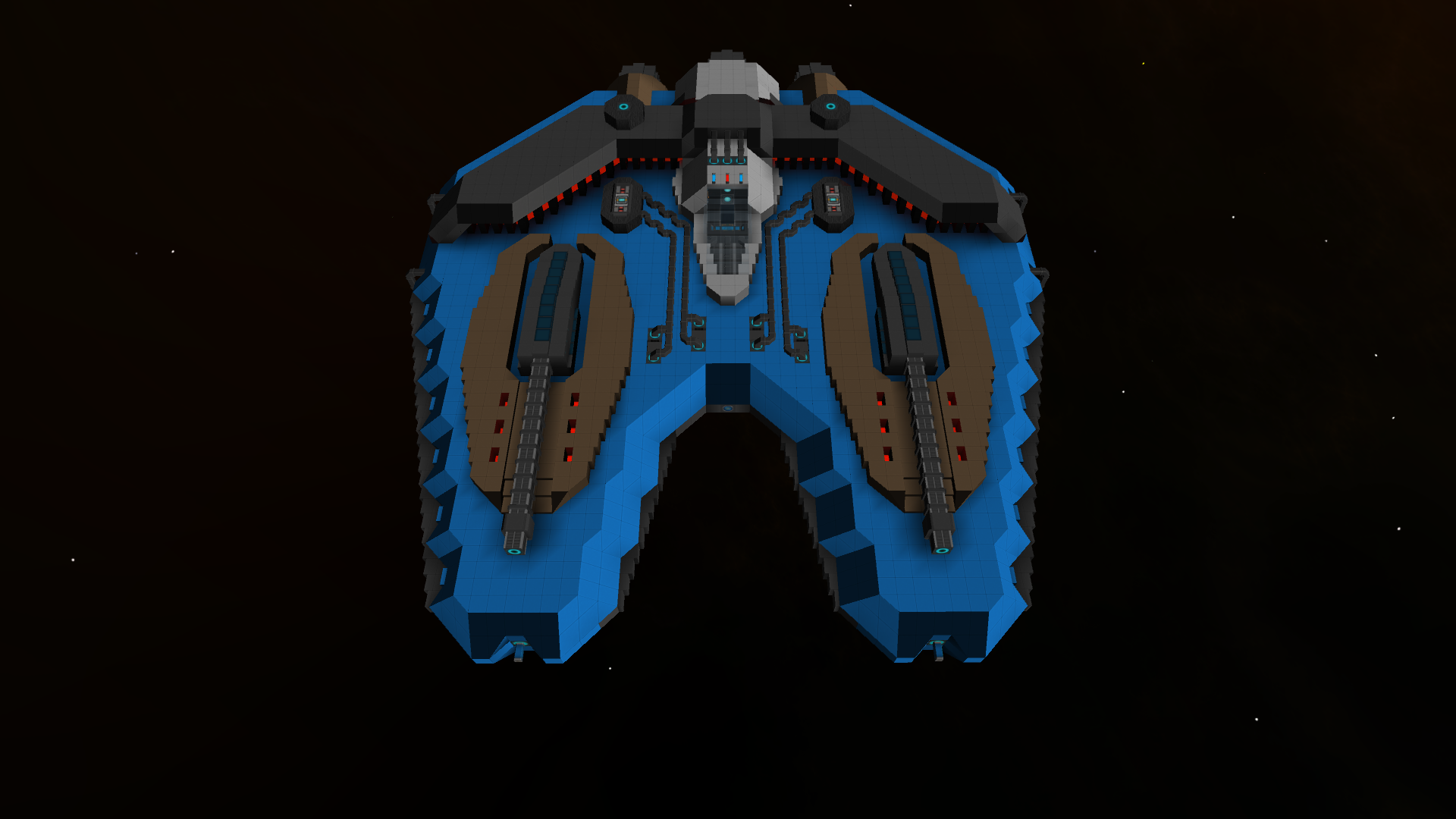 A sneaky little ambush predator, designed to rip really large chunks out of prey several times its size. Only one hit per approach (after which it has to run out of the enemy's range to reload), but those bombs completely ignore the energy defences of even the most well-shielded battleships or megastations.


NOTE: Level down Jumpdrive Multicharge and Top Speed (both chambers by one level), to be able to level up the StealthDrive's usage duration to permanent! Don't use perma-cloaking variants as AI-controlled drones (they're invisible to the owner too)!