*THE WHOLE THING IS A TURRET; the turret-style guns on the sides are fixed parts of the outer shell!

This upload is a package (RAR file) of two blueprints: a free-floating turret (with its base hidden internally), plus an empty shell version (without base part, and core at center).

Use it as you wish (and please, do repaint it, I was just lazy to redo this failed color scheme experiment). 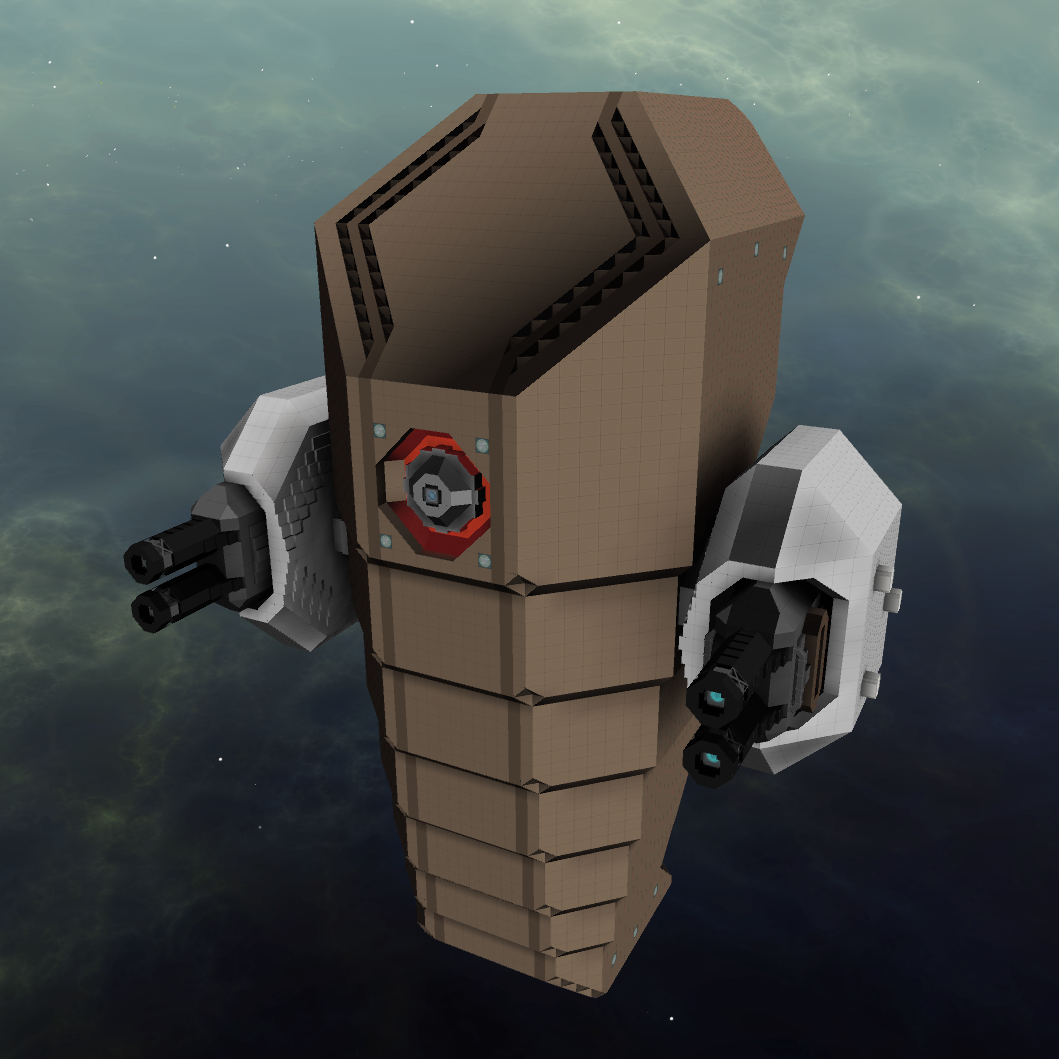