How to take nice(r) screenshots

I had the idea for this for quite some time by now, what finally made me post this was an argument about taking screenshots on discord (not directly related to this though).
I'm fully aware that I'm not the person who "discovered" all of this, but I think I could be the first to put it all into a dedicated thread on here. All key bindings I mention should be default by now, but knowing this game that may very well change at some point, with or without a good reason (thinking of past key binding changes here). Also not putting this into the Fan Art/Screenshots section because that usually is more about sharing screenshots rather then talking about how to take them. If a mod feels like it really should go there and is out of place here I guess you can just move it there.

The easiest way to get a "UI free" screenshot is F6, however, that still includes several build mode tools, such as symmetry planes and the yellow wire frame. To get rid of said elements, press F1+G before taking the screenshot to hide the entire UI, only build mode only things visible with that should be things like shootout rails. If your build uses a lot of unaesthetic shootout rails ruining the view, try placing a camera, switching into flight mode, going to a camera and then pressing P (allows you to change the viewing position for the camera, basically allowing you to fly around like it's build mode without all the build mode things). Now you can get the perfect angle without any visible shootout rails (I only recommend the build mode F1+G method because imo it tends to be a lot quicker than this).
Now that nothing shows up that shouldn't show up, let's go one step further at improving the screenshot. This brings us to the settings, specifically the graphics part, where you'll find a lovely FOV setting. You basically want it to be low (I'd say <=45) for taking screenshots (I'd recommend turning it down for taking screenshots and turning it up again afterwards).


1st up a screenshot with normal FOV setting, second with low FOV, it was pretty much the same angle (kept it the same as good as I could), background difference is a result of having to go further out due to lower FOV effectively zooming in, you may notice that the ship isn't nearly as distorted in the 2nd pic. 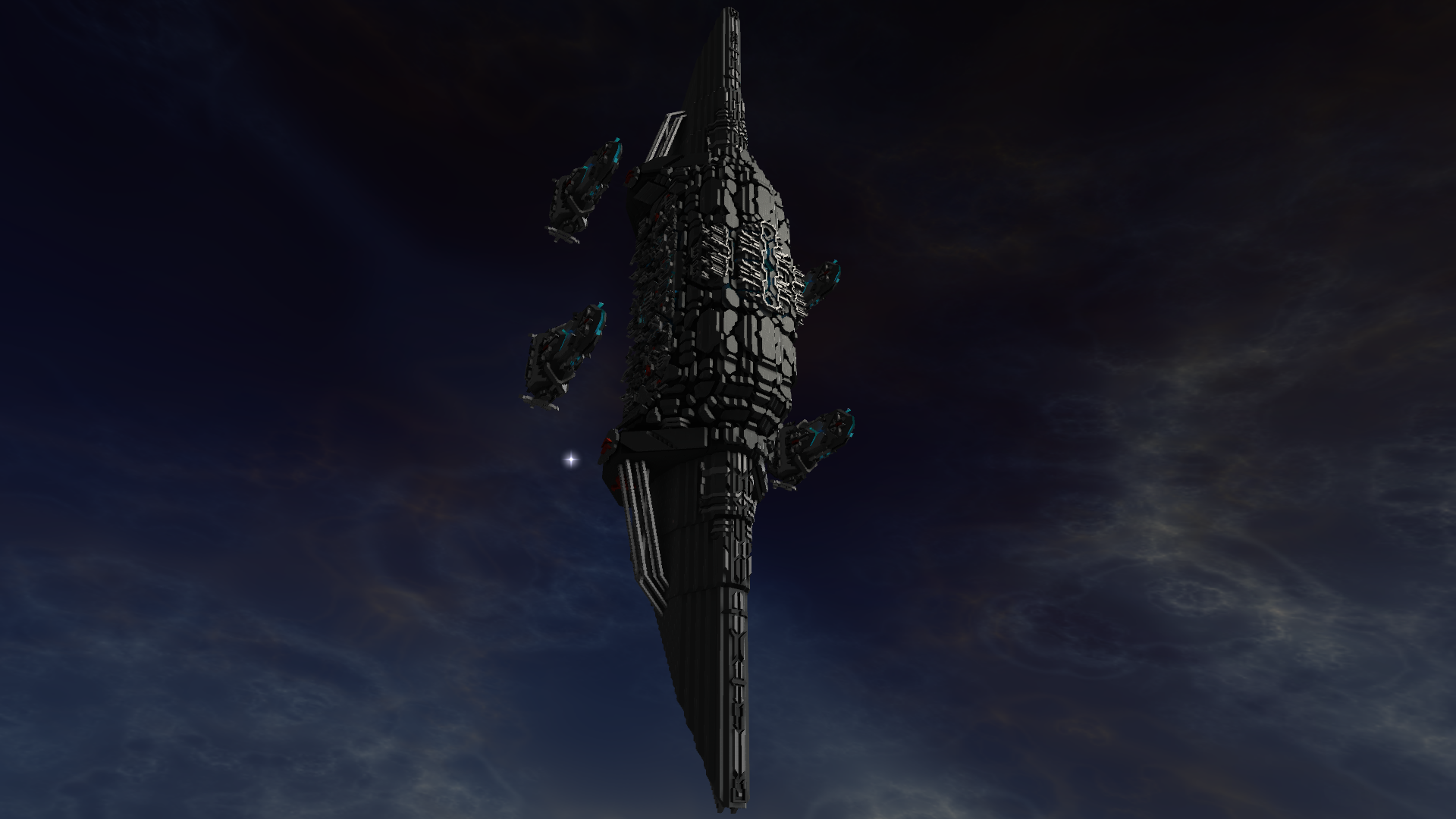 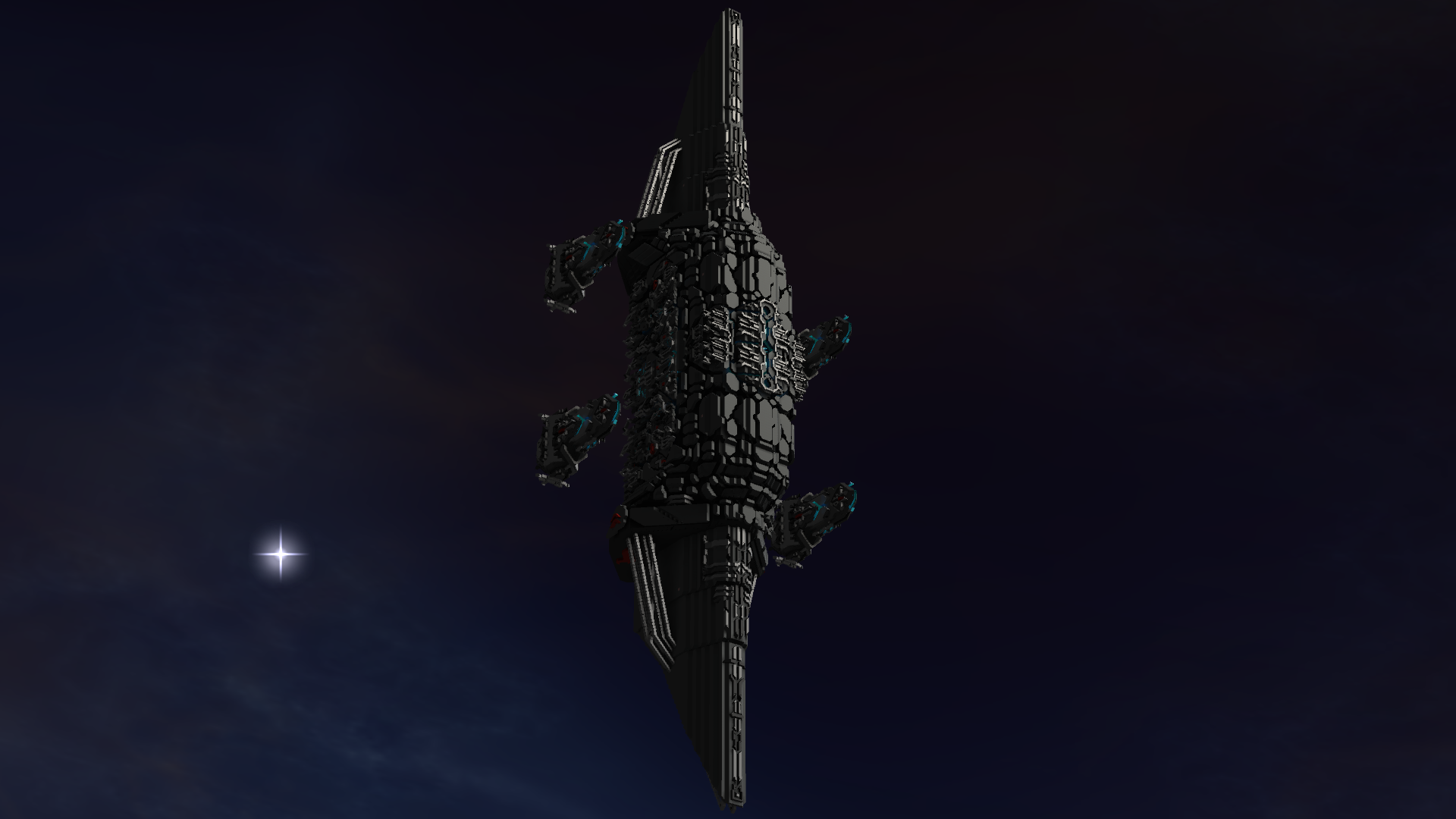 I hope you find this helpful in case you didn't know about these already.


I got feedback that the difference wasn't really visible in the first comparison, so here is more, default FOV first, low 2nd, just as before 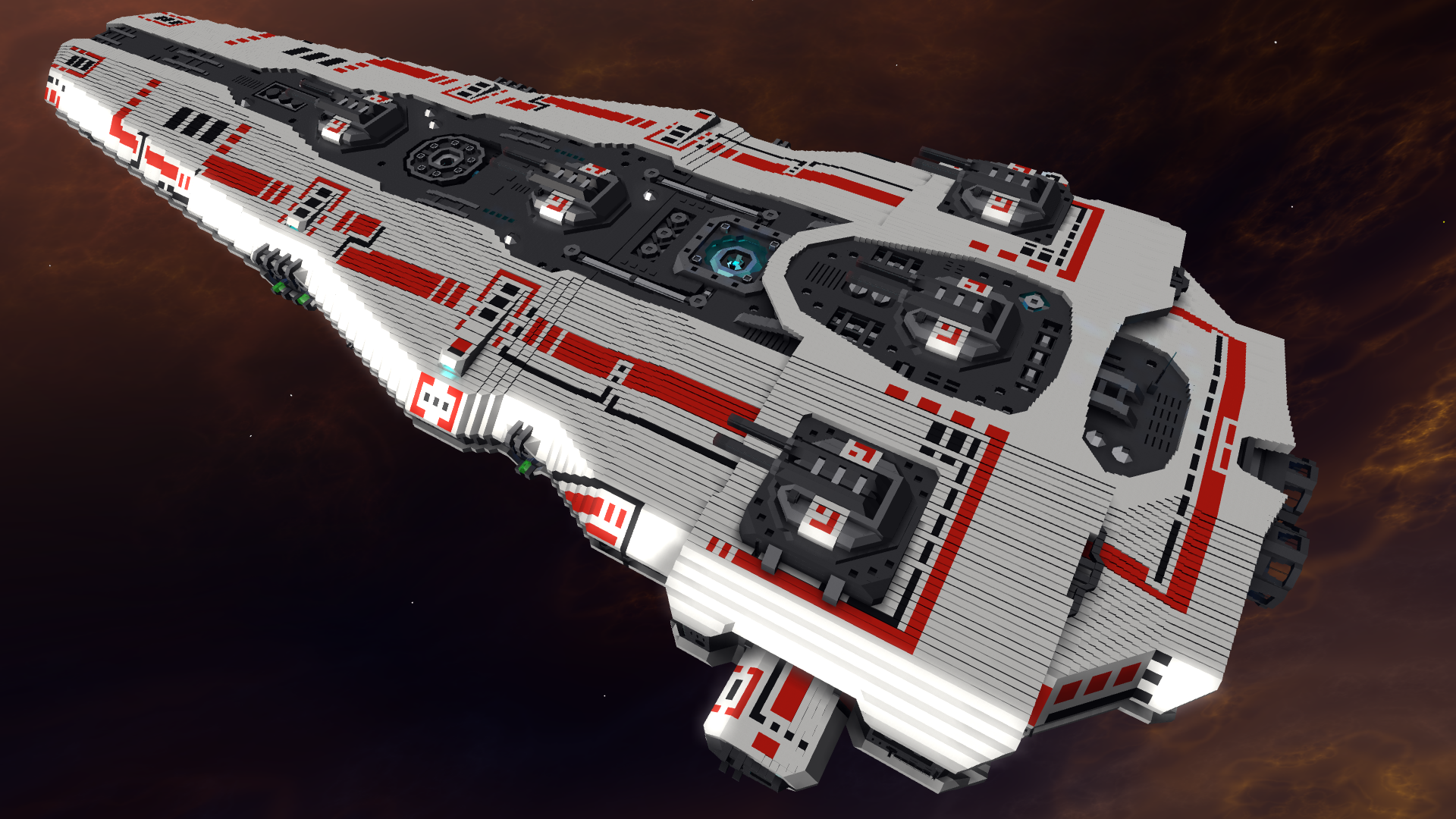 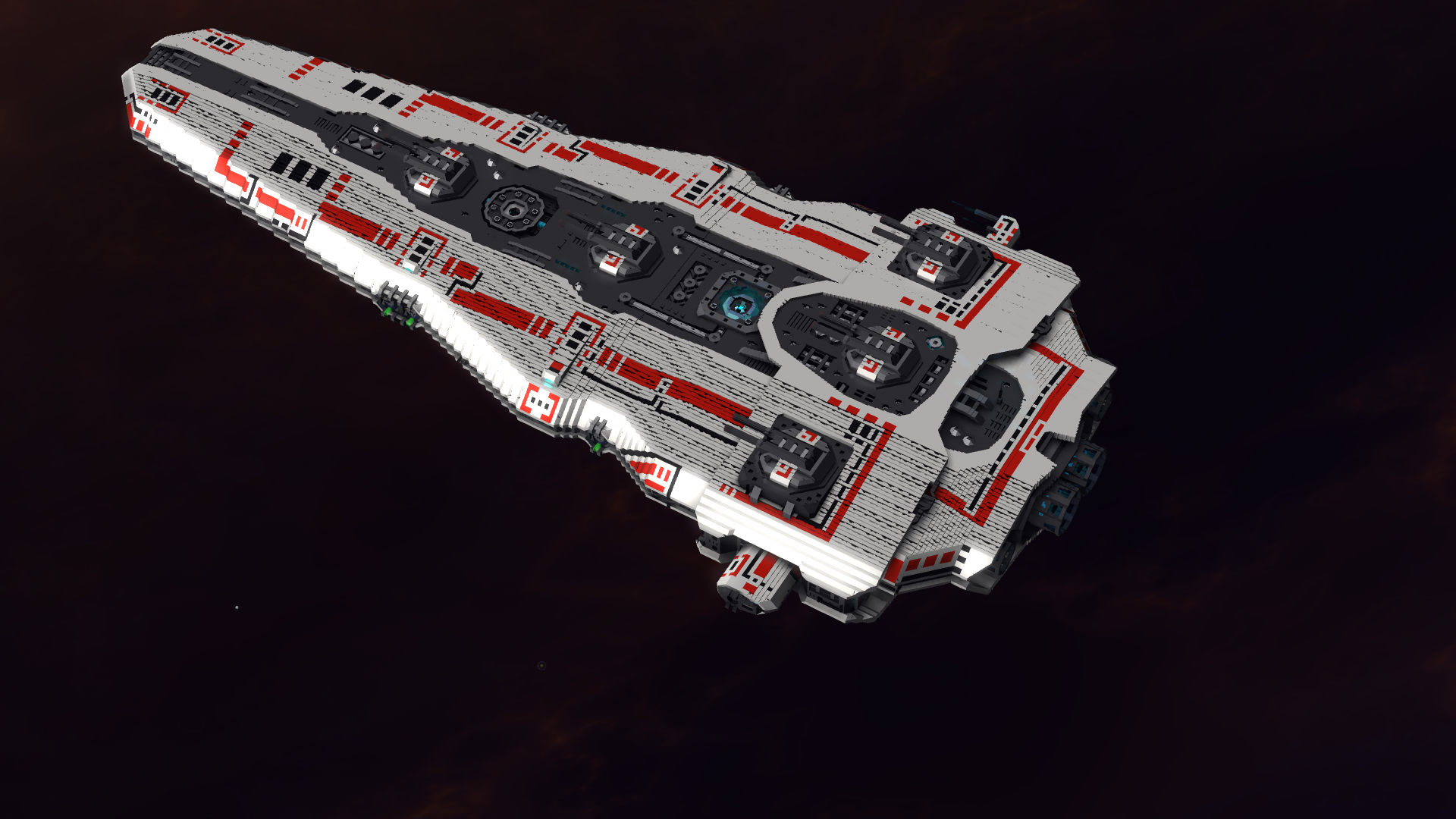 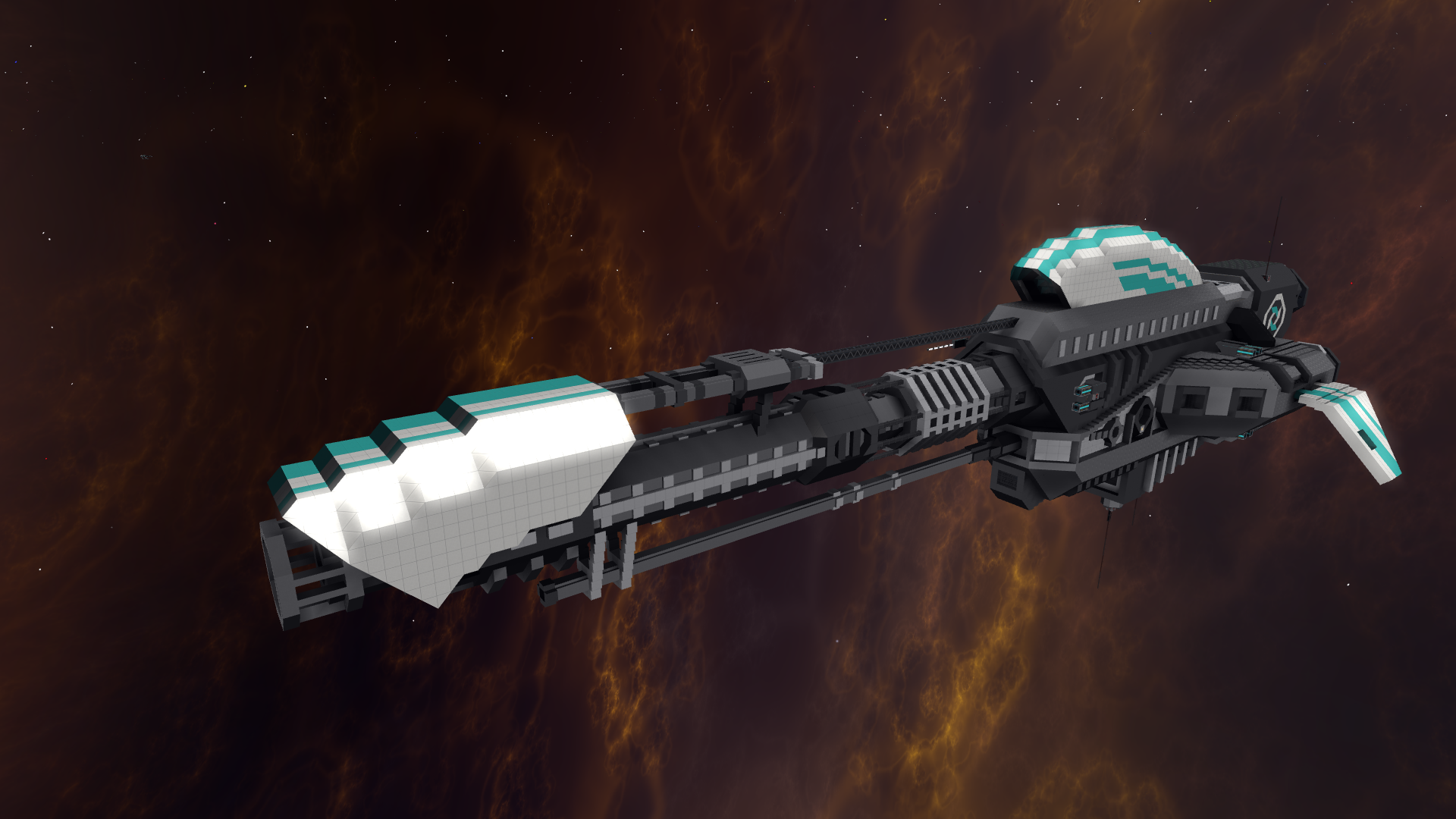 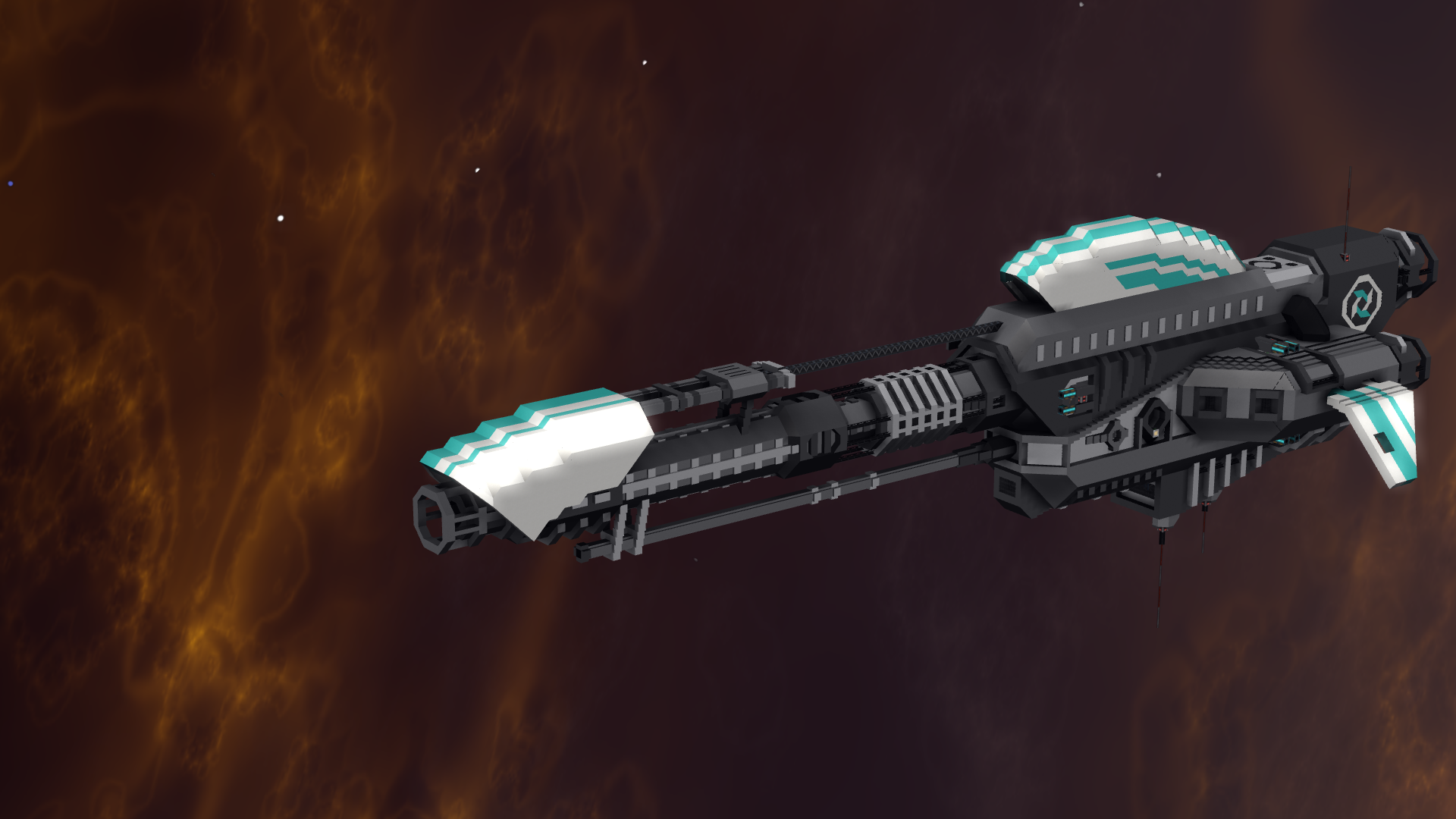 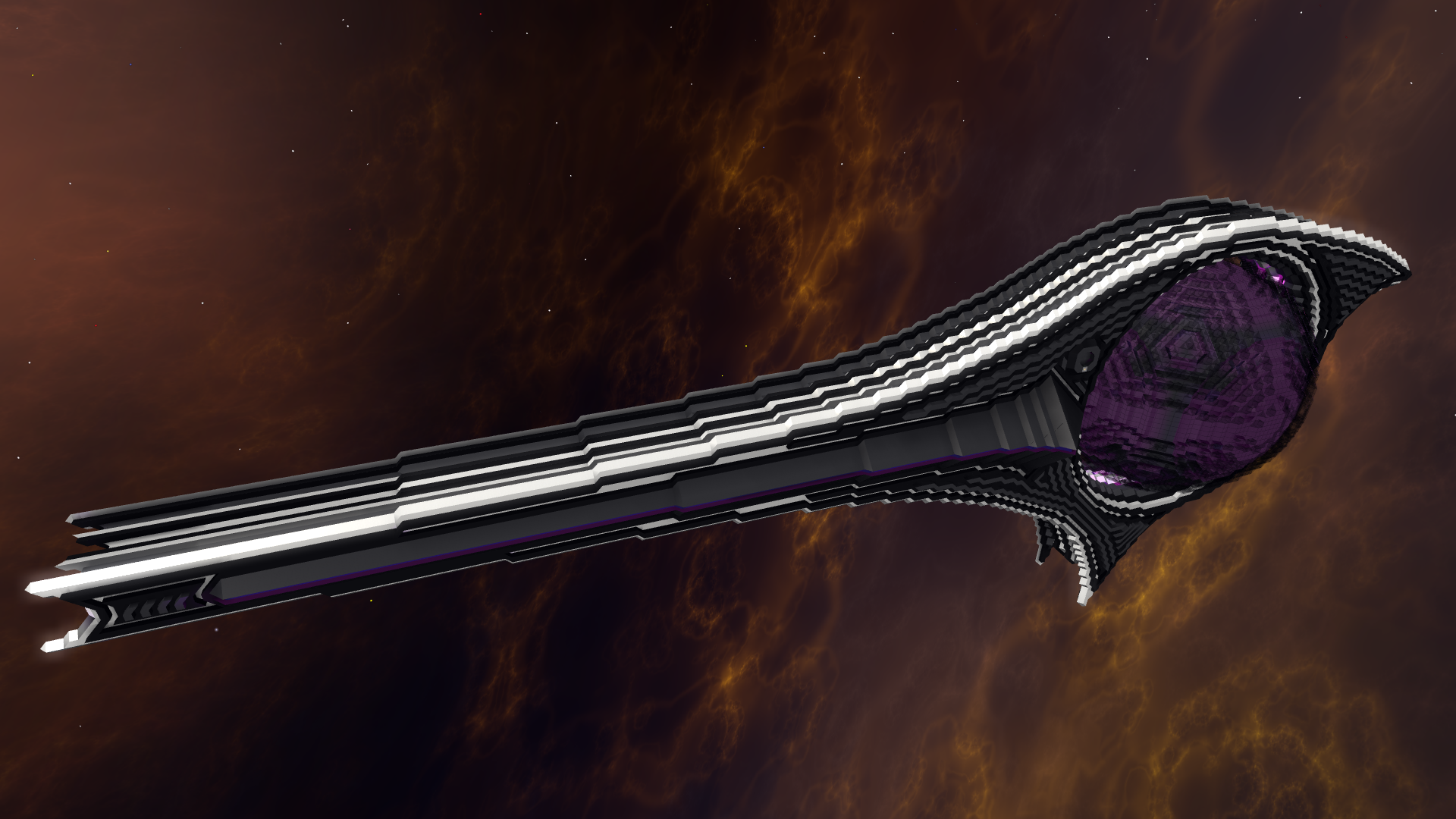 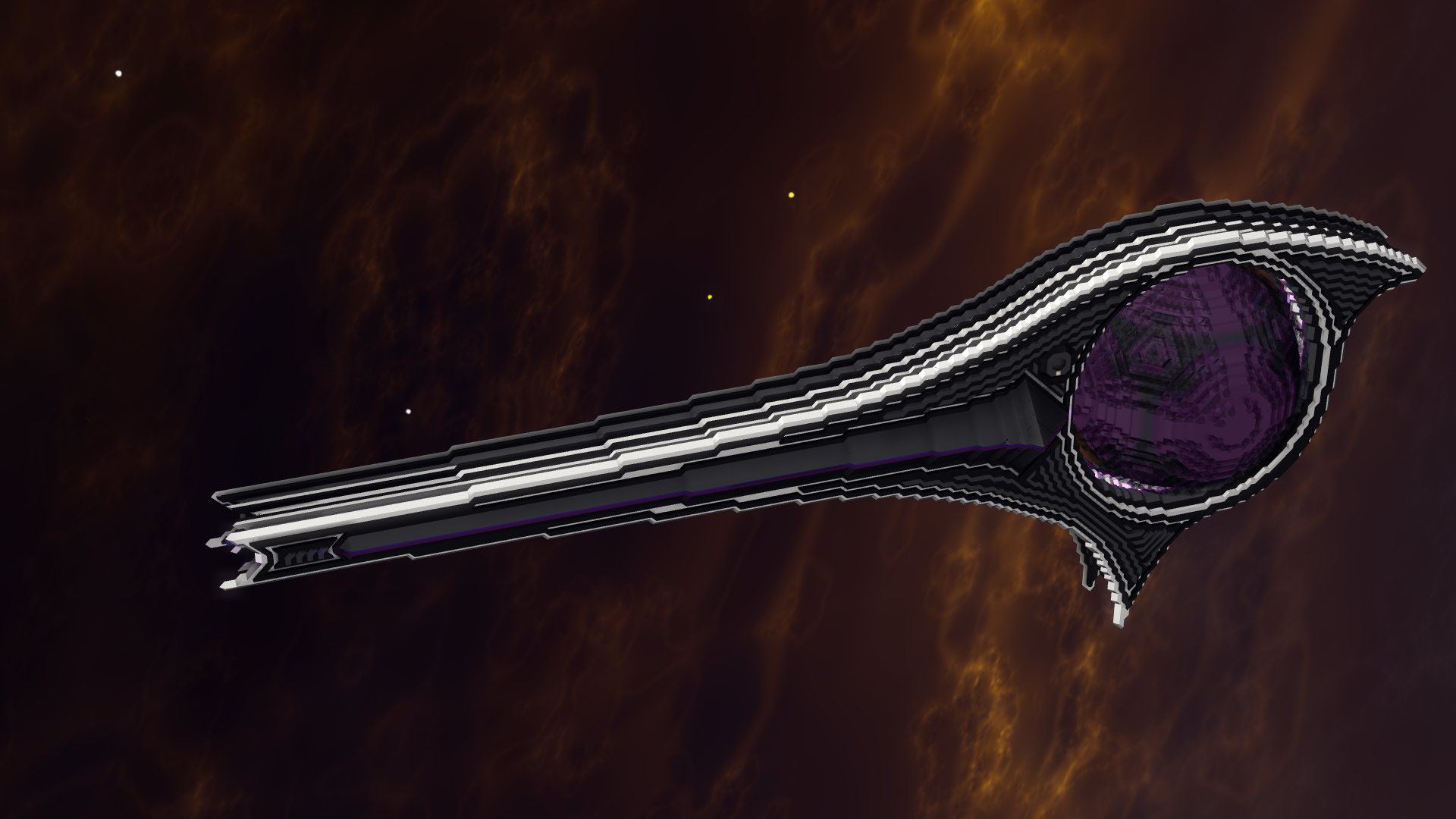 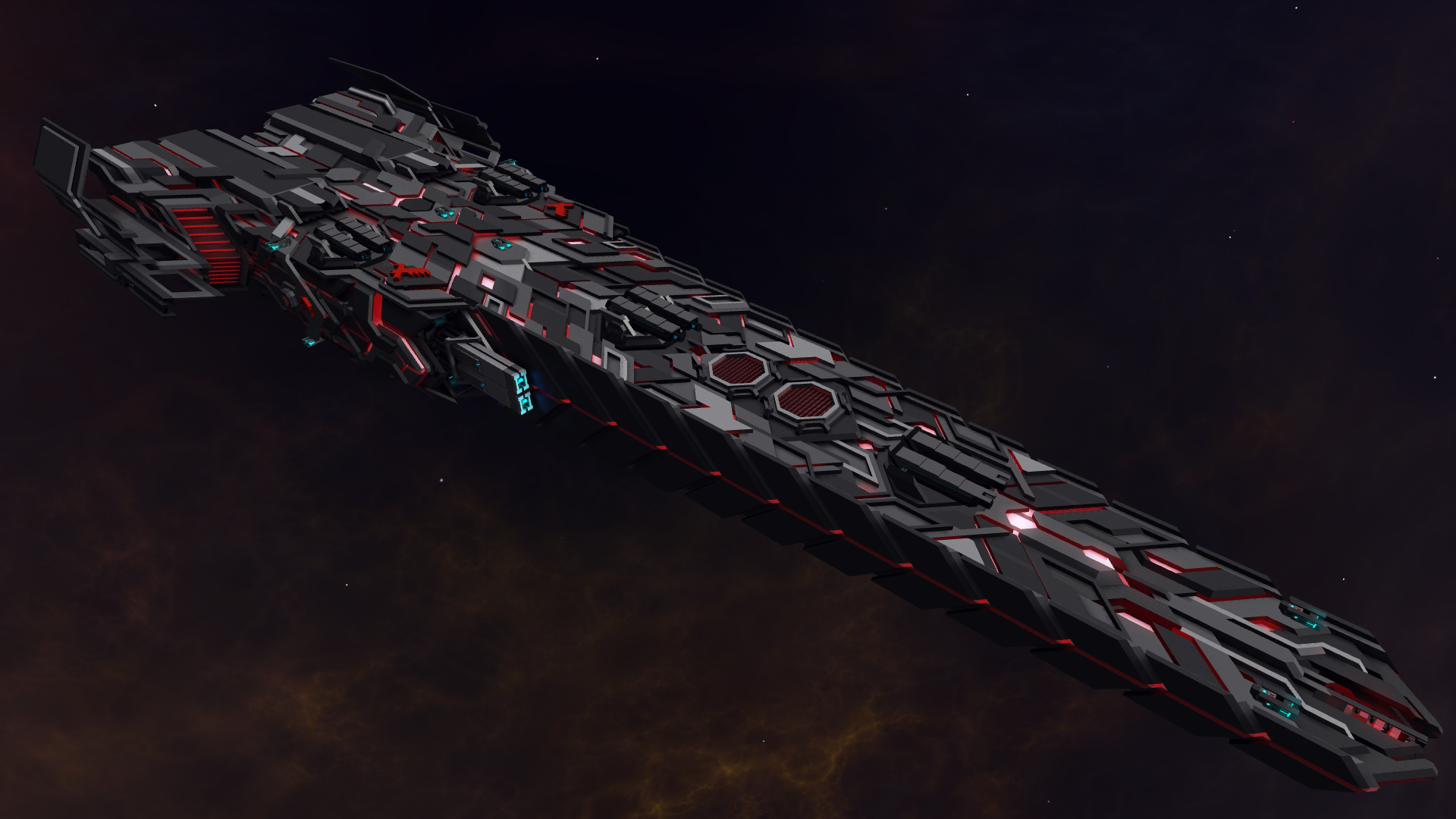 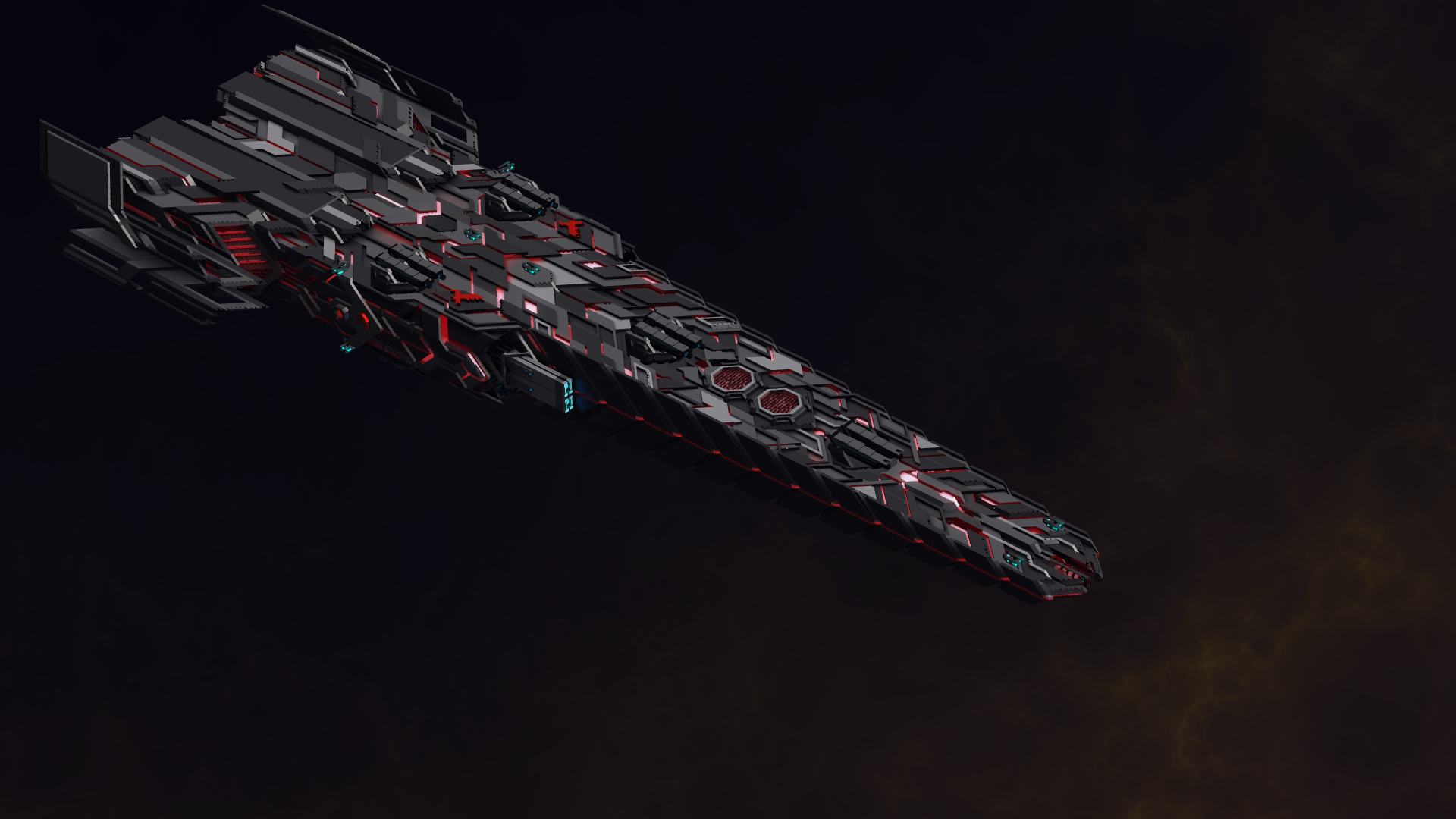 Wow. Finally I can get rid of that yellow box

This is all great information and thank you for sharing it all in one place!
Reactions: Jake_Lancia and MeRobo

If anyone is wondering, lowering the FOV means you are ignoring those (imaginary) particles of light that are approaching your camera from wider angles. Since everything you're seeing is being mapped onto a flat screen those wide angled visuals appear closer than you may prefer in a screenshot. In a sense, you're bringing your image the tiniest bit closer to being orthographic!
Reactions: DeepspaceMechanic

MeRobo said:
Also not putting this into the Fan Art/Screenshots section because that usually is more about sharing screenshots rather then talking about how to take them. If a mod feels like it really should go there and is out of place here I guess you can just move it there.
Click to expand...

I've moved it there and stickied it. It may come to be useful for those browsing that section.
Reactions: Malum Phasma, MeRobo and EricBlank

Thank for the tip wish it woud work on windows 10. Though i dont know if it works as it just highlights the some parts of the screen.

The Boiling Tea-pot said:
Thank for the tip wish it woud work on windows 10. Though i dont know if it works as it just highlights the some parts of the screen.
Click to expand...

That is weird, considering that it works perfectly fine for me on Windows 10. Only thing I can think of from the top of my head is that with really old controls F1 key and Tab could be switched, the correct key of those two is the one that shows the player list.