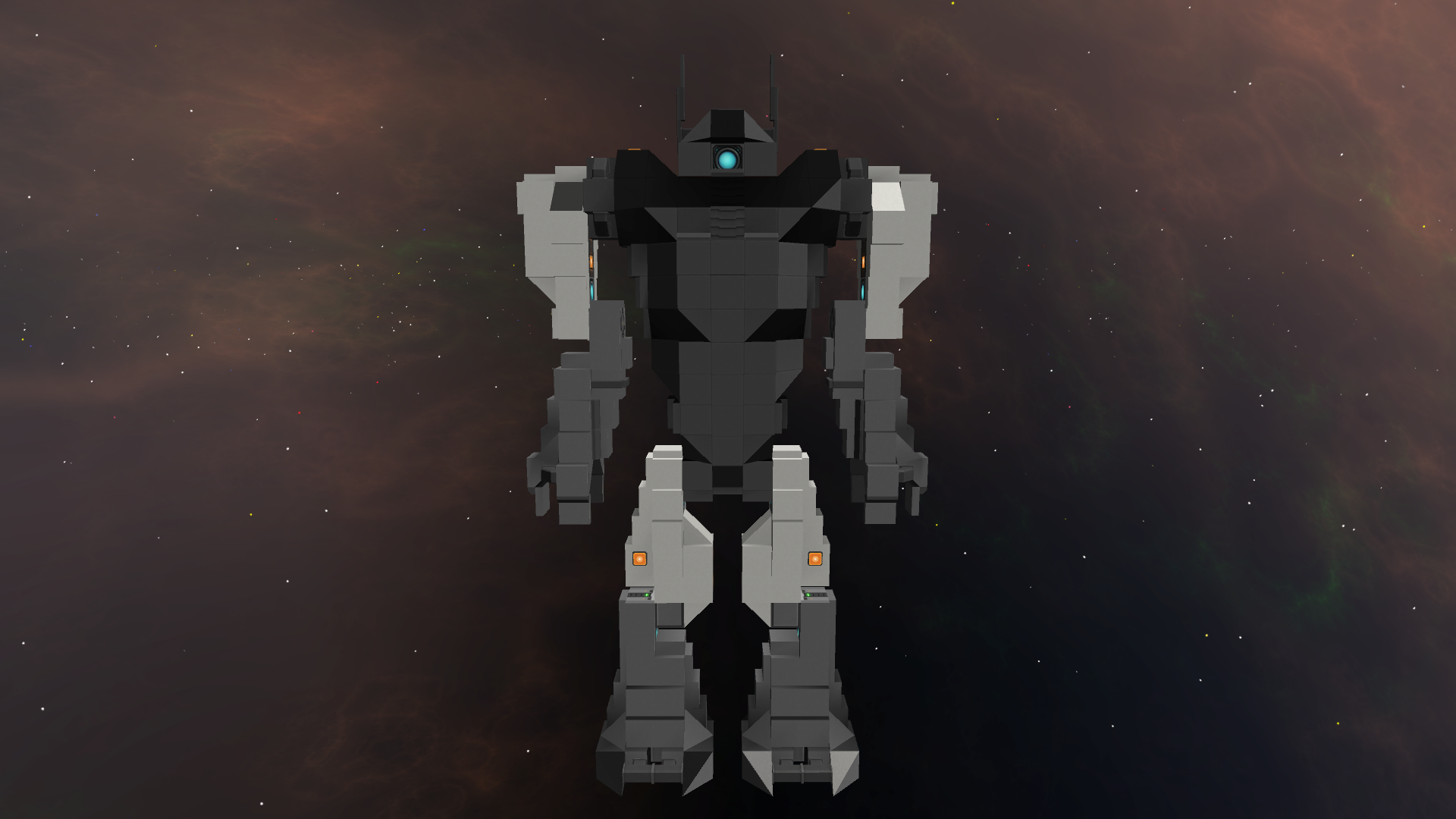 Standing 22 meters tall (24 including his antennas), his size might be intimidating for Dave, but as far as StarMade robots go, he's almost as compact and cute as is physically possible on this level of functionality.

He has functional shoulder, elbow, hip and knee joints on both sides, all of them controllable from the hotbar.

And even with a maximal thrust-mass-ratio, and 2500 shield cap at 15 hp/s net recharge, he still has 48 blocks worth of empty space in the torso, enough for the logic circuits required for who-knows-what animations.

"Disco dancing" comes to mind, but honestly, that would probably need as many joints as my Samurai Mech has. But here's a variant in which I programmed an animation mimicking running/jogging: "Johnny Runner" mech suit - THE ANIMATED VARIANT

I'd love to see if someone manages to get some other cool movements out of those 8 joints!

(This download is a RAR package, containing the .sment file as well as the original blueprint folder, because sometimes inter-entity wireless connections get unlinked by .sment exporting) 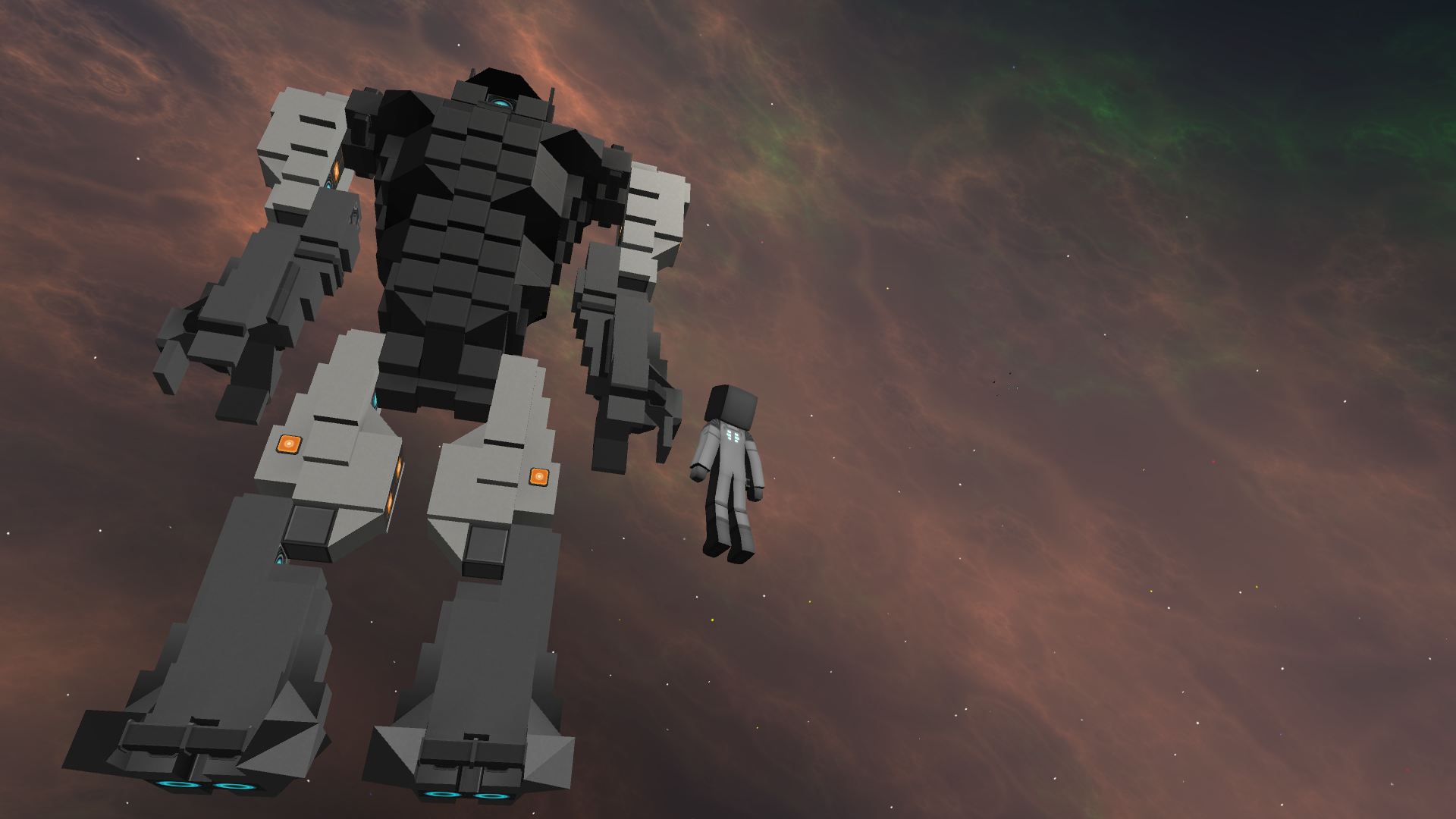